Although a lot of people confuse cold brew coffee and iced coffee, the two are very different. Making cold brew coffee involves allowing coarse coffee grounds to steep in cold water for up to 12 hours, then straining it. Then, if you’d like, you can add in cinnamon for an additional level of flavor. The result is a deeper, more robust flavor profile.

What Is Cold Brew Coffee? 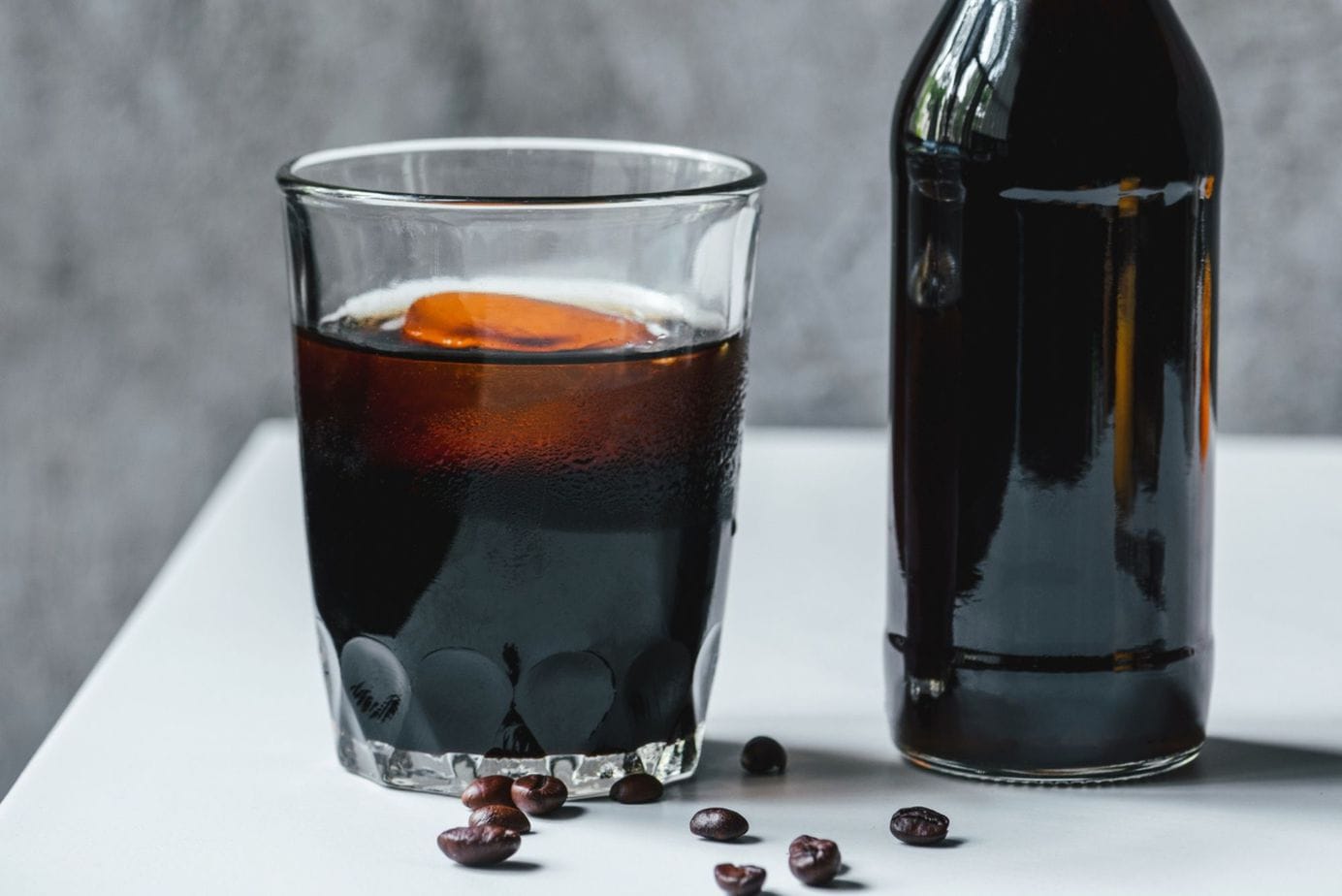 For starters, you need delicious coffee beans to make an excellent cold brew. Grind the beans yourself, or at least buy a premium blend. The grind size matters and coarsely ground Turkish or Colombian coffee works well. Put a generous amount of ground coffee into cold water and leave it steeping overnight. The longer you let it steep, the more intense the flavors will become.

When it’s time to drink, simply strain the cold coffee and serve.

The Dutch and Japanese both claim to have invented cold brew coffee, but most historical records point to Japan. The Japanese most likely developed the original cold brewing process in the 1600s in Kyoto. Just like how we do it today, Japanese brewers would let the flavors infuse together for hours. Sometimes they even did this publicly to build up anticipation around the cup of coffee.

Cold brew coffee wasn’t just created for its delicious flavor, though. Early inventors quickly realized that they could make this type of coffee into a concentrate for long-term use, and it traveled well. As shipping routes started to open up, cold brew coffee became a must-have for those seeking to explore far-flung corners of the world.

Cold brew coffee doesn’t taste like iced coffee or hot coffee. It’s much more mellow, has less acidic compounds, and has more robust underlying flavors. When you brew coffee, it oxidizes and loses some of its more subtle characteristics. Oxidation happens whether you serve the coffee hot or chilled.

Although oxidation still happens with the cold brew method, it’s a lot more gentle and less damaging to the grounds. Of course, you still lose a little bit of that coveted coffee flavor, but you will definitely taste the difference. Cold brew devotees often mention that they can taste elements of chocolate or spice in their coffee.

If you’re feeling adventurous, you can add a few finishing touches to personalize your cup.

Although iced coffee can be refreshing on a hot day, it’s certainly no match for cold-brewed coffee. When you make iced coffee, you’re taking a hot brew and chilling it or serving it over ice. The same oxidation that occurs in hot coffee carries over to iced coffee. You generally lose some of the subtlety of flavor, and often the coffee itself is watered down with ice.

A good iced coffee hack is to freeze leftover coffee and use it instead of ice. Using coffee cubes will keep your coffee flavor robust, but you will still not have the depth of flavor that you get from cold brew coffee.

As we noted earlier, the key to a good cold brew coffee is timing. Instead of boiling the coffee, it steeps slowly. Even though you serve it at the same temperature as iced coffee, it has a more dynamic and robust flavor. Even adding ice to cold brew won’t hurt the coffee taste very much; it only enhances the experience.

Although it’s preferable to make your own cold brew coffee when you can, you can also buy cold brew concentrates and premade coffees at most stores or your favorite coffee shop. Simply mix the concentrate with some milk, and you’re ready to sip away.

Pre-made concentrates are often commercially produced, and you can’t effectively adjust the strength, so if you have an extra 12 hours to wait for the perfect cup, you’re better off making it on your own.

Although cold brew coffee has been around for centuries, it’s the latest sensation to shake up the coffee world. You can buy cold brew at boutique coffee cafes and higher-end shops, like Starbucks or Trader Joe’s, but it’s just as easy to make it on your own. Once you’ve tasted cold brew coffee, returning to your regular old morning cup will be challenging.

The Keurig And Its K-Cups: How The Brewing System Works

How To Make (And Improve) Instant Coffee Powder