Are you looking to add a simple and convenient coffee companion to your kitchen? In your search, you may have come across these two startlingly similar models: the Keurig K50 vs K55. These are both relatively affordable entry-level models, but they can be pretty hard to tell apart. 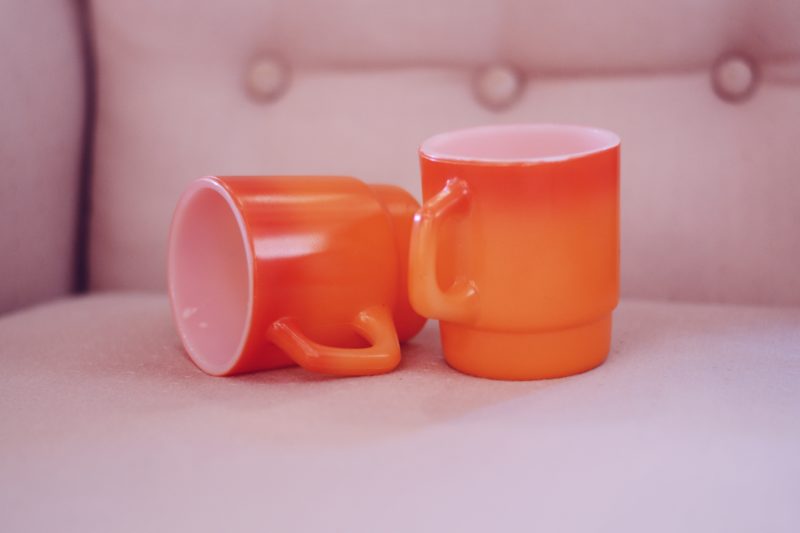 We’re here to help make your decision a little bit easier. Read on for the full break down between the K-Classic (K55) and its predecessor, the K50.

Above all, the hype around single-serve coffee is based on convenience. Over the past several years, Single-serve coffee machines have evolved into many different forms. Some simply downsize regular drip brewing mechanisms. Others have designed who lines of proprietary pods or capsules to accompany their machines.

Single-serve coffee makers, especially pod-based ones, won their popularity due to their efficiency and user-friendliness. Brands like Keurig and Nespresso work by piercing both ends of a coffee pod, heating water, and pouring the heated water through the pierced pod and a built-in filter. Then, it flows right into your cup.

Fair warning, single-serve coffee isn’t going to get you the freshest or tastiest brew out there. But it will likely get you one of the fastest and easiest. So whether you continue on your hunt depends entirely on your lifestyle needs and personal preferences.

Should you get one?

If your main concerns are convenience and speed, single-serve brewing will likely suit you. These brewers will ger you a solidly OK cup of joe as you are running out of the door in the morning. So they’re perfect for people who just want something simple and easy. Plus the lower brewing temps mean less cool-down time.

However, if you have relatively high standards on flavor and reliability, single-serve (especially these Keurig 1.0 models we’re looking at in this article) might not be the way to go. If you want a bit more versatility and reliability with the same option to brew a single serving, you may want to invest in something like a Ninja coffee maker.

About the Brand: Keurig

Keurig was born in the early 1990s and was initially marketed towards small offices for company break rooms. However, they eventually expanded into the home market, where their products have taken off.

Over the past several years, Keurig has become a household name in single-serve coffee, especially in the American market. They offer a number of single-serve brewers for both at-home and in-office use. Plus, the sell plenty of accessories including carafes, filters, and coffee pods.

Now, their machine range accommodates a number of budgets and styles from super basic models to bells-and-whistles galore. Overall, while these brewers might not satisfy your local café hipster, they get the job done for most average coffee drinkers. And the convenience factor is a pretty huge plus.

The older Keurig K50 measures 9.8″ x 13″ x 13.3″ and weighs 7.6 lbs. It has the standard removable drip tray and a 48-ounce removable water reservoir. It is advertised as having a less than 60-second brew time (though it is known to take slightly longer than that). 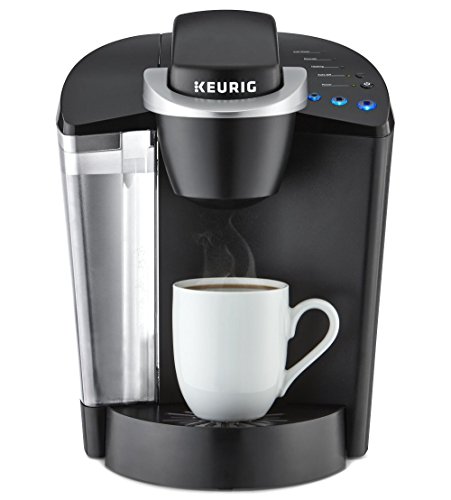 Keurig K50 The All Purposed Coffee Maker, Black
Check Price on Amazon If you click this link and make a purchase, we earn a commission at no additional cost to you. Last Update: 2022-12-05

Keurig K-Classic Coffee Maker K-Cup Pod, Single Serve, Programmable, 6 to 10 oz. Brew Sizes, Black
Check Price on Amazon If you click this link and make a purchase, we earn a commission at no additional cost to you. Last Update: 2022-12-04

Both the K50 and K55 can brew 6, 8, and 10 oz cups. However, neither of them allows for any strength, temperature, or pressure customization, meaning they tend to put out relatively weak brews. Nonetheless, they can both handle coffee, tea, hot water, and some specialty drinks (like iced coffee). So they should cover your basic coffee needs.

As far as the actual brews, the K55 seems to put out better quality cups than the K50. As mentioned above, there tends to be a plastic aftertaste with the K50 brews. Additionally, the K55 is compatible with the My K-Cup while the K50 is not. That means you’re potentially able to use fresher grounds with the K55, making for a better brew than you can get with the pre-packaged pods.

The consistency and quality of a coffee brewing product tend to be the number one concern for people when buying a brewer. Overall, Keurig products aren’t designed to last you a lifetime. They are primarily composed of plastic parts, meaning they wear out relatively quickly.

Unfortunately, this construction choice negatively affects one of these machines far more than the other. Users have consistently expressed dissatisfaction with the K50 on this front. Despite the very similar construction, the K55’s tend to far outlast their predecessors.

Visually, the K50 and K55 are nearly identical. The K55 does come in more colors, adding rhubarb and white in addition to the classic black. Though the K55 is slightly larger and weightier than the K50, the difference is virtually unnoticeable.

As far as control panels go, these machines are also twins. They both have 5 control buttons: 3 for sizes, one power button, and one to control auto-off. There are also 5 indicator lights: add water, descale, heating, auto-off, and descale.

One notable improvement between the K50 and K55 is the addition of an auto-descaling feature. This significantly improves the ease with which you can perform maintenance on the machine. This likely also contributes to the improved reliability of the newer model.

Overall, the K-Classic is the better of these two choices. At this point, the K50 has become a little too dated. While at one point it was definitely at the forefront of single-serve brewing, its successor has since overtaken it. While the machine is not useless by any means, it simply is no longer reliable or versatile enough to warrant the investment.

Also, as Keurig has begun phasing out the machine, it is becoming increasingly harder to find in stores or online.

The K-Classic or K55, on the other hand, remains one of Keurig’s best sellers with little to no signs of being retired any time soon, even with the introduction of the Keurig 2.0 line. Plus, it is still quite affordable. So if you are looking for a basic, convenient single-serve pod brewer, we recommend the K55.

Keurig K-Classic Coffee Maker K-Cup Pod, Single Serve, Programmable, 6 to 10 oz. Brew Sizes, Black
Check Price on Amazon If you click this link and make a purchase, we earn a commission at no additional cost to you. Last Update: 2022-12-04
Like Free Coffee? Get your first bag free with an Atlas Coffee World Tour Click here to get the deal

Siphon Coffee vs. Pour Over: Which Will Be Your New Favorite?