Papua New Guinea (PNG) is a country in Oceania and the third largest island country on the planet. It was classed as the sixth-fastest-growing economy in 2011, as well as being one of the most culturally diverse countries in the world.

It is one of the most rural countries in the world too and so agriculture plays a huge part in the country’s economy; coffee has now become its highest foreign exchange earner. Papua Coffee accounts for a big part of the world’s coffee production, and for that reason, it has an important role to play on the world’s coffee stage.

Coffee production on the island dates back to 1926/1927 when Jamaica Blue Mountain coffee seeds were first planted. Also in 1926 in the foothills of the southeastern settlement of Sangara, 18 commercial plantations were established. This was very important in what would become the start of commercial coffee production in 1928.

The next few decades led to a development in the infrastructure surrounding the production of coffee. In the 1970s, Papua New Guinea saw a huge increase in sales – they benefitted massively from Brazil’s slump in production that was down to the unfortunate damage of frost on their coffee plants.

This did not last long. The following years saw many ups and downs for PNG coffee. In the early 1980s, production decentralized towards small, local farmers. A few years later, the coffee boom in the West led to farmers incurring debt they couldn’t pay off. Not long after, coffee rust affected many areas previously unaffected.

However, in recent years the private and public sectors of the island have cooperated to move towards a coffee industry that is much more sustainable. They have aimed to extensively educate farmers on prolonging the agricultural productivity of the land, as well as improving soil nutrition management and retention. Important stuff!

The majority of the coffees of Papua New Guinea are grown in the Eastern Highlands, where approximately 70% of the population is dependent on it for their livelihood. With an estimated population of 9 million, a huge chunk of that (2.5 million) are employed in the coffee industry. As of 2020, this includes:

There are 12 areas of Papua New Guinea that are active in the production of coffee beans, but five highland areas, in particular, make most of the numbers. These areas are:

Papua New Guinea is also unique in that it produces a hefty amount of Arabica beans. Mild Arabica highland coffee accounts for 95% of all coffee production on the island, with Robusta making up the other 5%.

Where All The Coffee Goes

The high-quality Arabica is sold primarily to European countries such as Italy, Germany, Switzerland, and France to make delicious, caffeinated beverages like espresso, latte, and cappuccino that we all know and love. The amount sold to America is used mostly for big companies such as Starbucks.

The coffee gardens still produce most of the coffee beans in Papua New Guinea. Although the gardens are small, farmers and producers generate over 85% of the island’s overall coffee.

Most of the producers either sell their wet parchment (the papery substance that surrounds the coffee bean) or coffee cherries to community cooperatives or wet mills.

These coffee beans are often wet-processed. This is when the coffee cherries are sorted between what is usable or not through immersion in water. The unripe cherries will rise to the surface, while the good, ripe stuff will sink. Nice and simple.

But a unique aspect of processing Papua New Guinea coffee is what happens after it has all been washed. After the pulp is removed from the coffee beans by washing it, the beans themselves are left in wooden boxes alongside it, where it all ferments for approximately 24-36 hours.

The pulp – known as mucilage – is a sticky, sugary substance. So, when the delectable Papua New Guinea coffee beans are left in those boxes for long enough, they start to take on a much sweeter and fruitier taste. Pretty cool way to get that flavor, huh? 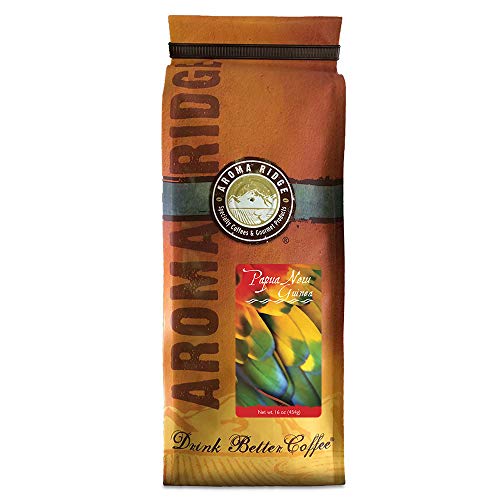 Similar to Indonesian coffees, Papua coffee contains a lot of oils that appear as early as a medium roast. Typically it has a full body with a delicate sweetness.

It has a complex taste that is also clear and bright. Sounds like sipping a nice summer’s morning…

But, unfortunately, there may sometimes be some taste-related issues with these beans. Since much of the coffee is produced in small batches in small areas, processing can be inconsistent and so there is a risk of the beans taking on some pretty odd flavors. It’s best to avoid those.

The Piping-Hot Possibilities Of PNG Coffee

Luckily for you (and us!), you needn’t look too far at all for some great quality Papua New Guinea coffee. There are lots to choose from online, with enough varieties to satisfy everyone’s cravings.

As we mentioned above, plenty of high-quality and delicious coffee is grown in Papua New Guinea, and the Korgua PB beans from Novo Coffee are no exception. This rich joe hails from the Korgua Estate in the Nebilyer Valley, and it’s packed with cherry and citrus flavors.

Fun fact: this is a peaberry coffee, which means the beans are round and dense rather than flat like regular beans. Some coffee lovers swear they make the best brew!

Papua New Guinea Organic Estate Coffee Beans (Dark Roast (Espresso), 5 Pounds Whole Beans)
Check Price on Amazon If you click this link and make a purchase, we earn a commission at no additional cost to you. Last Update: 2022-12-06

RhoadsRoast coffees are sourced from Papua New Guinea’s Western Highlands, where the altitude is over a mile high. For those of you who prefer more substance and density in your morning cup, this one is for you.

Not to mention that this coffee is particularly sweet and aromatic, with delicious hints of black-strap molasses as well as slight spice and subtle fruity undertones. 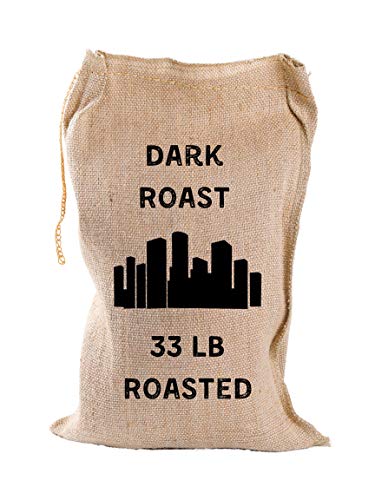 Iron City Coffee Bulk Roasted Coffee Whole Beans, Dark Roast, 33 Pounds Specialty Craft Coffee
Check Price on Amazon If you click this link and make a purchase, we earn a commission at no additional cost to you. Last Update: 2022-12-05

Hold the medium roast! This bag of goodness is another dark roast that is sure to provide you with the kick you need. Iron City Coffee was founded on the goal of bringing the highest quality and the largest variety of coffees from around the globe in one place – this PNG coffee is in good hands.

These premium whole beans are ideal for grinding to brew comforting and delicious lattes, cappuccinos as well as pick-me-up espressos.

Aroma Ridge, Papua New Guinea Coffee, 1 lb Whole Bean
Check Price on Amazon If you click this link and make a purchase, we earn a commission at no additional cost to you. Last Update: 2022-12-06

Certifiably organic and particularly sweet, AromaRidge’s PNG coffee isn’t one to miss out on. AromaRidge is proud to say that their coffee is grown without the use of any chemicals; their coffees originate from the first Jamaica Blue Mountain saplings planted on the island way back in 1927.

Full-bodied and freshly roasted for each order, a bag of these beans will guarantee you many tasty cups of coffee indeed.

The success of the island’s various coffees comes from the passion, time, and effort that is put in farming and producing the crop. Working extensively to educate farmers on prolonging the agricultural potential of the fertile land will keep the island as a prosperous place where various coffees thrive.

We hope that you’re just as interested in Papua New Guinea’s coffee as we are and that you can’t wait to give it a try yourself. Is there anything better than grabbing your favorite mug and giving a new coffee a whirl? We’re trying hard to think of something that beats that, but I don’t think we can.

Oh and as always… happy caffeinating!

Smeg Coffee Maker Review: Does The Taste Match The Style?