Most coffee connoisseurs are already familiar with some of the certifications that most coffee growers must adhere to in order to be sold to the markets as distinguished-level coffee. For example, some that you may recognize are Rainforest Alliance, Fair Trade, and USDA Organic.

But there’s one characteristic of high-quality coffee that the average cup-of-joe drinker may not be aware of: shade-grown coffee.

Though its name is simple and straightforward, shade-grown coffee is a very important movement in coffee agriculture. The reason behind its importance isn’t only that it creates high-quality coffee, but it is a natural process that promotes the overall health of the environment.

Looking To Buy Shade-Grown Coffee? If you want a tasty, freshly roasted shade-grown coffee you can buy online, try something from LifeBoost and thank me later.  Click here to check it out and save 40%.

Most coffee consumed today is usually sun-grown coffee. This form of “sun coffee” comes from the mass-production farming strategy that consists of cultivating large amounts of coffee beans. Usually, these locations are in areas with more access to sunlight, rainfall, and high elevation. However, coffee plants do not originally grow in this manner.

In fact, coffee plants are subtropical trees/shrubs that grow in a dense, rich ecosystem of a wide variety of other rainforest plant species. They easily prosper in shady locations, especially under a canopy of taller trees. Historically, almost all coffee was shade-grown coffee. As time has progressed, however, the spike in the coffee craze led to the need for a faster, more efficient way to grow and package coffee beans to satisfy the mass of consumers.

Long story short, shade-grown coffee is just growing coffee in its natural, most comfortable and original growing environment. And since it incorporates a diversity of plant species, the coffee shrubs are allowed access to more natural ecological relationships within the surrounding ecosystem. Not only this, but it also allows for a variety of insect, mammal, plant, and bird species to have a place to call home. With the welcoming of a wide variety of plant and animal species, nutrients can be easily spread throughout the ecosystem.

Welcome to the wonderful world of shade-grown coffee, where the flavor is delicious, but will also make you and the environment feel great. From its ease on the Earth’s natural ecosystems to the added pep it puts in your step, there are numerous reasons to fall in love with shade-grown coffee.

Ah, one of the most important traits of shade-grown coffee, or coffee in general. Though many coffee aficionados have their own opinions of flavor and growing methods, it’s important to note that quality always outshines quantity when it comes to the overall taste of the beans.

The shade-grown method permits coffee plants to thrive and grow comfortably in their natural habitat, a stark contrast to the harsh conditions they must endure through the sun-grown method. Due to this, shade-grown beans do have a very high chance of being more robust in flavor than others. This is primarily because shade-grown coffee plantations allow their shrubs to receive an abundance of nutrients from surrounding fruit trees.

Second to tobacco, coffee is sprayed with more chemicals than any other crop. Unlike sun-grown coffee, coffee farms who practice natural growing methods also have a more natural way of getting rid of pesty insects. Because the shade-grown strategy develops an environment for birds and insects to flourish, these species often work together to eliminate herbivorous insects that pose a threat to coffee plants.

It’s because of species diversity pest control can occur in a healthy, environmentally-friendly way without the use of chemically based fertilizers. In the world of mass-coffee production, the usage of potentially environmentally harmful chemicals is a common practice that’s consequences are often overlooked.

In addition to pest control, a flourishing ecosystem also helps promote continuous natural fertilization for coffee crops. Located underneath shade trees, the plants receive nutrients from the leaves that fall, and also from animal feces and the decomposition of dead plants and animals.

What exactly is “bird friendly coffee” anyway? Since there’s no official certification for shade-grown coffee itself, bird friendly certification is one of the closest you can get in similarity to it. Though finding coffee with this label can be somewhat of a challenge, it’s an automatically certified organic product.

Since birds need a stable and steady habitat, this certification requires that the shade-grown coffee is in a forest that has at least forty percent of shade for all of the coffee shrubs. This required ensures that there are more than enough shade trees to solidify a healthy growing environment for the plants.

Where Does It Come From?

There are many countries in the world that are known for their contribution to the coffee industry. However, there are a handful of countries that produce a large amount of shade-grown coffee. Countries such as Timor, Sumatra, Ethiopia, and New Guinea are the most well-known areas that practice shade-grown coffee production, though there are many other coffee farms in the world who may also practice it, just on a much smaller scale.

Little known to some, there are also different levels of the kind of shade-grown coffee. These levels range from cozy locations under a thick canopy of trees to intense sun exposure in open fields.

Despite being the most natural method, the least practiced form of shade coffee growth is Rustic. During this method, coffee plantations place coffee shrubs in the already existing forest with little interference in the balance of the native ecosystem. This is the most natural way that coffee is grown, because not only is the environment left mostly alone, but there’s absolutely no usage of pesticides or herbicides.

The rustic method is also the least capital intensive method, relying mainly on the traditional methods of coffee cultivation, and focusing on making the highest quality beans possible. Today, the country that you can most easily find this practice in is India.

Traditional polyculture is more of a common shade-growing strategy because coffee farms will allow other plant species to be placed into an already fixed environment. Farms will also plant additional coffee shrubs to a specific environment. This allows the coffee shrubs to grow alongside a variety of plant species while also enriching the soil and increasing the number of nutrients throughout the ecosystem.

Similar to traditional polyculture, coffee plants and extra plants can be added to an already existing natural environment, but farmers have a little bit more invasive method. No, they aren’t chopping down entire trees or anything. But this form of growing coffee beans does involve a more manual addition of coffee crops and other plant species, resulting in a customized ecosystem.

During this process, chemically-based fertilizers and pesticides may be used, and this form of shade-grown coffee is more popular amongst more large scale coffee production.

A step further than commercial polyculture, there is shade monoculture. Simply put, shade monoculture uses only one species of tree to serve as the canopy for coffee plants. One region where this practice is more common is in Mexico, where the average coffee farm uses almost exclusively leguminous trees. This is done for agricultural purposes, as well as generating products that are explicitly market-based.

The least amount of shade used in this shade-growing coffee method is very little to no shade at all. A more modern form of cultivating coffee, this method is done primarily in response to a demanding mass-production market where the main goal for growing the beans is quantity over quality. Coffee plants are exposed to direct sunlight, as well as harsh chemical fertilizers and pesticides. This method also employs many workers in the coffee industry, and though it is effective in pleasing the masses, it does have higher environmental consequences.

Now, where can you get your hands on some of this delicately grown and authentically flavored coffee? Though there are several brands of coffee out there for you to try, there’s only a few that are genuinely shade-grown coffee. One way to tell the difference is by making sure that they are bird friendly certified. This certification is visually displayed with the Smithsonian Institute’s stamp of approval. Here are a few of our favorites:

Java Planet’s Guatemala Organic Coffee is Certified Organic by Americert International, Fair Trade Certified, Rainforest Alliance Certified, Bird Friendly Certified by the Smithsonian Migratory Bird Center, and it definitely has our stamp of approval. This is a medium roast with a nice balance of fruit, caramel, and chocolate to make for a mouth-watering cup of brew to sip on. 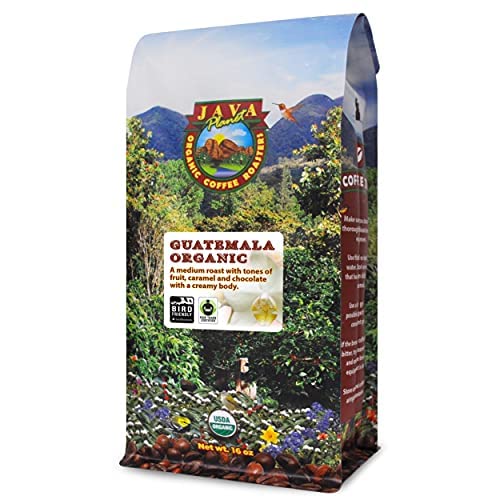 A lighter, brighter roast from Papua New Guinea, Camano Island’s Light Roast Coffee is a refreshing brew to sip on throughout the day. With notes of cocoa, raspberry, ad strawberry, there’s more than enough savory flavor to help get you up in the morning and out the door. 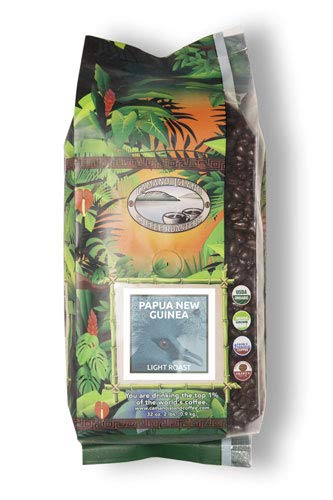 Smithsonian Bird Friendly, USDA Organic, Fair Trade Federation Certified, and even packaged in degradable bags, Tomorrow’s Whole Bean Dark Roast is by far some of the most environmentally friendly coffee we’ve encountered so far. Not only are they dedicated to raising robust, savory, flavor-filled coffee beans, but they’re also dedicated to preserving natural rainforest habitats in the process.

With its particular focus on flavor quality and environmental preservation, the ever-growing practice of shade-grown coffee has set a new standard for the coffee growing industry as a whole. From the exceptional care that farmers give their crops to the preservation of authentic flavor, shade-grown coffee is all-around one of the most positive, enjoyable, delicious kinds of coffee in the world today.

How To Use Gaggia Espresso Machine in 6 Easy & Quick Steps

Do Nespresso Pods Have Sugar?

How To Tell If Coffee Creamer Is Bad

Drip Coffee Maker vs Percolator: How to Get the Best Cup of Joe