For all you coffee drinkers out there, you may have noticed that something funky happens when putting cold almond milk in coffee. And that may have led you to ask the question on all of our minds: does almond milk curdle?

The answer is yes. Almond milk does curdle.

A pesky trait of almond milk is that, yes, it does curdle. This is primarily due to the acidity and high heat of hot coffee. This can be chiefly frustrating for coffee drinkers looking for non-dairy milk or creamer for their lattes due to personal preference, lactose intolerance, or lifestyle reasons.

If you want to learn more about why almond milk curdles and what to do about it, read on!

Why Does Almond Milk Curdle?

When almond milk combines with the high heat in a cup of coffee, the difference in temperature causes its atoms to bounce around faster and harder, a chemical reaction occurs, the protein structure falls apart, and the milk takes on a different shape and appearance than usual.

On the other hand, dairy milk has a much more stable protein structure than even the best quality almond milk, so the structure doesn’t break down as fast in high heat.

Acidity is the other big reason why almond nut milk curdles. And since coffee is high in acidity, it almost always breaks down and curdles almond milk when it comes into contact with coffee’s high acidity.

That also means that the type of roast you use will impact how much your almond milk curdles, if at all. For example, darker roasts typically contain less acid than lighter roasts.

Can You Drink Curdled Almond Milk? 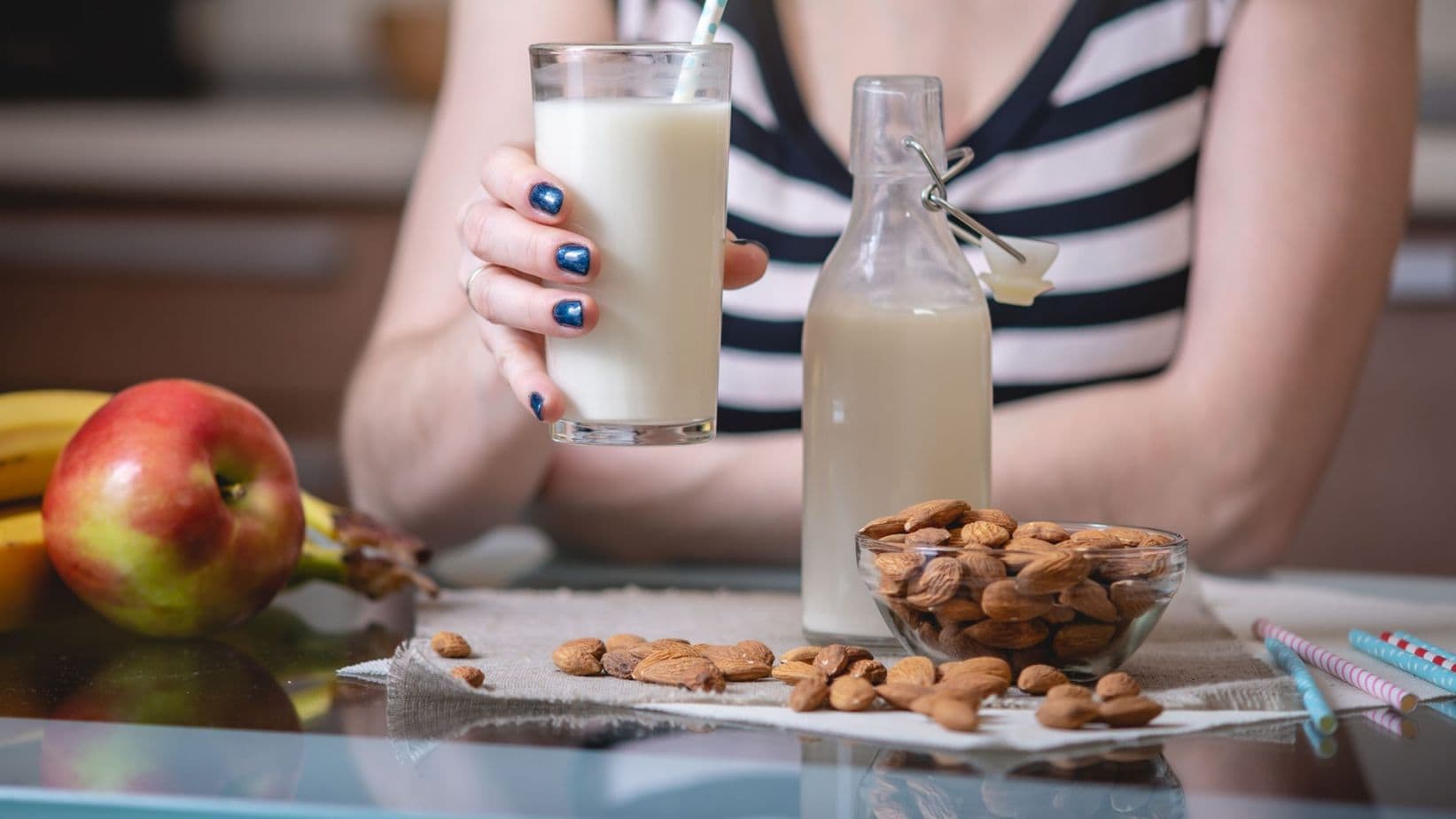 While curdled almond milk may look a bit strange and off-putting, it’s still fine to drink. In this instance, the curdling of the milk is harmless; it’s only a problem when the milk itself is close to producing bacteria. When dairy milk begins to break down, it releases bacteria that start producing extra acid, and as it gets closer to that point, its structure dissolves more easily.

Almond milk, on the other hand, has a different protein structure, so when almond breaks down, it’s not because it’s going bad, but because the structure of the protein is weaker.

How To Avoid Almond Milk Curdling

While curdled milk is not directly harmful, it still looks very off-putting. As a result, most coffee drinkers want to find ways to prevent or lessen the amount of curdles in their almond milk coffee.

There are steps you can take to ensure that your almond milk won’t curdle.

As mentioned, some dairy-free milks are designed to curdle less. As a result, many coffee shops use these brands of almond milk for their lattes, espresso drinks, or to use as a regular creamer.

If you want to skip the coffee shop but still want your almond milk not to curdle, there are a few brands of almond milk you can buy.

Almond milk is a terrific milk alternative that has gained popularity with the new wave of nondairy eating trends from the last ten years. However, almond milk does have its downsides: the biggest downside is that it curdles so much in coffee.

As a result, it’s essential to balance the temperatures of the almond milk and the coffee together to prevent curdling slowly. So get out the pan, heat your non-dairy milk products, and kiss that cow milk goodbye! If that’s too hard, coffee shops have professionals that can handle that for you… for a price!

Used Espresso Machines: Is Buying One A Good Idea?

Does Decaf Coffee Dehydrate You?

Why is Coffee So Expensive?