Roasty is All About Slow Coffee

Coffee is meant to be enjoyed; to be made slow, not on-the-go!

That’s what I believe, and that’s what many renowned scholars and connoisseurs believe, too. My name is Matt, and I build websites for a living. This website, however, I built because I love coffee, and I wanted to share that love of coffee with you and everyone else who shares my passion. Through this, we can all enjoy the glory of thoughtfully made, mindfully prepared “slow” coffee together – even if we’re not in the same room. Hell, even if we’re not in the same country. 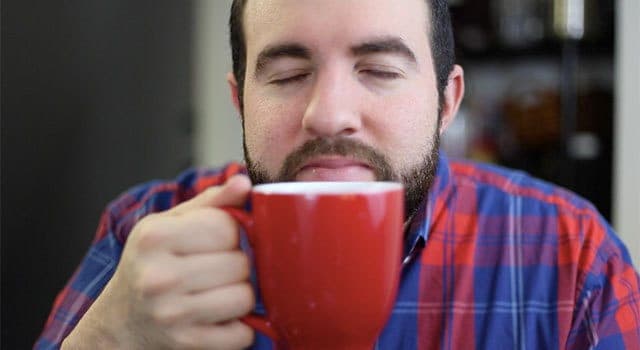 Do you believe that coffee…

If you answered “yes” to at least one of these questions, then you, my friend, have arrived at what I hope you’ll agree is Coffee Mecca!

What is Slow Coffee?

Some of the world’s great icons believed that coffee was the key to their genius. But truly great coffee requires time, care, and most importantly love. In today’s gotta-have-it-now culture, we’ve invented ways to pump coffee (read: caffeine) into our bodies with regard only to speed and efficiency, not enjoyment. We’ve lost touch with the joy of brewing and drinking great coffee for its own sake.

Take, for example, the once-beloved Keurig brewing system. It’s a machine- a machine that brews one shitty cup of coffee at a time, in record time. It uses a single plastic, non-recyclable k-cup for each brew. This not only produces a sub-par lukewarm cup of mud, it also hurts the environment- the very same environment we depend on for coffee in the first place.

A confession: I used to own one of those machines, and I loved it. At least I thought I did, until I discovered that the coffee I was drinking was horrible. As it turned out, I had been drinking horrible coffee for about 25 years of my life.

Since the scales have fallen from my eyes, I now take my time when brewing coffee. I’ve come to understand that the time one puts into brewing coffee is in direct correlation to its quality, no matter what advertisements for quick systems promise. I had to realize 3 things:

Brewing coffee and drinking it slowly is relaxing. It’s a meditation that allows me to appreciate the nuances, of the coffee and everything else. These days, the morning is under-valued.

In other words, despite the caffeine, slow coffee helps you chill out.

I’ve talked at great length to friends, family and acquaintances about coffee. The common thread of complaint most of them have about the ideas behind this website goes something like this: “You probably make a great cup of coffee, but I don’t have the time and patience to do that at home.”

I know. I get it. But that’s the whole goal of this website. It’s not just about brewing great coffee, it’s about appreciation, being present, and decreasing stress. I believe coffee is a gateway to enlightenment. If that sounds like a little much, consider that I’m not the only person in the history of the world to believe great coffee is worth the effort…

The famed composer was obsessive about his coffee, and would count by hand 60 beans per cup, according to his biographer.

Beethoven’s remarkable eating and drinking habits corresponded to his eccentric housekeeping. For breakfast he drank coffee, which he usually prepared in a glass coffee-maker. Coffee seems to have been the one indispensable item in his diet, and he was as fastidious as an Oriental in its preparation. He estimated sixty beans to the cup and would often count them out…

From “Beethoven As I Knew Him” by  By Anton Felix Schindler

Teddy drank a shit-ton of coffee. In fact, he was responsible for the slogan, “Good to the last drop” used by Maxwell House (That is in no way an endorsement of Maxwell House, which is to be avoided at all costs).

He drank considerable quantities of both coffee and tea, and since he was particular about his coffee, Mrs. Roosevelt provided him with a service of his own. T.R. Jr. says that his special coffee cup “was more in the nature of a bathtub.” When, in the 1890s, he often visited Richard Henry Dana III and his wife, Edith Longfellow, in Cambridge, Dana noticed that he always took between five and seven lumps of sugar in his coffee, “and I bethought me of the humming bird which lives on sweets, and is one of the most strenuously active vertebrates.” In 1911, however, Roosevelt says that he has used saccharine, not sugar, for many years.

“The Seven Worlds of Theodore Roosevelt” by Edward Wagenknecht

Seinfeld is a passionate newcomer to the coffee game (surprisingly new, considering his popular web series about coffee). Of course, he hasn’t fully committed to the subtleties of great coffee, according to his interview with NPR…

I like it pretty basic. I’ve just started this espresso thing, but it’s just milk and sugar. That’s it. I don’t want to talk that long to the guy or gal.

Mathematician Paul Erdös first did mathematics at the age of three, but for the last twenty-five years of his life he put in nineteen-hour days fueled by 10 to 20 milligrams of Benzedrine or Ritalin, strong espresso, and caffeine tablets.

A mathematician is a machine for turning coffee into theorems.

Paul Hoffman, The Man Who Loved Only Numbers

Maybe a less than healthy approach to unlocking the inspirational power of coffee, but try to remember that math is hard.

Coffee glides into one’s stomach and sets all of one’s mental processes in motion. One’s ideas advance in column of route like battalions of the Grande Armée. Memories come up at the double, bearing the standards which will lead the troops into battle. The light cavalry deploys at the gallop. The artillery of logic thunders along with its supply wagons and shells. Brilliant notions join in the combat as sharpshooters. The characters don their costumes, the paper is covered with ink, the battle has started, and ends with an outpouring of black fluid like a real battlefield enveloped in swaths of black smoke from the expended gunpowder. Were it not for coffee one could not write, which is to say one could not live.

Like those of Erdos, his words stand as a beautiful tribute to the allure of coffee, even if his personal habits provide a warning about excessive caffeine consumption (he consumed a lot).

Whether you’re a musician, a President, a comedian, or a mathematician; coffee is the answer. To hear more about notable coffee drinkers, check out this article, and the book Daily Rituals by Mason Currey.

Of course, with any attempt at fully enjoying the pleasures of life comes the ever-present danger of pretentiousness. Lately, all things artisanal, even coffee, are subject to the flannely condescension of the hipster inside all of us.

Be not deterred- coffee has been around for a very long time and has been enjoyed in many ways.  It’s a seed. A seed that’s roasted, ground, and steeped in water. It is simple. It is elemental. Don’t take it so seriously that you forget to enjoy it!