Why Is My Almond Milk Separating?

You’ve got a delicious cup of coffee or tea that can only be improved by adding the creamy texture of almond milk.

You add the almond milk, and it immediately separates.

Does that mean your almond milk has gone bad? Should you toss the cup and start over? Complain to your barista? Why does this keep happening?

We can answer all your questions about why almond milk separates and how to prevent it from happening.

First, put your fears of your almond milk going bad aside. All nut milk separates. Commercially manufactured almond milk has stabilizers and emulsifiers to slow the separation process, but it still happens.

Almond milk will naturally separate on its own, but the separation happens almost instantaneously when you add cold almond milk to hot coffee or tea. The change in temperature makes cold almond milk curdle and separate.

The acidity of black coffee can also make almond milk separate. Because of acidity, coffee can become a coagulant, making almond milk curdle and separate. Different coffee varieties have different acidity levels so that some blends will separate almond milk more than others.

Any acidity in tea, such as lemon, will also cause almond milk to curdle when it hits your teacup. 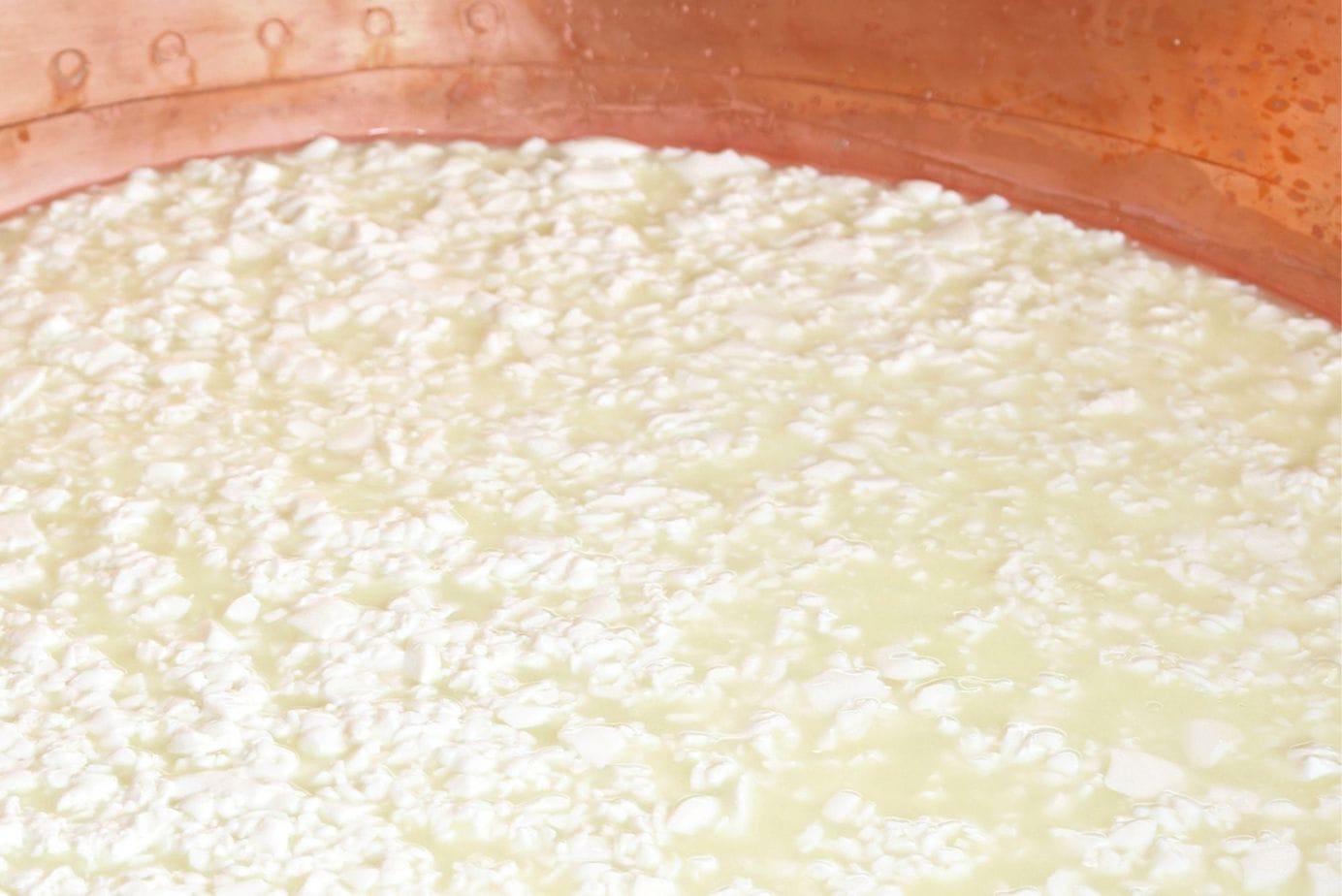 Almond milk coffee is becoming a popular choice among coffee drinkers because of its health benefits. Almond milk is low in fat and calories but is a good source of calcium and vitamin E.

Others enjoy coffee with almond milk because of their lifestyle choices. Those following a vegan lifestyle want a dairy-free milk option for giving their coffee a delicious creamy flavor.

Can I Drink Separated Almond Milk?

Almond milk that has separated in your coffee won’t hurt you. It hasn’t spoiled and will give you all the benefits of drinking almond milk. The only harm the separation and curdling cause is in the appearance of your cup of coffee.

How to Stop Almond Milk from Separating

If you plan on drinking almond milk cold on its own or with cereal, just give your almond milk a good shake after taking it out of the refrigerator. That will blend your milk so that it’s at its best.

What if you want to enjoy your almond milk with coffee or tea, though?

There are several ways to keep your almond milk from separating. Three methods address temperature differences, and one deals with acidity.

One way to do this is to gently warm the almond milk before adding it to your coffee. Warm it slowly in a saucepan or microwave for one minute for the best results. You can also froth almond milk.

If you have the patience, let your coffee cup cool somewhat before adding almond milk. Cooling will bring the coffee and the almond milk temperatures closer together, making almond milk separation less likely.

Coffee blends differ in acidity, so look for combinations that are lower in acid. That will make your morning cup less likely to cause almond milk to separate.

Enjoy a Healthy Cup of Coffee

Adding almond milk to coffee is a healthy choice. Almond milk is low in fat and calories but high in protein and calcium, not to mention richness and creaminess.

Even quality almond milk is more likely to separate when added to hot coffee than dairy choices such as regular milk and cream, but that doesn’t mean you have to relegate almond milk to iced coffee only. You can also add almond milk to warm coffee.

By either reducing the temperature difference between the almond milk and your coffee or using a less acidic coffee blend, you can enjoy almond milk in coffee without worrying about it separating.

Coffee Cup vs. Mug: Which Is Best Suited For Your Morning Coffee?

The Complete Guide To Choosing The Right Coffee Filter