Imagine standing in line, staring at a menu filled with various coffee and espresso-based options, and uncertainty starts to creep in…you decide on a simple cup of espresso, but when the barista asks “solo or doppio,” that “deer in the headlights” look enters your eye. Well, not anymore!

Just like crafting a delicious caffeinated beverage, ordering coffee is an art. Confidently ordering that doppio espresso with raw sugar on the side will be a breeze after we explain the difference between solo and doppio and give examples of each.

I’m Ready to Order…Give Me the Double!

Doppio espresso is a double shot made by utilizing a double coffee filter and is double the volume of a single shot. Usually called “standard double,” the doppio is now the universal judging standard in barista competitions. In short, doppio is an Italian word that means “double.” 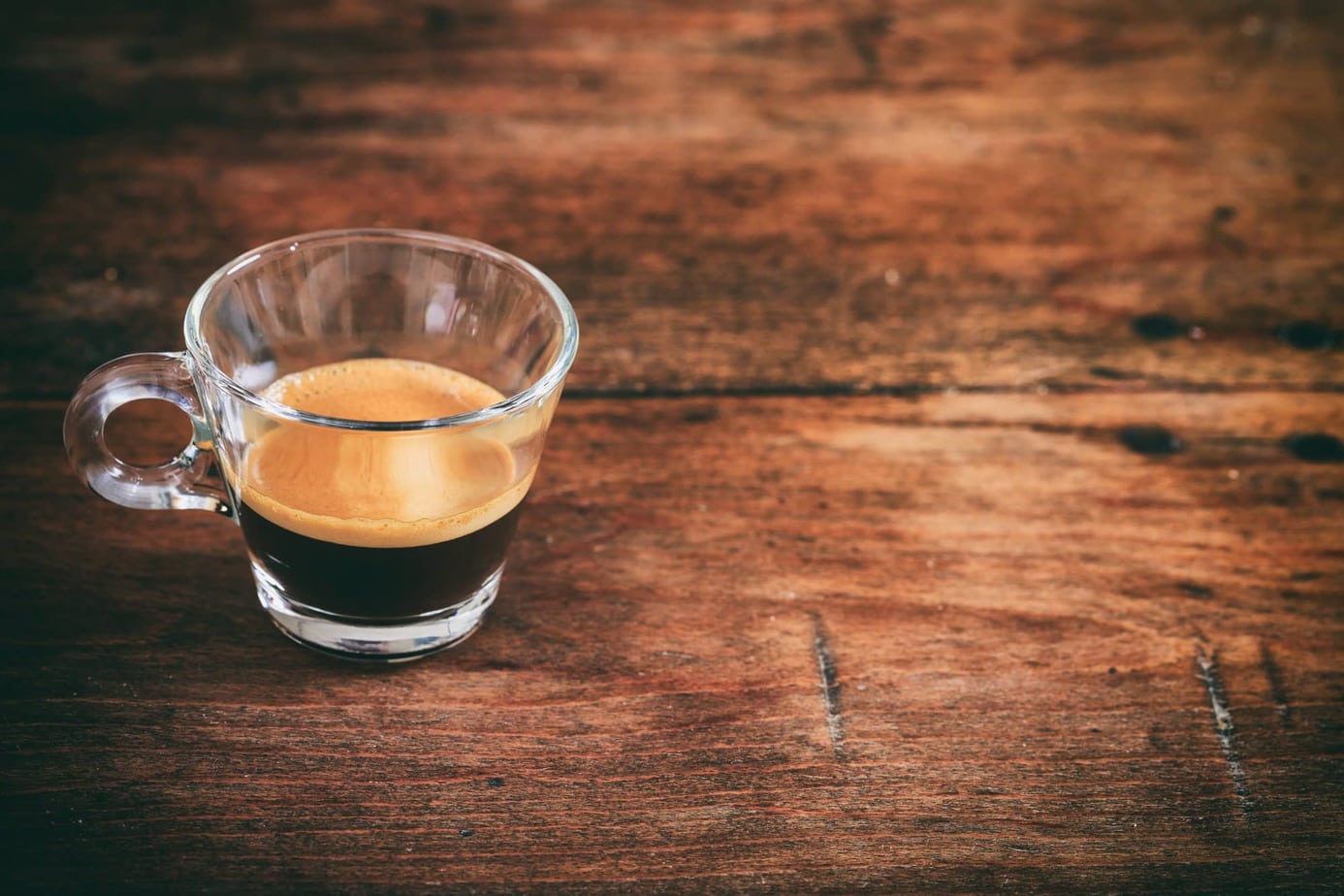 On the other hand, a single shot of espresso is called a solo. Since doppios are the most commonly pulled espresso shot, the expresso is separated by a specific two-spout portafilter. One pull results in either two single shots or one doppio.

Back up a second…did you say barista competitions?!

Yes! The United States Barista Championships occur annually, returning in 2022, and pit coffee-making people against one another. Generally, competitors have just a quarter of an hour to make and serve espressos, cappuccinos, and an individually designed “signature beverage” for the judges. Judges watch the preparation and then sample the work by reviewing the visual effect and tasting the espresso! Most commonly, drinks made during the championships will include a doppio pull of espresso.

What is a Portafilter?

A portafilter attaches to espresso machines and holds a tamped disc of grounds within its basket. The barista tamps coffee or espresso firmly into its container, usually a specific part of the portafilter. Tamping espresso before brewing results in a richer flavor because the espresso machine must push the water through the compacted coffee.

A portafilter is often made of brass for better heat conduction. The coffee preparer handles the portafilter using a plastic or wooden grip to protect his or her hands.

An espresso machine will not work without a portafilter. When water pressurizes in the device, it begins to pass through the coffee. Then, the espresso drips out of the bottom of the portafilter, where your cup waits to catch the final result.

Most modern portafilters have two spigots. For a doppio shot, your cup would catch both waterfalls of espresso. The barista would place two separate cups under the different exits for a solo, and the doppio is divided into each. 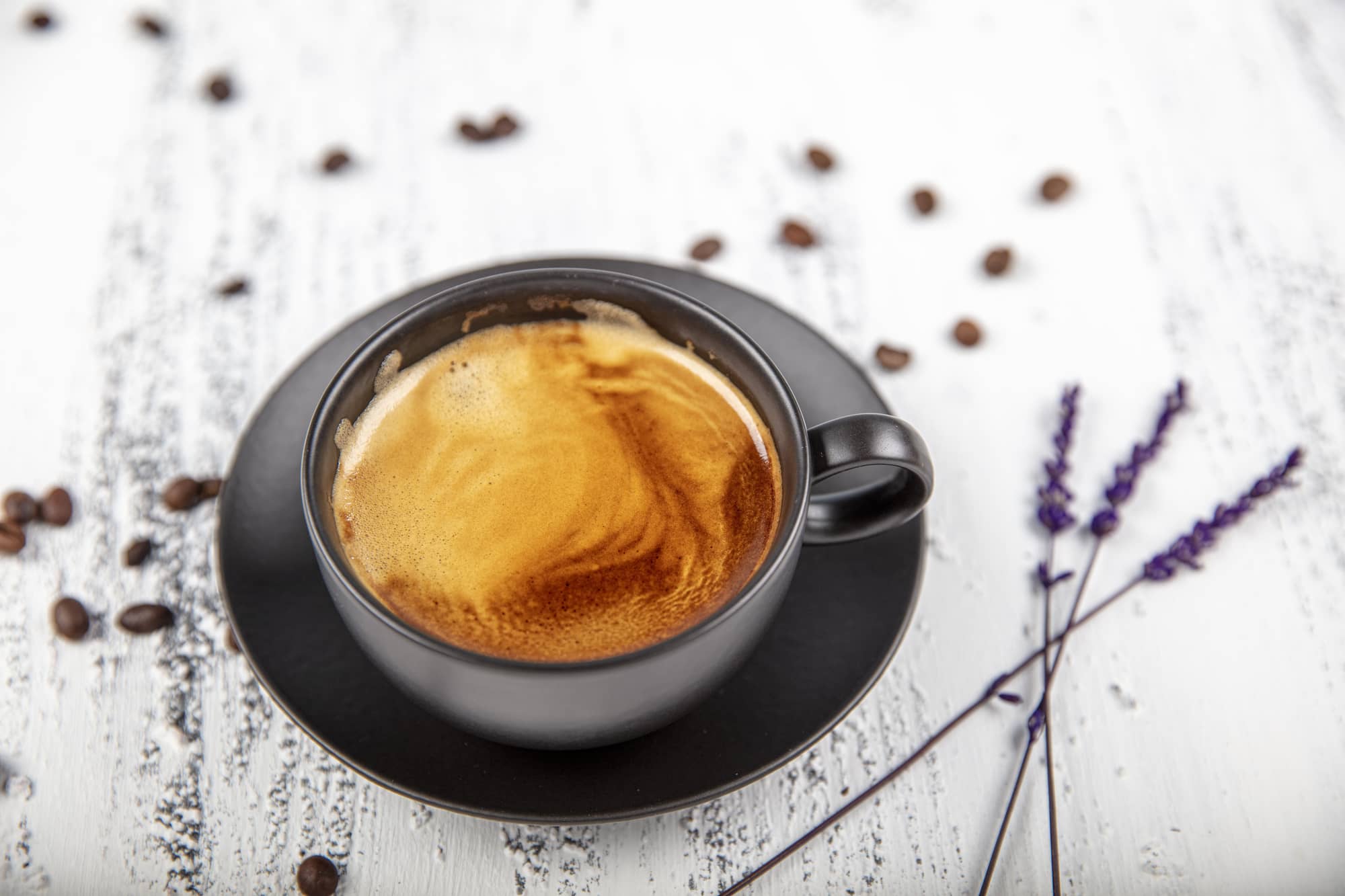 Could I Order Three Shots?

As you enjoy your doppio espresso in the coffee shop, you hear another customer order a latte with an extra shot. How many shots of espresso would that be?!

Three (or maybe four). As we learned, the doppio is now the standard double, so a regularly crafted latte would generally include two shots of espresso. When someone adds a shot to their latte, it usually means one more shot; however, sometimes you may hear a barista inquire, so “do you want three or four?” due to the standard double presumption. While espresso-based drinks are a great way to wake up in the morning, if you add extra shots, be sure to calculate for the standard double assumption!

Does the Type of Espresso Machine Affect My Brew?

Here is an overview of a few different kinds of espresso machines.

Steam-based espresso machines rely on water reaching a boiling point to create steam. The resulting pressure forces water through the coffee. Ultimately, with a steam-driven machine, the taste of your espresso might not be as full-bodied as with other devices because it cannot produce high enough pressure to pull a shot of espresso properly.

Lever-driven machines have two models, either manual or spring-loaded.

A manual machine has a horizontal lever. Pre-heated water rises from a containment chamber to flow through the coffee and create the coffee as the lever moves. Alternatively, a spring-loaded machine operates the levers and causes compression, water moves, and espresso extracts in the new space.

Finally, pump-driven espresso machines dominate the market. An electronic pump pushes hot water through the chamber and into coffee grounds. Achieving consistent high pressure for a tasty cup of espresso is easy with an electronic pump. With the addition of technology, pump-drive machines fall into one of the following classes:

Distinctions within these categories include programming software, diversification of pump type, and the number of boilers available.

No matter what type of machine is making your espresso, from steam pressure to electric force, a portafilter is still going to be the critical piece of machinery to differentiate your solo shot from the doppio.

So, Should I Order A Single or A Double?

Understanding the terminology associated with ordering espresso is a great way to know which types of coffee you might be interested in trying. For instance, if you are visiting a new coffee shop and want to try their roast, ordering a cup of espresso will allow you to taste the subtle notes of the coffee before you decide to add milk or foam.

Sampling espresso roasts via a solo or doppio shot is also a great way to learn how an espresso machine can impact the bean’s flavor. Specifically, there will be a marked difference between espresso pulled from a steam-based device versus a pump-driven machine. The only way to discover what you prefer is to drink more coffee!

Remember, ordering a “cup of espresso” means a doppio or the standard double at most places that sell prepared espresso. If you want a smaller portion, be sure to say, “I’d like a solo espresso shot.” The days of uncertain coffee ordering are over for you. Now that you know if you should order a solo or a doppio, the whole of coffee-related beverages is at your disposal.

Keurig vs Ninja: Is It Better To Brew Pod-Based or Pod-Less?