What Is Siphon Coffee? Everything You Need To Know

Grab a pair of goggles and a lab coat and let’s jump into how a physics professor made one of my favorite ways to brew coffee.

When I saw my first siphon brewer I was in awe. “What in the Breaking Bad, science experiment was I looking at?” I thought!

I must have spent three or four days in a rabbit hole of how it works, why it works, who made it, and why we still use it today.

If you’re like me and have a lot of questions about coffee siphon brewers, let’s see if we can’t get them answered and get you started down the path to siphon coffee bliss. 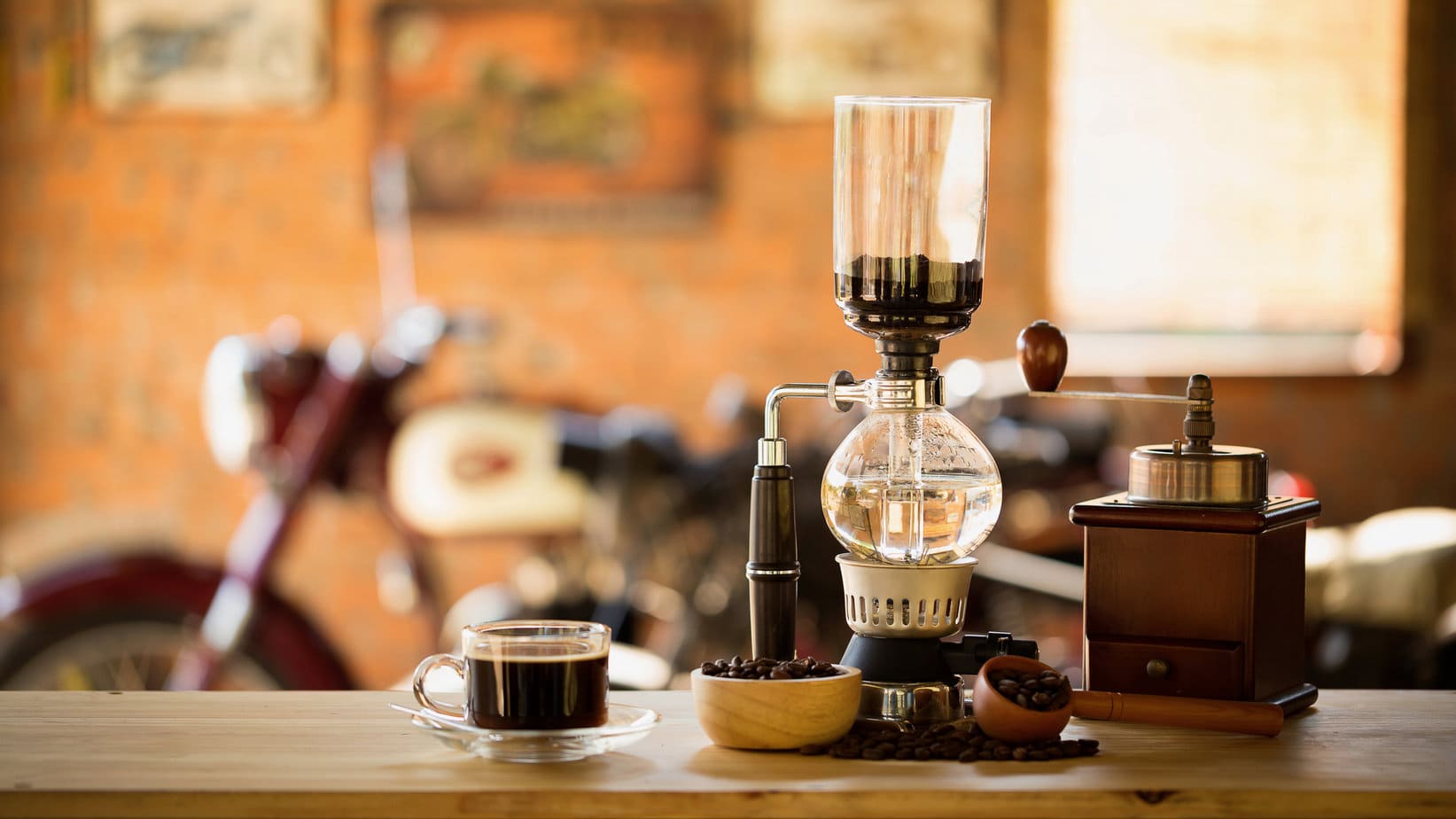 What Is Siphon Coffee?

When you look at a siphon coffee brewer you’re looking at a piece of history. This is one of the oldest ways we still use today to brew coffee, and the design has remained pretty much untouched from an 1840s patent.

You still have two “glass balloons,” as they’re named in the patent, one holds the water and will come into contact with a heat source, and the other has the coffee grounds.

After that, you need some way to create a seal and a filter, and the rest is science, literally.

So how did this coffee maker come to be and why does it look like something that belongs in a lab and not on your kitchen counter?

Well, it kind of belongs in a lab because that’s where it was created. The first-ever account of the siphon brewer goes back to a peer-reviewed scientific journal from the 1800s.

A German physics professor, by the name of Johann Gottlieb Christian Nörrenberg, was looking for a way to teach the principles of an Aeolipile, the ancient steam-powered machine with a hollow sphere that would turn with steam provided from a cauldron below to his class.

The simple design and the coffee became such a hit that his students and friends began making their own brewers at home.

From there, it wasn’t until the 1840s that we see the first commercially successful version, from a French woman named Marie Fanny Amelne Massot. This design featured two glass “balloons” chambers, with the top holding the coffee ground, the bottom which held the water, a rubber seal in the middle to create the vacuum, and a butane burner to heat the bottom chamber.

It also featured a metal crown that topped the upper chamber and was just there for aesthetic purposes. Well, a modern-day siphon brew looks almost identical to this patent, but we did, unfortunately, lose the crown.

How Does It Work?

Now that we have some background on how this brewing method came to be, let’s talk about how it works.

When heat is added to the bottom chamber that holds the water, some of it will begin to boil and create steam.

The steam starts to create pressure in the chamber and bubbles up through a tube connecting both chambers. You can watch this happen as the bubbles will start to travel up the tube in the middle.

After a while, the pressure will become too much and force the water up through the tube, toward the coffee at the top.

And now is where the hard part comes in: temperature control. While you can just leave the burner going full blast and let that water boil, you’re gonna end up with an over-extracted cup of coffee and no one wants that.

You want to make sure that your water is staying just hot enough that it will keep the vacuum going but not enough for it to boil, so around 195 to 202 degrees Fahrenheit, or just off of boil.

Once you’re done brewing you can remove the heat, and as the bottom chamber cools, the pressure lessens and the coffee will be pulled down through a filter leaving you with hopefully a great cup of coffee.

What Makes It Different?

If you’re looking at this whole thing and asking “wait a minute, isn’t this just a Moka pot?” Well, yeah kind of. They are both pretty similar in that they both use a vacuum to pull the water up to a top chamber, but they handle the coffee grounds very differently.

While a siphon brewer is going to fully emerge the coffee in the water, once the vacuum has been created, a Moka pot forces the water through the coffee with much more pressure.

The Moka pot gives you a cup that is closer to espresso than drip coffee. Because of the lower pressure with the siphon brewer, you get a beautifully flavored, delicate cup of coffee where the tasting notes can shine through.

Like most things in coffee, that depends. Making a great cup of coffee is something that takes time and practice. It’s not for the faint of heart.

I’ve been making coffee through my Yama siphon brewer for about 6 months, and just when I think I’ve got it down to a science, I turn away for a second, and it’s ruined.

It reminds me a lot of cooking. When I’m doing it for myself, I want something that going to be quick and easy, like a Moka pot. But when I want something special for myself or someone else, I want to take the time to make something beautiful, and that’s where the siphon brewer comes in. 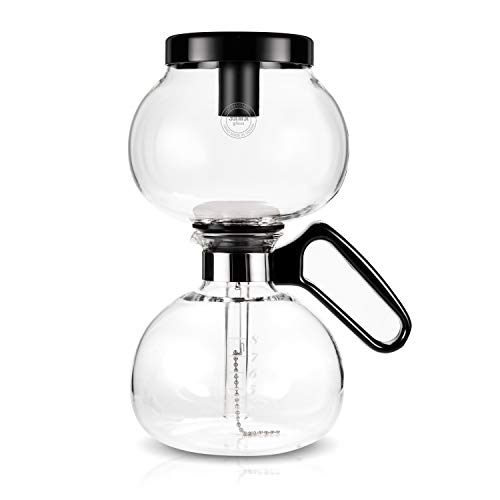 Yama Siphon 8 Cup/32oz/950ml Stove Top Coffee Maker
Check Price on Amazon If you click this link and make a purchase, we earn a commission at no additional cost to you. Last Update: 2023-01-31

The owner of the coffee shop I used to work at called siphon brewing “making coffee with science” and that’s just what it is. This little piece of history has withstood the test of time and for good reason.

If you’re willing to put in the work, you can get a great cup of coffee, or maybe just wait till an automated version like the Siphonysta launches and go from there.

Either way, you are in for a fun experience and a great cup of coffee!

Read our review of the best coffee beans for Siphon brewing to make a delicious cup of coffee.

Is Instant Coffee Bad For You?

Breville Bambino vs. Bambino Plus

5 Coffee Tasting Components: How To Taste Coffee Like a Pro