Kroger’s Private Selection line has gained an enthusiastic following in recent years by providing buyers with products that strike an irresistible balance between gourmet sophistication and affordability.

Items bearing the Private Selection label routinely pop up in “best of” lists all over the web. The brand has even earned something of a cult following among loyalists, which is not a boast many store brands can make.

That’s all well and good. But it doesn’t answer the one question burning in the hearts of curious javaphiles everywhere. How’s their coffee? 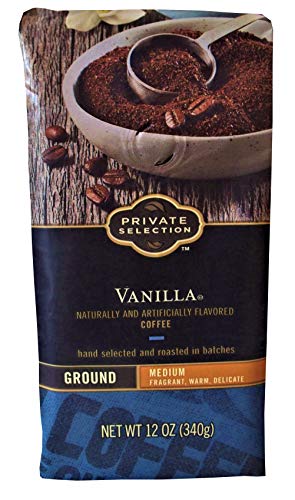 Private Selection Ground Coffee Various Flavors and Sizes (Vanilla, 12 oz.)
Check Price on Amazon If you click this link and make a purchase, we earn a commission at no additional cost to you. Last Update: 2022-06-26

I’ll be blunt—there’s better coffee out there. The art of coffee is hard to master, even for roasters who have devoted their whole careers to unlocking its impenetrable secrets.

As such, you’re rarely, if ever, going to find world-class coffees chilling alongside the ubiquitous canisters and K-cups at your local grocery store.

Still, most coffee on supermarket shelves is surprisingly good, and if you can get it for a steal, all the better.

Private Selection coffee fits this description to a T. It possesses the two attributes most exalted by brewers with budget constraints searching for a solid workhorse coffee for daily use: cup quality and cost-effectiveness.

At under $7 for a 12-ounce bag (even less if you’re the proud owner of a Kroger card), it’s got a price that’s certain to appeal to thrifty shoppers. It also has flavor characteristics that even the most jaded drinkers are likely to find at least passably palatable.

If you’re the type of person who’s never had a bad cup of coffee in your life, we salute you. You might even say it’s great, leaving the enticing price point aside altogether.

Put simply, it’s cheap, it’s far better than average, and it will always be there for you when money gets tight or if you’re looking for an inexpensive roast to throw on between tastings of the higher-end stuff.

Private Selection is one of several store-brand products sold by Kroger supermarkets. This nationally known food sales giant operates nearly 3,000 stores throughout the Midwest and the southern United States.

Sophistication is the conceptual backbone of the Private Selection imprint, a fact that’s evident in uncommonly cultured offerings such as Sumatran Mandheling and Ethiopian Yirgacheffe.

Private Selection also has Caramel Truffle, Chocolate Raspberry Torte, and a vast and fanciful assortment of other flavored coffees. 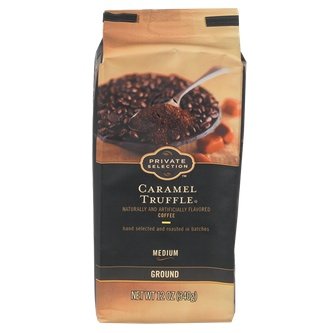 Private Selection Caramel Truffle Ground Coffee 12oz, pack of 1
Check Price on Amazon If you click this link and make a purchase, we earn a commission at no additional cost to you. Last Update: 2022-06-26 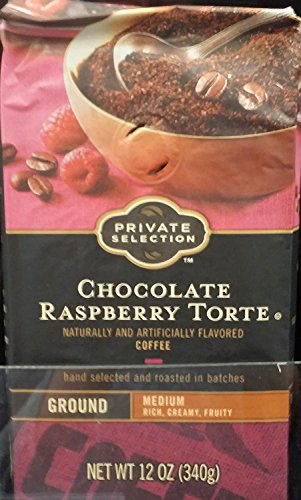 Private Selection Raspberry Torte Medium Ground Coffee 11oz, pack of 1
Check Price on Amazon If you click this link and make a purchase, we earn a commission at no additional cost to you. Last Update: 2022-06-26

This inclination towards the deluxe and the indulgent also sets the Private Selection line apart from Kroger’s eponymous store brand.

The brand is all about value and the Simple Truth subdivision, which focuses on organic, all-natural, and minimally processed edibles and ingredients.

To write a more thoughtful and comprehensive review of Private Selection coffee as a whole, I sampled multiple varieties and compared them to our favorite roasts across several core categories, including purchase price, aroma, flavor, and complexity.

Here are our key takeaways for each category.

After flavor, this is probably the one factor that will be of most interest to coffee lovers deliberating about giving Private Selection a shot. It’s also the one that’s guaranteed to please everyone who does.

A 12-ounce bag of any of the brand’s standard varieties costs a mere $6.99 (specialty varieties like the Mandheling and Costa Rican Tarrazu sell for the same price in 11-ounce packages).

That’s somewhere in the ballpark of 25-35 cups of respectable joe, depending on how strong you take it. By comparison, you’d pay more than half that amount for a single cup at any of the major coffee shop chains.

If you prefer to buy your coffee in bulk, a 20-ounce bag will only set you back $9.99! That’s practically giving it away. At such a bargain, it’s hard to justify not picking up a bag and deciding for yourself whether or not it’s worth the ducats you just dropped on it.

Your first impression of a new coffee comes from that initial whiff you get when you unseal the package. It’s an experience that often sets the tone for what’s to come. In this case, it greets you with a faint, recognizable scent that will have you saying, “Yep, that’s coffee, alright.”

The generic Coffee Smell that emanates from a bag of Private Selection is a clear sign that the beans you’re holding were roasted as part of one gigantic batch weeks or months before they made it into the store. It’s one of the sad realities you have no choice but to accept when buying mass-produced bagged coffee.

On the other end of the spectrum, you have popular varieties like Vanilla, Mocha Latte, and the devilishly decadent Chocolate Raspberry Torte. They all pack a chemically-enhanced punch to the nostrils so strong it’ll practically make your eyes water.

Even so, coffee can have an unremarkable—or even off-putting—fragrance and still proffer a tasty sip. Fortunately, that proves to be the case more often than not with this brand.

Here’s where Private Selection coffee loses a few points for me.

Most of the varieties I tried were tasty but in a vague, generalized way. Coffee companies almost always provide tasting notes meant to prime customers with appetizing words (i.e., “rich and full-bodied, with subtle hints of cacao and toasted nuts”).

However, whether or not those sorts of subtleties are detectable in the coffee itself is up for debate. At any rate, they aren’t on display here.

What you get is a more or less flat profile with the intrusive acidity and back-end bitterness you expect from the vast majority of budget-brand coffees.

To be fair, the whole bean version does present a little more nuance to the tongue. Overall, though, Private Selection coffees have a kind of homogenous character that showcases very little complexity, even when compared to some other packaged coffees.

Despite its shortcomings mentioned above, I can confidently say that Private Selection coffee is worth every penny of the purchase price and then some.

How can this be? One word—drinkability.

All coffee lovers, no matter how passionate they are about their pet beverage, have a limit of how much they can consume at one time.

For me, this threshold is usually around three to four cups. On two separate occasions, I ran through two full cups of Private Selection Kona Blend and Costa Rican Tarrazu before the bitterness began to build up. It’s tough to say what makes it so enjoyable since it’s hardly a standout in terms of complexity.

If upper-tier coffees are like Mozart or Miles Davis, Private Selection is AC/DC—rather than mingling lots of different elements and playing them off one another, it does one thing and does it well, and you can’t help but be taken in by its charm.

Even some of the wackier flavors are pretty decent if you’re into that sort of thing. I’m not in the habit of gussying up my coffee, but I imagine the Roasted Hazelnut or Caramel Truffle would be like a dreamy dessert in a cup with a spoonful of raw sugar and a splash of oat milk.

Most Kroger stores keep their shelves stocked with a minimum of about half a dozen kinds of Private Selection coffee at all times.

That means you’re unlikely to be vexed by a limited selection, and you’ve got plenty of options to choose from if you enjoy trying out different roasts, blends, and flavors.

My one caveat is that there’s an unfortunate dearth of light roasts to be found within the footprint. Only two of its 12-plus varieties are light roasts, the Breakfast Blend and the much-talked-about Yirgacheffe, which is every bit as good as the hype suggests.

However, this isn’t an issue specific to the Private Selection line, but with commercial-grade coffees in general.

And it’s an understandable one, seeing as how lighter roasts have a way of exposing inconsistencies in the quality of the beans and are therefore more costly and time-consuming to get right.

Private Selection Ground Coffee Various Flavors and Sizes (Vanilla, 12 oz.)
Check Price on Amazon If you click this link and make a purchase, we earn a commission at no additional cost to you. Last Update: 2022-06-26

All in all, Private Selection coffee is worthy of a coveted spot in the pantries of discerning coffee drinkers everywhere, thanks to its breadth of variety, perky, pleasing flavor characteristics, and superb value. It deserves to be on all those “best of” lists.

If you’re hunting for something a bit more complex within the same general price range, it’s hard to go wrong with most of Starbucks’ brew-at-home beans, particularly the classic Breakfast Blend and subtle, invigorating Guatemala Antigua.

And if single-origin coffees are your thing, you’re always better off buying from companies that are closer to the source.

But if you’re looking for a dependable all-around winner that won’t send your weekly grocery bill shooting through the roof, Private Selection is your huckleberry. 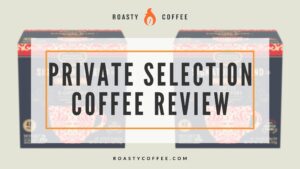 Our Private Selection coffee review will give you an inside on this brand and let you know if it's worthy to be in your coffee bar!