Most Caffeinated Cities: Where is Pumpkin Spice Latte the Most Popular?

When it comes to coffee, many Americans can’t even think about getting their day started without it. From coast to coast, this magical cup of caffeinated goodness keeps people fueled throughout the day, but which cities love their coffee the most?

Like anyone looking for answers, we took to Google to find out where coffee is the most popular.

After analyzing coffee-related search terms such as “coffee,” “coffee near me” and “coffee shops near me,” we ranked the most caffeinated cities in America. 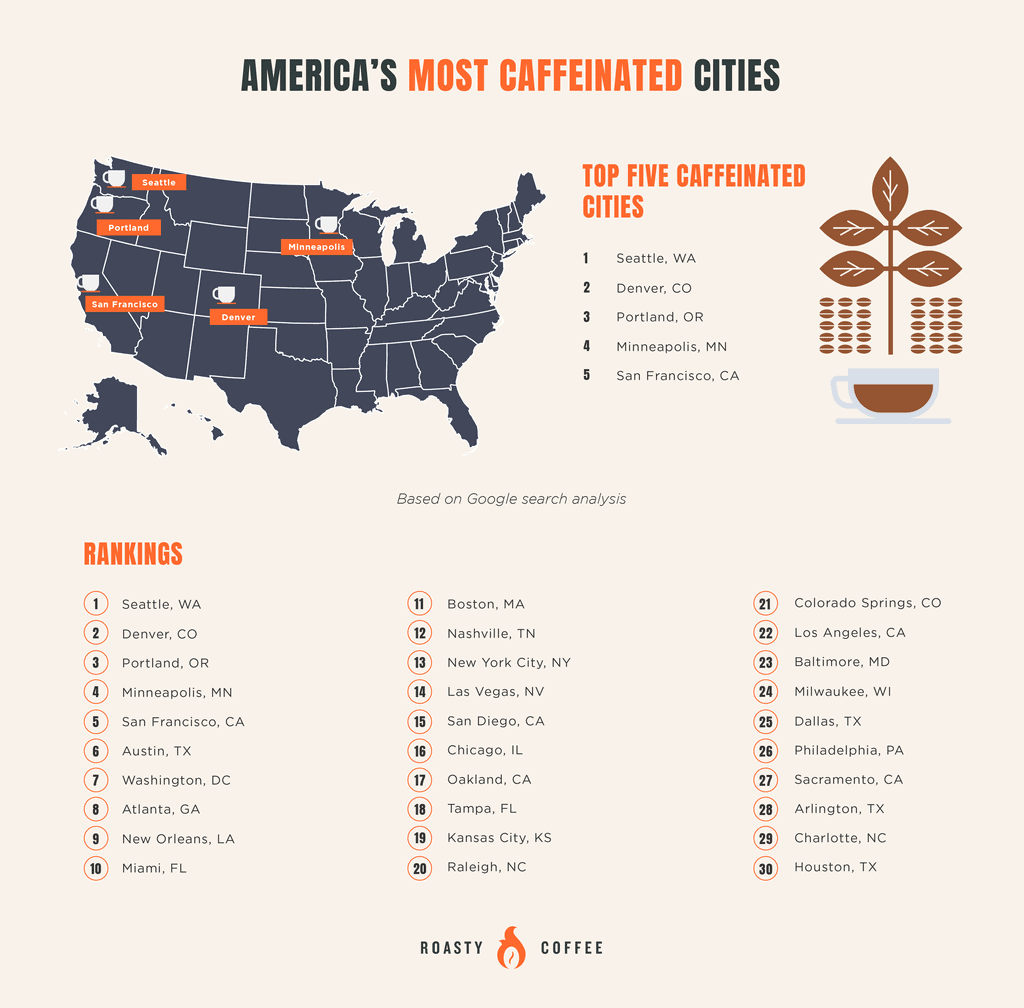 Who’s craving coffee the most across the country?

According to Google search volume, Seattle is home to the most caffeinated city in America, which is probably no surprise considering the headquarters of the most dominant coffee chain in the world is located in the Emerald City.

Coming in at No. 2 is Denver followed by another popular coffee city, Portland. Rounding out the top five are Minneapolis and San Francisco.

Where is Pumpkin Spice Latte the Most Popular? 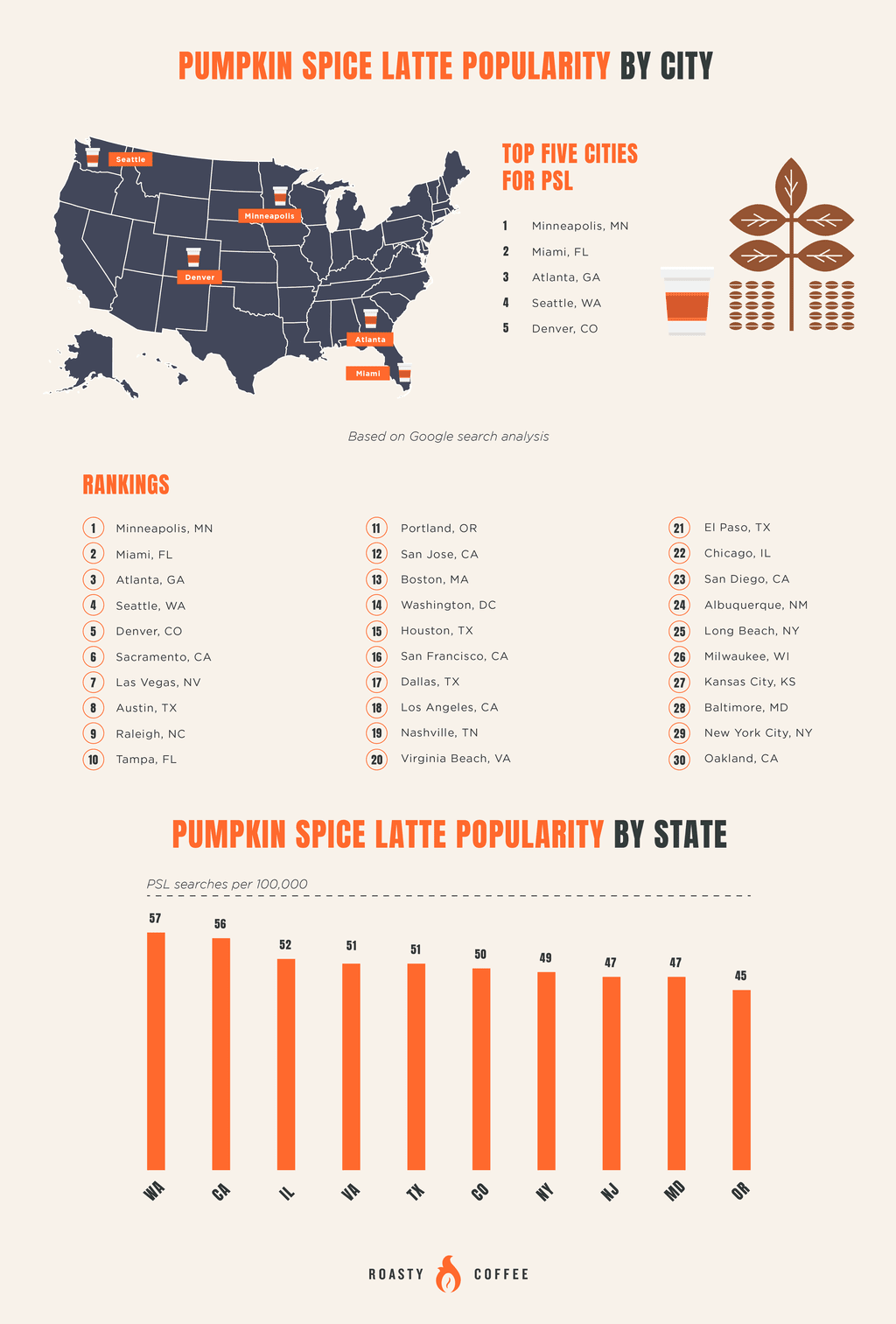 We’d be remiss to talk about coffee this time of year and not mention the elephant in the room – the pumpkin spice latte.

Whether it’s hot, iced, or flavored, coffee is a go-to drink year-round, but once fall rolls around, there’s one particular type of coffee that reigns supreme.

Loved by many and loathed by others, America has had a complicated relationship with the pumpkin spice latte. But wherever you stand on this divisive drink, it’s hard to ignore its dominance once summer turns into fall.

Pumpkin spice latte has become synonymous with fall, but this year major coffee chains have put it on their menus earlier than ever, so we were curious to find out where this flavored coffee beverage is the most in demand.

According to our analysis, 169 searches per 100,000 for pumpkin spice latte are conducted in Minneapolis.

When you think of fall and pumpkin spice, Miami is probably the last locale that comes to mind, but apparently people in The Magic City love their PSL, which is why they take the No. 2 with 152 searches per 100,000.

Speaking of the coffee capital of the U.S., the state of Washington conducts the most searches for “pumpkin spice latte” across the country, according to our analysis. California comes in at No. 2 followed by Illinois, Virginia and Texas.

The PSL trend has created countless spinoffs from flavored beverages to deodorant (yes, there really is a pumpkin spice latte deodorant). Love it or hate it, it’s safe to say PSL isn’t going away anytime soon.

Using the Google Ads platform, we analyzed search volume for “coffee,” “coffee shops near me,” and “coffee near me” throughout the last 12 months to determine which cities search the most for these terms per capita. We also analyzed “pumpkin spice latte” to determine which cities and states search the most for this phrase per capita during the month of September, which is the most popular time of year to search for “pumpkin spice latte.”

When using this data and research, please attribute by linking to this study and citing roastycoffee.com.

Cold Brew Coffee Benefits That Might Just Make You Try It

How To Clean Your De’Longhi Espresso Machine: A Complete Guide