El Salvador is the smallest and most densely populated country in the whole of Central America – with a population of just under six and a half million, that’s a lot of people that need to be caffeinated. Unsurprisingly, coffee quickly became an important economic asset, and El Salvador became one of the most efficient producers in the world.

First cultivated for domestic use in El Salvador way back in the early 19th century, it didn’t take long for coffee’s commercial promise to be noticed. El Salvador’s coffee industry quickly began and never looked back.

What process did the coffee industry in El Salvador go through? What’s their preferred processing method? And what does the coffee taste like?

Coffee Production And The Economy

After a fairly slow start in the mid-19th century, the production of coffee beans rose dramatically between 1880 and 1914 with the value of coffee exports rising by more than 1,100% during this period.

The production of our favorite caffeinated bean has had an incredible influence on the Salvadoran society and economy. The coffee industry and market have allowed for the development of essential infrastructure in the country.

The building of essential roads has spurred the integration of indigenous communities into a new, more financially secure future.

Before the devastating effects of civil conflict and unrest in the 1980s, the success of the coffee of El Salvador also funded the growth of coffee production and the development of the important cotton industry.

Civil Conflict And The Coffee Market

Beginning at the turn of 1980, civil conflict in El Salvador alongside government policies and horrible luck in the form of natural disasters had a huge, negative effect on the industry.

During this period, coffee growers faced extortion and attacks which immediately impacted production and also an investment as many potential investors were not comfortable investing their money in a potentially dangerous business. During this period the United States provided military aid.

As if things couldn’t get worse for the coffee producers of El Salvador, in 1986 following a huge price jump world coffee prices fell considerably, dropping 35% – the country’s coffee bean exports fell from $539 million to $347 million.

Yet for the coffee farmers themselves, they had continued support during the conflict from the guerrillas throughout this period. During the 1984-85 coffee harvest, the guerrillas threatened to attack any plantation that they thought underpaid workers, demanding that they receive an additional US$1 each.

This goes to show just how important coffee remained, throughout even the most turbulent of times for El Salvador.

Three Or Seven (Depends On Who You Ask) 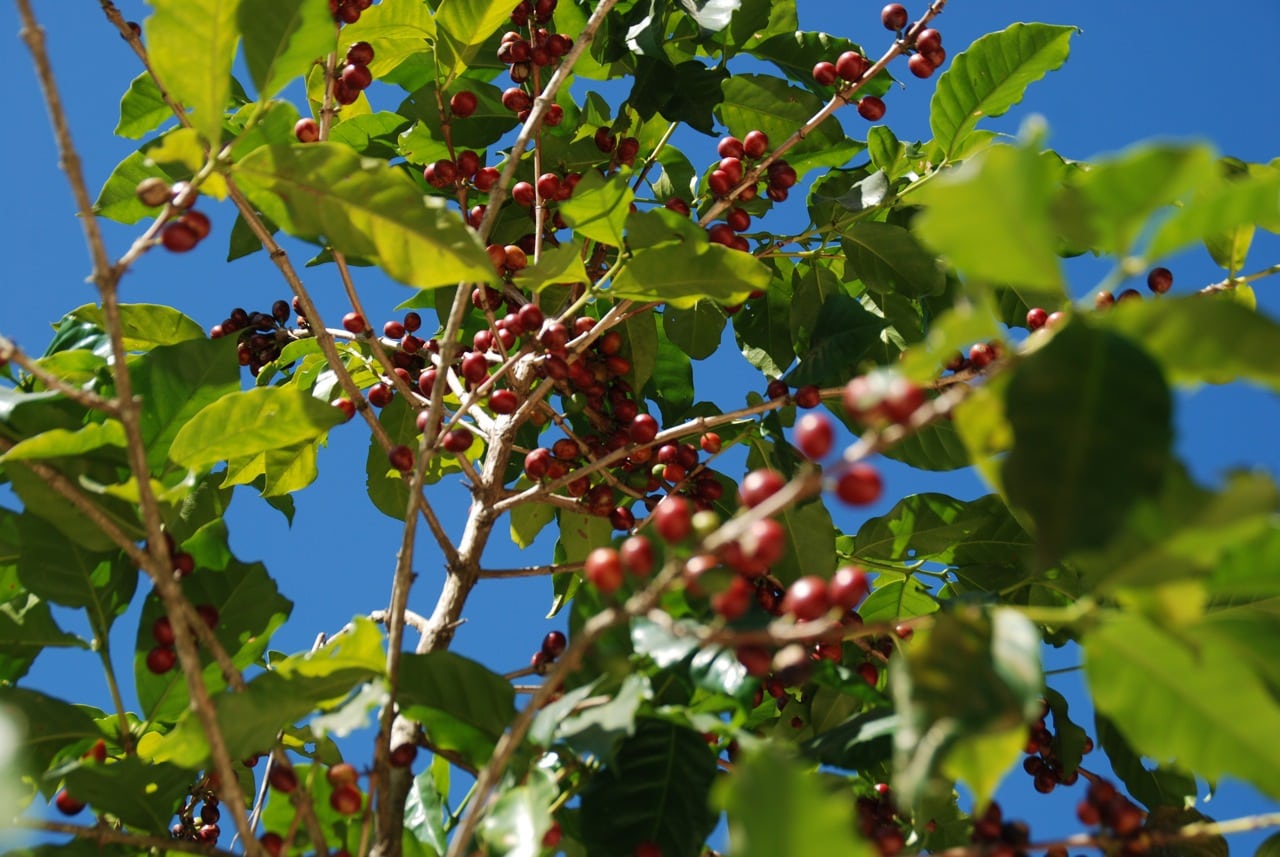 Depending on who you ask, you’re going to get a different answer for how many coffee-growing geographical regions exist in El Salvador. Taking a cue from PROCAFÉ (El Salvador’s research institute) we here at Roasty are sticking to seven. They are distinguished by their varying altitudes and flavor characteristics.

Typical harvest times in El Salvador occur between October and March – the coffee is ready to export in July.

Combined annual exports from these areas between 2013/14 reached approximately 573,000 60kg sacks. This number placed El Salvador in the 19th biggest coffee producer in the world during this period.

Although each area’s altitude and climate influence the taste of the coffee beans, generally El Salvador coffee tends to be a softer and less acidic drink when compared to other Central American coffees.

It is known to have a sweet and fruity aroma with considerable spiciness. Its sweetness ranges from honey-like to chocolatey, to citrusy (orange and lime). Yum!

Due to El Salvador coffee having such low levels of acidity as well as an appealing sweetness it is an ideal coffee to be used in blends. A coffee blend is when two or more coffees of different origins are mixed, taking the best qualities of the different coffee beans to produce a well-balanced product. Move over a single origin!

Among the various coffee-growing regions of El Salvador, the taste of the bean will change. This is due to the different varietals that are grown in the country, as well as the coffee processing methods used. The three of the most popular regions can boast a subtle difference in each cupping profile.

El Salvador coffee is generally considered to be consistently good, but not excellent. The coffee El Salvador can produce while not the best in the world will nevertheless satisfy your urge for a great cup or two.

Although El Salvador coffee may generally be of just a consistently decent quality, it does still have a caffeinated trick up its sleeve.

With a nickname like “The Land of Volcanoes” its no surprise that some of the coffee El Salvador produces thrives at high altitudes. Both the Bourbon and Pacamara varietals grow at approximately 1,300 meters above sea level. This places them within the Strictly High Grown (SHG) classification.

What’s special about these coffees is that because of the harsh weather conditions that naturally occur at higher altitudes, the coffee grows at a much slower rate. Because of this, the plants have much more time to develop complex sugars which improve the taste, such as the coffee grown on the Santa Ana volcano.

Because of the very nature of mountainous areas, rainwater runs off the surfaces much easier and therefore the coffee plants do not absorb too much water. The result is a much more dense coffee cherry, with more nutrients. 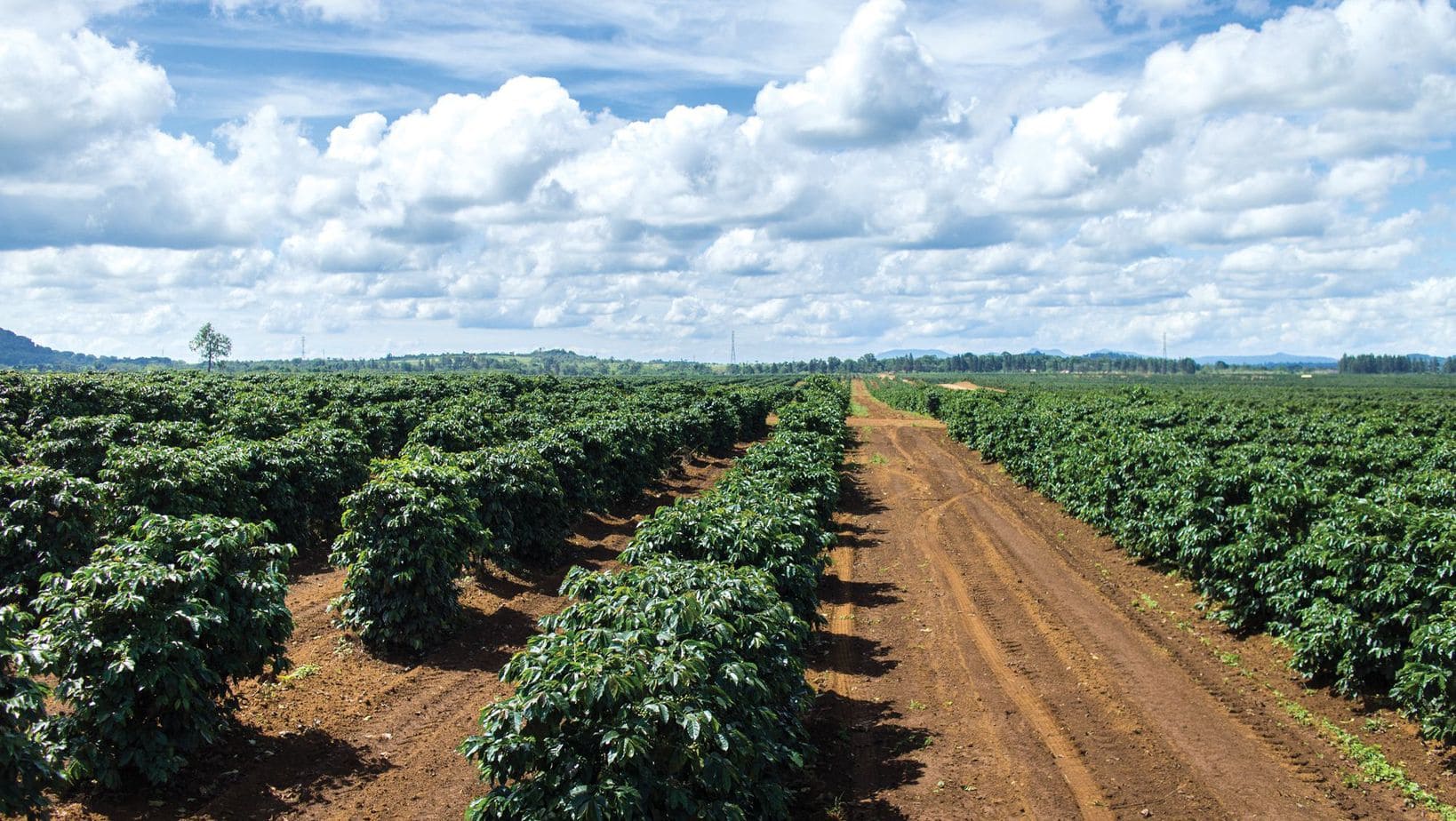 Long On Quality, Short On Luck

While these unique El Salvador coffee varietals are great caffeinated gems from Central America, they aren’t without their issues.

These beans are often grown in monoculture (this is when only a single crop is grown in a given area) and can be very susceptible to coffee leaf rust. Bourbon in particular is particularly bad at combatting the disease, and since its Pacamara’s parent varietal many of these Central American coffee plants suffer.

For an extended period during the last decade, there was a large outbreak of the disease which impacted the annual coffee yield massively and caused the quality of the product to fall considerably.

Most El Salvador coffee is semi-washed (a process also known as wet-hulling). The outer skin of the coffee is removed through submersion in water, but the mucilage remains. It’s then removed mechanically, by spinning the fruit with a machine. After the cherries are dried in the sun, the parchment they dried on is removed.

Drying directly in the sun on raised beds allows for the whole bean to gain a fruity quality.

A New Method In El Salvador

More and more of the producers of El Salvador coffee are now double soaking the coffee cherries. With this method, the mucilage remains as the spinning stage is skipped. The coffee is submerged in water overnight to ferment – they are then rinsed and washed in clean water before the process is repeated and the coffee submerged for another 10 hours.

Varying the amount of time that the coffee beans ferment in the water means that different flavors may be drawn out of them.

Increasingly, producers of El Salvador coffee are incorporating the “honey” process with their beans. This is when the fresh coffee cherries are de-pulped but allowed to dry without being washed. With this method, most of the coffee cherry has gone, but not completely.

What remains is a sticky, golden mucilage that looks a lot like honey. This is where the name comes from.

Much like double-soaking, this coffee processing method is still in its infant stages. This is an exciting time for coffee. Different combinations of fruit left on the bean with varying drying times could yield interesting new flavors of El Salvador coffee throughout the country.

The Culture And Coffee El Salvador Is Proud Of

Coffee’s turbulent history has left a large imprint on the politics, history, and culture of El Salvador. The country, throughout its modern history, has relied heavily on this special caffeinated crop. With the rise and fall of coffee, El Salvador has seen its economy at a loss.

Nevertheless, through cooperative coffee farmers and producers are seeing a light at the end of the tunnel. In San Salvador Foto Café has opened, selling exclusively coffee from Fairtrade coops. This quintessential El Salvador cafe is a sign that coffee holds the promise for a brighter future for the country.

The owners of the café are hoping that they can influence the buying habits of the locals, showing them that they can support the passionate farmers throughout the country by purchasing delicious coffee. Not only that, but they are also keen to make the most of the increasing number of foreign visitors making their way to the country.

Whether it’s a whole bean or a single origin, coffee makes the world go round. To finish up, we have a couple of suggestions for you to start your new obsession with this great coffee. 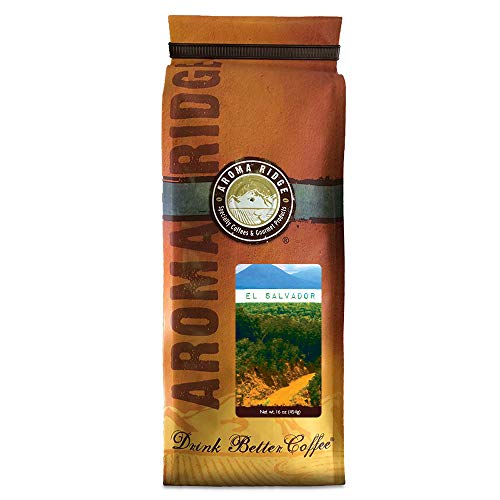 Aroma Ridge, El Salvador Coffee, 1 lb Whole Bean
Check Price on Amazon If you click this link and make a purchase, we earn a commission at no additional cost to you. Last Update: 2022-01-17

What’s unique about this coffee from Aroma Ridge is that it’s shade-grown. This means that the coffee plants were grown under the shade of a large canopy. This method requires little to no pesticides or fertilizers and so the soil the plant grows in is not tainted.

El Salvador SHG Santa Maria Coffee Beans RFA Certified (Dark Roast (Espresso), 5 pounds Whole Beans)
Check Price on Amazon If you click this link and make a purchase, we earn a commission at no additional cost to you. Last Update: 2022-01-17

With low acidity and a full-body, it tastes of caramel, butterscotch brown sugar, and chocolate. Is this what heaven tastes like?

Once you’ve ordered your coffee, its sent out to you on the same day its roasted – this ensures you will regardless of your preferred brewing method, your newly-purchased coffee will taste great every single time you use it.

We at Roasty hope that we’ve helped you in what can be the hardest choice of them all… choosing the next coffee to try.

Coffee Beans: From Plant to Home

Oily Film On Coffee: Has Your Coffee Gone Bad On You?

Why Doesn’t Coffee Keep Me Awake?

Chocolate In Coffee: Add The Cocoa Flavor To Your Favorite Brew