Since there are many different options when it comes to Starbucks drinks sizes, especially between hot and cold drinks, it’s important to understand what you get in each size.

If you’ve ever been to Starbucks, there’s probably been a time when you were confused about all the different sizes, their names, and how much you’re getting in what you order.

There’s actually a lot of variation when it comes to hot versus iced, the type of drink you order, and more.

We understand how it can be overwhelming, which is why we’re giving you the inside scoop on everything to do with Starbucks drinks sizes. 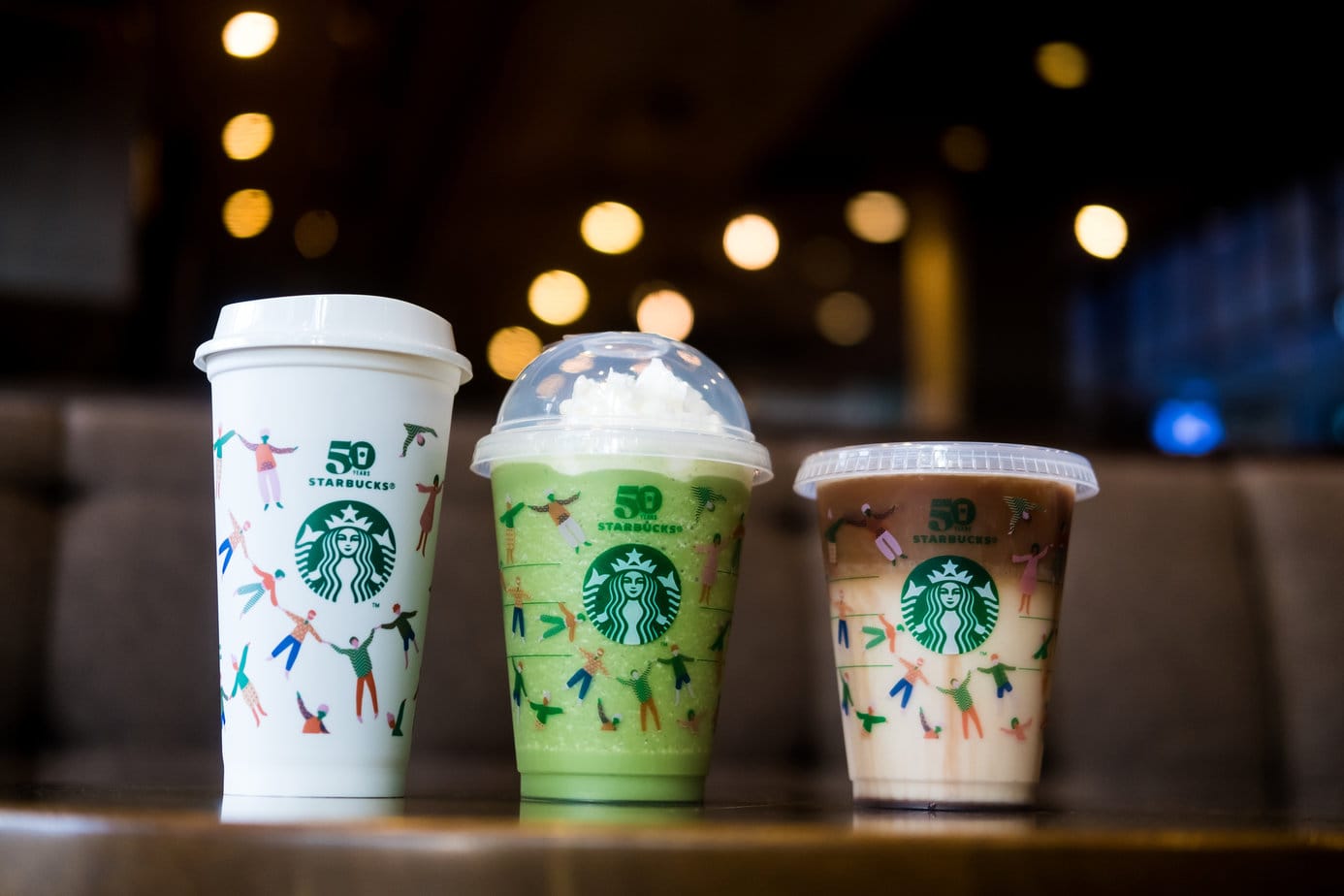 To start, let’s look at all the different hot drink sizes that Starbucks sells and how you should determine what to order out of the many options.

The smallest size at Starbucks only comes in a hot cup form, though some locations even have a smaller size, which is labeled as a demi cup and sits at about 3 ounces.

However, the short cup is more common, though still not always on the menu at most Starbucks locations.

This size is 8 ounces and is reserved for shots of espresso, or for specialty customizations such as if a customer wants a cortado, a short americano, or even a traditional macchiato.

The tall is the most common small size sold at Starbucks and is perfect for someone who doesn’t want their drink very milky or watery.

This cup sits at 12 ounces and is usually the smallest size you can order your drinks in at most locations.

If you’re looking to get a standard latte, cappuccino, or caramel macchiato, the tall comes with one shot of espresso unless you ask for more.

However, Starbucks Americanos always come with an extra shot because of the use of water, so a tall Americano would come with two shots of espresso.

The next size up is a typical medium size, but Starbucks calls it a grande. This cup, which is sized at 16 ounces, is great because it allows for more customization when it comes to drinks.

The biggest size you can get in a hot drink at Starbucks is the venti. This cup sits at 20 ounces and allows for an even greater level of customization.

The difficult thing to understand when it comes to the venti size is that you also get two shots of espresso for lattes, cappuccinos, or caramel macchiatos, just like the grande size.

However, Starbucks still wants to match the strength for Americanos, so you actually get four espresso shots in a venti Americano.

You might think that the cold drinks sizes at Starbucks would be nearly identical to their counterparts, but that’s actually not true.

The smallest size that comes in a cold Starbucks drink is only a tall, which once again sits at 12 ounces. Of course, you have to take into account the ice that you also get in the beverage.

Even so, you still only get one shot of espresso in this size cup for lattes, cappuccinos, and caramel macchiatos, and two shots of espresso for a tall Americano.

It seems that this one has a bit less drink compared to the hot version.

Once again, the grande size at Starbucks seems to leave a bit more room for customization, even in its cold version. This cup is also 16 ounces, so the ice will leave less liquid, but this size still seems to be a good medium.

Unlike the hot venti cup, Starbucks has different standards for their cold venti cup. This size actually has 24 ounces to make up for the amount of ice they put in the drinks.

The venti Americanos still have four espresso shots, but that just means there’s less of a jump in the cold versions of these drinks.

Surprisingly, the venti is not the biggest size that Starbucks sells, at least not in the cold drinks. The trenta is the largest cup that they have overall, and it sits at 31 ounces.

However, this size is not for any of the lattes, cappuccinos, caramel macchiatos, frappuccinos, or Americanos.

This cup is actually restricted to cold brews, iced coffees, iced teas, and refreshers. Therefore, there are no standard espresso drinks in this size, unless you choose to add some to your cold brew or iced coffee.

What to Know Next Time You Order a Starbucks Drink

Since it can be a little overwhelming, especially because all the cup size names seem to be derived from Italian rather than your standard small, medium, and large at other coffee shops, we understand the need to have some clarity.

So, now that we’ve given you a bit of a rundown on Starbucks drinks sizes, whether it be hot or cold, a latte or a cold brew, or even an Americano, keep this in mind when you go to order your next coffee.

How To Clean A Keurig Coffee Maker The Right Way