With the growing popularity of specialty coffee, there’s a world of interesting coffee beverages to choose from. However, it can be hard to keep up sometimes. Don’t fret, though; that’s why we’re here! 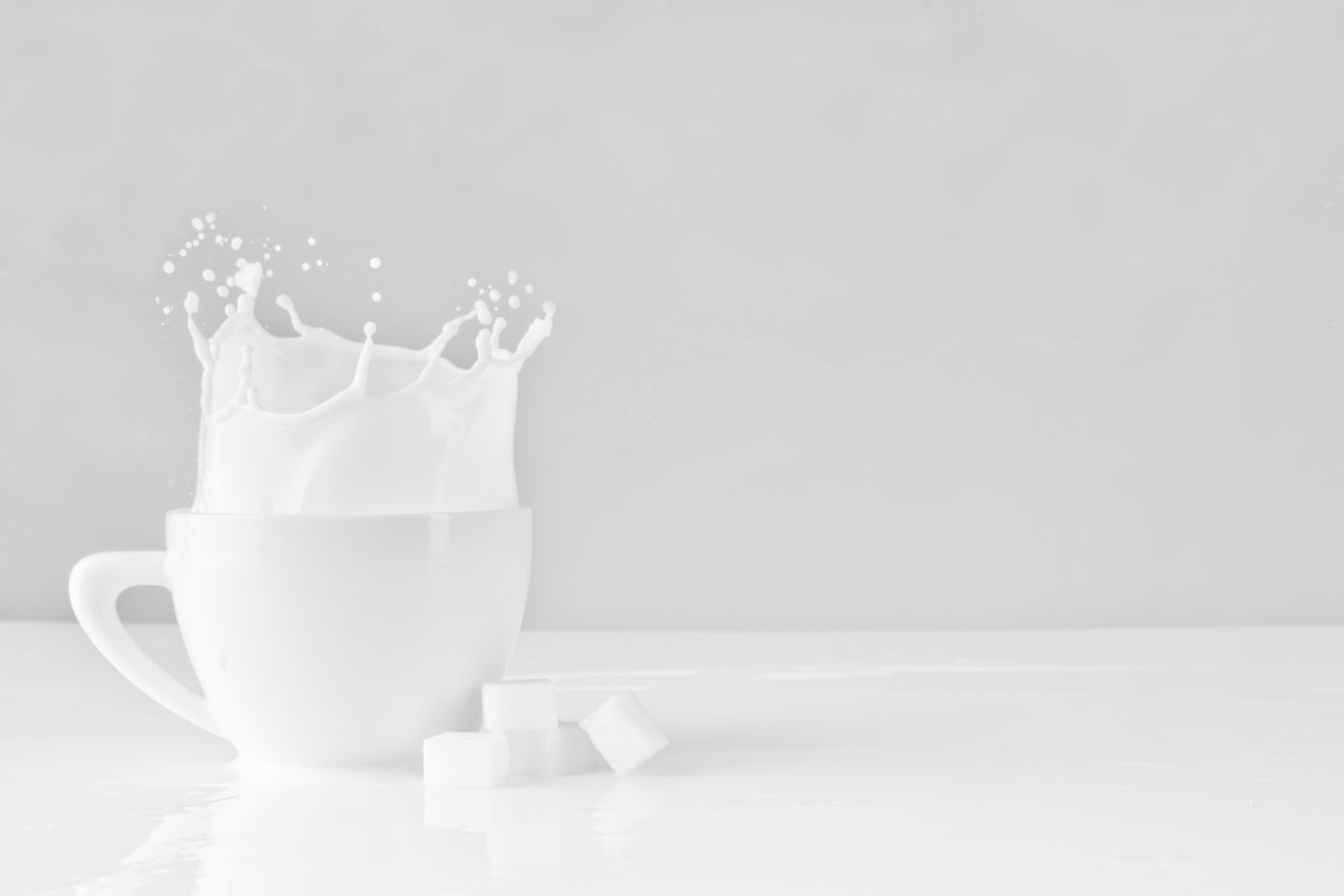 If you’ve been following some indie coffee circles lately, you may have come across the term “white coffee” posted as the coolest new product at your local coffee shop. But it seems like there are about as many definitions of this coffee drink as there are variants of coffee. Read on for an explanation of this exciting coffee trend.

With a term as simple as white coffee, it’s no wonder people have different ideas of what this coffee is. The reason for the disparate definitions is because light coffee drinks developed in multiple parts of the world. Because no new, creative labels like “frappuccino” have cropped up, coffee shops often leave things a little ambiguous.

The two types of white coffee you may run into on your coffee shop crawl originate either from Malaysia or Yemen.

Before we jump into the nitty-gritty of what separates the various kinds of white coffees, let’s talk about what ties them together: the beans. More specifically, how those beans are roasted.

For Yemeni white coffee, beans are roasted at about 325 F, which is exceptionally low. Thus, the roasted coffee beans do actually look almost white in color when they are pulled from the roasting machines. (If you are familiar with the term, these may fall into the category of a Blonde Roast)

While still a light roast, Malaysian beans are not quite “white.” They are a very light roast though. Also, during the roasting process, the roasters use palm oil margarine rather than the margarine, sugar, and wheat combination used for their dark roasts. This process gives the resulting brew a slightly caramelized flavor.

This “low and not-so-slow” roast makes for a bean that barely gets past the first crack.

Aside from the slight differences during roasting, there are a few other notable differences between these two white coffee origins.

For Malaysian white coffee, the name comes from the preparation of the drink itself. After brewing with the light-roast beans, the barista adds condensed milk to the tan-colored coffee.

In order to get the flavor out of the unique beans, the grounds have to be brewed at about 200 degrees Fahrenheit. It’s then poured from well above the cup to help cool it down and create a nice foam.

On the other hand, the Yemeni version is all about the beans. While these beans aren’t always served in the traditional Yemeni style, most coffee shops that offer it still do. That means a mixture of spices called Hawaij is added to the beverage.

If you’re currently at home drinking Death Wish or the like, the subtle Malaysian coffee might not suit you.

But if you’re looking for something smooth, creamy, and sweet, it’s perfect. The coffee flavor is rather subdued, though some people do say the flavor is purer than those muddled by other roasting/extraction processes.

On the other hand, because it is an even lighter roast, it’ll have a good deal more acidity than most coffees. Due to the added spices, this brew has an earthy, nutty flavor without the bitter undertones characteristic of coffee. This is a plus for some and a con for others, so your personal palate is what will determine its agreeability.

The addition of the hawaij gives this coffee a bit more oomph than your usual cup of Joe. Thanks to the subtlety of the coffee flavor, the intricate notes of the brew and the spice mixture can shine through.

There are some sources that tout the exceptionally high caffeine content of white coffee. Supposedly, the roasting process causes the loss of some caffeine, so naturally this ultra-light roast must have a TON of caffeine. This isn’t exactly true.

Because light coffee is denser than dark roasts, measuring your coffee (as opposed to weighing it) will give you some slight variation in caffeination. However, the difference, even with white coffee, isn’t spectacular. The real difference is in the beans themselves (Arabica vs Robusta).

So if you’re not a fan of white coffee, making the switch for the sake of caffeine isn’t worth it.  Taking your coffee white isn’t going to outpace taking your regular coffee black. And it probably won’t come close to what you can pull from your espresso machine.

While you probably shouldn’t be relying on white coffee as a total health alternative, it does have some nice benefits. It is higher in chlorogenic acid than other coffees (which already contain considerable amounts). Some studies suggest that this particular acid may help improve cardiovascular health, glucose regulation, weight loss, anti-inflammation, and more.

So, even if the caffeine content isn’t as spectacular as some people believe, there are certainly plenty of other potential health benefits for you to explore thanks to that chlorogenic acid.

What is a Flat White Coffee?

Scattered mentions of people drinking flat whites is another source of confusion when talking about white coffee. If you want the full low-down on this drink, check out the full article here. We’ll give you a quick rundown though.

Flat whites are espresso-based coffee drinks (often using dark roasts coffee), so they definitely aren’t using any version of the light roast, white coffee beans. After pulling a couple of fresh shots from your espresso machine, cover those with a helping of steamed milk and a thin layer of microfoam and voila!

The reason people go for a flat white is to enjoy an intense coffee flavor complemented by the addition of smooth milk on top. On the other hand, white coffee is deliberately light on the traditional coffee flavor and is intended to enhance the experience of other flavors.

In white coffee, the brews put the coffee part on the back burner so that you can enjoy flavors such as the sweetness of caramelization and condensed milk or the spice of the Hawaij.

Hopefully helps you know which new coffee drink is the better way to enjoy your brew!

Can You White Coffee at Home?

Honestly, white coffee isn’t the easiest thing to make from scratch, but it is definitely possible. Chances are you aren’t going to be able to find a bag of whole beans to purchase. But, trust us, these pre-ground products are a blessing, as these beans are rather dense, making them nearly impossible to grind.

Once you’ve found the lightly roasted beans and you’ve spared your grinder some serious suffering, you’ll need to make sure you have an espresso machine ready to start brewing. Most other brewing methods aren’t going to cut it in terms of how much water they can push through that grind.

If you have the kit on hand, things are pretty simple from here. Pull one or two shots, add condensed milk or Hawaij as appropriate, and enjoy your new favorite at-home beverage.

White coffee, both the Malaysian and Yemeni variety, is an exciting coffee beverage that’s worth trying if you’ve never tasted it. While some of its caffeine boost properties are a little over-exaggerated, it is still a tasty treat with a couple of interesting plus-sides.

We especially recommend this drink to people who prefer a more subtle coffee flavor and generally prefer lighter roasts. The Malaysian version of white coffee is great if you’re looking for something sweet and creamy; whereas the spice of the Yemeni drink leans into the naturally nutty flavor. 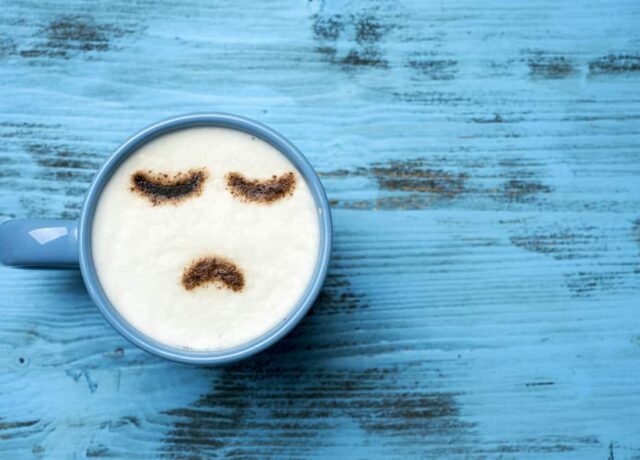 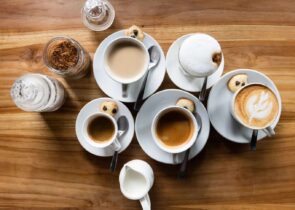 17 Great Ninja Coffee Bar Recipes to Spice Up Your Routine 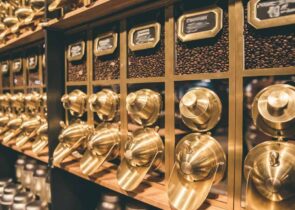 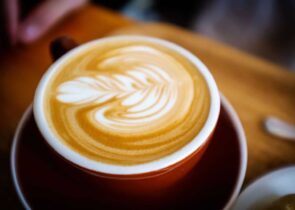 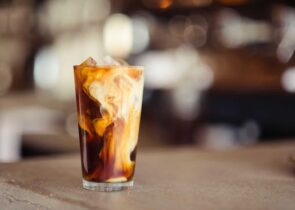