In the coffee world, the Philippines are unique. Due to its climate and environment, it is one of the few countries in the world that produce four (yes four!) viable coffee varieties: Arabica, Robusta, Excelsa, and Liberica.

But having four varieties doesn’t guarantee success for Philippine coffee – in fact, it’s the opposite. The country’s coffee industry has seen big growth and big decline. Now, there’s light at the end of the tunnel, with overall annual production rising each year.

Where Did It All Start?

The first coffee to be introduced anywhere near the Philippines was Arabica, on the island of Java in 1690. After this, it’s thought that British and American missionaries brought with them West Sumatran coffee beans when they arrived in the country.

But it was as early as 1730, that a Catholic friar planted the first coffee tree in Lipa, a city in the province of Batangas – this first coffee plant, as well as many more, originally came all the way from Mexico.

Many years down the line, coffee production became the foundation for the economic growth of Batangas, eventually earning the title of coffee capital of the Philippines.

Just over a century later in 1865, coffee from the Philippines got its big break. Following the American Civil War, the United States began importing Filipino coffee, choosing it over Brazilian coffee due to its cheaper price.

Upon the opening of the Suez Canal in 1869, coffee beans were more easily transported to Europe, opening the market up much further.

But after only a decade, in 1879 the Filipino coffee industry was hit by Coffee Rust, a fungus that causes premature defoliation of the plant and severely weakens the tree. Two years later, almost all the coffee trees in the Batangas had been wiped out.

At this point, coffee production had been reduced to just 1/6 what it was. Soon after, Brazil regained its place as one of the world’s major producers of coffee beans, displacing the Philippines. The local farmers around Batangas quickly moved to the production of other crops in order to earn a living.

More disease-resistant plants were brought to Batangas with help from the United States, but it was with the surge in popularity of instant coffee that Filipino coffee more generally was able to find its feet again. Very quickly, instant coffee was being produced in large, commercial quantities which meant that coffee production had to increase.

In the 1960s, local coffee farmers began cultivating coffee beans again. In 1980 the country became a member of the International Coffee Organization (ICO). Aside from natural disasters sadly affecting traditional cultivation regions, the Philippine coffee industry has, slowly but surely, been growing. 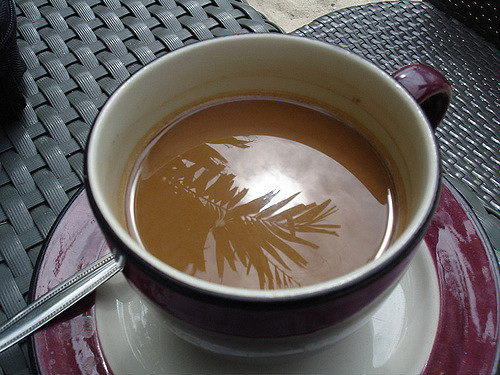 Coffee Culture In The Philippines

Over time, the people of the Philippines have – just like the rest of the world – graduated from moderate coffee drinkers to heavy ones. This is thought to be down to the appeal of the 3-in-1 coffee mixtures that are very popular in the country.

93% of all Filipino homes purchase these mixes at least once a week. The convenience of these instant mixtures is their main selling point: they are made up of pre-mixed coffee grounds with milk/creamer and sugar/syrup. They’re great for when you’re on the go or when you just fancy something quick and easy.

But even with the success of the instant mixtures, Philippine coffee shops and cafés are thriving. As of just last year, there were approximately 20 coffee chains operating there and they’re only growing in popularity. Starbucks now also has multiple cafés in the Philippines, with many just in Manila alone.

Alongside these local coffee shops are coffee vending machines that are dotted all overcrowded areas such as the mall, market, or even at the bus terminals. Wherever you go in the more urban sections of the Philippines, you’re bound to have your coffee needs met.

Presently, the Philippines has a domestic consumption that is far greater (almost double) than its overall production.

The Philippines are unique in having Liberica and Excelsa growing alongside their Arabica and Robusta, so let’s dive a little deeper into them, shall we?

Excelsa is a plant with very shiny, bronze-like leaves, and one that’s very similar to Liberica apart from its thinner and rounder leaves. Just like Liberica, its bearing age is 4-5 years. It also has an annual yield of approximately 1,000kg per hectare.

Liberica is commonly called Kapeng Barako and is exclusively a Filipino coffee varietal grown mainly in the Batangas and Cavite provinces.

The leaves of Barako are twice as long as Arabica’s and have a leathery feel to them. The unique quality of Barako is that it is drought-tolerant. These sorts of plants are usually native to dry countries and so have evolved to survive well in dry soil without much rainfall. Like Excelsa, its annual yield per hectare is approximately 1,000kg.

A Little Bit More On Barako

Kapeng Barako is unique coffee from the Philippines. Its name is now more generally used to refer to all beans grown in the Batangas and Cavite provinces and in the languages of the Philippines means “stud” – it’s unsurprisingly associated with masculinity and machismo in Filipino culture.

After the devastating effects of Coffee Rust in the late 19th century, it was only a few Barako plants that survived. Although they thrived in Cavite, Barako plants were much harder to cultivate compared to the other varieties. Instead, when the coffee market boomed again, farmers concentrated on growing alternative plants.

Barako trees are much larger than other coffee plants – often reaching 20m in height – and have to be harvested by using ladders.

Barako is a widely-loved in the Philippines, with most Philippine coffee drinkers preferring it over other varieties. Although, its also common to find blends of Barako with other varieties across the country: its distinct, powerful taste (similar to aniseed) pairs well with others, creating a unique flavor.

Filipino coffee fans are proud of Barako and sell it at both the local and tourist markets. Barako coffee is rarely exported due to most of its production originating from small, Philippine farms.

Barako beans are mainly grown on small farms because the larger farms see growing it as inefficient due to the size of the trees. But in recent years, Barako has been favored by an increasing number of Philippine coffee shops which has led to a small surge in popularity for it.

Interestingly, there are a few other uses for Barako which maybe aren’t what you’d expect:

How Is Barako Best Prepared?

Either the pour-over method or using a French Press is ideal for preparing a cup of Barako coffee. It is also a very acceptable coffee for espresso brewing.

Traditionally Barako is served black or sweetened with Muscovado sugar. (A cup of that will definitely wake you up in the morning, that’s for sure!)

Where Is Philippine Coffee Grown?

Different areas of the Philippines are specializing in the cultivation of different coffee varieties.

Sultan Kudarat leads the production of Arabica and Robusta.

Sulu specializes in Liberica and Excelsa.

Other important cultivation areas of Philippine coffee are: 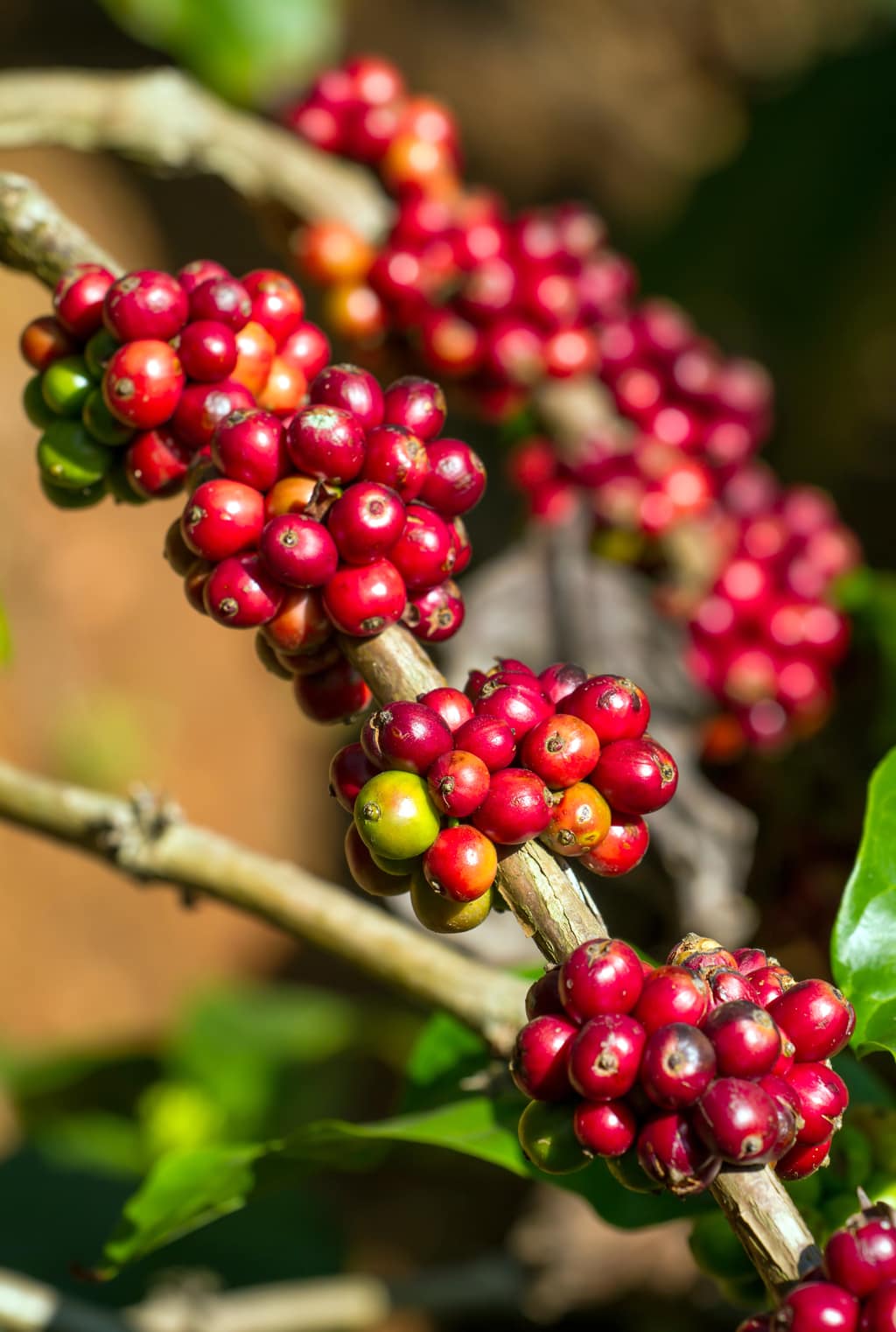 The Philippine Coffee Board

Established in 2002, the Philippine Coffee Board has set out to promote and develop the Filipino industry through marketing and developmental programs for coffee farms.

Made up of a dedicated and passionate team of roasters, growers, retailers, and local governments, the Philippine Coffee Board encourages the training of the many Philippines coffee farmers. They also hold several events per year, such as farming courses, farm tours, and coffee shop seminars.

Their mission is to create a unified industry that develops and promotes excellent Philippines coffee, establishing all-important quality standards for all Filipino coffee beans for farmers to adhere to.

Another key goal of the coffee board is to develop an ‘inclusive network of coffee stakeholders in all sections of the coffee value chain.’ While including coffee associations and producing groups, it will also include those closely associated with the product itself: the farmers, coffee shop retailers, and café owners.

The Network will be a platform where information regarding the best cultivation practices, essential coffee knowledge, and contact information may be exchanged for the benefit of the wider coffee community.

Whether it’s coffee from the Batangas province, a sweet, strong cup of Barako, or a 3-in-1 instant mix, the Filipino coffee takes on many shapes and sizes, and it’s all unique to the 7,641 (!) islands that make up the archipelagic country of the Philippines.

Bodum Bistro vs. Baratza Encore: Grind Like You Mean It

How Is Instant Coffee Made? Tips, Tricks, And More

Keurig Slim vs. Mini: A More Compact Way To Brew