What is Blonde Roast? Lighter Than Light Roast

Over the past couple years, the term “Blonde Roast” or “Blonde Espresso” has been cropping up everywhere. But what exactly is it? Is it just a super-smooth light roast or is it, in fact, the lightest of light roasts? 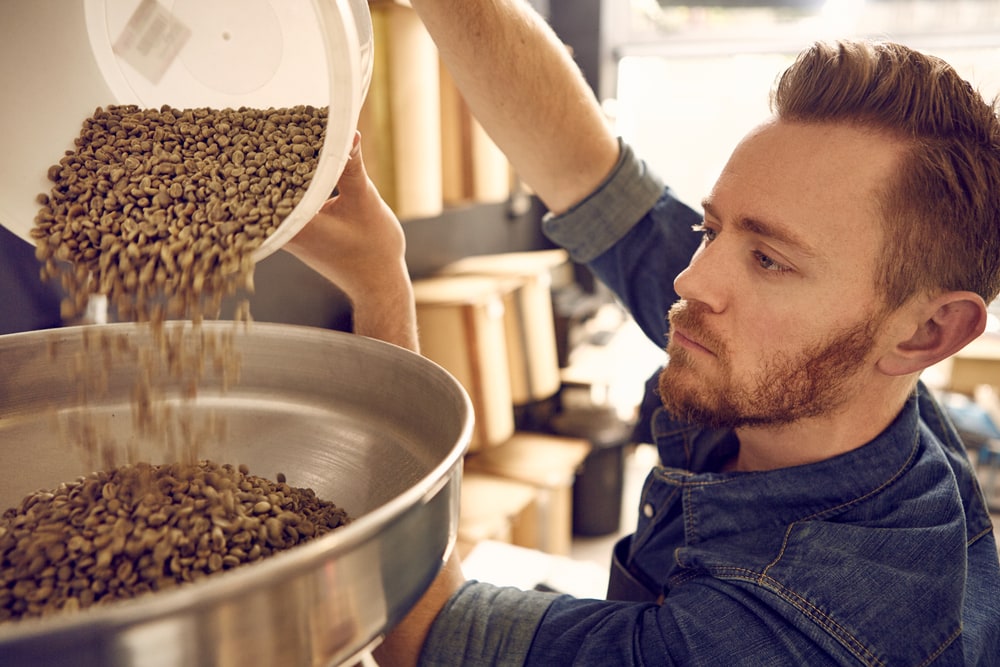 We’re here to answer all your blonde roast queries from what people are defining it to how it may affect your health. So sit tight and read on!

A Roast by Any Other Name

While it may seem as if Blonde roasts appeared out of nowhere, the concept of an extra-light roast has been around for awhile. The original term for a brew made with beans removed from the roaster at the start off 1st crack was Cinnamon Roast. This is due to the color of the resulting brew rather than any specific flavor notes.

What is considered a “blonde” roast has also been called Light City, Half City, and New England Roast. Nonetheless, Starbucks popularized the term “Blonde Roast” or “Blonde Espresso” beginning in January of 2018 in the US.  They market it as “light bodied and flavorful – our easiest-drinking coffee” and “a true light roast.”

For the sake of reference, we’re going to break down how the roast chart works. There is no standardized roast chart in the coffee industry, so there is a good bit of variation between brands. However, there are some generally agreed-upon guidelines that we can touch on.

The most basic way to divide the roast is into these categories: light, medium, medium-dark, and dark. Those are the terms you will come across most frequently whilst shopping for coffee. They are determined by a variety of factors including bean color, roasting temperature, and crack.

Note: At about 400°F, the beans outer shell begins to pop to allow for expansion, creating the first “crack,”

If you see the terms light city, half city, and cinnamon roast, it’s a light roast. That means it was roasted between 356-401°F and has a high to very high acidity. The bean surface is dry and the body is usually very light or thin. They are removed from the roaster just before or at the start of 1st crack.

Because the definition of “Blonde Roast” varies pretty significantly, some think it’s closer to a half city (the lightest roast) or cinnamon roast. Others place it closer to even a medium roast. Starbuck, for example, has a “blonde roast” that fits the color profile of a city roast (medium).

Note: Cinnamon, Half-City, and Blonde roast beans are very hard. So they may wear down your grinder and won’t work well as a chocolate covered snack.

The terms regular roast, American roast, city roast, and breakfast roast fall into the medium roast category. They’re roasted in the ballpark of 410-428°F. They also have a dry surface but tend to have more mid-level acidity and fuller bodies than light roasts. Roasters will typically remove a medium roast from the oven around the middle/end of first crack to before second crack.

The Medium-Dark Roast category includes the Full-City Roast, Full-City+ Roast, After Dinner Roast, and Vienna Roast (may also be classified as Dark). They are roasted between 437°F- 446°F. This is the point were the roast flavor begin to mingle more prominently with the varietal ones, creating hints of spice and a heavier body.

Lastly, French Roast, Italian Roast, Espresso Roast, Continental Roast, New Orleans Roast, and Spanish Roast are all considered dark roasts, making it the most diverse category. The main standard is that they remain below 482°F, but roasters generally bring them to about 464°F. These beans have an oily surface and low acidity. However, the amount of body and sweetness varies widely. They’re done during the 2nd crack.

Everyone has a different palette, so unsurprisingly some while some people delight in the flavor of an extra light roast others find it repulsive. A true blonde roast is unique, however, in that it would theoretically be outside of the normally accepted taste range.

Now, you may be shocked by that because you or someone you know really enjoys something marketed as a blonde roast. However, because there is no standardization for how companies market roasts, some of them (read: Starbucks) are marketing typical light to medium roasts as “blonde.”

Nevertheless, just like you probably have that friend who gleefully munches on the lemons at the dinner table, you might be the person who adores the hyper-acidity of a “blonde” or half-city roast.

Roasts like this are generally preferred by those who have a soft-spot for intense brightness (coffee coffee for acidic) and a lighter body. Lighter roasts also tend to retain more floral and citrus notes characteristic of the coffee’s origin.

However, you should note that many elements of the typical coffee flavor profile are missing from ultra-light roasts. The buttery, caramel notes and as well as the sweeter aromatics are largely absent because they typically only develop after high-heat interacts with the sugars of the coffee.

The acidity, also referred to as “brightness,” of light roasts is a double-edged sword. On one hand, many people prefer the brighter flavor. On the other, high-acid coffees can present potential health concerns.

Acidity directly correlates to the darkness of the roast. Lighter roasts have much higher acidities, with Half City and potentially Blonde Roasts sitting at the highest levels. As the roast darkens, the beans lose their acidity, and the darkest roasts often have a pronounced bitterness.

Dark roasts, with their very mild acidity, tend to score similarly on the pH scale to milk. Also, plain black coffee tends to be near same level as bananas. On the other hand, blonde roasts score between roasts that have unripe beans and tomato juice. So that’s a pretty huge difference!

The short answer is not really. Many people actively avoid high-acid coffee due to the averse health effects, instead opting for specifically low-acid coffees. Or, some even use eggshells to reduce a coffee’s acidity. Furthermore, having an overly acidic diet promotes a plethora of not-so-desirable effects on several systems of the body.

Some metabolic reactions can only be completed with a specific pH. So lowering your pH by consuming a Blonde roast as your daily brew, you might be bringing some unwanted side effects onto yourself.

Obviously, some people are more sensitive to these effects than others, but here are just a few of the things that high metabolic acidity often coincides with: fatigue, poor digestion, muscle and joint pain, various fungal infections, migraines, and some types of kidney stones.

As you may know, all coffee has some health benefits in the form of antioxidants. However, research shows that Blond Roasts could potentially have more of these benefits. There is supposedly a sweet spot for antioxidants during the roasting process.

Green (unroasted) coffee beans have essentially no antioxidant properties; however the roasting process activates the chemical reactions required to make them. This makes lighter roasts a sort of sweet spot for antioxidants. Some even say that the benefits of silverskin on coffee are highest around this type of roast.

However, there isn’t much evidence to indicate that a blonde roast is significantly different from other   light roasts. So while it may have more antioxidant potential than some darker roasts, it likely isn’t too far off from a City roast that has less acidity.

When looking for a blonde roast, your best bet is to just look at the beans. you’re buying. If you do genuinely want to try a blonde-like roast, you may also find it under the name half-city or cinnamon roast. However, we recommend not using roasts like these for your everyday brew.

On the other hand, if you’re already enjoying a “Blonde” roast and wanted to know more, our advice is still to check out the color of your beans. You may find that they are actually a regular light or medium roast.

Does Coffee Cause Inflammation? Tips And Tricks For Healthy Habits