Jonathan left the IT world to start his own café just six months after tasting a Panama Geisha pour over for the first time. This moment sparked a love affair with coffee that has not lost steam since. An unexpected pioneer of Specialty Coffee in the Philippines, he had to wear many hats and quickly learn the ropes of running a startup. It was a challenging time that later proved to be rewarding, thanks to connections and opportunities that helped shape the rest of his coffee career.

Jonathan is an SCA-certified coffee roaster, and has both joined and judged local coffee competitions. He won the Grand Barista Cup in 2013, and has consistently made the Final 6 in the National Barista Championships up until his last stint in 2018. He also recently discovered that he enjoys writing about coffee about as much as he does making it. His favorite things to write about are coffee gear deep-dives and informative pieces demystifying industry jargon.

These days, you can find him at Exchange Alley Coffee House in Manila, where he heads green beans sourcing and client training for the coffee-roasting side of the business. His go-to drink is the 'duet' — a single shot of espresso served with a single shot cortado. 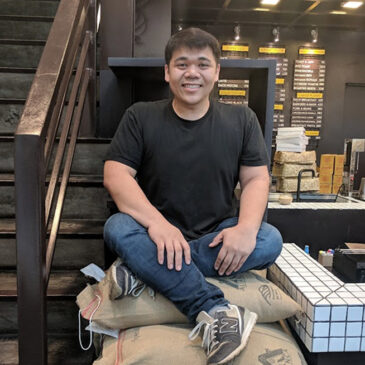 Moka Pot vs. Pour Over: Which Is Your Preferred Method?

5 Coffee Tasting Components: How To Taste Coffee Like a Pro

How to Measure Coffee: Coffee to Water Ratio Calculator