Aeropress vs. Pour Over Coffee – Which Brewing Method Is Superior?

Aeropress and pour over have recently been causing a stir amongst home baristas the world over.

So, what’s the big deal, you ask? Well, luckily, we’re here to clear up your coffee confusion and give you the low-down on these two uber-trendy home brewing methods.

Both have the advantage of not requiring electricity, so they’re easily portable. Both are compact and offer single-serve capability, making them perfect for those who enjoy quality over quantity. Or those who are simply too selfish to share their perfect brew with others. 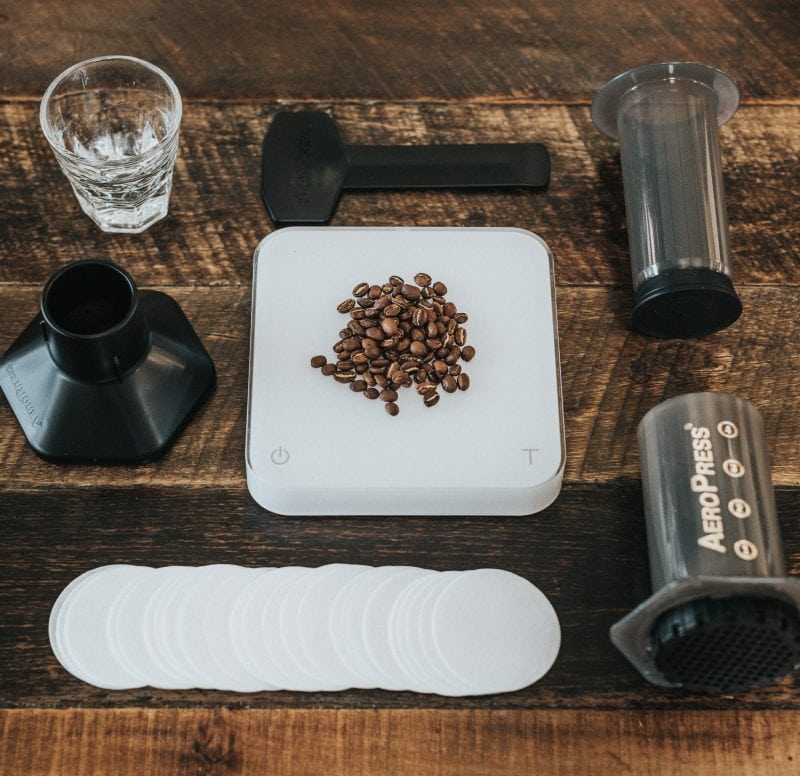 Aeropress and pour over brews give you a bright, light cup of flavor, more reflective of the coffee bean itself, rather than the smoky note of the espresso or the oily tang of the French press brew, which derives its flavor more from the roast.

Both methods are pretty cheap to practice; you don’t need any fancy machinery, and your initial outlay costs are low.

Okay, so that’s the similarities covered. But what about the differences? And, most importantly, which makes the better cup of Joe.

The Aeropress was created back in 2005 by Alan Adler, president of Airobie, makers of aerodynamic exercise apparatus and toys, including footballs and Frisbees.

The Aeropress works by using pressure to create a vacuum-sealed chamber, while heating a combo of water and coffee grounds to extract the flavor from the grind.

For the full low-down and instruction on how to brew your cup of Joe in an Aeropress, you must read our article, which you’ll find at this link. 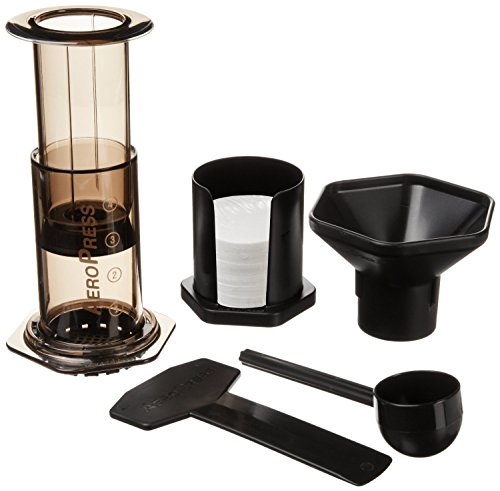 AeroPress Coffee and Espresso Maker - Quickly Makes Delicious Coffee Without Bitterness - 1 to 3 Cups Per Pressing
$29.95
Buy Now on Amazon If you click this link and make a purchase, we earn a commission at no additional cost to you. Last Update: 2020-09-20

When it comes to cleaning up after making a cup of coffee using an Aeropress, all you need to do is rinse out your cup. The grounds don’t get as wet as they do in other coffee makers, making disposal easier and less messy. Unless of course you press down far too hard when making your cup of coffee, in which case a mop, a bucket, and a clean shirt may be required.

The Aeropress is a versatile animal too. In addition to a traditional brew, you can use it to make something more akin to the coffee produced by a French press. You can also make cappuccinos, lattes, and even iced coffee if that’s what floats your barista boat. If you want a light, bright result, use the traditional method. For a darker, denser flavor hit, try using the inverted method.

In addition to the Aeropress itself, you’ll need either a burr or electric grinder. If you favor the traditional method of brewing, you’ll need a very fine grind. If you use the inverted method, you should go for a coarser grind.

Poring over pour over …

Pour over coffee has been around for many decades, and certainly well before the terms “hipster”, “beanhead”, and nitro entered popular coffee shop parlance.

In fact, Auguste Melitta Bentz invented the pour over method in 1908 when she coined the coffee filter, using her son’s school blotting paper (unused, obviously).

The entrepreneurial German housewife discovered that using a filter to remove the coffee grounds from percolated coffee got rid of both the nasty bitter flavor and the gritty bits that stuck in her teeth. And, Heiliger Strohsack! Filter coffee was invented.

Taking her experiments one stage further, Auguste found that by pouring hot water over coffee grounds placed on a filter, she created a cup of coffee with a much nicer flavor. So, the pour over method of creating a single, steaming, fragrant brew was born.

These days, you’ll need the right kit if you want to be a pour over success. You’ll need:

There’s an art to creating the perfect pour over, and it would be remiss of us not to share it with you, avid reader and coffee fan, which we do in full, flavorsome detail in this article. 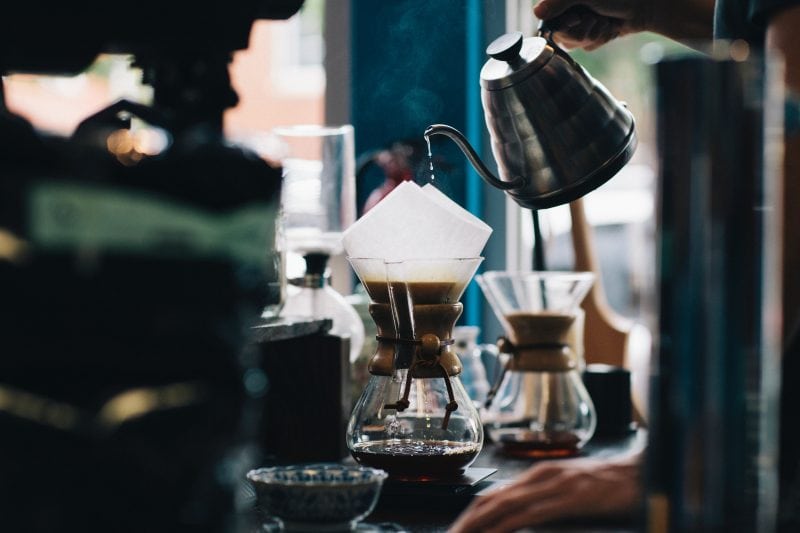 Of the two methods, brewing using the pour over is the more time-consuming. You can expect to wait two to three minutes to brew a medium roast, longer for a darker roast. By contrast, you can expect to enjoy your Aeropress-brewed cup of coffee in less than a minute, once the water begins to boil.

Pour over coffee is customizable, but it’s not as versatile as an Aeropress brew. If you just want to enjoy a bright, vibrant cup of coffee without the bells and whistles, then pour over could be all you need.

In addition to your pour over coffee maker, you’ll need a scale to measure your coffee grounds, a funnel to load the cone, and a hand grinder.

The pour over method lets you take full control of the flavor you finish up with. That’s what makes this method a firm favorite with coffee purists.

So, if you want to brew delicious, immediate (no, we didn’t say “instant”) coffee, without breaking the bank on an espresso machine, both Aeropress and pour over fit the bill.

In the versatility stakes, the Aeropress wins hands down. It’s also an easier clean up job, and it’s perfect for those home baristas who like to take the makings of a convenient caffeine fix with them on the road.

Pour over is still extremely affordable and portable, but perhaps will take you longer to fix the perfect brew.

As both these techniques are cheap and easy to get right, why not carry out your very own compare and contrast exercise in your home kitchen? 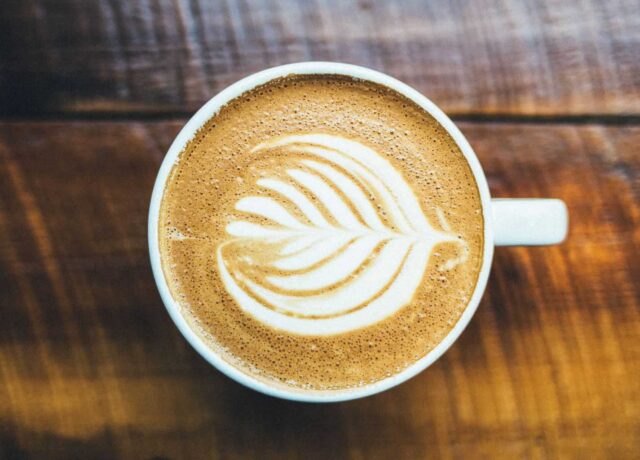 Americano vs Latte: Which Espresso-Based Wake-Up Call is Best? 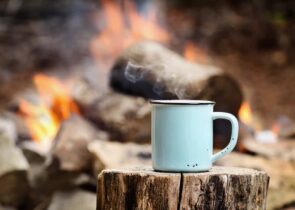 How to Make Coffee Without a Coffee Maker 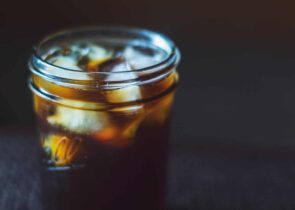 How to Make Iced Coffee With a Keurig 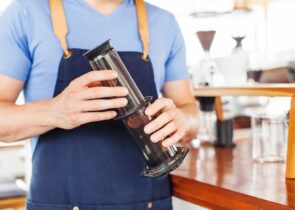 Can You Make Cold Brew With The Versatile Aeropress? 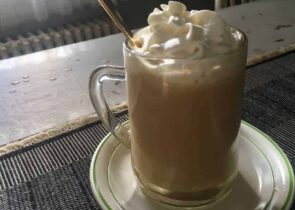