If you’re a coffee junkie like us, then you probably consume copious amounts of caffeine every day. However, it’s nice to take a break from knocking the caffeine back repeatedly, and actually learning the differences between these delicious drinks.

The cortado: you’ve probably seen them on your favorite coffee shop’s menu. You may have even considered ordering one once. And you’ve probably found yourself asking: what is a cortado?

Read on to find out more about why this spunky little drink has become so popular around the world.

A cortado is a popular smaller-sized hot coffee beverage that contains espresso and warm milk. The balance between the espresso and milk is 1:1, (about half espresso, half milk). This amount of milk primarily serves to reduce the acidity of the espresso. It’s also important to note that the warm milk in the cortado is steamed, but it doesn’t have as much froth or milk foam as other Italian coffee beverages.

Many coffee fanatics have become increasingly obsessed with the cortado due to its simple structure and international notoriety. Due to its permanently set smaller size, altering or customizing the size of the drink is often a non-negotiable factor. Even at large-chain coffee shops like Starbucks, Peet’s Coffee and Tea, and Costa, most will only serve the cortado in this pre-determined cup size.

Traditionally, they are served in small glasses made of either metal or glass. It’s usually not decorated with foam art or anything like lattes tend to be, and this is because the cortado isn’t necessarily about presentation or flair, but harmony between flavors.

The word “cortado” comes from the word “cortar,” which is the Spanish verb meaning “to cut.” The cortado is rightly named so because the milk is meant to cut through the espresso.

Furthermore, “cortado” is the past participle of “cortar,” and refers to both the dilution of coffee and espresso drinks. After its creation in the Basque country of Spain, the drink began to spread in popularity throughout the Galicia region of northern Portugal, and even Cuba.

The cortado contains little to no foam, which is the main characteristic of most Spanish drinks. If you’re a fan of foam, don’t worry. The fact that the cortado doesn’t have a lot of foam is what allows the milk to cut through the espresso, blending together as smoothly as possible. The result? A delicious combination of powerful, robust espresso with creamy, light milk.

How to Create a Cortado

In order to brew a cortado, the most important piece of equipment you’ll need is an espresso machine. Since espresso is the foundation of the drink, you’ll need access to a machine in order to make the coffee properly. In addition to this, you’ll need your preferred milk of choice at the ready to add to the drink. Here’s a quick how-to:

If you’re no stranger to brewing with espresso, or maybe even if you have an espresso machine at home, the cortado is a very simplistic yet savory drink to master. As far as presentation is concerned, you can serve it in the traditional 5-7oz or just in a coffee mug of your choosing.

And since the cortado’s main foundation is its ratio between espresso and milk, you can also get somewhat creative with your cortado by adding flavoring. Just as long as you keep the amount of espresso and milk, then you’re good to go.

Some choose to even substitute milk with another option, turning a cortado into a cortado condensada or bombon (which is espresso and condensed milk) or a leche y leche (which is condensed milk and cream on top).

How to Drink a Cortado

It’s important to note that through the cortado is a coffee beverage, it’s not interchangeable with just any other coffee drink. We understand that there are many different coffee drinks out there to choose from, but there’s no other drink that’s quite as spunky as the cortado.

In terms of the generic espresso beverage, a cortado is similar to and falls between a macchiato and cappuccino. These drinks all have the same amount of espresso, which is usually about one espresso shot.

The main difference between these different drinks is the amount of milk used. The macchiato has a little less milk, making it slightly smaller in volume. The macchiato also packs a little bit more of a punch as a result. On the other hand, the cappuccino has more milk, as well as more foam. It’s also a little larger in volume and is a little more gentle on the caffeine.

This drink can also be easily confused with a latte. However, though this coffee drink does have the same amount of espresso, it has much more milk. Since the larger amount of steamed milk further dilutes the espresso, lattes are not as potent in caffeine content as the cortado.

Here’s a little bit of a plot twist. The cortado and the Gibraltar are actually the same drink, the “Gibraltar” is just an underground name for it. The name “Gibraltar” actually originated in San Francisco, California, and was crafted by Blue Bottle Coffee Company. Unlike the cortado, the Gibraltar is named so because of the cup that it is served in, which is the 4.5 oz Libbey “Gibraltar” Glass.

Made by the Libbey Glass Company, the components and proportions of the Gibraltar are identical to the cortado, it just goes by a different time. The second name originated simply to accommodate the glass that the Gibraltar is served in. Over time, many third-wave coffee shops caught wind of this trend, and the name has spread mostly along the western coast of the United States.

Voila! Now you have everything you need to know about this delicious and quirky coffee drink! Whether you’re simply curious or are genuinely interested in making one of these in the comfort of your own home, make sure to visit this article so you don’t miss a beat.

Enjoy your cortado, and as always, happy caffeinating! 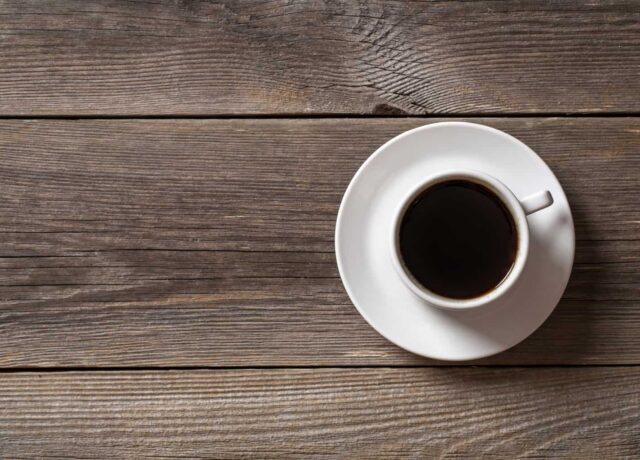 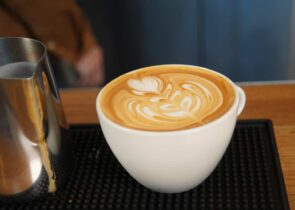 What Is A Mocha? 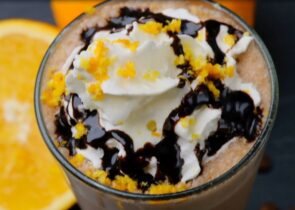 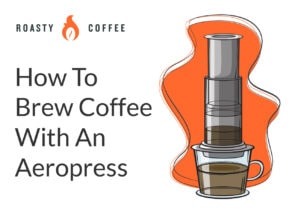 How to Brew Coffee with an Aeropress 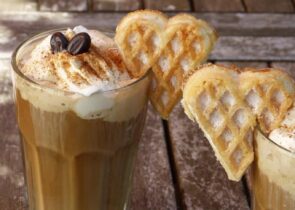