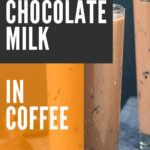 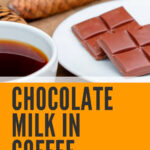 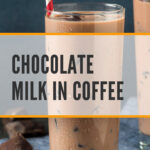 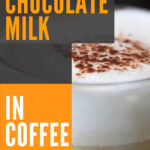 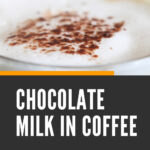 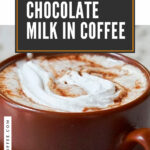 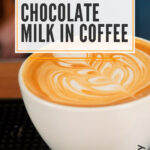 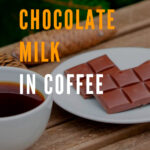 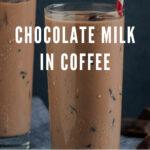 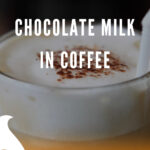 As one of the most pervasive coffee drinks in restaurants and coffee shops, chocolate milk in coffee is renowned for its sweetness. The beverage is widely known as Caffe mocha, and it contains a rich blend of steaming espresso, foaming milk, and chocolate syrup.

The drink is usually consumed as a breakfast beverage to help you power up for the rest of the day. In Italy, Caffe mocha goes by the name mochaccino. It has a few differences, though, compared to American mocha.

We will look at a brief history of this drink, how to make it, and some variations that you can try.

A Brief History of Caffe Mocha 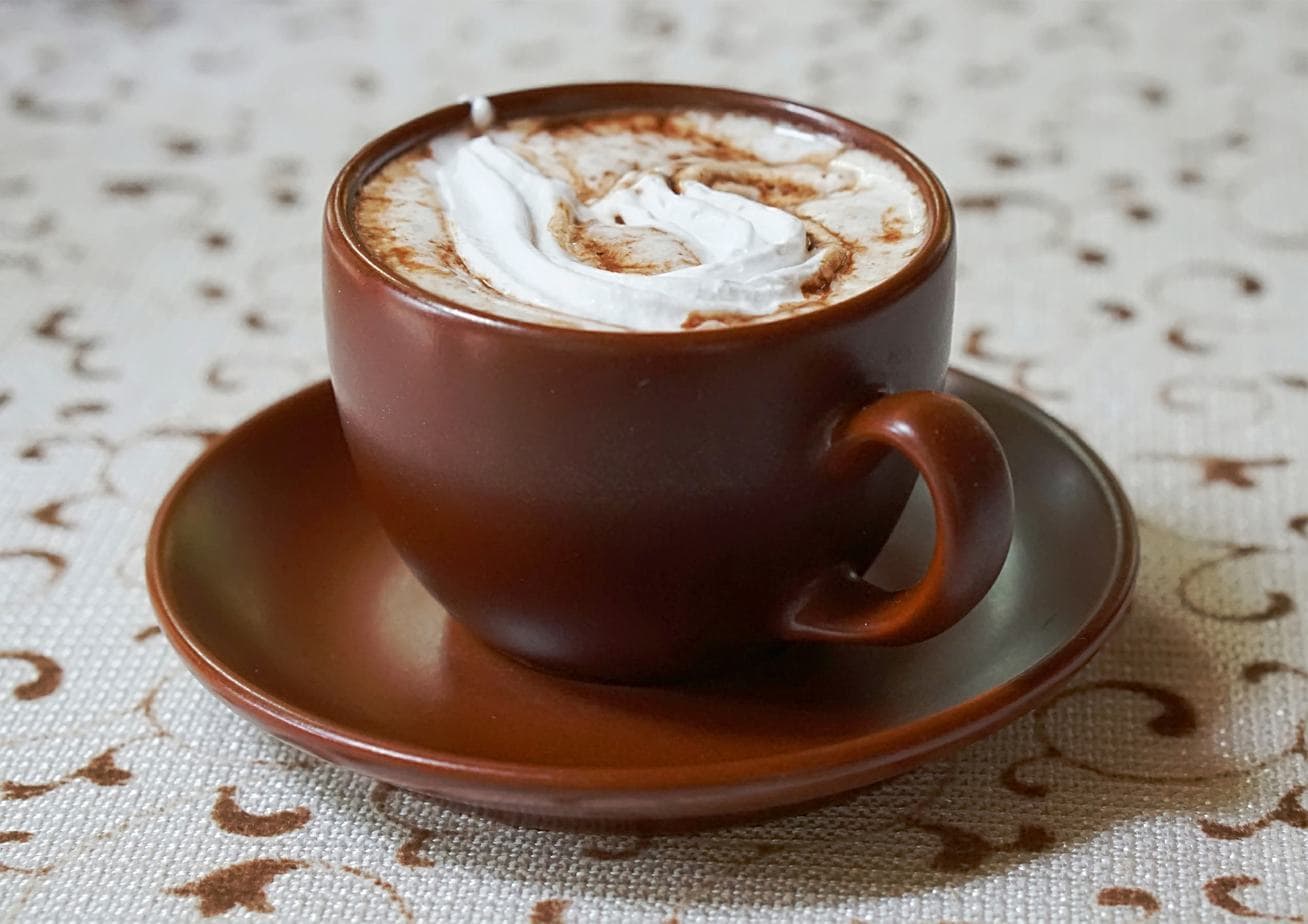 If you are a big fan of drinking Caffe mocha, you’ll be surprised to learn that it originated in Yemen. Its name comes from the port city of Mocha, which was a prominent marketplace for coffee from the 15th to 18th century.

Mocha beans later spread to Europe and along the spice route, where they became famous due to their rich, oily composition. The Yemeni variety was more chocolatey than African coffee, making it a favorite in Europe.

However, its association with the sweet chocolatey drink that we know today is not very clear. American mocha is closely related to the Italian kind (mochaccino), but there is one primary difference. The former is runny, while the latter is thick and creamy due to its cornstarch thickening.

In some cases, the difference is very subtle. While mocha has chocolate, espresso, steamed milk, and sometimes whipped cream layered in that order, mochaccino contains espresso poured into hot chocolate milk.

A cup of mocha looks very similar to a cup of latte, but when you taste the two, the difference is obvious. Latte is more espresso forward with less sweetness. Its ingredients are steamed milk and espresso, with plain milk foam on top (no toppings).

How To Make Caffe Mocha

Next, froth the milk. There are several ways to do this, but the simplest ones are using an espresso machine or a handheld frothing wand. The latter is more practical for home use as it is not expensive. Heat the chocolate milk and turn off the heat just before you reach the boiling point. Then, run the wand’s whisk in the milk for about 20 seconds. The milk should thicken and double in volume.

If you do not have a frothing wand, use a mason jar. However, with this method, you should not heat the milk first. Fill the container halfway, leaving enough space for frothing. Next, fit the lid tightly, then shake the jar vigorously for about 30 seconds. Remove the cap, then place the milk in your microwave uncovered for 30 seconds.

Once the milk is ready, pour it into the cup containing the espresso chocolate syrup mix. Top it off with whipped cream and garnish with sprinkles. Voila! Enjoy your Caffe mocha.

Just like with other foods and drinks, Caffe mocha has multiple variations. These developed over time as the beverage spread to different countries. People tend to create a variation they love, so even cafes might have dissimilar mochas. For instance, Starbucks coffee is not the same as Dunkin coffee. Below are the most common Caffe mocha variations.

Black & white mocha blends the two types of chocolate: white and dark. If you don’t have a chocolate preference, mix them. It might become your favorite brew. The drink has several other names, such as marble mocha, zebra mocha, tuxedo mocha, and tan mocha.

The names Mochaccino and mocha usually refer to the same beverage. However, as stated earlier, there are subtle differences.

In some instances, this variant is an espresso shot double with cocoa powder instead of chocolate milk. However, both can have whipped cream, marshmallows, and toppings like nutmeg, chocolate sprinkles, and cinnamon.

How To Consume Caffe Mocha

Caffe mocha is commonly served in a transparent glass with a straw to dip past the milk foam and toppings. You can also use a Caffe mocha serving cup if the foam layer is not too thick or there are not many toppings.

If you have lots of toppings, though, including marshmallows, the drink becomes more of a desert. In such a case, you need a spoon for consuming the upper layer. After this, you can use the straw or drink it normally.

Can you add chocolate milk to coffee? Yes! Though the traditional way of making this beverage is by using chocolate syrup, coffee, and milk, there are many ways to brew the drink using a few extra ingredients. The bottom line is that the beverage is a sweet treat to begin your day.

So get the ingredients and brew this sweet drink at home for your friends and family. Try making the classic mocha or the variants, or even come up with a different combination.

Macchiato vs Latte: The Expressions of Espresso

What is Swiss Water Decaf?

Is Nespresso Worth It?