I enjoy both Dutch Bros and Starbucks for delicious cups of coffee any day of the week. Both coffee houses offer all the features of high-quality classic coffee and signature drinks. But like with any kind of product, different brands have their particular strengths and some weaknesses, too. 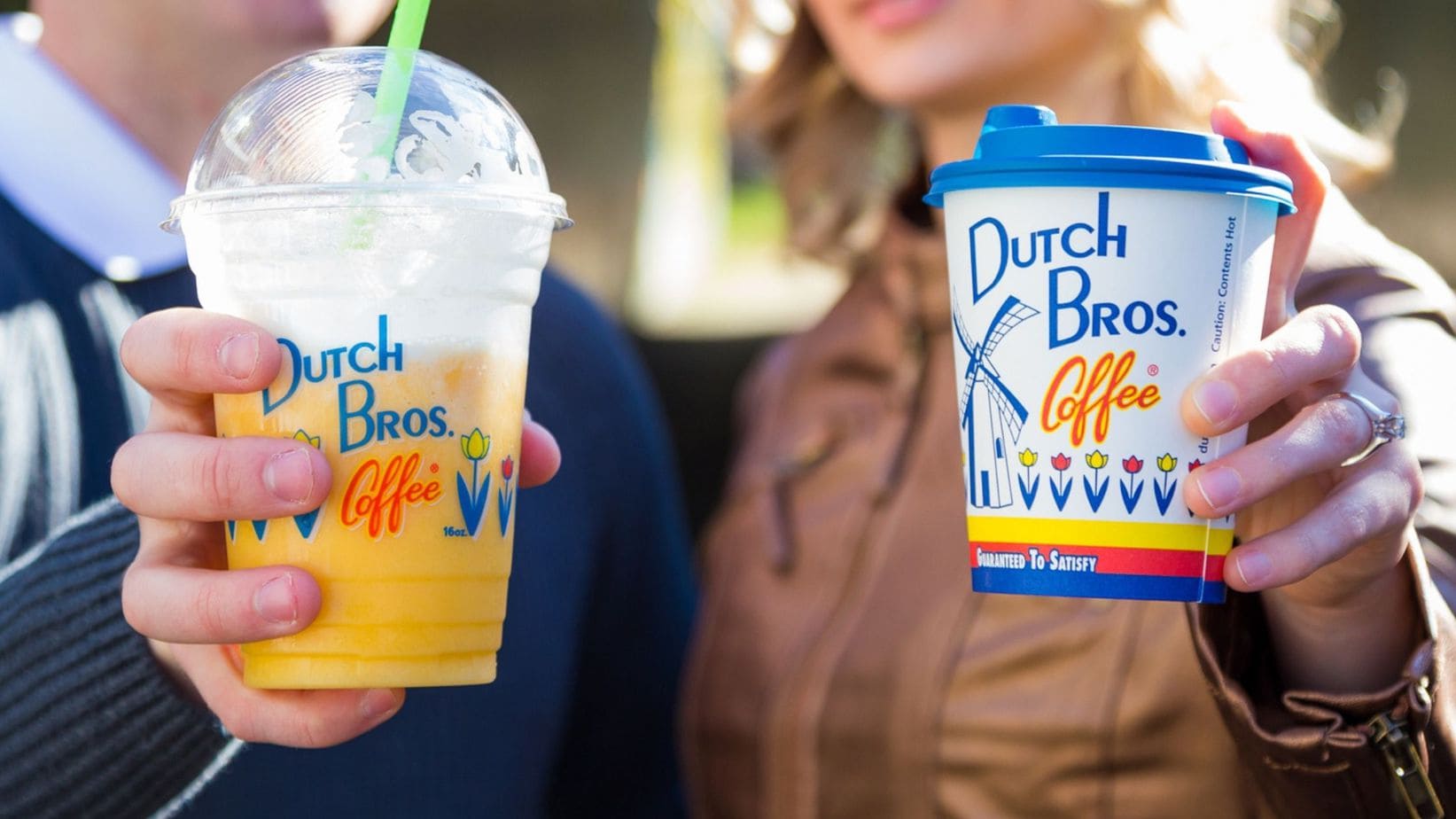 Dutch Bros is a well-known American coffee company serving a variety of coffees and cold, creamy drinks. The company has been around since 1992 and was created by founders with a background in the dairy industry. Dutch Bros prides itself on its high-quality products and its attentive customer service.

Dutch Bros shops tend to focus on creamy drinks, but you can get a traditional cup of coffee or tea there, too. Want a tasty snack? Dutch Bros is a great place to get one. 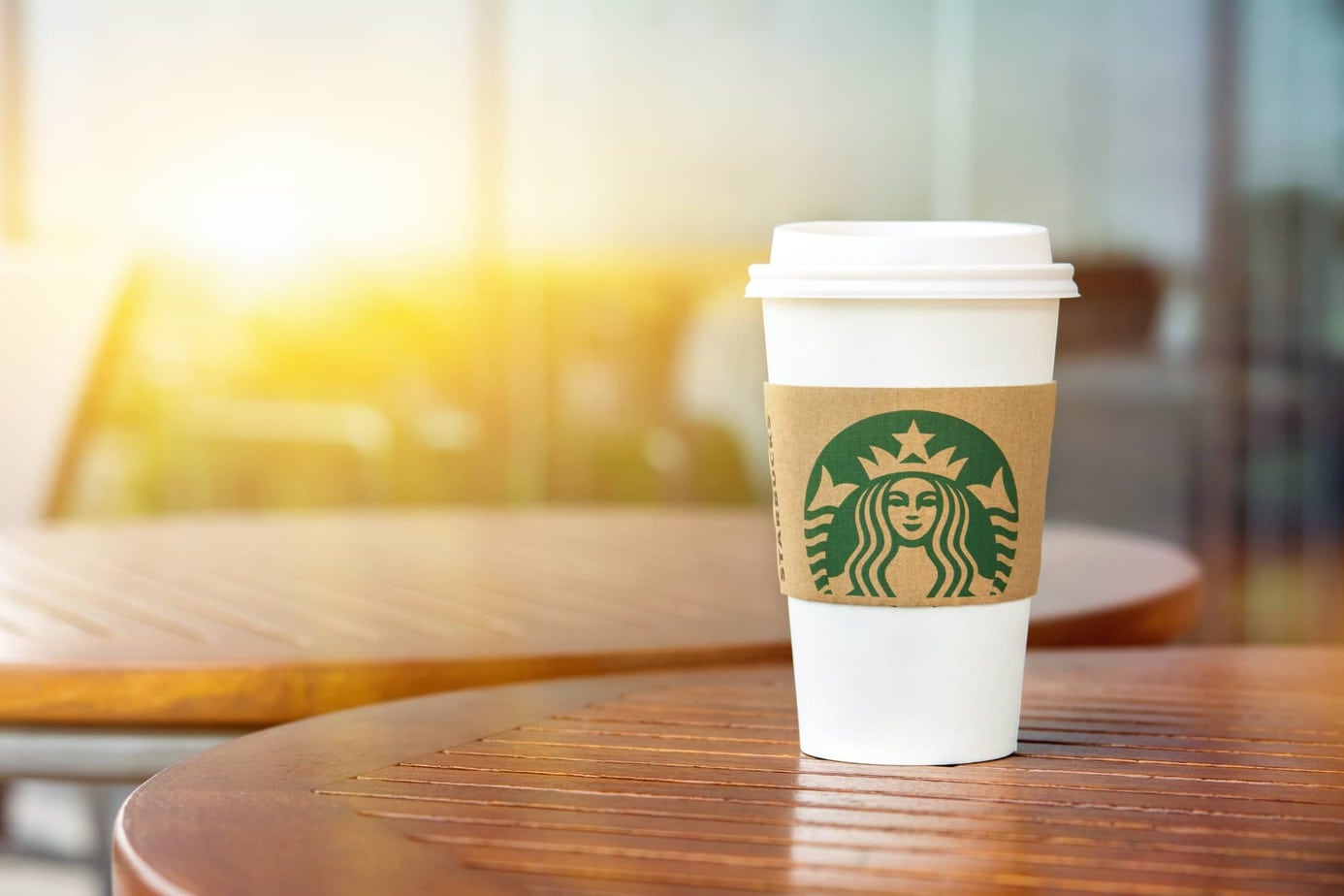 Starbucks Coffee Company is a brand we all know and love and is among the most iconic coffee franchises in the world. At least I do! There is such a wide variety of hot and cold drinks at Starbucks; you know there’s always something there you’ll enjoy. Like Dutch Bros, Starbucks prides itself on excellent and personalized customer service. In fact, this is one area in which Starbucks thrives. Name on your cup, anyone?

This company has been around for decades, having been founded back in 1971. While it took a while to get going, once it did, it became a world-famous brand. There’s a Starbucks on almost every corner in some cities today ready to sell you a cup of signature coffee. You can even get breakfast and lunch at Starbucks.

Starbucks seems almost synonymous with quality coffee. The chain also uses the best quality of every kind of ingredient, ranging from its famous dark-roasted coffee to all of the specialty drinks you’ll find on the menu.

While Dutch Bros customers appreciate the quality drinks that they enjoy when they visit this chain, its ingredients generally don’t match the rigorous standards of Starbucks. I find there’s nothing quite like a Starbucks coffee when a quality dark roast is what you’re craving.

When you get a drink at Starbucks, you can add one of several delicious sauces and syrups to your drink. You can also mix and match a variety of flavors, letting you create personalized, delicious coffee concoctions. Both Starbucks and Dutch Bros offer food and snacks, but Starbucks has a better variety.

Look, we all know Starbucks is a bit on the pricey side. The company is almost notorious for its expensive lattes and other coffee concoctions. If you want something a bit more affordable, Dutch Bros is usually the better choice.

Lots of people are Dutch Bros devotees for its perfect morning coffee. While you may love this chain, there are certainly some downsides.

While the Dutch Bros menu is still pretty extensive compared to other coffee shops, it simply cannot compare to the mammoth specialty coffee and blended drinks menu at Starbucks. However, it is less confusing, so if you want a more traditional coffee shop experience, Dutch Bros may well be for you.

Do you want a snack with your coffee? There aren’t as many options at Dutch Bros as there are at Starbucks.

Some people find Dutch Bros coffee a little watery. Compared to Starbucks, it certainly is. It doesn’t have the full-bodied flavor and aroma of Starbucks’s finest coffee. If you just want a quick coffee pick-me-up on a busy morning, Dutch Bros is great. But it’s not a coffee connoisseur experience.

Ingredients Not as Top-Notch

Dutch Bros has more reasonable prices, but, in part, it’s because their ingredients aren’t as high-end as the ones used by Starbucks in their handcrafted drinks. If budget is the higher priority and you don’t mind not having only the best and finest, there’s no reason why you won’t start going to Dutch Bros regularly.

As much as I love Starbucks, it does have some disadvantages. Let’s take a look below.

I cannot say enough that you can’t worry too much about your budget if you want an outing at Starbucks. No matter what you buy, the price will seem inflated. Yes, Starbucks uses top-quality ingredients, but you’re also paying for the name to a certain extent.

Being seen with a Starbucks coffee has become a bit of a status symbol. This is something that Starbucks capitalizes on. I guess you can’t blame them! They market themselves as an ethical company, and being associated with that image is something their strong customer base wants. But you don’t have to be a customer if you don’t want to pay the money.

I’m used to the Starbucks menu, so I don’t find it overwhelming, but some people find it ridiculously confusing. You could stand there for hours trying to figure out what to choose from its long list of coffees, teas, and specialty drinks.

And you’ll want to say small, medium, or large. That’s not sophisticated enough for Starbucks. It’s Tall, Grande, and Venti (their biggest drink), thank you very much! The food at Starbucks is a little easier to understand, as they display it in a case beside the drink counter.

Take a look and see what strikes your fancy. Sometimes there are different food options on different days. Don’t be disappointed if your favorite muffin isn’t there, as there are undoubtedly other delicious treats to choose from.

So, Where Should You Go?

Still not sure where to go for your next coffee with friends? I’ve got to say it depends on your caffeinated drink preferences and budget. If customer service matters and you are willing to put up with slightly lower product quality than Starbucks, Dutch Bros is the best bet for better prices.

If you don’t mind splurging a bit and you’re a fan of coffee, you should probably stick with Starbucks. No matter which you choose, though, you’ll always get personalized attention and friendly customer service at your favorite coffee house.

How To Descale Your Gaggia Classic

How To Backflush Your Gaggia Classic