Pappy & Company Coffee Review: Is It Worth the Hype?

Barrel-aged coffee might seem like another java industry trend that’ll be gone in a few months, but thanks to products like Pappy & Company’s bourbon barrel-aged beans, we predict this type of joe will be in style for quite a while.

Perhaps you have been fortunate enough to snag a bottle of this rare, expensive whiskey. Or maybe you’re crossing your fingers that you’ll be able to score some of it on the next restock.

It’s easier to get your hands on Pappy & Company’s beans than a bottle of the Van Winkles’ dark-hued liquor. Plus, they provide a caffeinated pick-me-up for your early mornings or to push you over the mid-afternoon slump, which bourbon can’t do.

We jumped at the chance to try Pappy & Company’s beans, and we’re eager to tell you about them.

We’ll also give you a closer look at the company, share information about who Pappy Van Winkle is, and answer the question that has probably popped into your head by now: what is barrel-aged coffee, anyhow? 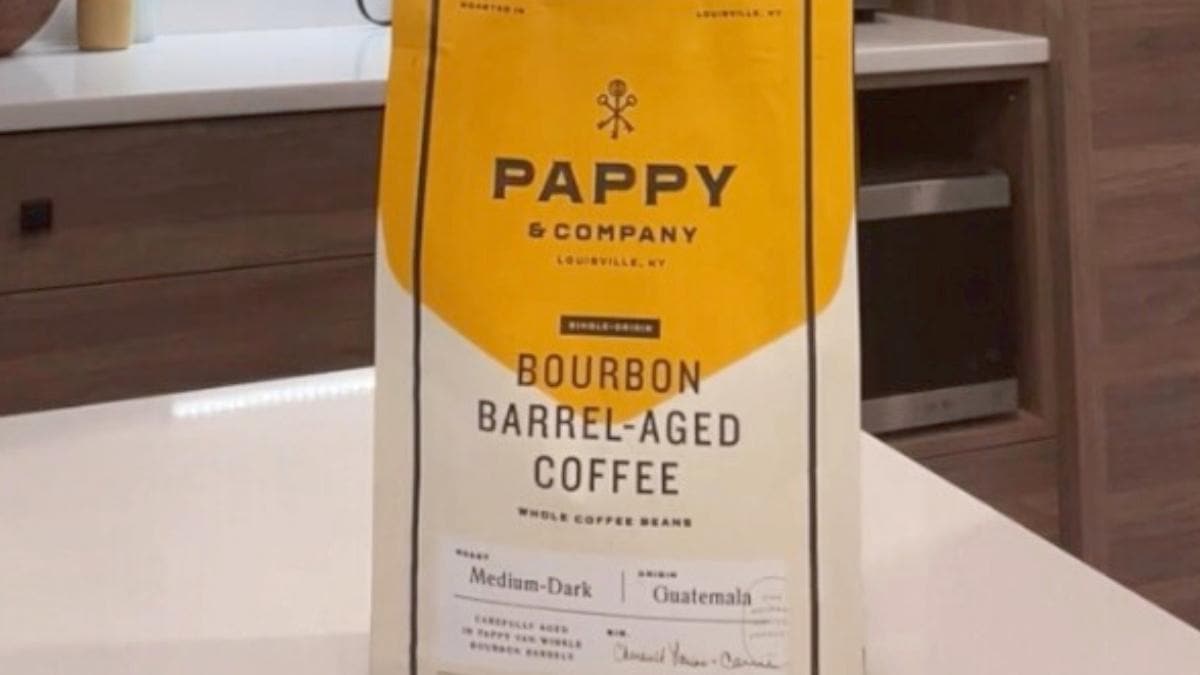 The Story Behind Pappy & Company

Perhaps a better name for Pappy & Company would be Pappy & Family, as operating this Kentucky-based operation is truly a family affair. Three sisters, fourth-generation Van Winkles, founded Pappy & Company in 2013.

However, their family’s involvement in the bourbon industry began in 1893 when their great-grandfather, Julian Van Winkle, Sr. — a.k.a. Pappy — went to work for the W.L. Weller Company as a traveling whiskey salesman.

Eventually, Pappy established and became president of Stitzel-Weller Distillery and built a reputation as a prominent, trustworthy name in the bourbon business at the time.

Pappy’s son and grandson followed in his footsteps by entering the bourbon industry, and they continued passing down their family’s bourbon heritage through the years.

The Van Winkle bourbon legacy inspired the three women to create Pappy & Company with the hopes of sharing the same quality products for which the generations before became known.

However, unlike Old Van Winkle (the family distillery’s current name), Pappy & Company is not a bourbon company.

There are enough products on the Pappy & Company roster to please every whiskey fan, but the most important of these — well, in our admittedly biased opinion — is the brand’s barrel-aged coffee beans.

What Is Barrel-Aged Coffee?

These coffees develop complex flavor profiles based on the wood used to build them and the alcohol that occupied the vessel before they did.

Those, combined with the coffee’s natural flavors and those added during the roasting process, create a unique-tasting joe.

How do you age coffee in a bourbon barrel?

The first step of the barrel-aging process is leaving green coffee beans in empty alcohol barrels.

Typically, the coffee stays in these vessels for around two or three weeks, but some barrel-aged coffee producers let them age longer to create more pronounced flavors.

After the beans have spent a few weeks absorbing the tasting notes left behind by the alcohol that used to occupy the barrel, they are removed and passed along to the coffee roaster. Then, the beans heat until they reach the desired hue and roast level.

Does barrel-aged coffee have alcohol?

If you’re trying to brew yourself a buzz, barrel-aged beans won’t get it done. You’ll be better off whipping up a coffee cocktail instead.

Despite spending weeks in the same containers alcoholic beverages did, barrel-aged coffee beans don’t have any alcohol.

The substance burns away during roasting, but in the unlikely instance any alcohol survives the heat, it won’t be enough to get you drunk. So little of it remains that you won’t even know it’s there.

So, now that you know what barrel-aged coffee is, there’s just one thing left to do: see how Pappy & Company’s take on this coffee trend measures up.

Now, to get to the nitty-gritty: how does Pappy & Company bourbon barrel-aged coffee taste?

Full disclosure, Roasty readers: there was a little bit of skepticism before brewing these beans. Not because we doubted the fruit of Good Folks Coffee and Pappy & Company’s labor could be delicious, but because bourbon’s taste is a little too intense for first thing in the morning. 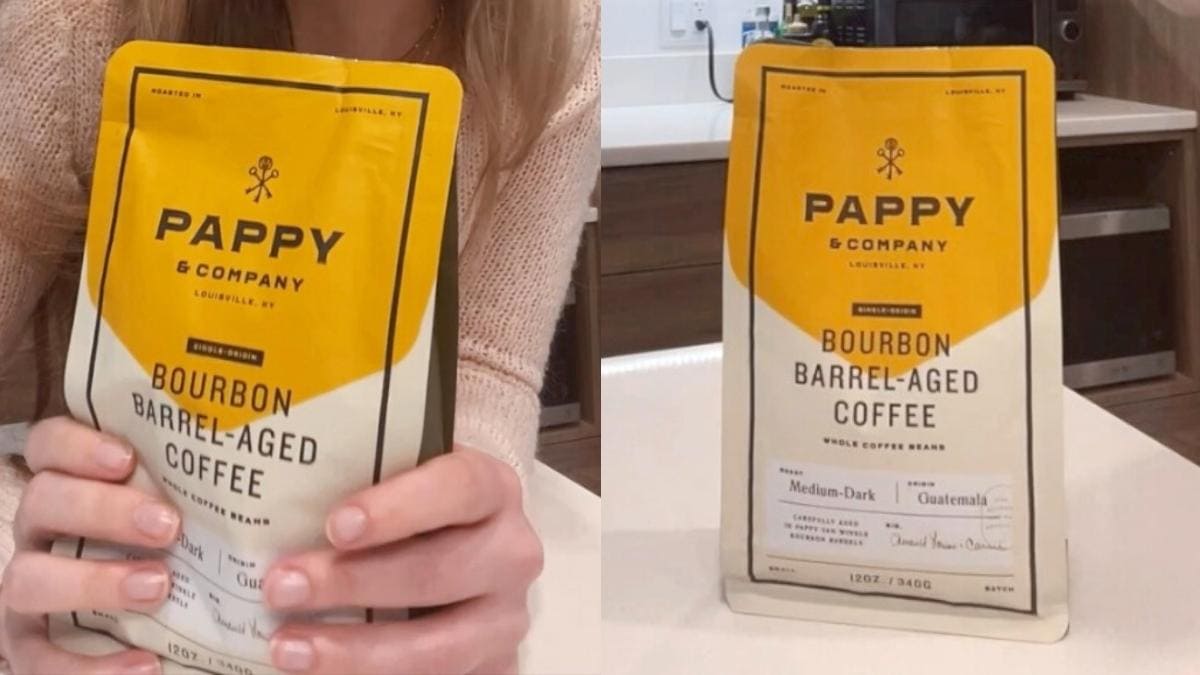 However, any worry we had that the bourbon flavor infused in these Guatemalan coffee beans would create an overpowering brew faded after the first sip.

Yes, the brown spirit showed up in the taste and aroma of this joe, but it came in a subtle, somewhat mellow package that proved quite enjoyable. 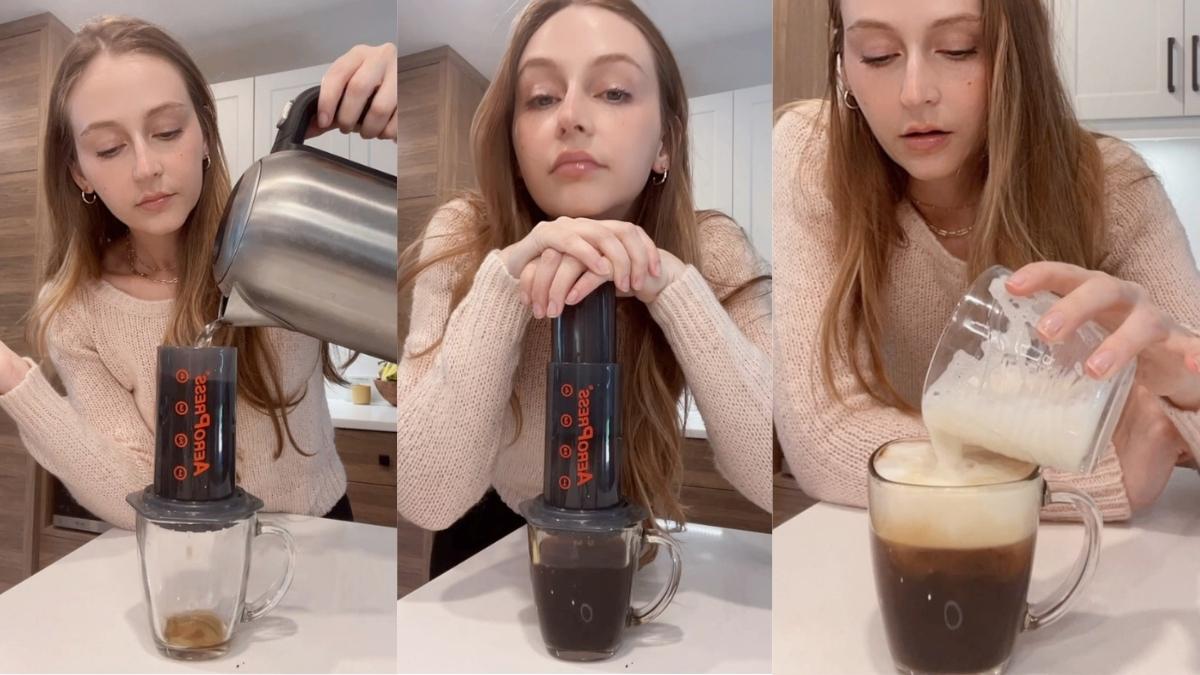 We used an AeroPress to brew this joe before trying it black* and in a latte and found we couldn’t complain either way. Check out our Barrel-Aged latte recipe.

*Black means sans add-ins. Read more about sipping your morning cup on its own here.

Should You Become a Pappy & Company Patron?

We think Pappy & Company’s beans make a great entry point into the world of barrel-aged brews. So, if you’re curious about what bourbon barrel-aged coffee tastes like, buy yourself a bag and see if it lives up to the hype.

If you like what you get, feel free to branch out to other brands and taste other alcohol barrel-aged joe.

How Long Does Coffee Last in the Fridge? Facts and Tips

Nespresso Vertuo vs. Vertuoplus: Which Machine Will You Choose?

Best Honduran Coffee and Why You Should Make the Switch