Nitro cold brew is everywhere these days. From cans at your local grocery store to your favorite local coffee shop, it’s one of the more popular and fashionable coffee trends. But who wants to go out when there are so many great new TV shows to watch? Let’s show you how you can make it at home!

Over the years I’ve worked at a few places that served nitro cold brew.

And, while I loved the taste, which is a big plus for me since I hate most cold coffee drinks, it always seemed like something I had to go out to get.

They say a little bit of knowledge is dangerous, and after delivering 60lbs of freshly roasted coffee to a local brewery to have it brewed and canned, I thought “there is no way I can make this stuff at home.”

And like most things in life, I was wrong. It turns out that people have been finding ways to make this stuff at home for a while now. So let’s find out how they do it! 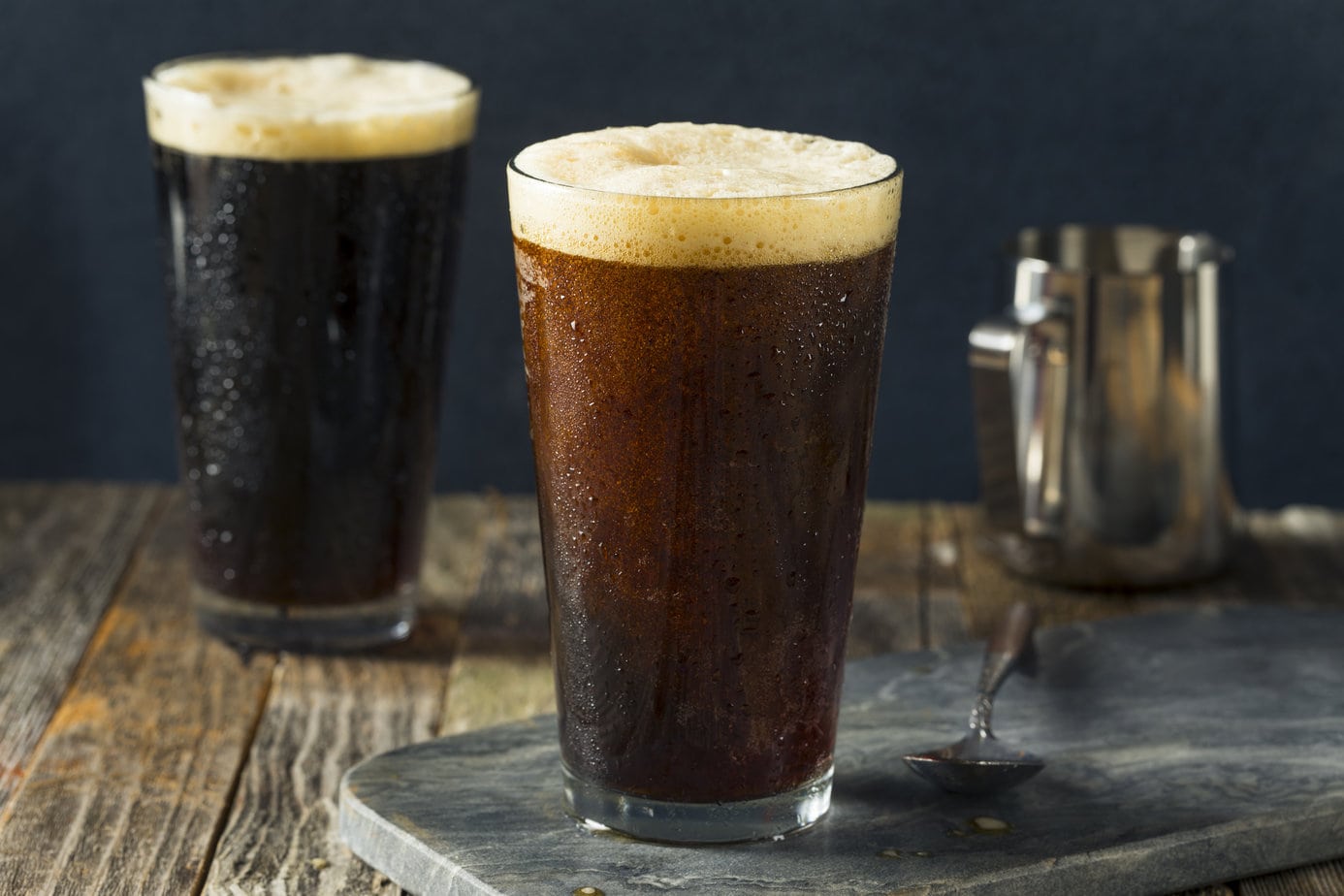 What Is Nitro Cold Brew?

When you get right down to it, nitro cold brew is cold brew with nitrogen.

Nitrogen (N2) is a strange gas, when it’s infused with cold brew coffee it adds a kick of sweetness to the coffee and a velvety mouth-feel.

When you compare it to something like carbon dioxide (CO2), which can usually be found in sodas, you can really start to see the difference.

Let’s get really “sciencey” for a second.

During the production of soda, CO2 is infused with the liquid and sealed in a bottle or can. When the seal is broken, the CO2 begins to escape, giving you large bubbles that create the fizziness that we’ve all come to love.

You can see this if you’ve ever watched the side of a clear bottle as the drink is opened. As the CO2 is escaping it also begins to react with the cold water inside the soda creating carbonic acid that gives the drink its slightly tangy and distinct flavor.

Nitrogen on the other hand isn’t as water-soluble as CO2. Once the pressure is released, the nitrogen doesn’t begin to break down. Instead, the much lighter gas forms tiny bubbles, giving the coffee a much smoother texture.

The drink comes out of the tap with a foamy head looking more like a pint of Guinness than something you’d find in a coffee shop.

If you want to find out more check out What Is Nitro Cold Brew?

Now that all of the science is out of the way, let’s talk about how you can make this at home.

Before we get into the nitty-gritty of making nitro cold brew, we first need the cold brew.

So brew up a batch of your favorite recipe or check out how we make cold brew here at Roasty.

You can use freshly brewed hot coffee, BUT NOT ALL WHIPPED CREAM DISPENSERS ARE THE SAME!

Make sure that yours can hold hot liquids like iSi Gourmet Cream/Food Whipper.

Grab your dispenser and pour in the cold brew.

Fill the dispenser about ¾ full with the cold brew.

Place on the lid making sure that it’s nice and tight to save you from having to clean up a mess.

With the whipped cream dispenser filled and the lid tightly secured we are ready for the nitrogen cartridge.

Place the cartridge in the charger holder and lightly screw it in place.

Take the whipped cream dispenser and turn it upside down. This is going to help infuse the cold brew with nitrogen.

Twist the charger holder until you hear the dispenser filling with gas.

With the dispenser upside-up, give it a good shake for around 30 seconds.

With the dispenser upside-down hold down the handle and pour your freshly made drink into a frosted cup.

How Much Does It Make?

Since we’re using a regular whipped cream dispenser, you’re only going to get about a cup out of this.

If you’re looking to make enough to share with a friend, you just repeat the process with your leftover cold brew or maybe look into getting an at-home keg.

Royal Brew’s mini keg is a great option. This at-home keg holds up to 128 oz giving you more than enough to share with a friend and still have some leftovers for seconds.

Just be aware that these use the larger 8g nitrogen cartridges but, hey, you can just throw in whatever cold brew you want and that’s a big plus.

Can I Use Nitrous Oxide Cartridges Instead?

Just in case you didn’t know, nitrous oxide (N2O) is the more common cartridge that can be found at the local grocery store.

They are great for making whipped cream and can even be a part of a 40-second angel food style cake.

While you can use them instead of nitrogen cartridges, you will see some difference in the final cup of coffee.

Although you might not get the same mouth-feel that you would from nitrogen, it does come close, plus you get a sweeter flavor from the gas.

That might not be for everyone but you can always pick up both and give them a try, just make sure you don’t use a nitrogen cartridge for your whipped cream.

How To Prime A Keurig & Keep Your Sanity

How To Make Cold Brew In A Ninja Coffee Maker