Need to kick your normal cup of joe up a notch? Don’t add more creamer! Add some spice!

Cinnamon is a popular spice in many aspects but is often overlooked as a complement to coffee. The great news is that its a delicious, healthy, and spunky addition to try in your next coffee. 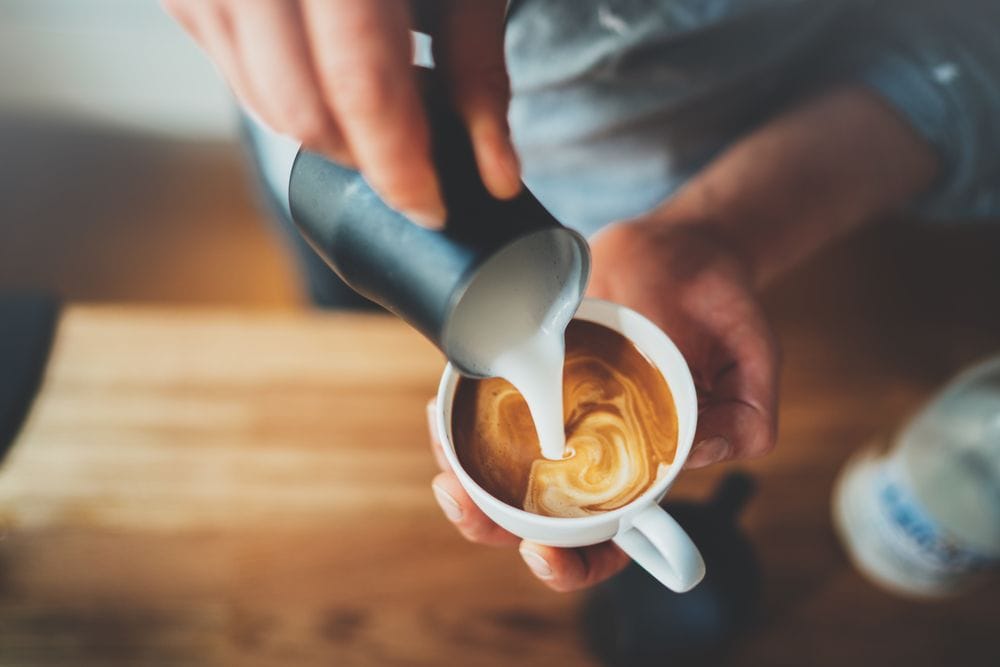 What Is Cinnamon, Anyway?

Cinnamon is a spice that comes from the inner bark of trees, particularly trees in the genus Cinnamomum. It’s been an important part of everyday life for literally thousands of years. We can trace cinnamon as one of Ferdinand Magellan’s must-have spices in the 1500s as well as an addition to ancient Egyptian embalming methods.

However, it’s most popular use has been in the culinary world. It’s been used as a flavoring condiment for a variety of dishes across many different cultures. For example, these cuisines include tea, cereal curry, a multitude of desserts, and of course: coffee. It is often harvested by breaking up the bark of these trees into ground cinnamon or rolling it into sticks.

The Two Types of Cinnamon

Cinnamon In Coffee: Spice With Each Sip

Most coffee addicts enjoy adding cinnamon to their brew because it provides an extra boost of flavor. Drinking the same coffee drinks every day can get dull every once in a while, and adding a simple spice like cinnamon can make it easy to switch things up flavor-wise without completely sacrificing the overall structure of an already favorite drink. It’s often found in seasonal winter drinks in many coffee shops, as well as lattes, cappuccinos, macchiatos, etc.

Other than its sweet flavor, there are many reasons why you should begin adding cinnamon to your coffee. Cinnamon coffee is a great way to satisfy your taste buds while also serving as a decongestant. And while it clears up your sinuses, it also provides an energy boost and lowers your appetite. Since coffee gives you a boost of energy already, cinnamon will give you that extra nudge.

Due to these benefits, most coffee lovers add it to their morning cup of joe to stimulate their digestive system in the morning. Furthermore, it also makes a delicious, low-calorie supplement for added sugars and sweeteners, and is packed with antioxidants.

Ways to Add Cinnamon to Coffee

Since cinnamon is finely-ground tree bark, the fibers have a difficult time completely dissolving into liquid. This can easily result in one sludgy mess that doesn’t blend well in your coffee. Though you can do a few things to help it blend in as much as possible, there is still the chance of some cinnamon clumping up or floating to the surface.

Nevertheless, here are just a few strategies for you to use to add it to your next coffee concoction.

A Sprinkle of Sass

If you’re wanting to blend ground cinnamon into the actual coffee itself, its best to blend it into another mixture first before adding it to your coffee. If you’re wanting to add it to a latte or cappuccino, the best strategy would be mixing it in the milk while it is being steamed or when it’s still warm. The thicker the substance, the more efficiently it will dissolve. This method will also ensure the cinnamon in coffee is rich, enjoyable, and spread throughout the drink.

Likewise, if you’re wanting to put ground cinnamon into coffee without milk, you may want to evaluate your strategy before just dumping it in there. You can mix it into transitionary substances like warmed honey or flavored syrups to help it dissolve easier once added to hot coffee. This will increase the overall flavor of the coffee, particularly black coffee, and will give it that extra flavor kick.

Tip: When adding cinnamon in coffee, especially when using milk or honey, make sure to add the cinnamon in gradually and stir it rapidly. This will ensure that the cinnamon blends in as well as possible.

Now, its easier to just add a dash of cinnamon to coffee for a garnish. It’s important to note that this strategy won’t completely mix with the coffee itself. However, this option works best if you add cinnamon to coffee that already has a layer of foam or whipped cream. This will give you a nice aroma as you sip your coffee, and will also add a little zing to it as the cinnamon slowly makes its way into throughout your cup.

And of course, the fastest, easiest, method to making cinnamon coffee is just plopping in an entire cinnamon stick. Not only does it make for an aesthetic accent piece for the more high-end coffee drinks out there, but it adds quite a punch of flavor, especially if your coffee is smaller in volume. Most of the time, baristas will place an entire stick of cinnamon in a drink that already has a lot of milk, foam, or whipped cream to help smooth out the pungent presence of the cinnamon.

Add It To The Brew

The most involved strategy of mixing cinnamon spice with the robust flavor of coffee, the best way to blend the two is by sprinkling cinnamon into your coffee grounds before brewing. This works perfectly if you normally brew coffee at home with a drip coffee machine and the pour-over method. As a result, the cinnamon blends extremely well with the coffee, without the risk of clumping up through being physically placed in the coffee.

Another home-brewing is trick placing cinnamon sticks inside the bag that the coffee is stored in. The main benefit of this method is that the scent seeps into the coffee without making it too strong. Sometimes adding too much cinnamon to coffee, which can happen if you physically mix the two, may make it too strong.

Yes, there are several health benefits! Studies have revealed that cinnamon helps lower blood glucose, cholesterol, and triglycerides in those with diabetes. There are some studies have even connected one teaspoon of cinnamon a day to significantly lowering blood sugar levels. Due to these benefits, most coffee lovers add it to their morning cup of joe to stimulate their digestive system in the mornings. Furthermore, it also makes a delicious, low-calorie supplement for added sugars and sweeteners.

However, do keep in mind that too much of anything, even a good thing, can easily have negative side effects. Both Cassia and Ceylon cinnamon are totally safe for most individuals to consume with coffee. But we do recommend talking to your doctor before caking on a layer of cinnamon on your latte.

Often times, Cassia cinnamon has been the kind to cause some health problems if eaten too much because of a compound called coumarin. Some negative side effects of consuming too much cinnamon are increased risk of liver damage, cancer, mouth sores, low blood sugar, breathing problems, and even interfering with certain medications.

So next time you’re wanting to add some flair to your cup of jow, skip the sugar and add cinnamon! This will give you an extra way to spruce up your everyday caffeine routine. Not only that, but it could easily become your new go-to for your coffee flavoring. So get creative and spice it up!