Jura A1 vs. Jura ENA 4: A Super-Automatic Coffee Maker Review

The Jura A1 and ENA 4 are very similar machines that can brew high-quality coffee and espresso drinks. The ENA 4 edges out the A1 with slightly more features, but both are quality super-automatic machines for those who only need a few beverage options.

Among Jura’s line of high-quality super-automatic espresso machines, the A1 and ENA 4 share a remarkable number of features. Both are relatively slim with a sleek, luxurious appearance.

You’ll notice more similarities than differences in the specs of these two espresso machines. 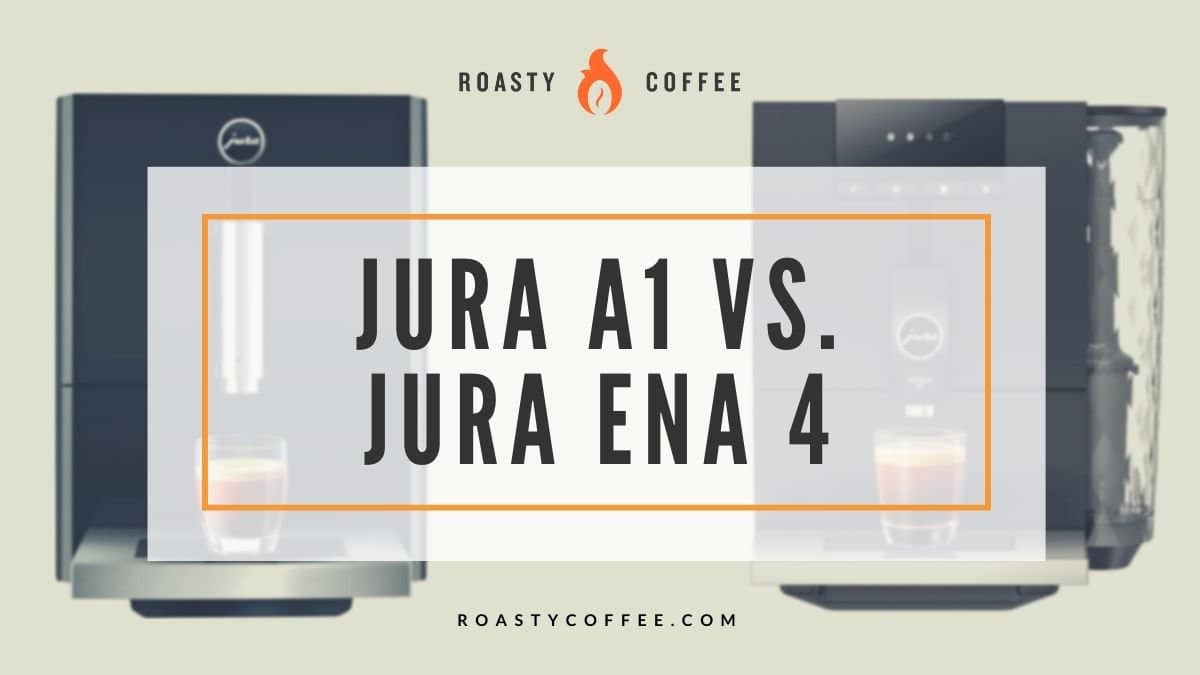 Jura A1 vs ENA 4: Brew Options

The Jura A1 and Jura ENA 4 are extremely similar machines. Both will consistently brew high-quality espresso and coffee, but without a milk system, neither will produce milk-based drinks like lattes or cappuccinos.

The ENA 4 also brews espresso and coffee, with the addition of caffe doppio and espresso doppio. The latter two options are really just back-to-back brew cycles of espresso and coffee, allowing you to brew a larger shot or brew for two people without waiting for the machine to reheat.

While both machines allow you to customize your beverage’s brew strength and volume, the ENA 4 has more customization options (three strength settings rather than just two).

Jura A1 vs Jura ENA 4: Features

The ENA 4 ups the ante feature-wise with intelligent preheating, which compensates for heat lost between the heating element and brewing unit. This ensures the optimal temperature at the time of brewing.

The ENA 4 has a slightly more robust LED display screen on the front of the machine, while the A1 relies on a light-up display on the top of the machine.

The A1 and ENA 4 have sleek designs and come in black and white options. The ENA 4 has a redesigned water tank, which is more easily accessible on the side of the machine, while the tank for the A1 is at the back of the machine.

The Jura A1 and ENA 4 are very similar in size, with the ENA 4 being just slightly wider. They also have the same water tank capacity (36.8 ounces) and the same size coffee bean hopper (4.4 ounces).

Many of the features that make Jura so popular are found on both models. Both come equipped with the PEP pre-infusion system, which helps create a great-tasting espresso shot every time.

Another factor in the fresh taste of Jura coffee and espresso is the AromaG3 built-in grinder, which is present in both models.

Though it must be purchased separately, tech-savvy coffee drinkers can outfit either machine with JOE to operate their machine from a smartphone or Apple Watch.

Both automatic coffee machines have a powder chute to bypass the grinder and use pre-ground coffee for a single cup. This is a great feature for households that need to brew an occasional cup of decaf.

The A1 and ENA 8 both have integrated rinsing, descaling, and cleaning programs, making cleaning these machines a snap.

Neither the A1 nor the ENA 4 has a milk frother, so one of Jura’s other models is best for those who want to enjoy lattes and cappuccinos regularly.

Also, neither machine has built-in hot water dispensing. You can still make your Americano, but you’ll need to heat the water separately.

Overview of the Jura A1 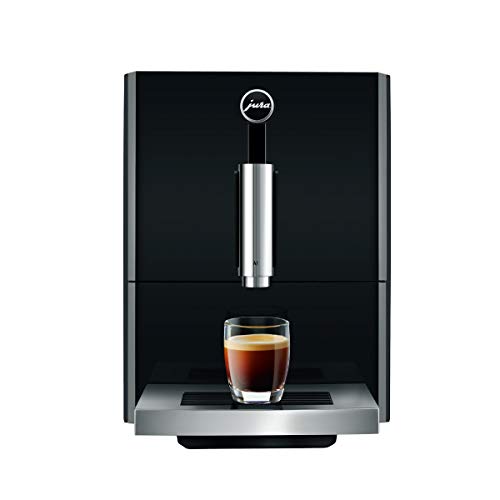 Jura A1 Ultra Compact Coffee Center 15148 with P.E.P.
Check Price on Amazon If you click this link and make a purchase, we earn a commission at no additional cost to you. Last Update: 2022-09-24

The Jura A1 can serve three beverages: ristretto, espresso, and coffee. It can only brew one shot at a time, so you’ll have to pause slightly between brews if you want to make a double shot or serve multiple people.

This machine has many of the features that make Jura products so desirable, including an AromaG3 grinder and PEP pre-infusion.

Overall, this is one of Jura’s simpler machines and is suited for users who don’t need a wide menu of drinks but are still comfortable paying a higher price for the quality of this machine.

Overview of the Jura ENA 4 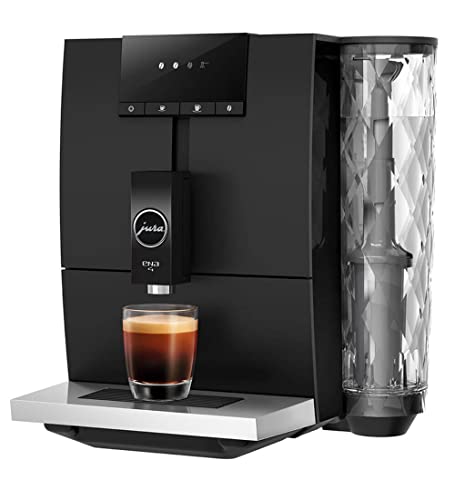 ENA 4 Full Metropolitan Black
Check Price on Amazon If you click this link and make a purchase, we earn a commission at no additional cost to you. Last Update: 2022-09-24

The Jura ENA 4 claims to brew four beverages: espresso, coffee, espresso doppio (two 1.5-ounce shots of espresso), and caffe doppio (two coffees, brewed in succession). Some might consider these just two beverages, with the ability to brew two cups of coffee in succession.

The ENA 4 also has an AromaG3 grinder and PEP pre-infusion. The addition of intelligent preheating with this model ensures hot espresso and also improves the brew quality by keeping the water hot throughout the brewing process.

It’s a slightly upgraded version of the A1, but the basic function remains the same: this is a high-end machine for those who only want espresso or coffee.

What’s The Best Option For You?

Ultimately, it’s hard to recommend one of these machines over the other. They have a very similar, minimalist menu of available beverages. Either machine will satisfy a coffee aficionado who only wants regular coffee or espresso but wants it to be great every time.

Both machines are a large investment, so it’s good to know they should last at least 7-10 years with proper maintenance.

The ENA 4 has a slight advantage with the addition of intelligent preheating and the ability to brew a double espresso or coffee with the press of one button.

At the time of writing, the Jura A1 coffee maker comes in at a slightly lower price point than the Jura ENA 4, so espresso fans who don’t need the back-to-back espresso shot capability of the ENA 4 can save money by going with the A1.

Ninja Coffee Bar vs. Nespresso: Which Brewer Is Best For You?