What’s The Latest You Should Drink Coffee?

Do you drink coffee first thing in the morning? During the day at work and in between errands, do you find yourself enjoying another one or two cups of coffee to maintain alertness and energy?

Coffee is one of the most popular drinks globally, whether at home, at the office, or on the go.

For many people, the idea of having a cup after lunch isn’t an option, though a busy schedule and low energy can prompt others to add another dose of caffeine, even if it’s much later in the evening. 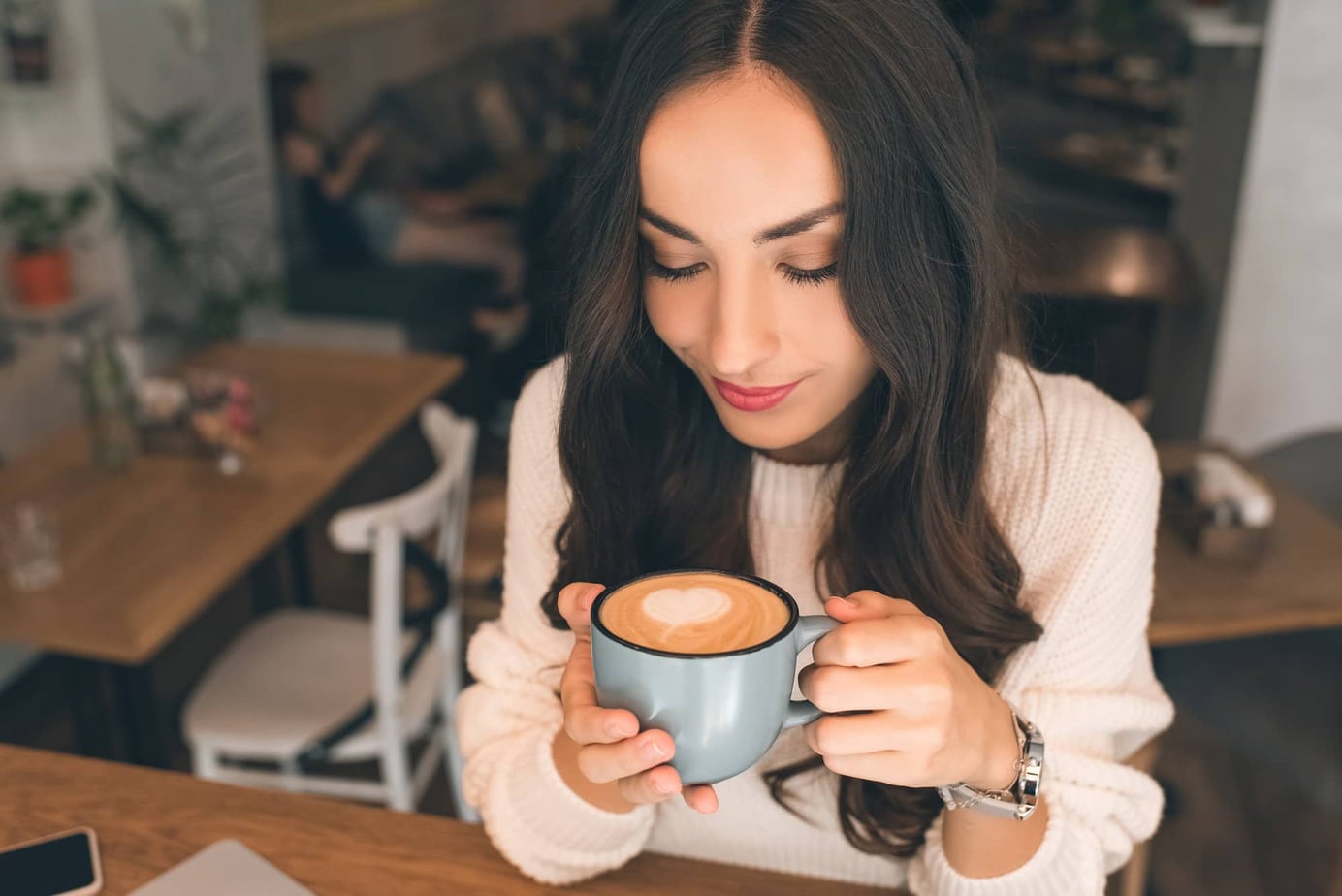 The Effects of Caffeine

Coffee is a popular drink for its stimulating effects due to its caffeine content. Caffeine is the active ingredient that provides the familiar buzz that keeps us alert.

It works by reacting with a chemical in the brain called adenosine, which gradually increases its effect the longer you’re awake.

Once there is enough adenosine in your system, you grow sleepy. Caffeine in coffee interacts with this process to keep you awake longer and prolong the effects of adenosine.

Coffee consumption later in the day causes caffeine molecules to bind to the adenosine receptors and keep you from sleeping, even in small amounts.

While the effect on the body occurs quickly, usually within 10 to 15 minutes, the jolt to your system lasts no longer than half an hour, declining gradually over several hours following this initial spike in energy.

Drinking Coffee Late: How Late Is Too Late?

How late is too late to drink a cup of coffee? The initial effect of caffeine occurs within a short time after consuming coffee and lasts no longer than 45 minutes for most people.

Once you reach this peak, the effects slowly wear off, allowing your body to metabolize it over up to six hours. Once this time has passed, caffeine remains in the system, though it doesn’t significantly affect it.

The impact on your body’s ability to sleep lasts even though the initial effect of caffeine is significant and lasts for just a short time,

The later you drink coffee in the day, the more likely caffeine will affect your sleeping pattern, either by reducing the quality of sleep or delaying it altogether. The more coffee you drink, the more it prevents a good night’s rest.

Based on the overall effects of caffeine on the body and mind, you should consume your last cup of coffee no later than noon.

This cut-off time may vary from person to person, as the effects of caffeine may also vary slightly. It’s okay to enjoy the occasional latte or cappuccino with your dessert after dinner.

The effects may not be significant, though a solid cup of coffee, or more than one serving, can interfere with your ability to sleep well.

Once you regularly enjoy coffee past midday, it becomes more challenging to avoid. Your body becomes accustomed to that jolt of energy towards the afternoon or evening, and you’ll likely adjust to a shorter sleeping schedule.

While not everyone is affected significantly by drinking coffee late, it can present a severe problem for many people. Gradually reducing how much you consume later in the day will help you adjust, or you can substitute a caffeine-free tea or beverage for your cup of joe.

Caffeine in Other Drinks and Foods

If you’re not drinking coffee later in the day, you may still feel the effects of caffeine from consuming other beverages or foods that contain it.

The most common examples include chocolate, black and green tea, soda, and other packaged foods. Decaffeinated coffee is a good option if you’re looking to cut down on caffeine by drinking less in the evening, though there will always be trace amounts of caffeine in this brew as well.

Whether you enjoy coffee every morning before work or savor a cup later in the day to complete a project or extend your waking hours, you’ll find there are both advantages and drawbacks associated with the effects of caffeine.

Drinking too much coffee or drinking too late can impact your natural sleep cycle unless you’re working a late shift or overnight.

It’s essential to ensure that you’re not drinking coffee within at least six to eight hours of going to sleep to ensure you get the most enjoyment out of your cup and the benefits of caffeine without adversely impacting your body’s ability to sleep.

If you savor your favorite espresso or latte earlier in the day, you’ll have the benefits of getting the energy boost you need without compromising on a good night’s rest.

Chemex VS. V60: Which Brewer Is Better?

How Many Shots of Espresso Is Too Much? Healthy Limits