Masala Chai Recipe: Brew Yourself a Spicy Cup of Tea

Masala Chai is a beloved drink that has been around for thousands of years. Let’s discover what makes this drink so special and show you how to make your own.

Picture this: it’s a chilly afternoon, and you’re looking for a drink that will keep your hands and body warm and your taste buds happy.

But your standard cup of coffee just won’t do; you’re craving something different but you don’t know what to drink.

We’ve got just the thing: masala chai tea. On the cozy drink meter, this hot milk tea scores a full five stars, making it a perfect drink to sip in cold weather. 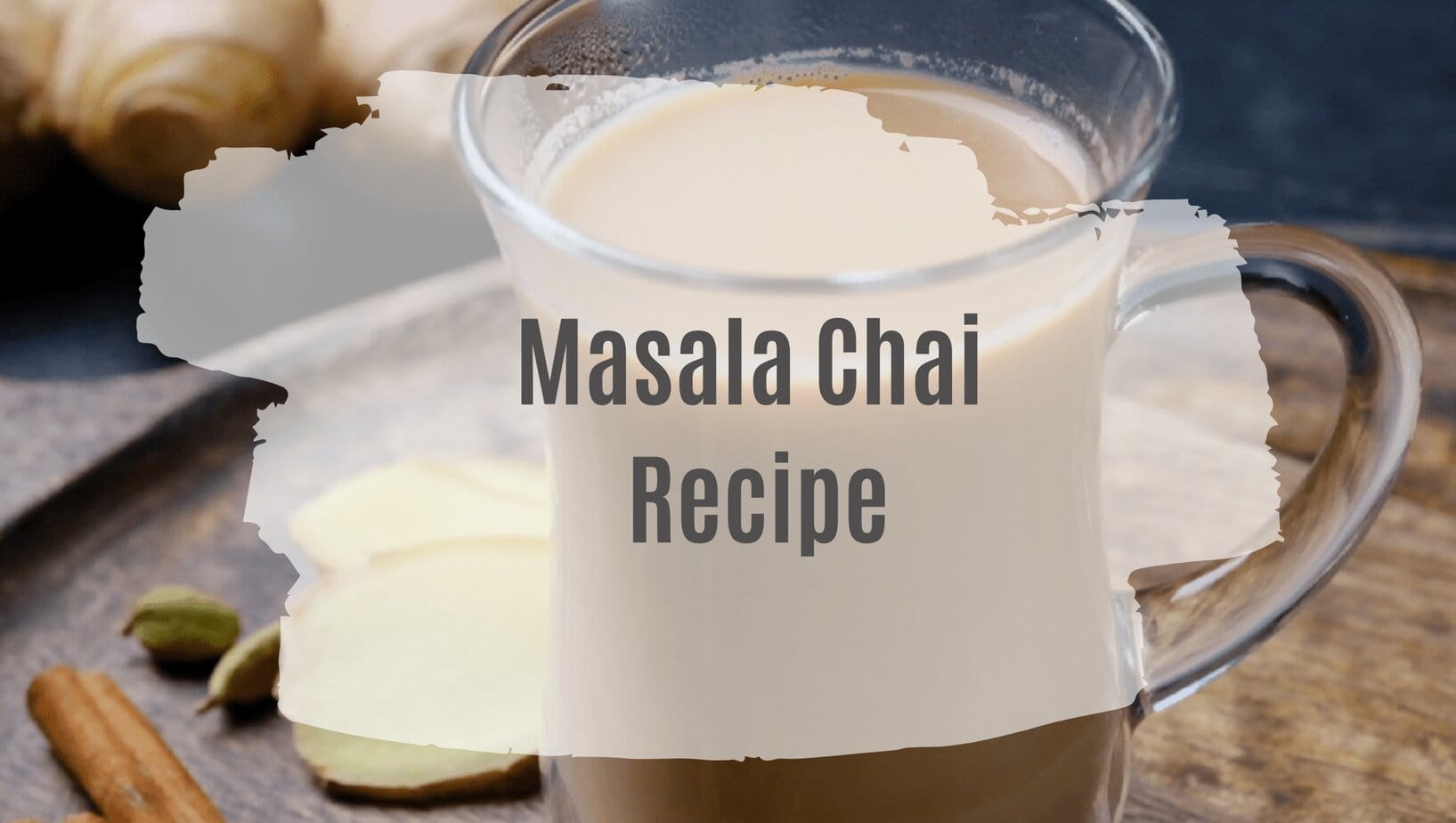 While its exact origin is still debated, legend has it that masala chai originated thousands of years ago in India or Thailand as a healing drink.

It spread across India during the early 1900s when the Indian Tea Association promoted drinking tea nationwide.

During the second half of the century, masala tea continued to rise in popularity as it became more affordable to the common man; everyone had it, from street vendors to private residences.

Even now, it remains among the most popular drinks in India and across the globe.

Masala chai recipes vary among Indian households as each family uses a different blend of spices according to personal preference.

However, the basic ingredients for the drink are black tea leaves, some type of milk, the drinker’s choice of sweetener, and a combination of spices that includes things like green cardamom, ground cinnamon, fennel seeds, peppercorn, cloves, nutmeg, and lots of ginger.

Make a Cup of Masala Chai at Home 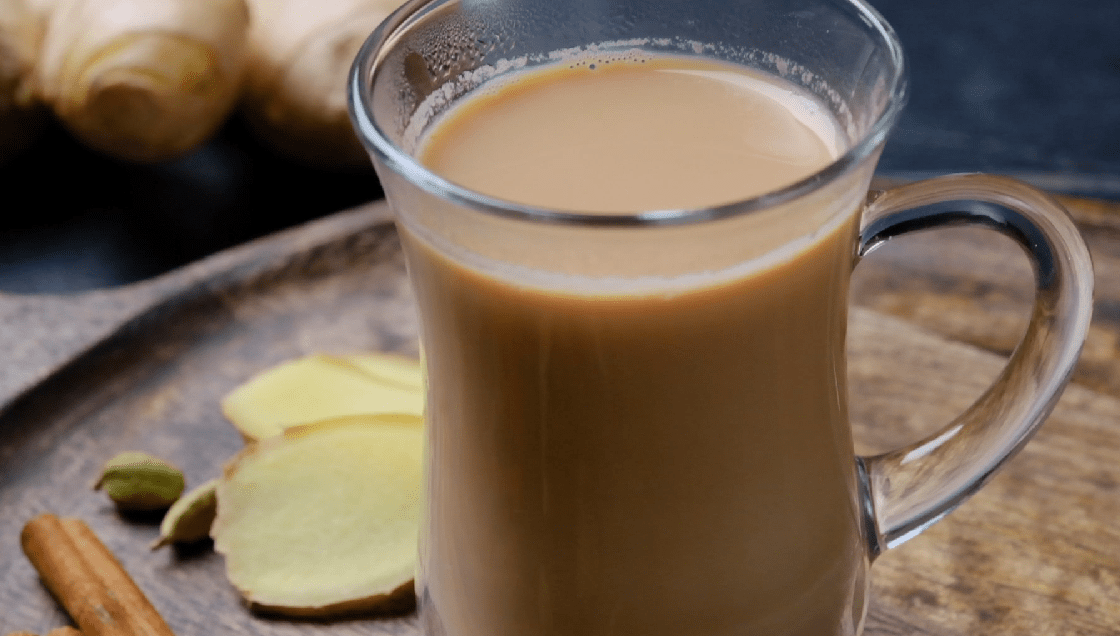 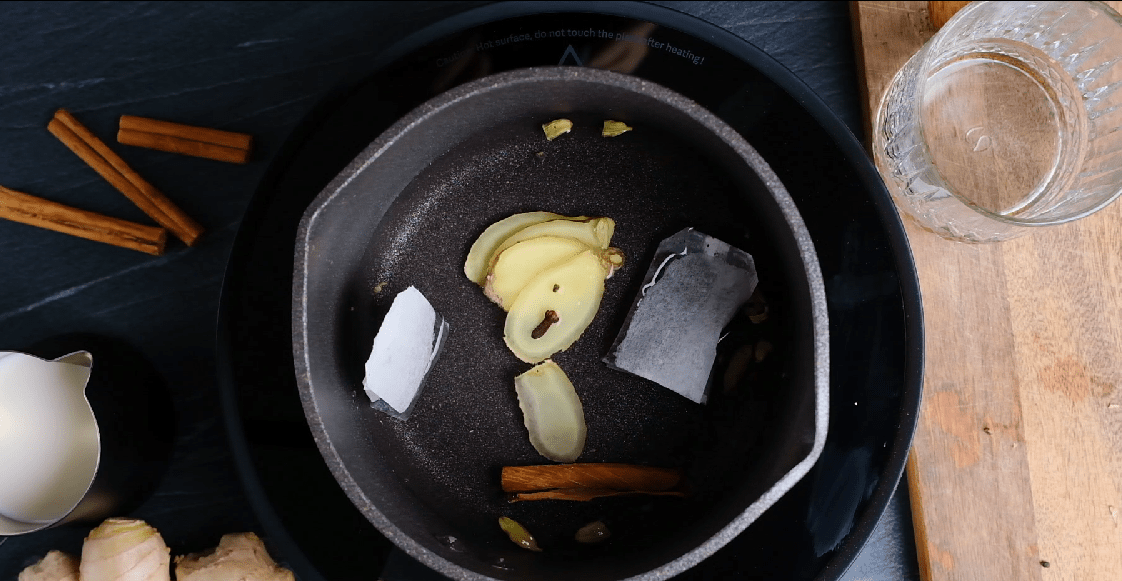 Pull out your saucepan and add water, a few slices of fresh ginger, chopped cardamom pods, a cinnamon stick, and black tea bags.

Heat all of these ingredients over medium heat until the water starts to boil, then remove the pan from the heat. Let the spiced tea mixture sit for 10 minutes. 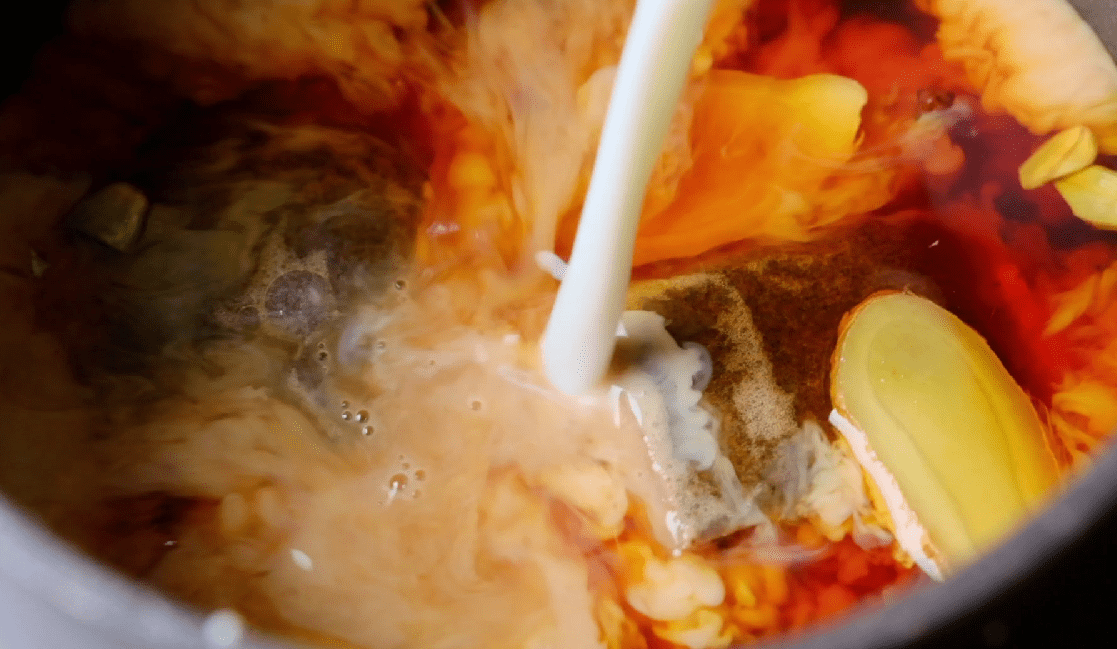 Stir in a cup of milk once the tea has cooled. Our recipe calls for whole milk, but use your favorite substitutes, like almond milk, coconut milk, or oat milk, if you prefer not to drink dairy.

Bring the creamy mixture to a simmer, then remove it from the heat. 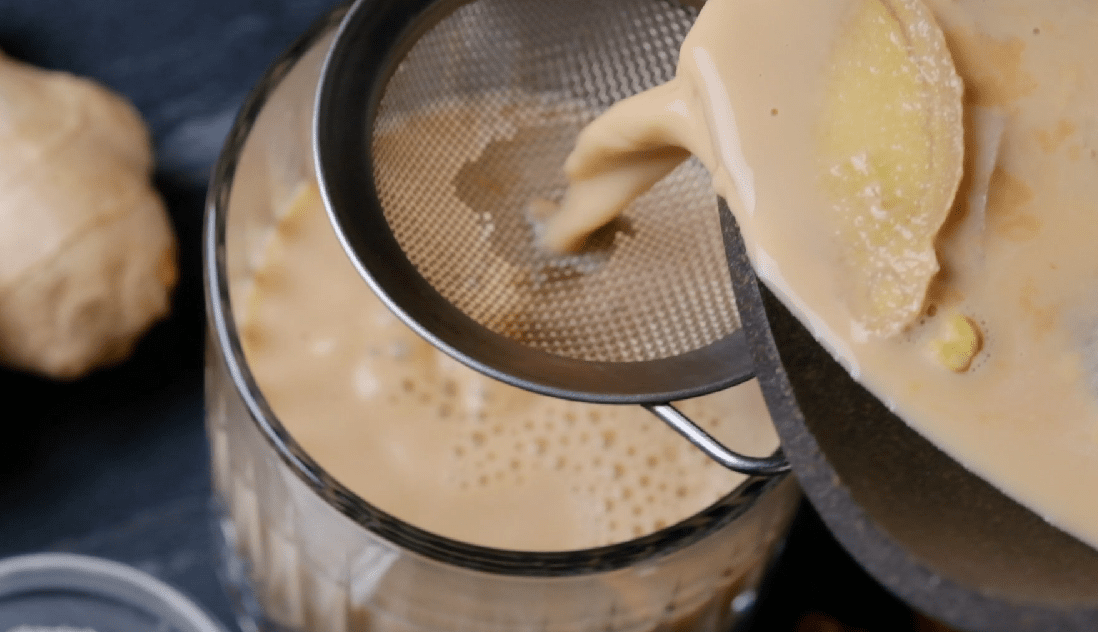 Finally, use a mesh strainer to pour the Indian milk tea into a tall glass or mug and stir in a few spoonfuls of cane or raw sugar.

This step presents another substitution opportunity; we know not everyone likes to use sugar, so feel free to use your sweetener of choice instead.

What is the Difference between Masala Chai and Chai?

Since the introduction of Teavana’s Oprah Chai Tea at Starbucks, the definition has become more muddled here in the states.

Traditionally, chai is just black tea and hot milk. Masala chai takes that base and adds spices, giving it its name, which directly translates to “spiced tea.”

Teavana’s Oprah Chai was more in line with masala chai versus a more traditional chai, with its cinnamon-forward flavor.

The drink has since become a staple at coffee shops, with many offering a “dirty chai” that adds a shot or two of espresso, giving it a dark, rich color.

What type of tea should I use?

When looking for a tea to use, you’ll want something that can hold its own against the stronger taste of the spices. But it all comes down to personal preference.

You’ll want to keep an eye out for strong, rich black teas. Traditionally, this would be something like an Assam tea or a Darjeeling, but any strong black tea will work. 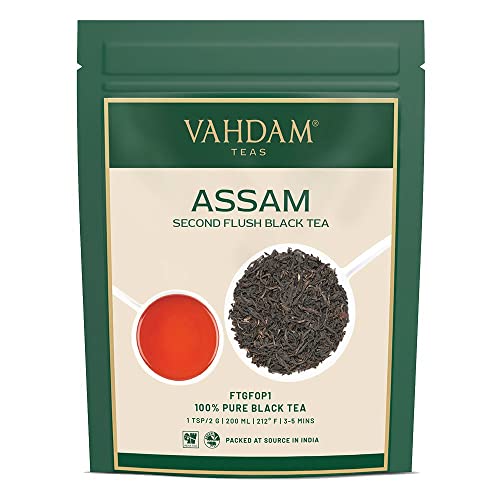 VAHDAM, Assam Black Tea Leaves (340g/12oz) I STRONG, MALTY & RICH I 100% Pure Unblended I Single Origin Black Loose-Leaf Tea I Make iced tea Hot Tea or Kombucha Tea I FTGFOP1 Long Leaf Grade
Check Price on Amazon If you click this link and make a purchase, we earn a commission at no additional cost to you. Last Update: 2022-12-05

You’ll want to ensure that the tea you are using was produced with the CTC method, where the tea has been crushed, torn, and curled into smaller hard pellets.

Using this instead of whole-leaf tea will allow the water to better infuse with the tea. Taj Mahal makes a great black tea produced this way and works wonderfully in masala chai. 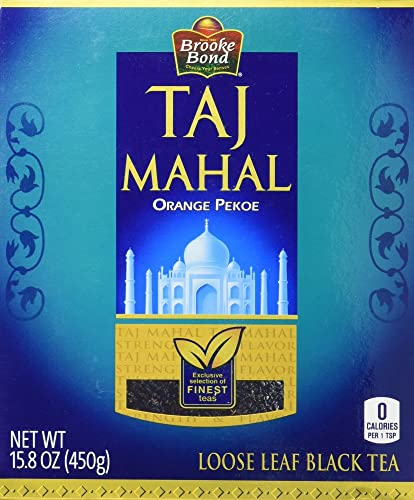 Brooke Bond Taj Mahal Orange Pekoe Black Tea, 450 Gram
Check Price on Amazon If you click this link and make a purchase, we earn a commission at no additional cost to you. Last Update: 2022-12-05

What is the best spice blend for masala chai?

That all depends. Most families have their own blends they’ve spent time perfecting, but the spices we use here are a good jumping-off point.

Some popular inclusions are lemongrass, black pepper, and star anise. But don’t be afraid to experiment and find something that tastes good to you; chai can be very forgiving.

What Type of Sweetener Should I Use?

Picking the sweetener comes down to personal preference. Granulated sugar is most commonly used. But, if you want to keep it traditional, look for an unrefined sweetener known as jaggery.

If jaggery isn’t for you, try brown sugar, honey, or even maple syrup. You’re just looking for something to help balance the masala chai’s spices.

Can I make Masala Chai ahead of time?

If you really like having a cup of masala chai but don’t always have the time to brew a fresh batch, don’t worry. You can make a large amount of the tea base and heat it with milk when you’re ready.

Why did my masala chai curdle?

If you’re using fresh ginger in your masala chai, you may have had this happen. Don’t worry; we can help you fix it next time.

Fresh ginger contains a cysteine protease enzyme called zingibain, which can cause milk to curdle.

Always boil the fresh ginger and the black tea before adding them to your milk.

The high temperature will break down the zingibain and keep your chai curdle-free.

Why is my masala chai watery?

If you find that your chai is a bit watery, you may have used too much water or too little milk.

When making masala chai, you want to aim for a one-to-one or three-to-one water-to-milk ratio.

Fattier milks work great with the 1:1 ratio, while low-fat and alternative kinds of milk prefer the 3:1 ratio. But, as always, experiment to find what tastes great to you.

All it takes is one sip, and you’ll fall in love with the masala chai latte. The tea, milk, and spice mix will warm you from the inside out, and you’ll understand why the drink is so well-loved in India.

Plus, it’s got less caffeine than the average cup of joe, so if you’re looking for something to replace your daily second cup, a mug of this spicy goodness makes a solid substitution.

How to Make Espresso Without an Espresso Machine

How To Make Espresso With Keurig: The Answer Will Surprise You