Moka Pot Crema: What It Is & How To Make It

Some coffee aficionados say the mark of a good espresso shot is the layer of crema that sits on top — you know, those velvety light brown bubbles that sit atop the rich, strong, freshly-brewed joe.

Don’t think you have to have a commercial espresso machine at your disposal to wind up with the flavorful froth, though. If you’ve got one of the other coffee makers that produce espresso or espresso-style coffee — like a Moka pot, for instance — you can still create lovely layers of crema. 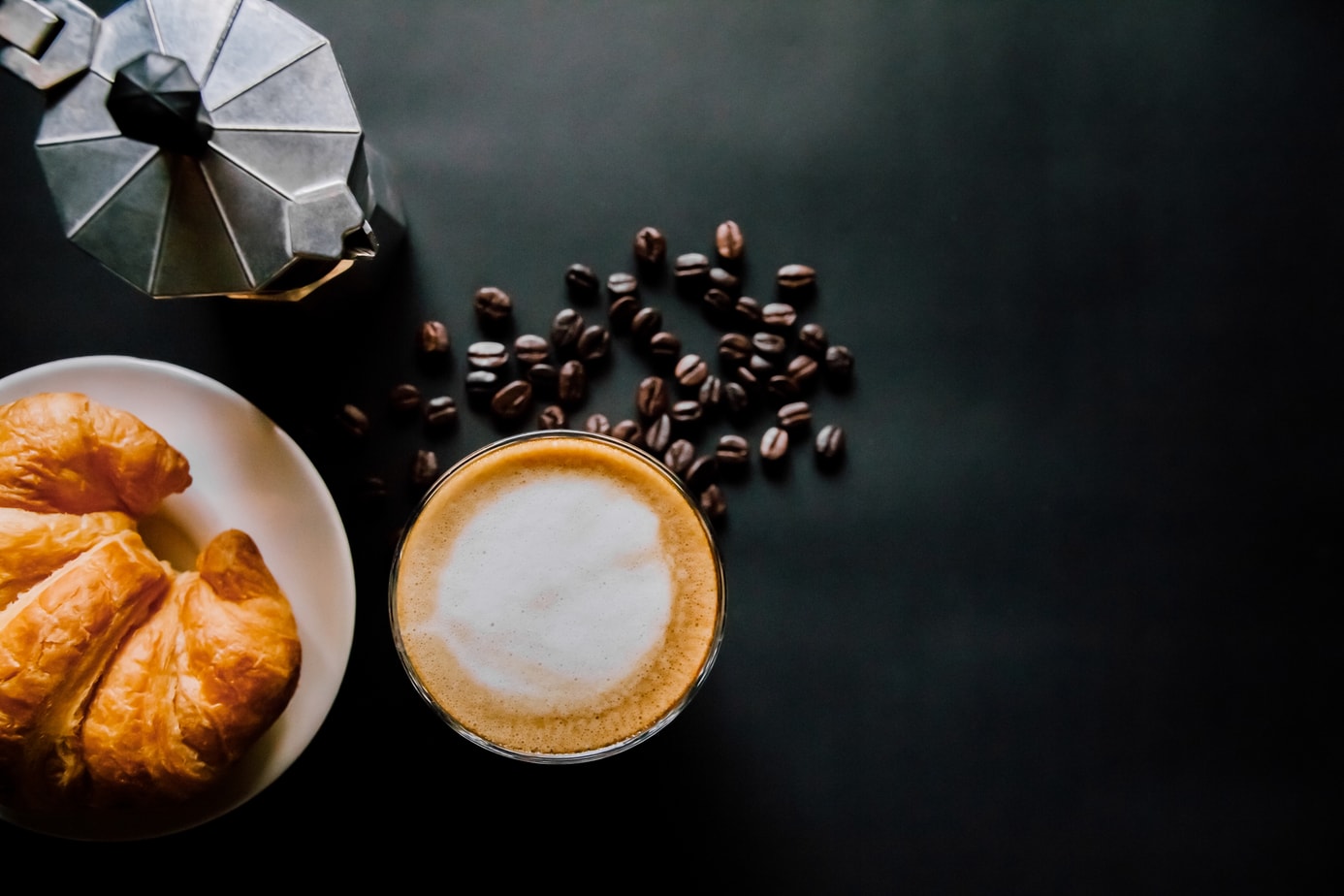 What’s a Moka pot, and how does it work?

The Moka pot brewer was born in Italy and consists of three parts: a lower compartment that holds water, a funnel-shaped coffee basket, and an upper chamber that collects the brewed coffee.

When the Moka pot touches a heat source, like the burner on an electric or gas stove, steam pressure pushes water up the funnel and through the coffee grounds, resulting in an upper chamber full of rich espresso-like joe.

Does a Moka pot brew espresso?

The Specialty Coffee Association’s (SCA) standards state that, for coffee to be considered espresso, it must have been brewed with at least nine bars of pressure. Since the Moka pot brewing method doesn’t use that much pressure, the resulting joe isn’t technically real espresso.

It is, however, a delightful substitute that works just as well in any espresso beverage, from more classic coffee drinks like the latte to spunkier choices like the cortado.

Want to purchase a Moka pot of your own? Check out our buying guide here and take a closer look at some of our favorite products on the stovetop espresso maker market.

Roasty has an article explaining crema in great detail you can check out here, but if you aren’t in the mood to read more content, here’s the short explanation: crema is that blanket of golden-brown foam that crowns shots of espresso.

Though crema is thin and short-lived, only making up around a tenth of the espresso shot and lingering for about two minutes, it makes a big impression; some espresso lovers think anything lacking crema isn’t even worth drinking!

Can you make crema in a Moka pot?

Many fans of espresso swear crema are only worthwhile if it comes from a high-quality espresso maker, but let’s be realistic here: not everyone can afford the fancy machines used in coffee shops.

But the good news is, you don’t need one of those brewers to produce crema-topped coffee. An at-home barista can get the stuff from a Moka pot so long as they keep the following factors in mind.

The roast date of your coffee beans makes a difference any time you brew a cup of coffee. Fresher beans not only make better-tasting cups of coffee; they also make a more delicious shot of espresso with crema.

When you roast coffee beans, you release the flavorful oils that make your cup of espresso taste and smell good. If you use joe one to two weeks after its roast date, the crema on top of the brew will become more stable.

The roast level of your coffee grounds also plays a role in creating crema. An espresso shot made with lightly roasted beans boasts the best crema, as most of the coffee’s oils are still intact by the time it is brewed.

Generally, the darker the roast of coffee, the less crema it will produce. This is because a dark roast coffee bean releases more carbon dioxide than a lighter one does, and anything that lessens coffee’s CO2 content actively works against crema creation.

Using water that’s the correct temperature is one of the primary keys to making quality coffee or espresso, so you shouldn’t be surprised that it plays a role in whether or not crema forms on your morning espresso or espresso-style coffee, too.

Though you’ll need to get the water hot enough to produce enough pressure to brew the coffee, it shouldn’t be boiling. Scalding hot water can quickly dash your dreams of making good-quality coffee or espresso.

Using medium heat during the extraction process, on the other hand, draws the coffee oils out more slowly.

Tamping your ground beans (a process that includes tightly compressing the coffee into a puck to allow the warm water and ground coffee to meet during brewing) is another way to get crema to form when brewing espresso.

Be careful not to over-tamp, though, as that can cause too much oil extraction and result in a bitter, unpleasant-tasting cup. On the other hand, Tamping too little increases water flow during the brewing process, creating weak joe.

Proper tamping may require multiple attempts and some trial and error, so remember to be patient as you figure out what works.

Creating decent crema on top of a cup of espresso requires close to nine bars of pressure. Since a Moka pot only uses around one and a half to two bars of water pressure, the froth that appears atop your smooth coffee won’t technically be crema; it’ll simply be reminiscent of the stuff.

While that may be unacceptable to the most serious espresso enthusiasts, it’s a decent substitute for those who don’t mind settling for close enough.

How to Make Crema with a Moka Pot

Fill the lower portion of the Moka pot with hot — not boiling! — water. Don’t overfill; the water level should stay below the safety valve.

Time to add a few grams of coffee. Scoop finely ground (almost fine enough for use in an espresso machine) fresh beans into the filter-basket, and tamp them lightly before reassembling the brewer.

Put the Moka pot on the stove over medium heat. Leave the lid open and watch the brewing machine very closely.

Soon, a steady stream of delicious coffee will flow. The initial java stream will be dark brown; you’ll want to let it brew until it’s a light, almost honey-colored hue.

When the coffee reaches the desired shade of light brown (or the upper chamber is around 80 percent filled), remove the Moka pot from the heat and wrap the bottom of it with a cold water-soaked towel.

You shouldn’t skip this step; quickly cooling the brewer keeps it from producing over-extracted, bitter coffee.

To Sum It Up

Can you create a layer of crema on top of your Moka pot brew? Yes. But quite frankly, it’s easier to get the job done with a proper espresso machine.

However, a decent espresso machine can be pretty pricey, so if the Moka pot is your only option for brewing something a lot like authentic espresso, you’ll have to be patient if crema creation is your goal.

How to Grind Coffee Beans

13 Reasons Your Coffee Tastes Bad and How to Fix it