Pacamara coffee is something of crazy creation – less by a mad scientist (move over Frankenstein’s monster) and more by curious coffee lovers.

Way back in 1958 at the Salvadoran Institute for Coffee Research (ISIC) researchers crossed the Pacas and Maragogipe varietals: the result was the Pacamara varietal and rest would become delicious, caffeinated history.

But this wouldn’t have been possible without the discovery of the Pacas varietal only 2 years earlier in 1956 by a coffee-loving family. Fernando Alberto Pacas Figueroa noticed this new varietal growing on his family farm in El Salvador and knew right away that it was something unique.

Well, what makes it so special?

The uniqueness of Pacamara coffee comes from the combination of the Pacas and Maragogipe coffee varieties. Let’s learn more about those.

Pacas is a hardy plant that’s able to withstand rough winds and water scarcity. This is because it is a much shorter plant with compact foliage. It also has particularly high production yields.

This compactness is a result of a single mutation that singled out Pacas from the Bourbon varietal. Pacas plants exhibit dwarfism which accounts for their small size. Their unique shape and proportions made them easier to spot by the Pacas family on their farm in Santa Ana, El Salvador.

A notable benefit of the small size of these Pacas plants is that they are able to be planted much closer together which allows for more efficient use of farm space.

The taste of Pacas is not dissimilar in taste to its parent varietal Bourbon, although it is usually less sweet and has a much more desirable body.

Since it’s able to adapt to lots of different climate conditions, yield high amounts of fruit and stand strong even amidst the worst weather, it’s a no-brainer that it was chosen to pair up with Maragogipe to make something new that stood out against the crowd. 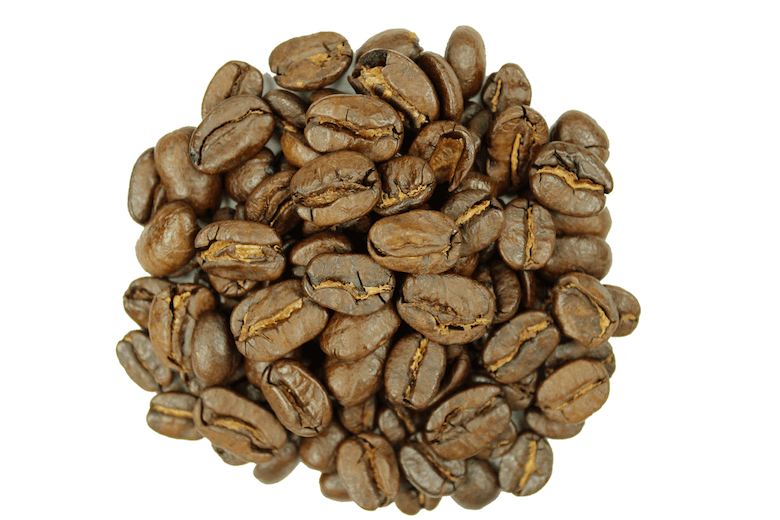 The Maragogipe – a mutation of the Typica varietal – is in some ways the complete opposite to the Pacas varietal. It is a large plant, discovered in 1870 and growing much taller than the Pacas. It has consistently low production yields but a fantastic cup quality. It also produces very large coffee seeds.

Both of these varieties of coffee have qualities that the other doesn’t have, so why not combine them and make a coffee that blows everyone’s socks off?

Although we wish it was, we know that it’s actually not that easy. Work continued at the Salvadoran Institute for Coffee Research (ISIC) for three decades until the Pacamara coffee varietal was released to coffee producers in the late 1980s. The name Pacamara is a combination of the first four letters of each varietal it’s made from! Cool huh?

Pacamara coffee takes the dwarfism from Pacas varietal and the large bean size from Maragogipe.

What this means is that Pacamara is a much more robust plant, surviving low to the ground but bearing large seeds. This allows for them to be planted close together and on steep slopes where they’ll comfortably weather all manner of conditions like wind and rain.

Pacamara is ideal for growing at the high altitudes of El Salvador, where plants grow at a much slower rate and have time to develop their unique tastes. A resulting cup of Pacamara has much more concentrated flavors and less caffeine.

This is because at higher altitudes there are fewer bugs and other creepy crawlies, which means that it’s not necessary for Pacamara to produce higher levels of caffeine to ward them off.

But It All Comes At A Price

While Pacamara is a unique variety of coffee with great qualities, it’s not perfect. Like selling your soul to the devil for a chance to make it big, the best features of Pacamara coffee have come at a price.

Leaf rust is a foliar disease caused by the fungus Hemileia vastatrix that causes defoliation (the removal of leaves) and may result in severe loss of crops.

Unlike Coffee Leaf Rust, CBD affects the fruit of the plant and not the leaves. The disease is caused by the fungus Colletotrichum kahawe.

Fortunately for El Salvador, CBD has not yet appeared in Central America, so for now they are safe.

Nematodes are microscopic parasites that live in the soil in areas with hot climates or short winters just like El Salvador. They infect the root of the coffee plant, whatever its size. It can cause wilting and possibly even the death of the plant. Nematodes are best deterred by biocontrol agents.

Regardless of its many varieties coffee will always be susceptible to diseases due to how easy they are spread by wind and rain.

The One That Got Away

Another very similar variety originated not too long after Pacamara coffee was discovered. In 1976, some initial selections of Maracaturra in Nicaragua were made by the Nicaraguan Institute of Agricultural Technology (INTA) but unfortunately due to the Sandanista Revolution research was interrupted and did not continue.

This coffee varietal was likely formed by a combination of the Caturra and Maragogipe parent varietals. Private coffee producers have since worked on and tinkered with this coffee, but the variety has never been stabilized which means that it is not yet fit for selling commercially.

The Unique Taste of Pacamara

Pacamara is held in high esteem because, well, it tastes great!

In a cup of this coffee variety you’re likely to taste:

The Power of Pacamara!

From humble beginnings on a family farm, this great coffee is now being grown in several Central American countries – we here at Roasty can only see that number continue to grow. Pacamara is, in the big world of coffee, still quite the youngster, so there’s still lots of time to see where it’ll go next.

As usual, here’s to your first (or maybe second, or even third…) cup of the day!

Happy caffeinating and see you next time.

Espresso vs Cappuccino: What’s on Top?