One of the biggest reasons people reach for a cup of coffee in the morning is for the energy boost. Thanks to caffeine, coffee gives drinkers a great kick start to begin (or continue) their day with.

However, coffee is not the only drink people are reaching for to achieve that caffeinated rush. Many opt for energy drinks instead. So what’s the difference? Aside from the obvious flavor differences, there are plenty of other distinctions between these two options that should be noted. 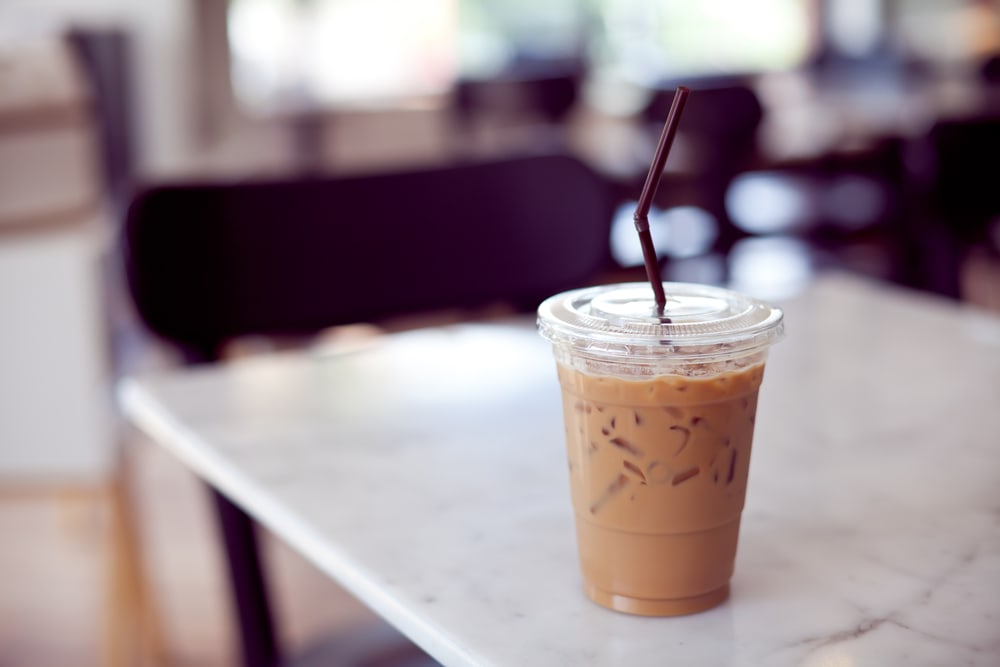 So, read on for the full breakdown of the Red Bull vs coffee showdown, from caffeine content and health factors to other caffeinated alternatives to both.

As you probably already know, Red Bull is an energy drink sold widely in the Western Market. Whether you recognize it for the “Red Bull gives you wings” slogan or the iconic blue and silver can, chances are you know what it is.

The popularity of the drink is evident in the numbers. With 6.8 billion cans sold in 2018, Red Bull has the highest market share of any energy drink– not just in the US, but in the world. The drink is sold by Red Bull GmbH, which is an Austrian company created in 1987.

While Red Bull is exceedingly popular, it hardly has the edge on coffee consumption in the States. Americans consume about 146 billion 9 ounce cups of coffee each year and are the leading consumers of coffee in the world.  As a result, coffee alone represents 75% of the caffeine consumed in the US.

Not only is coffee used as an energy booster, it is also a part of many nations’ culture. For some, it is unfathomable to start the day with anything other than a hot cup of coffee. And honestly, we’re a part of that demographic.

To clarify, for the sake of this article, when discussing coffee, we are talking about your typical drip coffee, not espresso or coffee brewed by another method.

When it comes to coffee, there is a lot of variation on caffeine content depending on the type of grounds you are using to brew. While not everyone is drinking DeathWish, the general public also isn’t guzzling a ton of watered-down weak sauce. Most people fall in the middle of these two extremes.

So the average falls between 80 and 200 milligrams of caffeine per cup.

On the other hand, Red Bull is pretty easy to pin down. One can has about 80 milligrams of caffeine in it, which is about even with a relatively weak coffee.

As a coffee lover, you might be wondering why people would reach for Red Bull at all if coffee generally has a higher caffeine content. The secret is that Red Bull actually has other stimulants to complement the caffeine and get you going.

Like caffeine, Taurine is a naturally occurring stimulant. However, coffee does not contain this particular organic compound. Your body already has and uses Taurine for things such as cardiovascular functions, calcium signaling, antioxidation, and more.

Furthermore, while the effects of introducing caffeine into our system are widely researched, the effects of Taurine have remained largely unstudied. Thus, the exact long term effects are unknown, though it is suspected to help heart health and promote relaxation in the short term. Plus, because there is relatively little in Red Bull to begin with, it is unlikely to be harmful unless one is consuming it in excess.

While many people opt to add sugar to their coffee, an undiluted cup of Joe contains no sugar at all. On the  other hand, one can of Red Bull contains about 27 grams of sugar, which is the equivalent of about 6 teaspoons. For perspective, that exceeds half the daily recommended amount within a typical 2,000 calorie diet. And that is all packed into an 8.4 ounce can.

You are probably already familiar with the effects of sugar. For some, just one sugar cookie is enough to get them buzzing, and those generally contain about 9 grams of sugar. Triple that is in a can of Red Bull, so no wonder people are reaching for them.

As a result, while there aren’t many (if any) sources touting the long term benefits of drinking Red Bull on the  daily, there are plenty talking about coffee. America’s favorite. drink has been proven to reduce the risk of a plethora of diseases including Type 2 diabetes, Alzheimer’s, and more.

This one is tricky. If you are comparing the two substances undiluted, Red Bull has more calories by a long shot. However, once you start adding milk, sugar, flavor pumps, and more, the field begins to even out. Thus, if you are concerned about your calorie intake, drinking black coffee is your best bet.

However, black coffee doesn’t suit everyone’s tastes.  So if you’re looking to mellow out the coffee’s intensity, go for a low fat milk and less sugar. Some people even opt for adding salt to reduce the bitterness, which could work for you if your sodium intake is low or average.

So, Red Bull may be the better choice if you’re simply drinking it on occasion to help you get through a particularly intensive workout.

However, if you’re just an average Joe, the cup o’ Joe might be a better choice. Coffee can help boost your metabolism while avoiding unnecessary sugar and calorie intake. Just make sure to also include extra water in your pre-workout routine to make sure you don’t dehydrate.

Obviously there are other energy drinks besides Red Bull. However, for the most part, the comparison to coffee is largely similar. They are generally high in calories and sugar and tend to have a laundry list of additives. There are some energy drinks that DO manage to exceed the average cup in caffeine content, Rockstar 2x Energy for example. But, at the end of the day the story remains mostly unchanged.

As far as common coffee substitutes, we can have a look at tea an espresso. Tea has been shown to have its own health benefits, separate from coffee. Though it also contains caffeine, your body absorbs it differently and more slowly. It also generally promotes relaxation rather than hyperactivity.

On the other hand, espresso has essentially the same benefits as coffee. However, it does have more caffeine in a smaller package. Plus, it generally has a more complex flavor profile. So if that’s what you’re into, try a shot of espresso.

If you’re looking for which option you should be reaching for on the daily, coffee is a clear winner. With better health benefits and lower risk of negative side effects, coffee is more likely to help your lifestyle than hurt it in the long run.

On the other hand, Red Bull and other energy drinks can be perfectly okay to consume every once in awhile to boost a workout or while you’re on the road.

How To Make Instant Coffee Taste Better: Tips and Tricks