Looking for a cinnamon-infused coffee creamer? We have the perfect recipe for you that will brighten up your morning cup of coffee with each sip!

Cinnamon is a classic flavor that can be enjoyed year-round, and a cinnamon coffee creamer will add a little bit of spice and warmth to your brew, whether hot or iced!

Making coffee creamer at home is super easy and takes only a few ingredients!

Read on to see two ways you can get your homemade coffee creamer infused with the delicious taste and smell of cinnamon and spice! 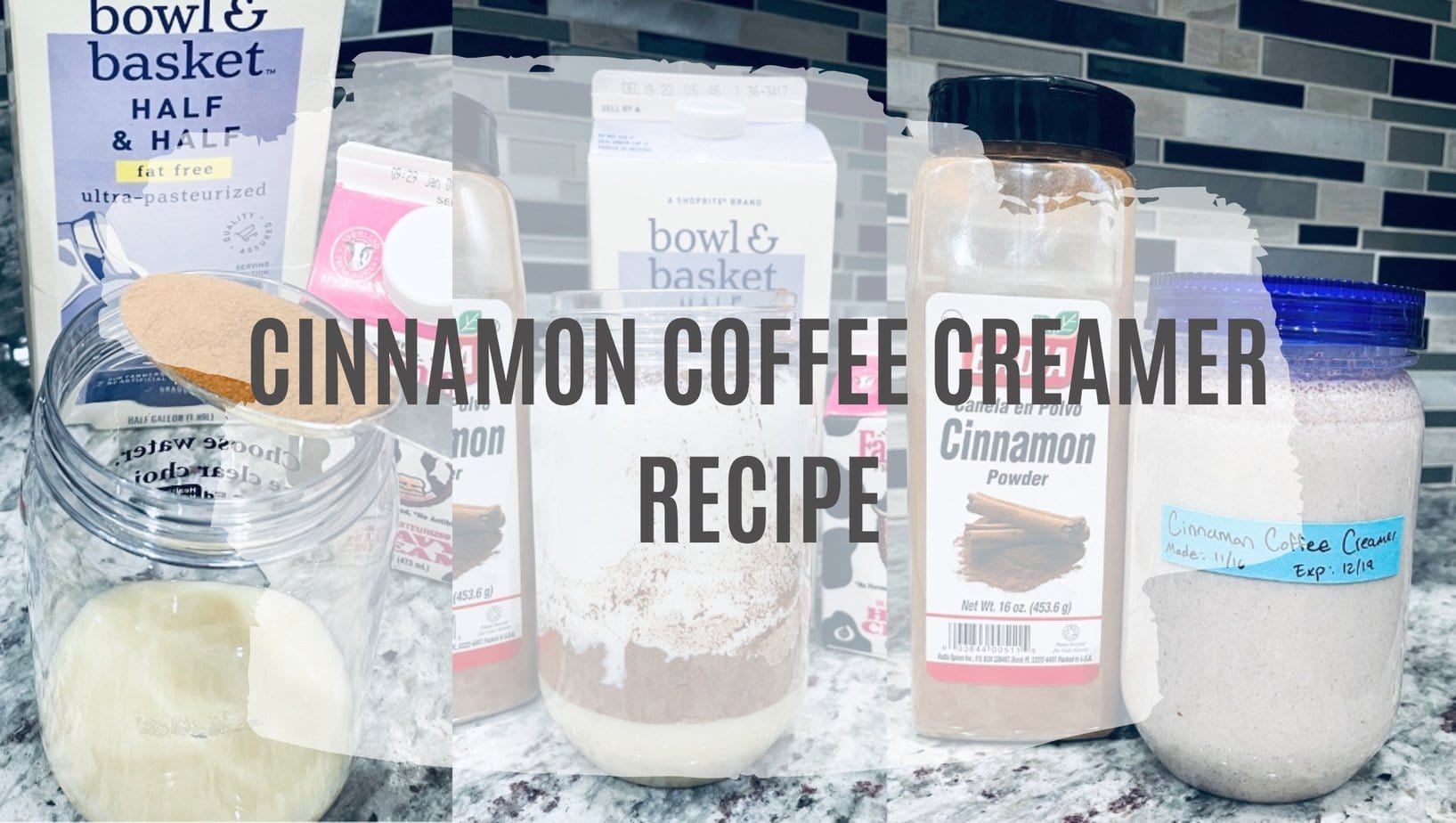 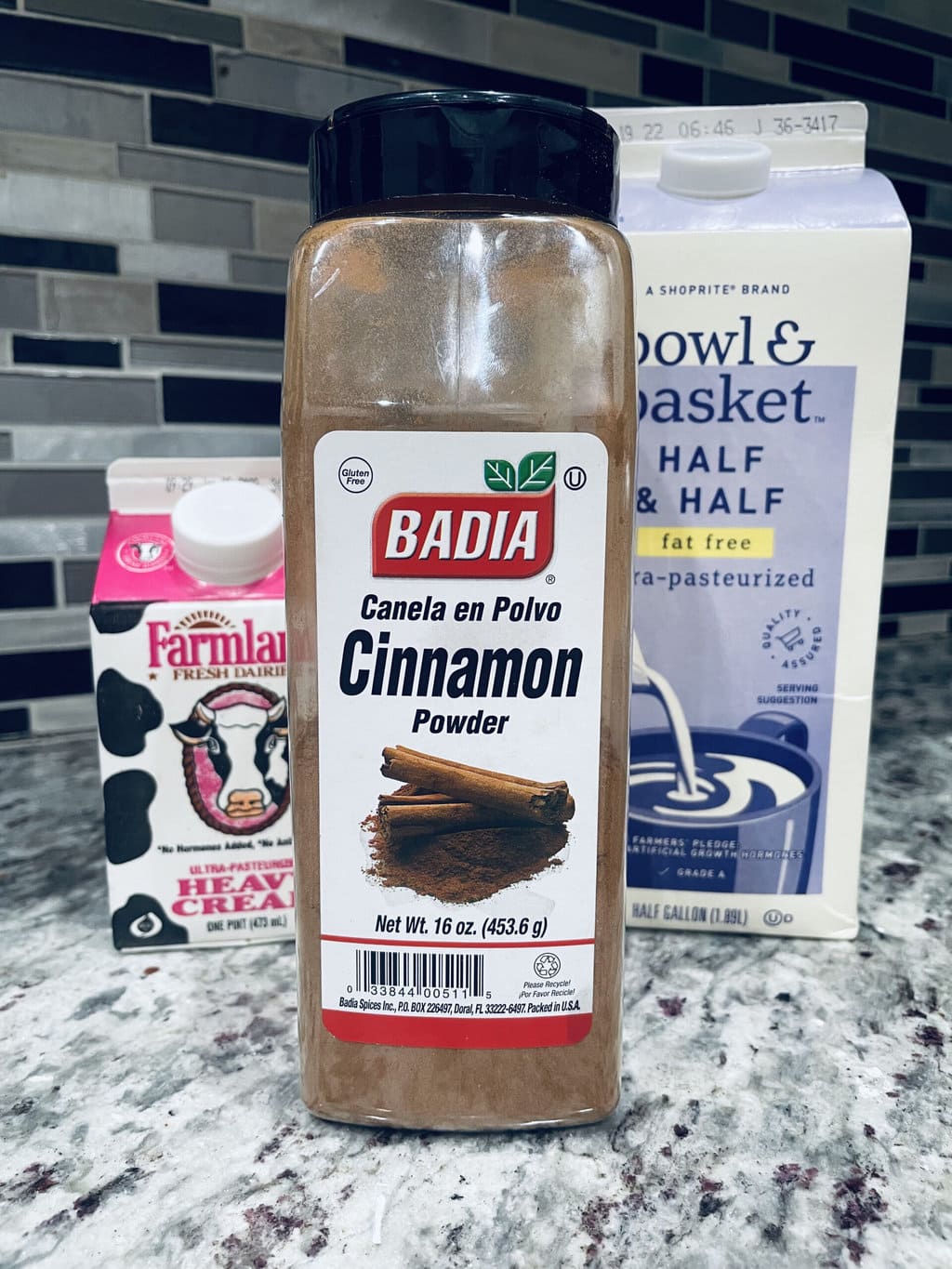 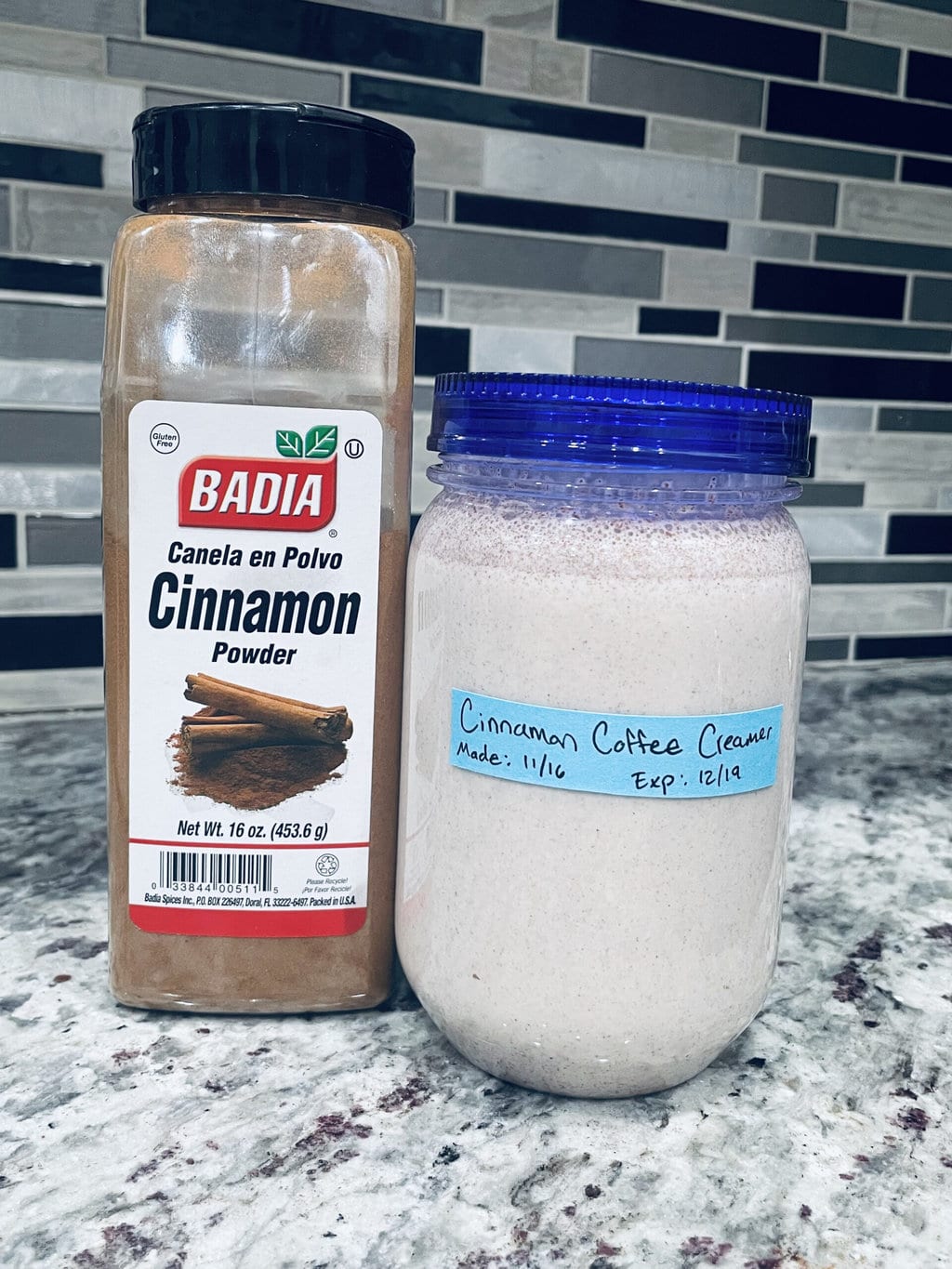 Cinnamon is a little different than the typical flavors that we add to our Sweet Cream Coffee Creamer base. In recipes such as our Vanilla or Pumpkin Spice Coffee Creamers, we use extract or flavored syrups to add flavor to the cream base.

Cinnamon, however, is not easily found in extract form. You can use powdered cinnamon OR you can go the extra step by cooking in cinnamon flavor with cinnamon sticks. 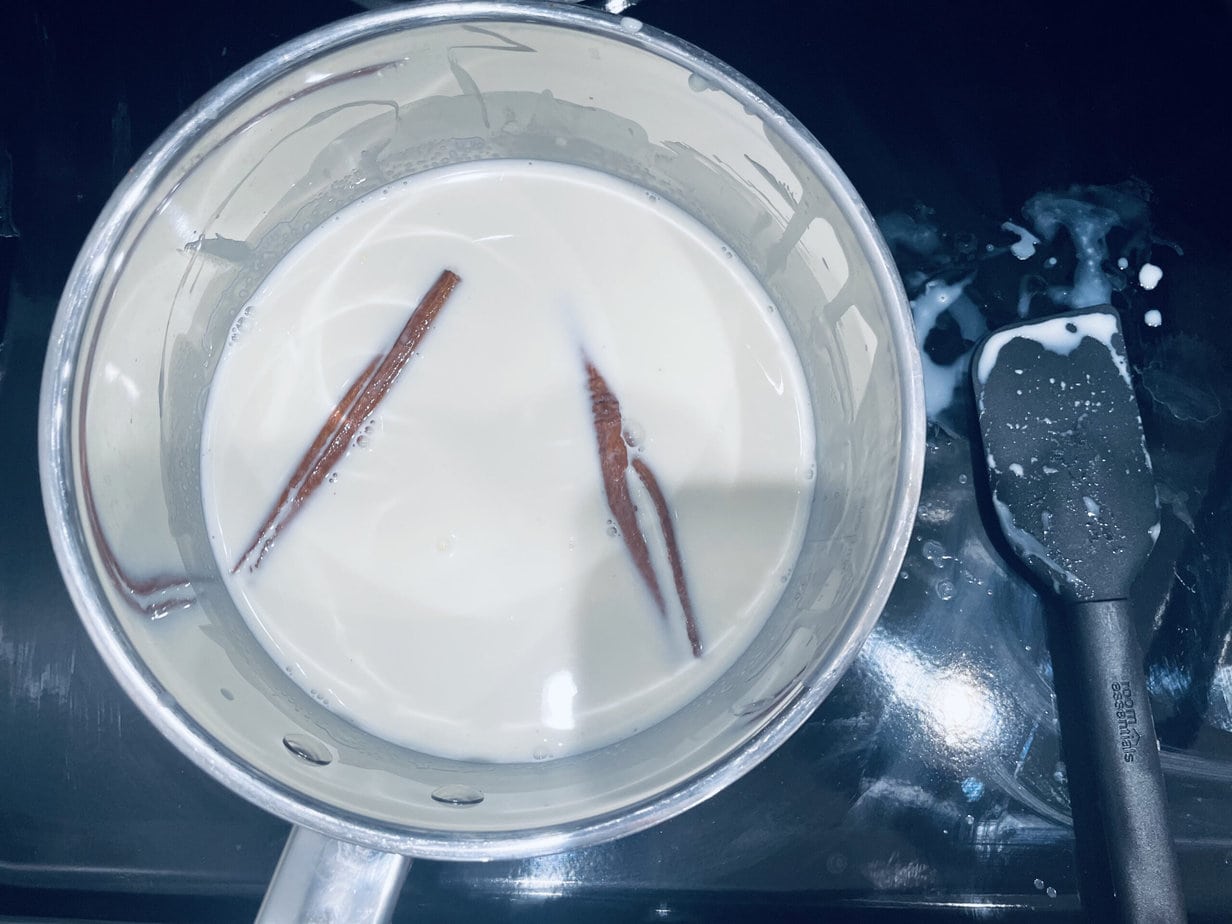 Both methods are given below and each results in a delicious homemade coffee creamer. We also list alternative ways to get the cinnamon flavor in, but we think this is the easiest and best way to do it. 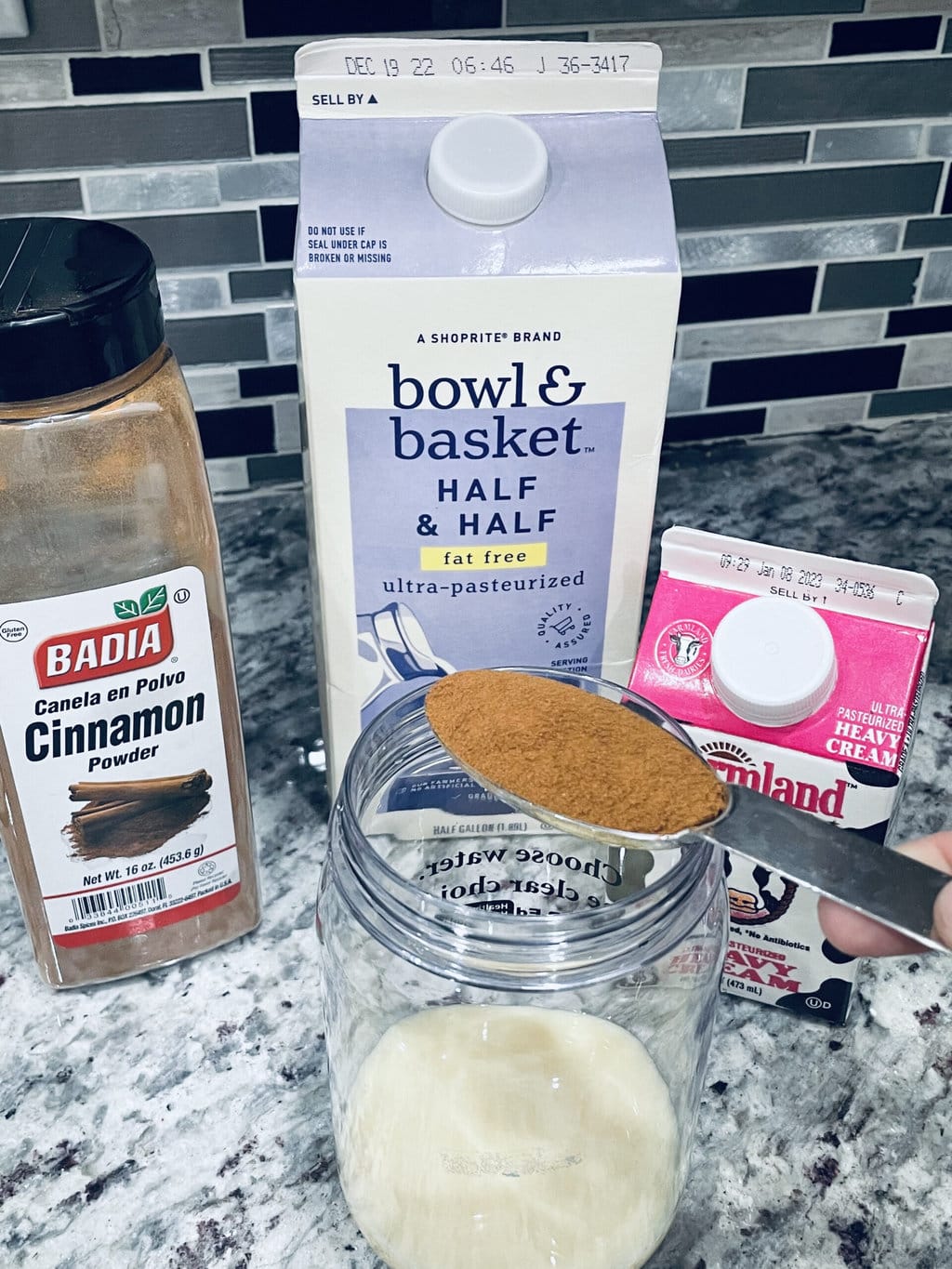 For the ground cinnamon method:

Add all ingredients into a mason jar and shake thoroughly until combined. Use a hand blender or milk frother to further mix in the cinnamon if needed.

The cinnamon will separate and fall to the bottom of the jar when stored in the fridge, so shake thoroughly before each use to evenly distribute before pouring. 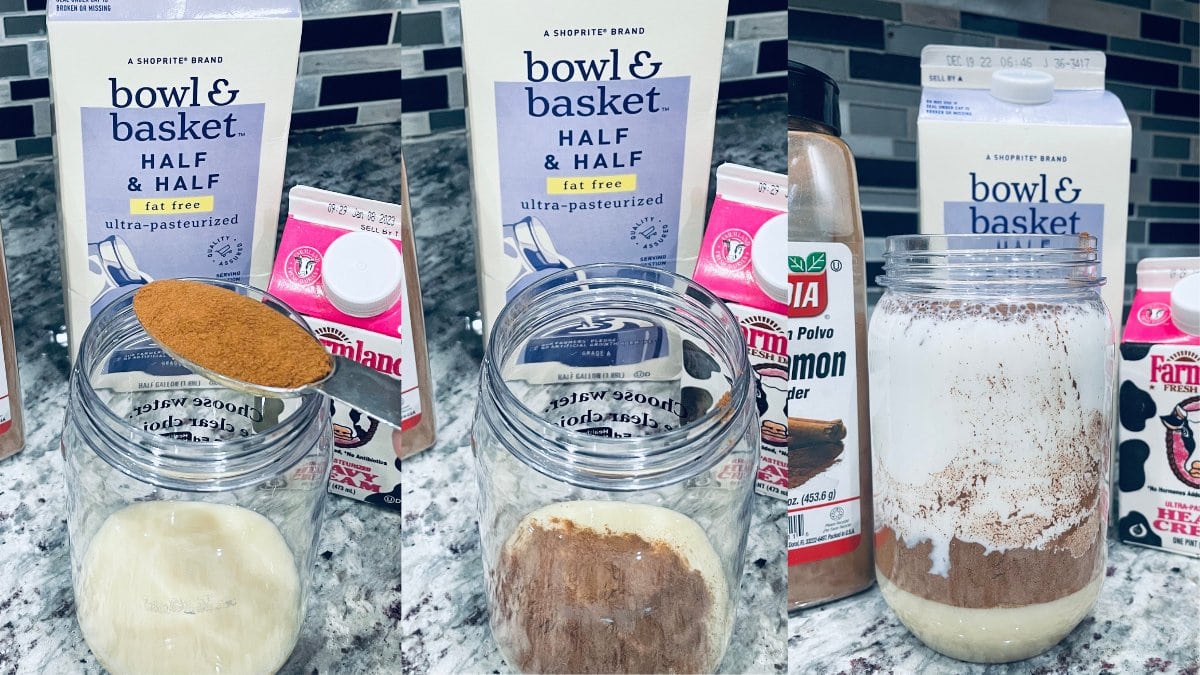 For the cinnamon stick method:

Add all ingredients to a saucepan. Turn the heat on low and simmer for 30-45 minutes until the creamer reaches the desired flavor. Remove cinnamon sticks. Let cool and then add to a mason jar. 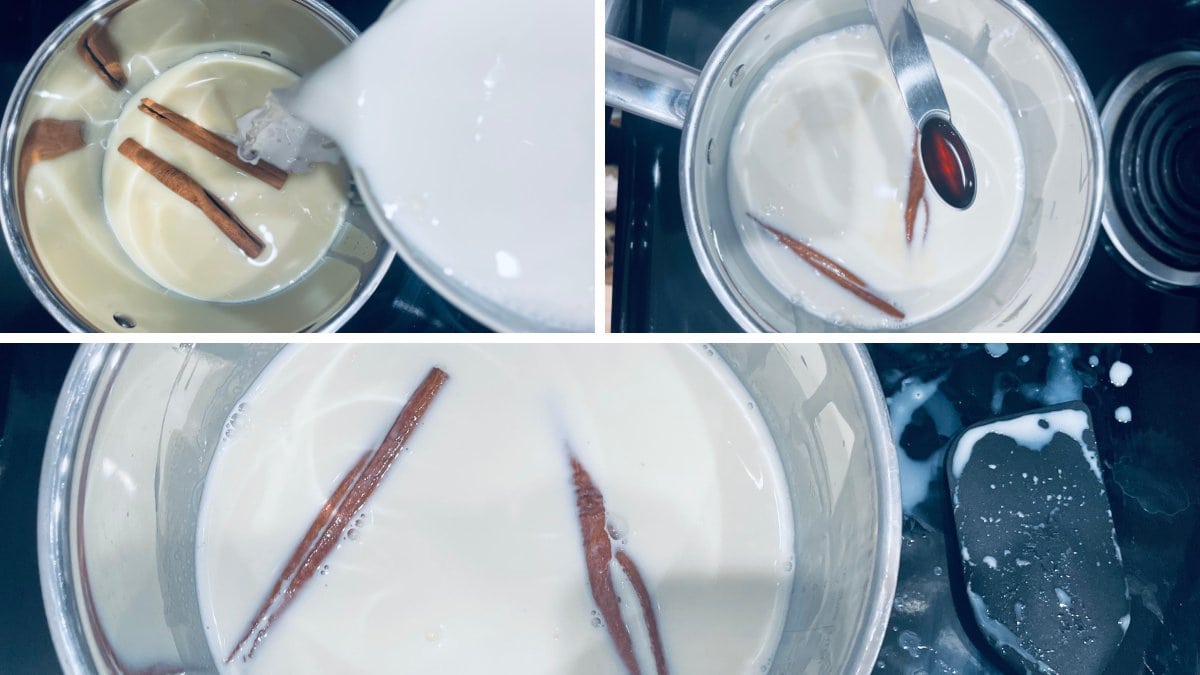 Label jar with date made and expiration date of creamer. 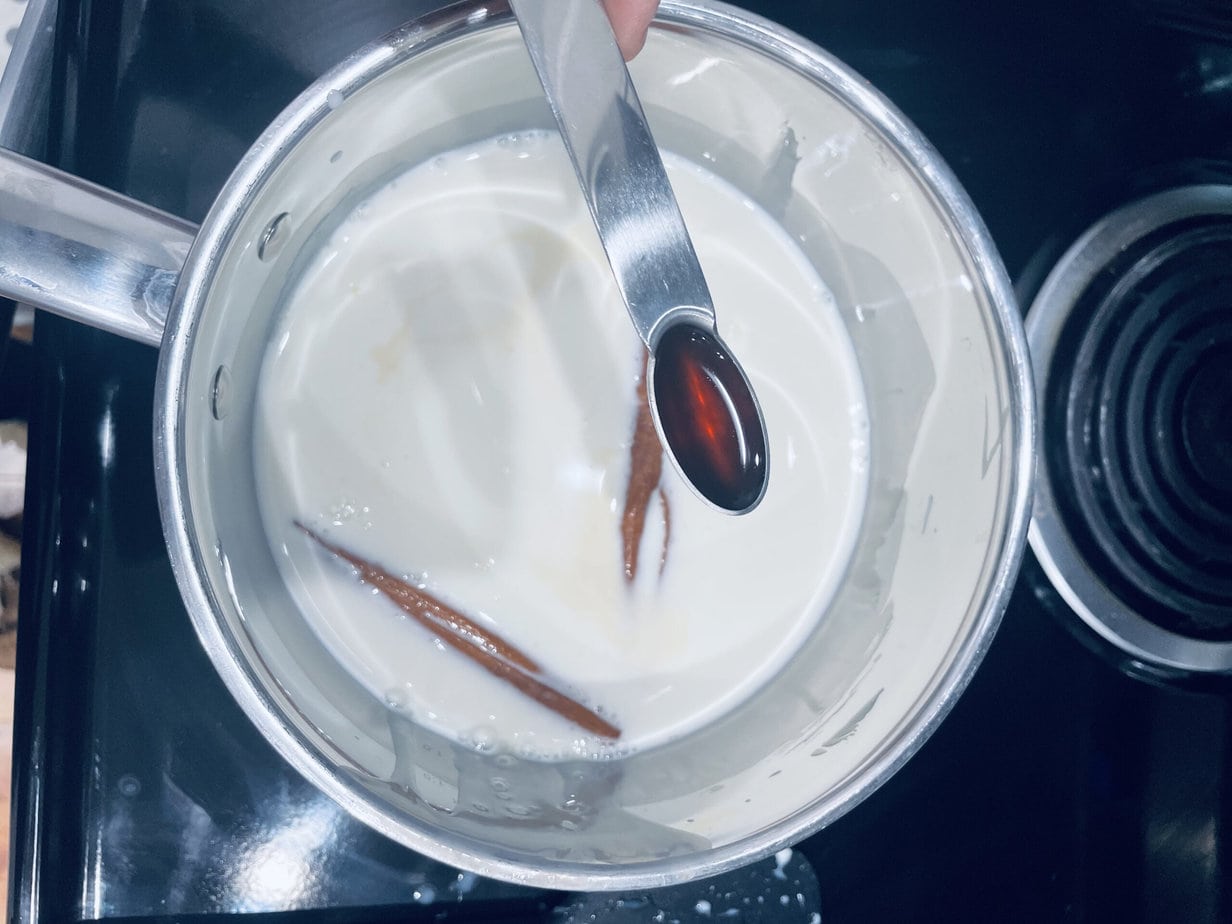 Another option for getting your cinnamon flavor is to use cinnamon syrup. This will also double as a sweetener. Check out our Hazelnut Coffee Creamer Recipe for precise measurements when using syrup as your flavor.

If you’re looking for a dairy-free option, try using oat milk. It’s smoother and thicker than other milk alternatives, and you can even get oat creamer that will add more richness.

Wanting to make it sugar-free? Consider using a sugar-free cinnamon-infused syrup! Or, use stevia extract for a more natural sweetener. Splenda is another sugar alternative that also works well in creamers.

How Do You Dissolve Cinnamon In Coffee?

Ground cinnamon doesn’t dissolve in coffee, but it’s ground so fine that it doesn’t add texture to it. Cinnamon extract or cinnamon sticks are an alternative way to get the flavor without the specks.

How Do You Add Cinnamon Flavor to Coffee?

Using cinnamon extract or cinnamon syrup are two ways to get the flavor without the creamer. But if you like cream, why not try our cinnamon coffee creamer?!

What Other Flavors Are Used In Cinnamon Coffee Creamer?

The vanilla extract is the most common flavor found in cinnamon coffee creamer. Vanilla is a great complementary flavor to cinnamon that helps bring out its warm tones.

Our cinnamon coffee creamer recipe includes just a little bit of vanilla extract to bring out the best and brightest flavors!

What Type Of Coffee Goes Well With Cinnamon Creamer?

Cinnamon creamer is great for all types of coffee but would best be complimented by a batch that has earthy tasting notes of chocolate, nuts, caramel, butterscotch, and berries.

For the ground cinnamon method:

For the cinnamon stick method:

What Is A Latte?

How To Make Coffee Thicker – Tips and Tricks