Even if you’re not a big coffee drinker, you probably remember the Dalgona coffee craze of 2020. This coffee drink was one of the only things keeping us sane during the early stages of quarantine that year, and though many have moved on from the trend, we just can’t let go.

We’re having too much fun playing with variations of the whipped coffee drink; whether doing something as simple as exchanging the instant coffee granules for espresso or adding flavored syrup, or as drastic as excluding coffee altogether and making a Dalgona matcha latte.

The latest spin on the beverage we tried is the White Russian Dalgona cocktail, and we’ll show you how to make it. 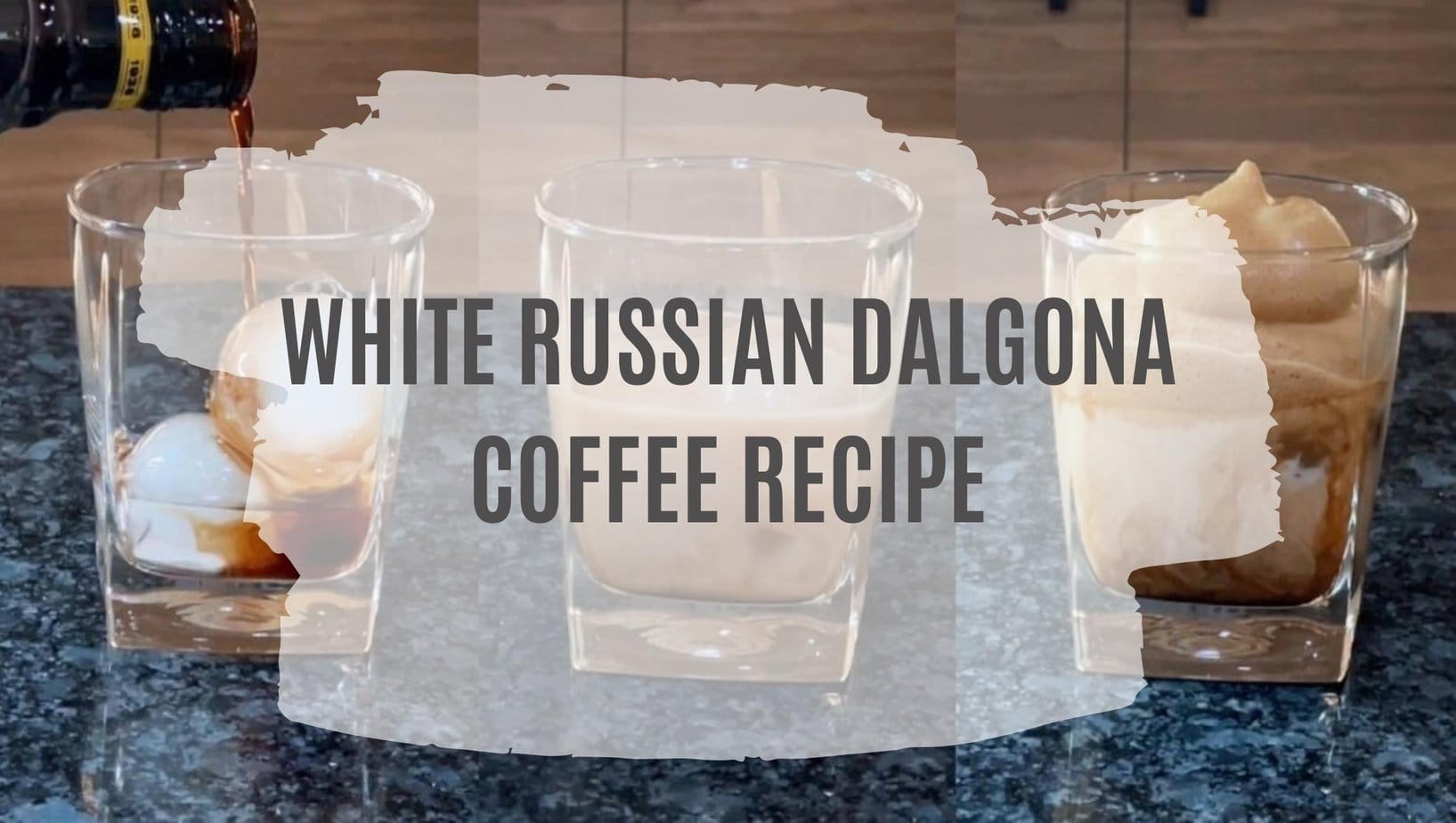 If you look forward to morning coffee time and cocktail hour equally, a coffee cocktail like the White Russian is probably right up your alley.

In a way, the combination of vodka, cream, and coffee liqueur team up to fuse the two times of day, and they create a creamy, boozy pick-me-up perfect for sipping on a night out with friends.

Despite the implications of its name, the White Russian didn’t originate in the country. It’s called that because its primary ingredient is vodka, and Russia is often credited with inventing the spirit.

The cocktail and its sister drink, the Black Russian (a.k.a., a White Russian sans cream), are the brainchildren of Belgian bartender Gustave Tops, who brought the beverages to life at the Hotel Metropole in 1949.

However, the White Russian didn’t gain popularity until 1998, when the film The Big Lebowski premiered. This is the protagonist’s cocktail of choice, and he references it multiple times throughout the film, sometimes jokingly calling it a “Caucasian.”

Even though the White Russian contains two kinds of alcohol, bittersweet coffee liqueur and spicy vodka, you can’t taste any of the booze when it’s made well.

If you didn’t know any better, you’d think you were sipping a sweet, tasty coffee drink — at least, you would until you’ve downed several of them and are starting to feel a buzz.

And, of course, the addition of instant coffee powder gives the White Russian Dalgona an even more noticeable coffee flavor, so it wouldn’t be surprising if this cocktail reminded you of your morning iced coffee.

Whip Up a White Russian Dalgona 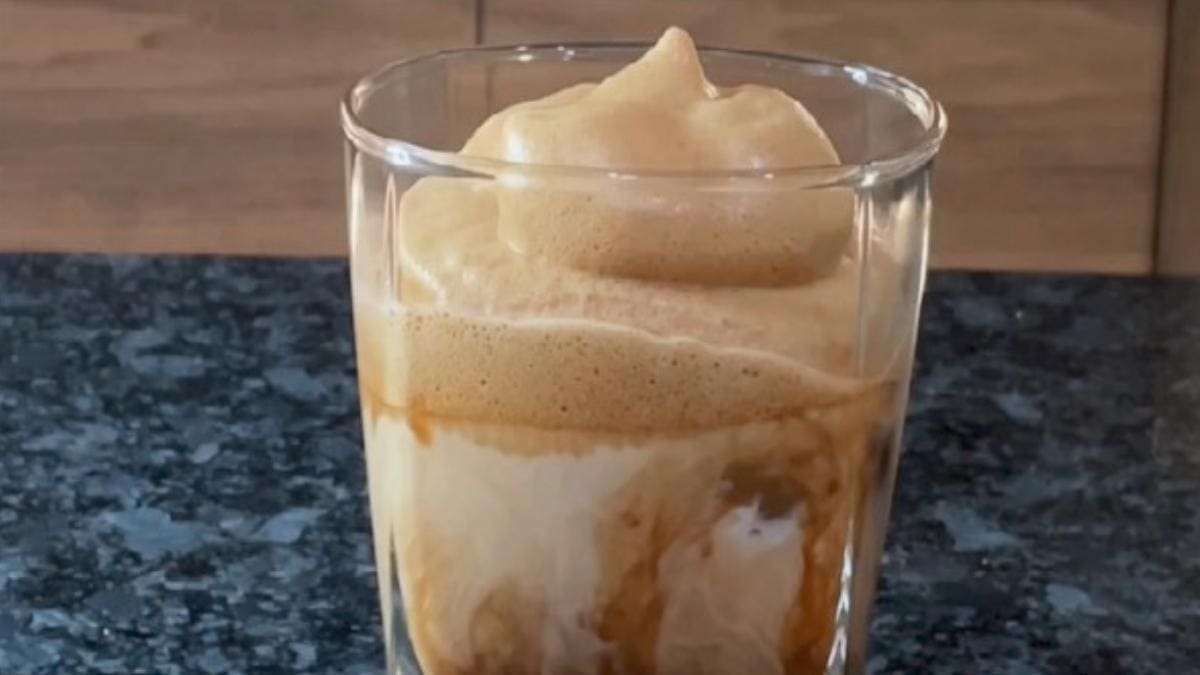 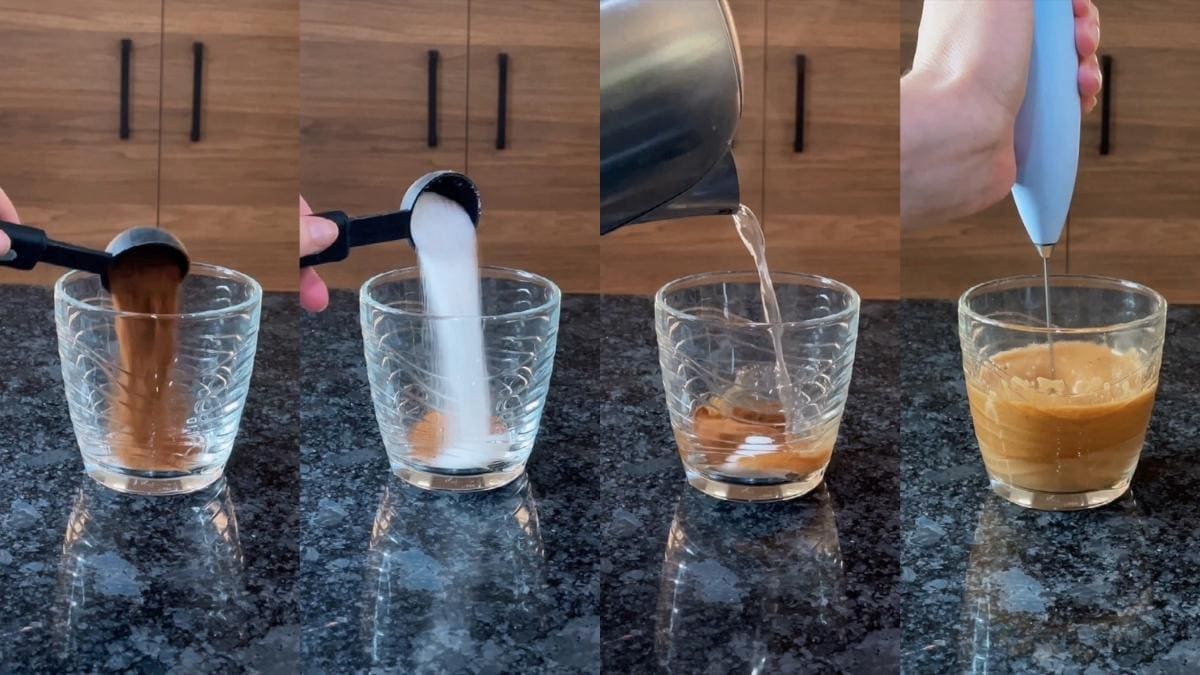 Add the instant Joe, hot water, and sugar to a small bowl. Then, whip the ingredients with a whisk, electric mixer, or handheld milk frother until they create a light, fluffy foam.

Set the bowl aside for a moment. 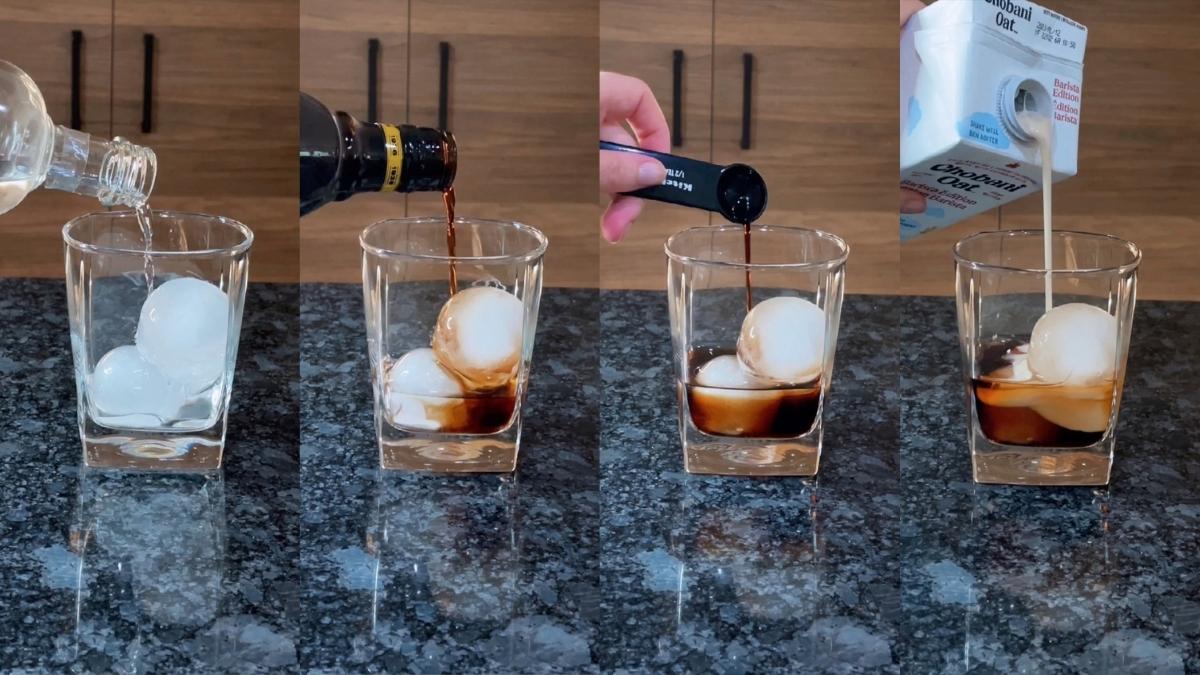 Fill a cup — preferably a rocks cocktail glass — with a few ice cubes. Then, add a splash of vodka, a bit of Kahlua (or whatever coffee liqueur you already have in your at-home bar), and vanilla extract.

Now’s the time to add coffee creamer or cream*, as that’s what gives the White Russian its namesake hue. 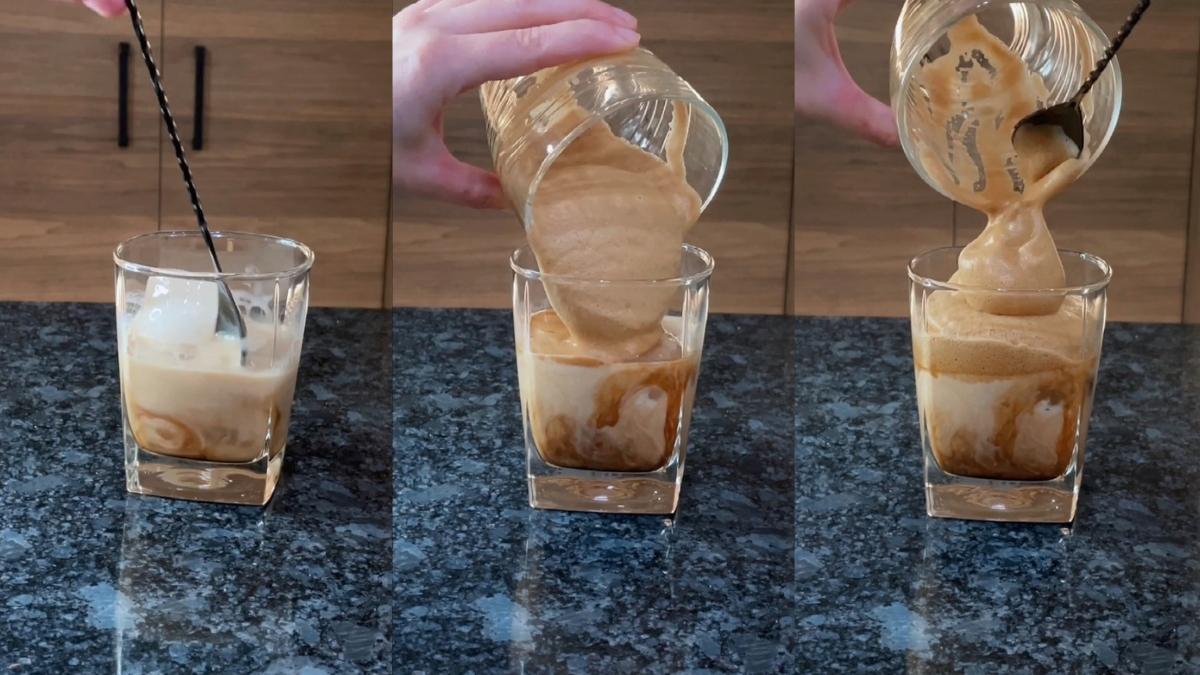 Finish this Dalgona White Russian recipe by spooning the layer of whipped coffee foam on top of the vodka, Kahlua, vanilla, and cream mixture.

Now, you’ve finished those drink preparations, there’s only one thing to do: kick off cocktail hour!

*Non-dairy coffee lovers, don’t let the use of cream or coffee creamer keep you from trying this recipe. There are plenty of dairy-free options for you to choose from; look for a soy or nut milk-based alternative, like cashew cream, for example.

What is the best coffee liqueur for a white Russian?

After doing some research, we discovered that there seems to be some disagreement on what kind of coffee liqueur makes the best White Russian.

We and many others used Kahlua*. It’s a classic and probably one of the easiest coffee liqueurs to get your hands on. However, other brands like Mr. Black, Tia Maria, and St. George produce bottles of the stuff that have garnered plenty of positive reviews.

Since everyone has different criteria for determining what’s best, the most effective way to pick a favorite coffee liqueur is to do some taste-testing.

*For even more coffee cocktail fun, check out a list of our favorite recipes with Kahlua.

Bring a Bit of Coffee to Cocktail Hour

The White Russian Dalgona is just one of many coffee cocktails available for you to try. So, if you decide after trying this drink that you’re a fan of combining coffee and alcohol, we encourage you to keep experimenting — but do so responsibly!