Cold Brew vs. French Press: What Makes Them Different?

For coffee lovers who like their cup of coffee strong and flavorful, cold brewing and french press offer two methods that can deliver similarly delicious results.

While you can tell right off the bat that one method relies on a cool temperature to brew, there are other differences besides just the water temperature. We’re sharing the properties that make the difference between cold brew coffee vs. french press so you can decide which method you want to rely on for your daily morning coffee.

What is Cold Brew Coffee? 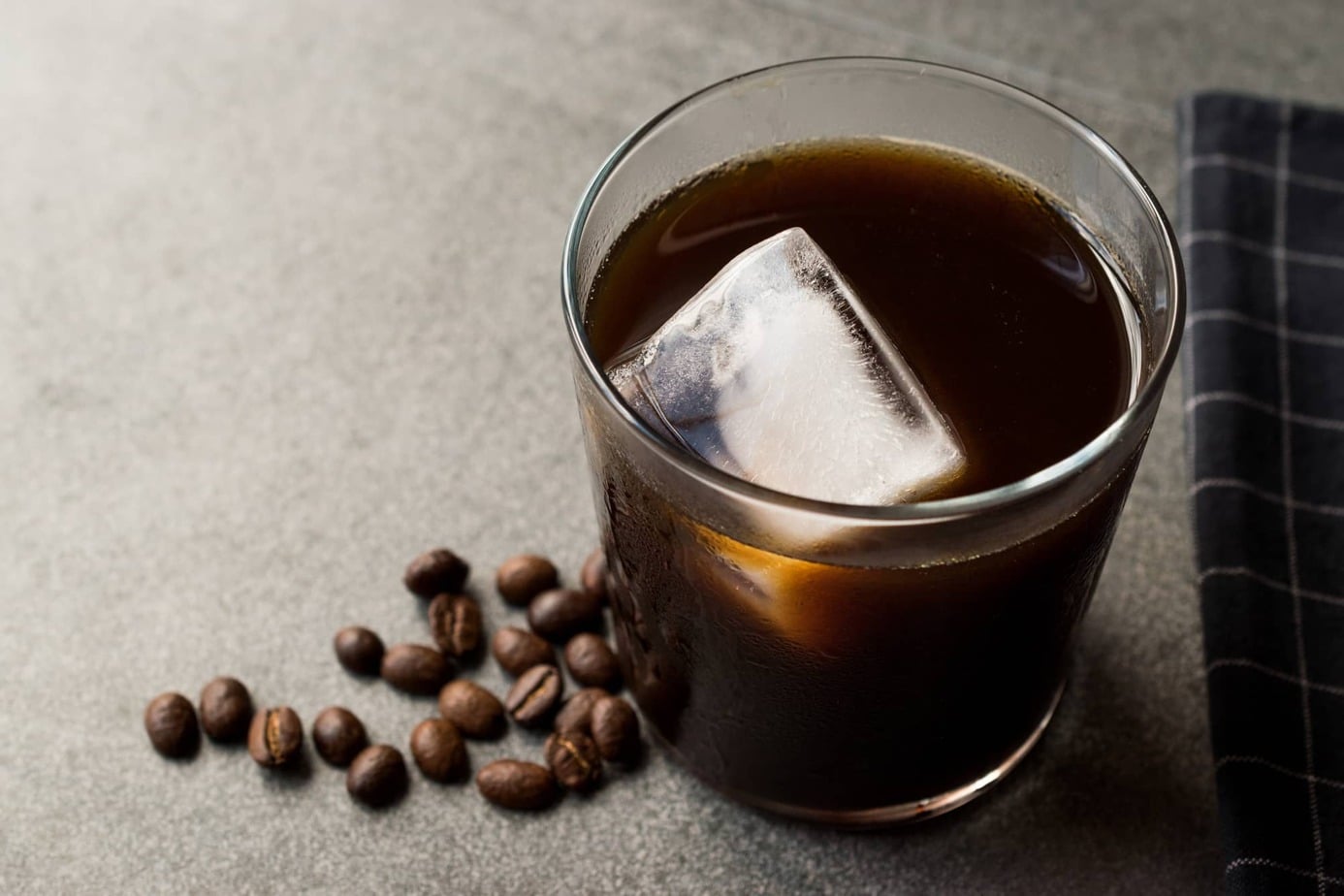 Cold-brew coffee uses a method of steeping coffee grounds in cold water for a long time. As a result, you usually get a flavorful, potent coffee blend with less acidity than coffee brewed by other methods. While some people might think you can get the same effects by cooling a traditionally brewed coffee, they are far from the same.

Cold-brew has much higher caffeine levels due to this unique method of processing. Adding cream or milk to cold-brew coffee is a popular way to mellow the flavor and caffeine content.

While you should always use fresh coffee beans for french press coffee, older beans work just fine for cold brewing.

The finished flavor of cold-brewed coffee tends to be sweeter, more delicate, and smoother on the tongue. It’s also less bitter than some traditionally brewed coffee and less acidic, which is easier on the stomach.

If you’re looking for a product specifically for cold brew coffee making, check these out!

Ice-drip brewing takes more time and effort than the standard immersion method and requires a unique tower mechanism to drip iced water on top of fresh coffee grounds slowly. It usually takes a full day to brew this way.

Immersion brewing is the most common way of cold-brewing and is incredibly convenient and easy to do. You simply place your coffee grounds in a container of water and allow it to steep, eventually filtering out the grounds and leaving behind a smooth, cool beverage.

How to Make Cold Brew Coffee

To make a delicious cold brew coffee recipe with the immersion method, follow these steps:

What is French Press Coffee? 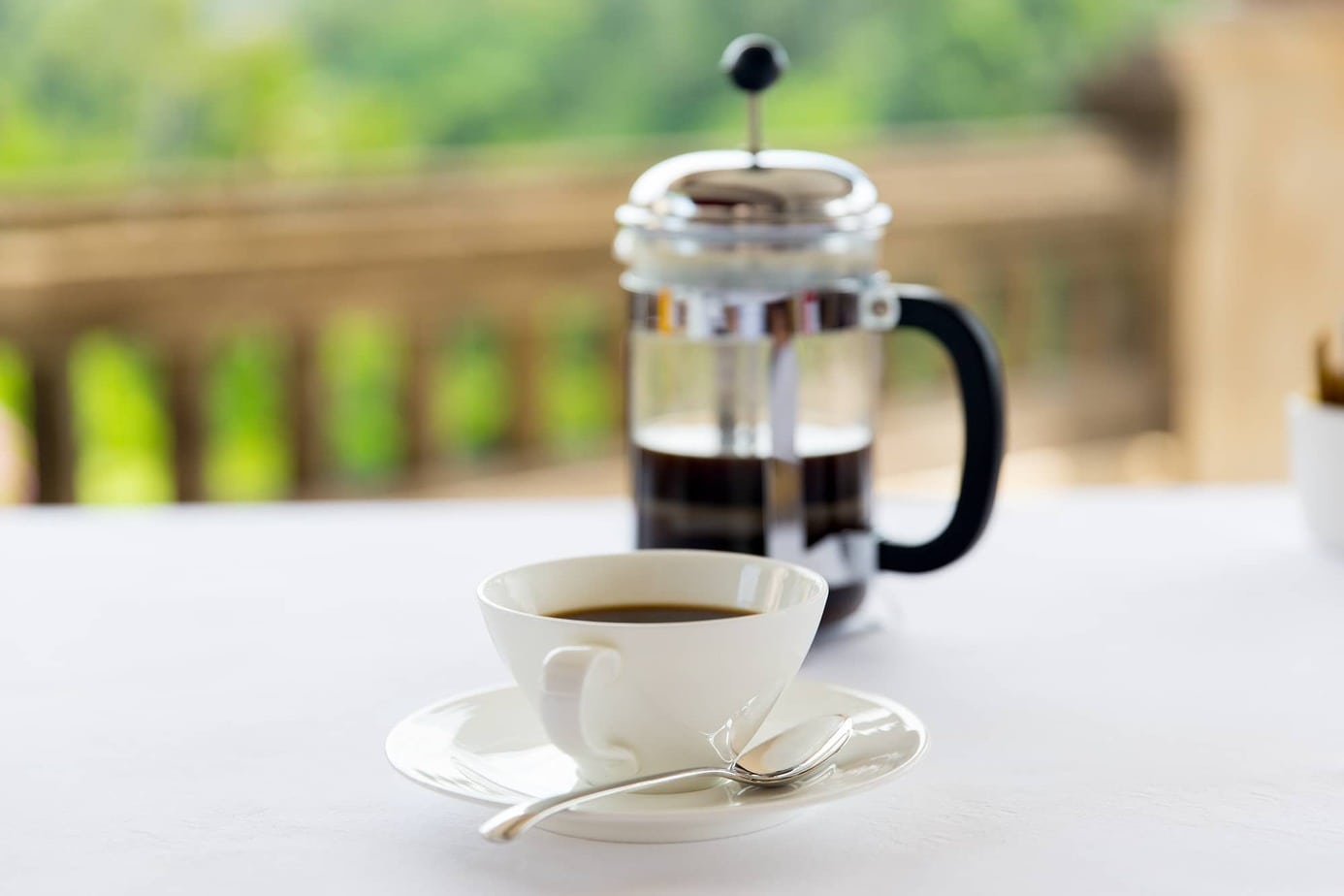 Drinking coffee made from a french press provides an intense taste because you’re getting the taste of the wholly saturated beans, not just beans that have been brewed through. You’re tasting all of the beans’ oils and their full caffeine content, offering a robust flavor.

Many people find that coffee created with this method tastes better since the beans are not filtered through but steeped instead. It adds to the fragrance of the coffee as well as the ambiance of the drinking experience. This is the biggest difference between cold brew vs. French press, as the cold brew filters the water through the grounds, and a French press steeps the grounds in water.

Water used when French pressing should be hot and steady throughout the entire time. The ideal temperature for the water is just below its boiling point, which is 212ºF, according to Encyclopedia Britannica. The temperature you’re looking for is around 195ºF. To achieve this, you can first boil the water on the stove and then let it sit for a minute before transferring it to the French press. The other primary difference is that a French press uses hot water and cold-brewing uses cold water.

While cold brewing coffee takes up to 24 hours to complete, the French press is much quicker and won’t take up your entire day. All you have to do is grind the beans, boil the water, and stir the coffee after the first pour. The entire brewing process takes about four minutes.

How to Make French Press Coffee

To make a delicious cup of French pressed coffee from scratch, do the following:

When comparing cold brew vs. French press, there are some noticeable differences – temperature and brewing method – and several more subtle differences between the two, including flavor profile and brew times.

Read on to learn more about the various coffee brewing methods.

How Long Does Cold Brew Last?

How To Turn Off Flashing Clean Light On Mr. Coffee