What’s The Difference: Cortado vs. Macchiato

I really love a macchiato, hot or cold, but do you know what a cortado is? Italy is known for the macchiato and the cortado is a classic in Spain.  Torrefacto, flavor, and austerity may have helped one of these drinks become more popular. Can you guess which one?

What if I say that every shot of espresso that uses steamed milk or foamed milk can create a different drink.

So, who came up with these different names? Today we are going to talk about the difference between cortado and macchiato.

Some coffee lovers will only have black coffee, but adding milk can make your coffee taste better by reducing the bitterness and enhances the texture. The sweet flavor of cow milk is enhanced if you get the temperatures around 130 degrees F. Macchiatos and cortados are naturally sweet due to the added warm milk.

Let’s say you don’t drink cow’s milk, or you are looking for a plant-based alternative to adding to your espresso. It won’t be traditional but both drinks here can be made at your local coffee shop or at home with popular milk alternatives like oat milk, almond milk or coconut milk. You will have to be careful when adding heat to these kinds of milk because they will curdle.

Basics of the macchiato 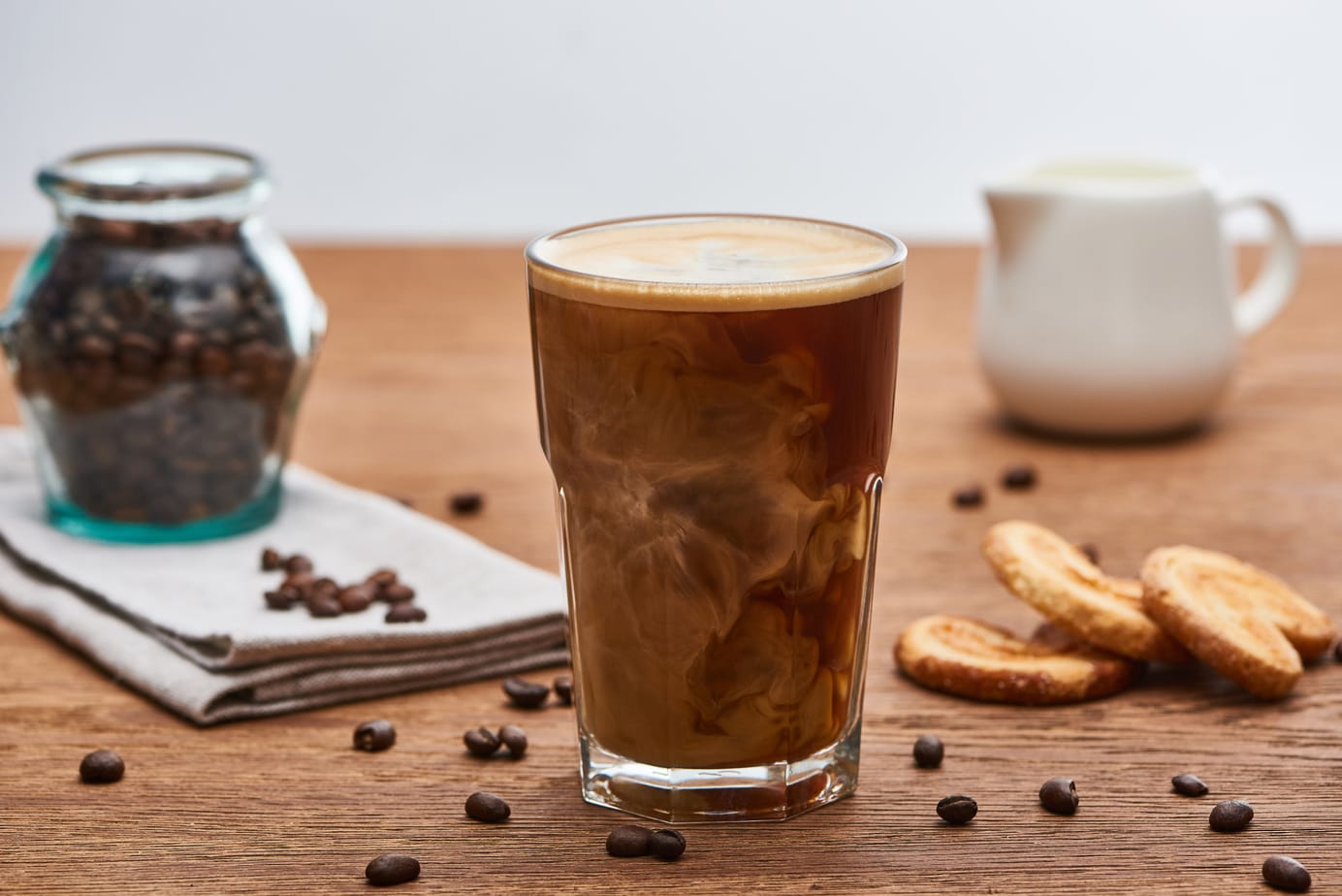 The Italians have created many signature dishes and the rich coffee culture in this region of the world has a favorite recipe called the macchiato. A café or espresso macchiato is a single shot of espresso with a ‘mark’ of foamed milk. The word macchiato roughly means ‘stained’ or ‘marked coffee’ and this is where the drink gets its name.

It is usually served in a demitasse cup or glass, which is somewhere between 3-4 ounces. Italians will tell you to enjoy macchiato’s in the morning not just due to tradition but they are typical for this time of day because a milky coffee is not recommended on a full stomach.

The Art of the Macchiato

If you find espresso too acidic adding a dollop of foamed or steamed milk will soften the coffee’s bitterness. Macchiato’s in America are typically served large with a serving of a double shot espresso requiring 14g of coffee and producing 60ml or 2 ounces of coffee with steamed or foamed milk.

The coffee drink called a macchiato has the highest ratio of espresso to milk and the cortado, latte or cappuccino all have more milk. The difference comes down to how much milk you like in your espresso coffee.

Basics of a cortado 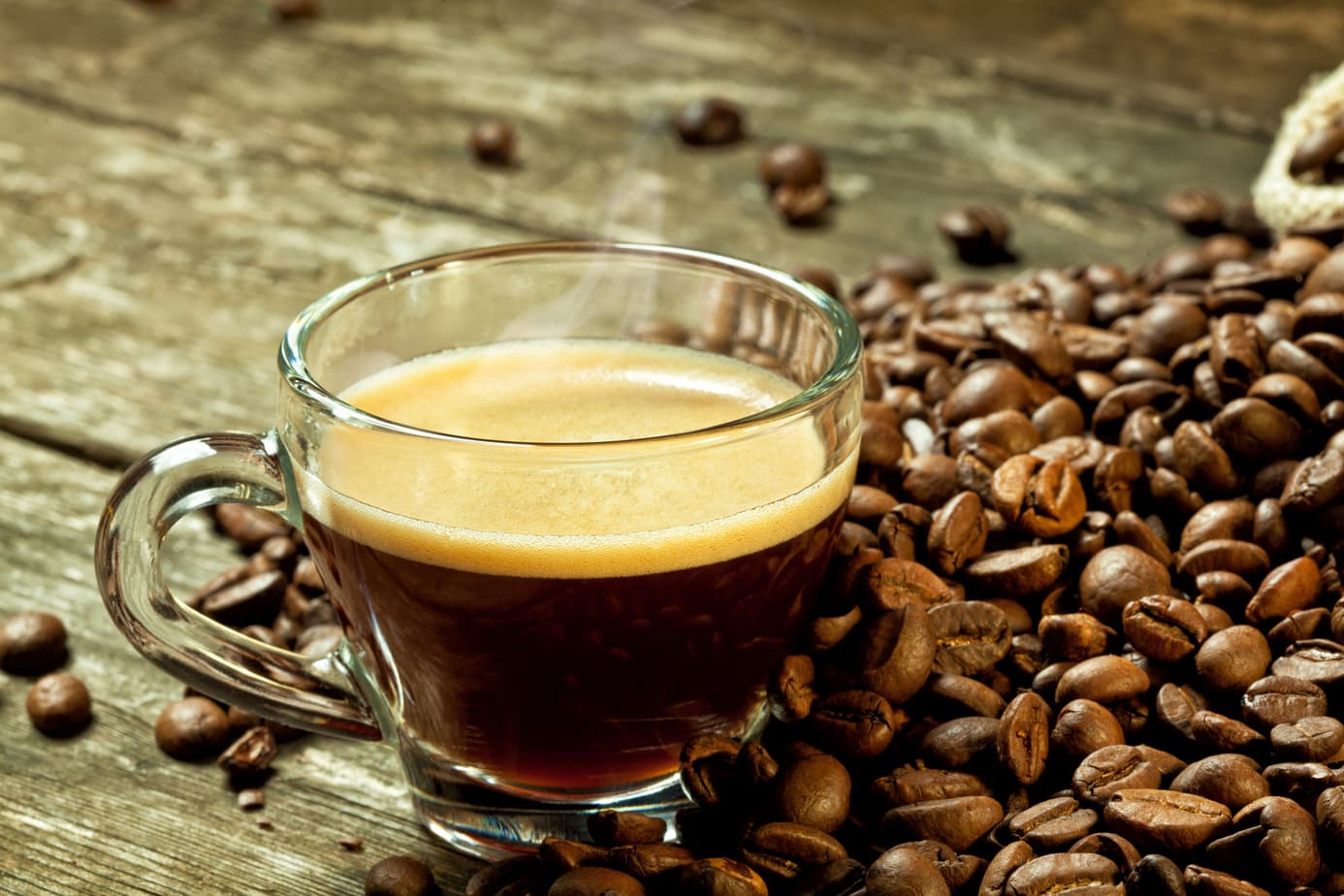 To “cut” your coffee with warm milk is nothing new. A Spanish cortado coffee is just that and even the glass you serve it in can change the name. Normally served in 4 ounces, around 2 ounces of espresso and a little more than 2 ounces of steamed milk.

If you are not used to measuring the amount of milk in your espresso you may have made yourself a cortado one day and not even known. It has just a little more steamed milk than espresso macchiato which makes it still very strong but easy to drink fast.

In the Basque country of Spain, the espresso brewing method is the most popular way of preparing coffee and if you want a splash of milk you order a cortado. In some areas of Spain, you may hear someone order a ‘cafe manchado’ (coffee stained with milk) which in some areas means the opposite – milk first with a splash of coffee. So, if you are not used to the more bitter coffee of the Spanish regions make sure you know what you are ordering.

The Spanish, like many humans first added milk to their coffee for added calories. In the early 20th century one coffee roasting company in Spain started adding sugar to the beans during the roasting process, known as torrefacto.

This added a shiny coating to beans and increased the preservation time, allowing them to expand their distribution of the product without it going bad. The Spanish became used to the dark, oily flavor produced by adding this bean to other normally roasted beans and in the effort to stretch a good pot of coffee for the family and produce a smoother taste, milk in its perfect ratio to coffee brought the people the cortado.

The Spanish became accustomed to this method increasing the bitter flavor of the end coffee product but also enjoyed something they could drink fast. Some might say this is why milk is so popular in coffee and why cortado is one of the most popular ways to order your coffee in Spain.

You know what you like in your coffee. One day you may take a macchiato, the next day a cortado.

The popularity of these drinks depends on region and tradition. The word ‘espresso’ showed up around the 1920s in Italy with the advent of pressurized machines. Adding milk was a natural thing for Europeans and across the world now there are wide variations of how these two drinks are made.

In America, a macchiato is popularly served cold with twice as much milk as you would find in a coffee shop in Italy. Ask for a Café con Leche, cortado or a splash of milk in your coffee and this is what most college kids will be sipping as they focus, study, or get ready for the day.

Are they sweet? Sugar or no sugar is a cultural thing and many Americans just like sweet things. These two drinks are traditionally served with no sugar but, now equipped with this knowledge you know just a little more about these two drinks. Go impress your local coffee shops with your new coffee vocabulary or enjoy making coffee at home.