How Much Caffeine Is in a Keurig Cup? Let’s Find Out…

If you drink as much coffee as I do, then you know every cup is not created equal. Nothing is worse than drinking a cup of coffee and finding out there is less caffeine than anticipated. Now you’re left with a warm cup of weak coffee that won’t wake you up in the morning.

Avid Keurig users also know there are hundreds of different K-Cups on the market, and with so many brands and flavors, there are bound to be different caffeine levels.

It might seem like there’s no way to know which K-Cup to choose for your desired caffeine level, but that’s why we created this article!

Keep reading to see how much caffeine is in a Keurig Cup.

Most people think dark roast coffee beans have more caffeine because they produce a bolder flavor, but the taste does not equal caffeine. Instead, dark-roasting coffee beans exposes them to heat longer, breaking down some of the caffeine in the beans.

It is important to note that while light roast coffee beans do have more caffeine, the caffeine difference is insignificant.

The larger the cup size you brew, the more water is pushed through the coffee grounds. When you use more water, it dilutes your coffee. This not only gives you a cup of coffee with less caffeine, but it will also make your coffee taste weaker.

If you’re choosing the size of your cup based on caffeine levels, pick a smaller cup because it will use less water and create a more concentrated cup. Some Keurig models also have the option of brewing a stronger cup of coffee.

How Much Caffeine is in a Starbucks Keurig K-Cup?

As I mentioned above, the amount of caffeine in coffee produced by the K-Cup depends on the size of the cup you choose. Since Keurig claims the best coffee size is an eight-ounce cup, most caffeine levels are based on an eight-ounce cup of coffee.

A Starbucks Keurig K-Cup generally has 130 milligrams of caffeine per eight ounces.

One of the most popular Starbucks Keurig K-Cups is the Caramel K-Cup, which has around 120 milligrams of caffeine per eight ounces.

Do K-Cups Have More Caffeine Than Regular Coffee?

This means that Keurig K-Cups have less caffeine than regular drip coffee on average, but depending on the specific K-Cup, the difference is minor.

How Much Caffeine is in a Folgers Keurig K-Cup?

Folgers offers many different types of Keurig K-Cups that vary in blends, roasts, and flavors. On average, a Folgers Keurig K-Cup will brew an eight-ounce cup of coffee with about 100 milligrams of caffeine.

Which Keurig K-Cup Coffee has the Most Caffeine?

The strongest K-Cup coffee pods with the highest caffeine level are the Black Label by Devil Mountain Coffee pods. This powerful coffee gets its name from its dangerously high caffeine content – over 1,000 milligrams per cup!

Approach these Keurig K-Cups with caution. This level of caffeine is not for everyone.

Which Keurig K-Cup Roast Level has the Most Caffeine? 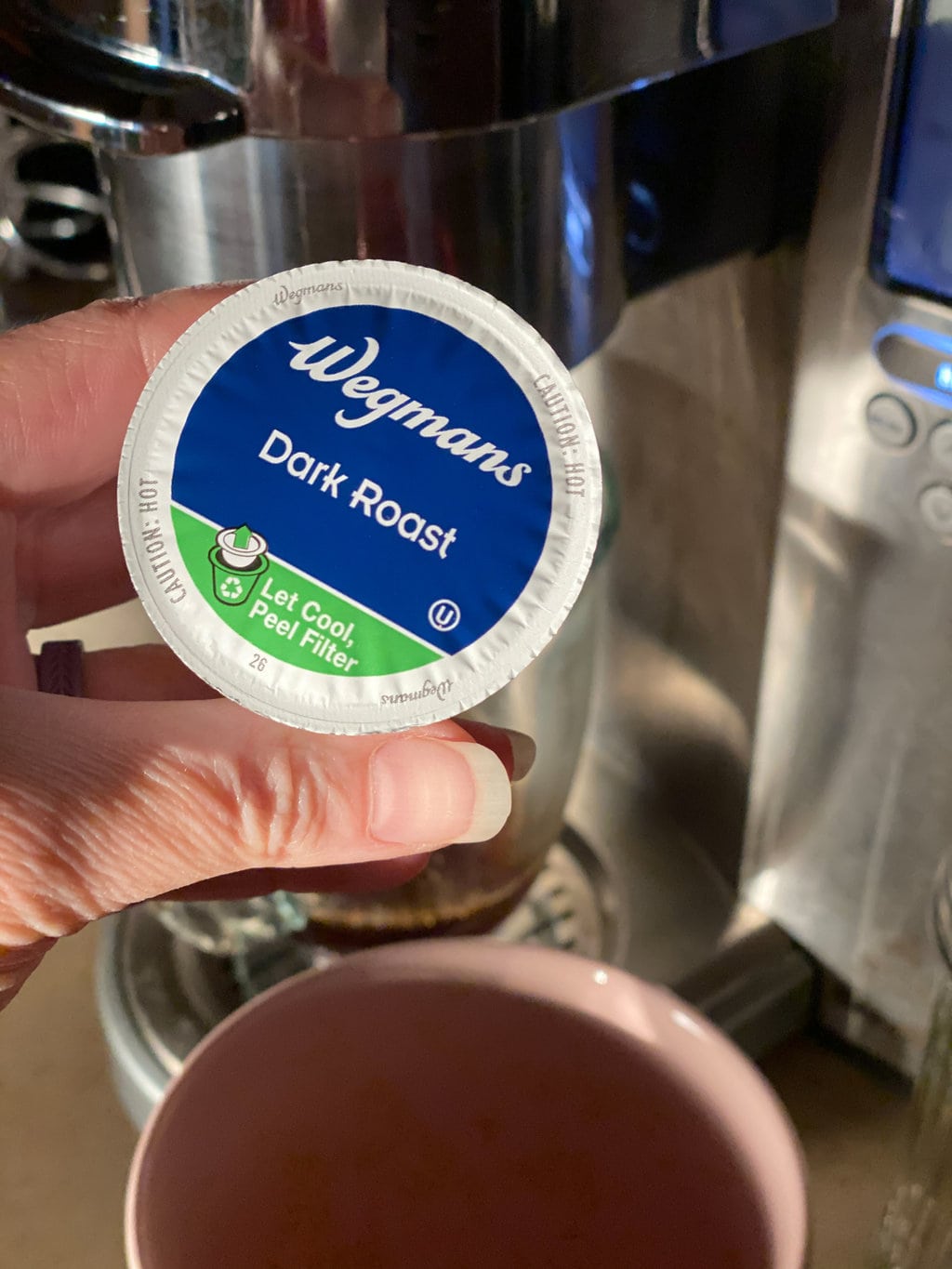 Does Dark Roast or Original have more Caffeine?

If you’re using Keurig K-Cups instead of scooping your own beans, this isn’t an issue you’ll have to worry about. The difference in caffeine levels between dark roast and original roast K-Cups is insignificant.

As it turns out, there’s not really a huge difference between the caffeine levels in Keurig dark and light roast coffee. If you like strong coffee, consider getting a Keurig with a “Strong” button to brew your coffee extra potent.

Ultimately, it makes more sense to pick a K-Cup you like based on taste rather than caffeine content. After all, who wants to drink bitter or sour coffee?

How To Get Hot Water From a Keurig: A Simple Guide

Baking Soda In Coffee: Stomach-Friendly And A Lot Less Bitter