The faraway continent in the southern hemisphere is well-known for its obsession with coffee. The caffeine ritual is so ingrained in the Australian culture that every conversation starts with “Wanna grab a coffee?” No matter whether it’s a good friend, a colleague, or a date.

With 20,000 cafes in Australia which are known for their high standards, good coffee is not hard to find. It is believed that the entire island of Manhattan has fewer really good coffee places than Canberra alone. And Canberra is not even the coffee capital of this continent.

What makes Australian coffee so unique? How is coffee drinking different in Australia to the US? And what is the most popular coffee choice?

We’ll tell you everything about this caffeine addict’s dream.

The Birth Of The Coffee Obsession

The beginning of the coffee history in Australia started in the wake of the Second World War when Italian immigrants started bringing coffee machines to Australia with them.

The Gaggia’s espresso machine revolutionized the coffee industry in the world since it started brewing a smoother and stronger beverage using pressure and creating a thick crema on top. As a result, the Australians weren’t drinking coffee, they were drinking espressos. From the start!

The coffee culture here is therefore rooted in quality rather than convenience and all the cafes in Australia were making espressos as early as the 1950s.

The newly opened coffee shops attracted Australian bohemians and together with inner-city rejuvenation and gentrification and the high standard of living in Australia, the coffee industry started booming. By the 2000s, numerous independently owned coffee shops developed a competitive scene. Way ahead of time than the rest of the world.

How Do Australians Drink Their Coffee?

Australian coffee is espresso-style, in contrast with the drip-style filter coffee that is typically consumed in the US. They make each drink individually to order and expect the customers to take a minute to enjoy it too.

The Australian coffee comes in smaller sizes, higher prices, and is much stronger than American coffee.

While Americans love the sugary extravagant coffee beverages such as Frappés or Macchiatos, Aussies keep it simple and prefer coffees such as long black or flat white. Latte and flat white are the most popular coffee choices in Australia.

The original Australian coffee drink, the flat white, has been trendy for years. And while Australians are very particular about the frothed milk in their flat white, could an average American tell how is it different from a latte or a cappuccino? Probably not. 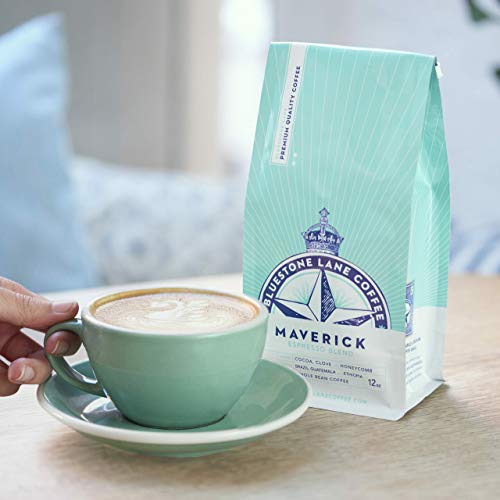 With 1.3 million coffees sold every day in Australia, the food industry brews around 1.26 billion cups a year, amounting to total coffee sales of more than $3 billion.

It is not the quantity but the quality and the coffee culture that makes it special. It is widely believed that Australia has the best coffee in the world. And it is the only country where the big coffee giants like Starbucks had to scale back their operations, simply because Australians won’t buy crappy, or even average, coffee.

Here, coffee is not only a way of getting your caffeine hit but a way of life. It is a part of your daily routine and important enough to walk for it further to your favorite cafe.

The high Australian coffee standards even impacted the biggest coffee chain that tried to set roots in Australia, the Starbucks. There is barely any Starbucks on this continent, and the company was forced to close many of its locations after being hit with $105 million in losses within the first seven years.

In 2008, more than 70% of its underperforming locations were closed, leaving only 23 Starbucks stores in the whole country. Australians prefer going to their own independent cafes to get their flat white.

Specialty Coffee At Its Finest

The Starbucks failure shows that Australians refuse to drink below average coffee. Used to drinking flat whites and espressos, Starbucks coffee simply didn’t fit the Aussie tastes. Failure of a coffee giant that sells 4 million coffee drinks per day across all of its locations is a strong statement of the Australian coffee culture. And their message towards Starbucks is clear: “Not interested.”

While there is an argument that the Australian coffee history is not as old the Italian one, the difference is that while Italian taste stays pretty static, the one Down Under develops and improves. It focuses on everything that is emphasized by the specialty coffee movement and the third wave coffee and places importance on every step of the coffee-making process, from the farmer to the barista. 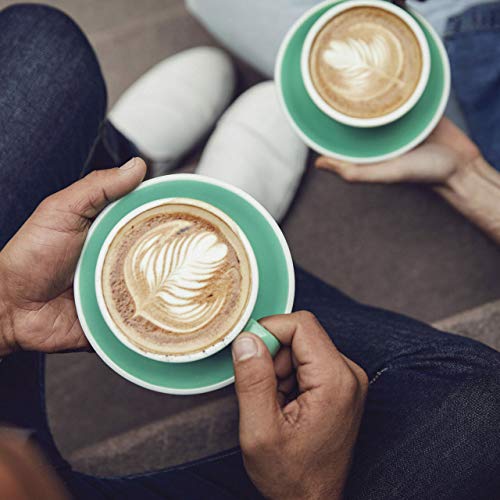 Melbourne: The Coffee Capital Of The World?

And with Melbourne being the biggest coffee hub in Australia, it is often labeled as the coffee capital of the world. In line with the specialty coffee culture, they focus on sourcing, roasting, and brewing the best coffee beans. Exploring different types of coffee, having a variety of single origins, and experimenting with different blends, temperatures, and roasts, the Melbourne coffee is not only about making a good flat white or espresso.

There are many other reasons for this Melbourne label. It is the home of the world’s best baristas and while latte art is more and more common all around the world, it is said that if a barista is not skilled at making latte art, they won’t last a month in Melbourne.

Given the fact that 63% of Melbournians go to a cafe to drink their daily fix, the cafe culture is a massive part of the whole vibe. And since 95% of the cafes are independently owned, there is a lot of space to make them individualistic and creative. And it is more than a race to find the best coffee in Melbourne.

The wide variety of cafes in Melbourne boasts of the most original decors. It is not uncommon to have a coffee shop set up in a warehouse, old shopfront, postmodern apartment blocks, station underpasses, or even shipping containers. The more original the better!

Because of the reasons listed above, Australian cafes have become models all over the globe. Nowadays, you can experience the true Australian coffee in most metropolitan cities including London, Paris, or New York.

The Bluestone Lane cafe in Brooklyn, New York has been established by Nick Stone, the Melbourne native, who moved to New York City in 2010 with a mission to enlighten American tastes with a premium coffee experience. 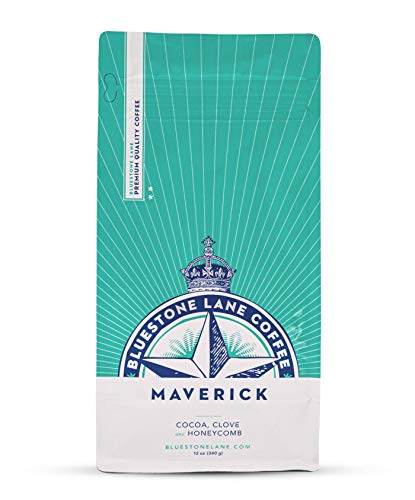 Bluestone Lane Ground Coffee, Maverick Blend, 12 Ounce Bag
Check Price on Amazon If you click this link and make a purchase, we earn a commission at no additional cost to you. Last Update: 2023-01-26

And it’s not only the culture. The Australian coffee tastes different too. Their roasts are smoother, brighter, and have caramel tasting notes. Compared to that, American coffee tastes dark and bitter. Bluestone Lane is dedicated to enlightening the American tastebuds and teaching them the true appreciation of a good espresso.

When buying the beans online, Bluestone Lane offers a choice of two signature blends. Flagstaff roast is ideal for pour-over and cold brew methods and has milk chocolate, almond, and vanilla tasting notes. While Maverick blend is best suited for espresso brewing and showcases cocoa, honeycomb, and clove overtones.

Making coffee an essential part of your daily life, as it is in Australia, sounds like every coffee enthusiast’s dream. Placing importance on quality, type of beans, roast, as well as taking your time to enjoy your cup in your favorite cafe is everything we’re all about.

Australians have truly nailed their approach to coffee and since they are now a model for cafes all around the world, we can enjoy this coffee experience too. Bluestone Lane took inspiration from the coffee capital of the world, Melbourne, and sells its signature beans online so you can recreate an authentic Aussie flat white or an espresso at home too.

Keen? We know we are!

How to Sweeten Cold Brew Coffee

Sun Brewed Coffee: How To Make Your Own