Maybe you have seen the term Dutch Coffee linked to odd, sciencey-looking contraptions at your local coffee shop. Or perhaps you’ve just seen the Dutch mentioned when we talk about how coffee arrived in other regions. Regardless of what has brought you to research Dutch coffee, we have you covered. 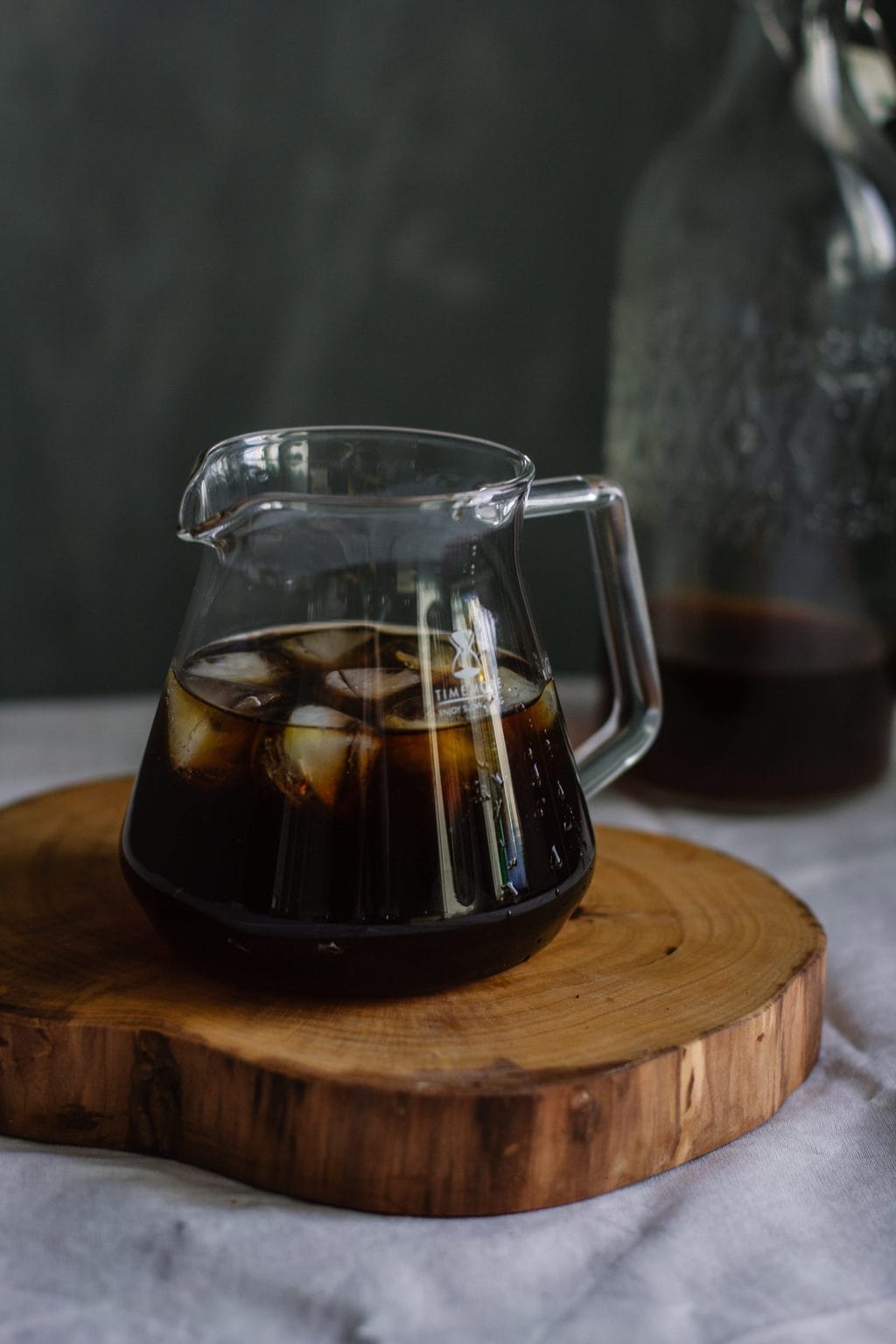 Read on to discover the Netherland’s influence on global coffee culture and the answer to what exactly is “Dutch Coffee.”

Before we talk about modern Dutch Coffee and culture, we have to discuss their legacy and impact on the coffee industry as a whole.

If you’ve ever taken a world history class, chances are you’ve heard of the Dutch East India Company(VOC) (or its English counterpart). As it turns out, the VOC had a pretty important hand in the spread of coffee from its birthplace in Yemen. While other countries couldn’t get passed the bans on exporting, the Dutch managed to get through and take the coveted plants to other regions.

One of the most notable places that saw the effects of Dutch influence was Indonesia. We’ve mentioned this dynamic before when talking about Sulawesi and Sumatran coffee. The archipelago, then known as the “Dutch Indies,” changed hands from the VOC to the Dutch government.

Thus began the horrific plantation-based cultivation system, fueled by the slavery, quota systems, and other human rights violations that come with Colonialism. Pre-existing crops and farming techniques were wiped out to make room for more profitable ones like coffee.

After centuries of poverty, abuses, and starvation, Indonesia was able to gain their independence around 1950. Since then conditions have largely improved.

However, Indonesia was not the extent of Dutch influence. Their coffee culture reached as far as Japan and Korea as well, and the resulting culture that developed around the drink there is what led to the creation of what is now referred to as “Dutch Coffee.” East Asia continues to be the primary region that utilizes the method we talk about here.

The origins of the method that constitutes “Dutch Coffee” are a little blurred. However, it is assumed that it developed some time in the 17th century in the Netherland. As Dutch colonialism progressed, it spread to Korea and Japan where the cold dripped coffee became increasingly popular. Here is where it gained the moniker “Dutch Coffee.” Now, it is also referred to as Kyoto coffee.

But what exactly is it? In brief, Dutch Coffee is a slow drip cold brewing method that involved dripping ice cold water onto a bed of grounds and slowly allowing extraction to take place. It makes for a smooth cup with a noticeable sweetness and a lack of bitterness and acidity. However, it still makes a rather. concentrated brew, so it is quite strong. Most opt to dilute it.

First off, let us start by explaining that there are two types of cold brewing: immersion and drip. Immersion brewing is typically what people think of when they hear cold brew. It involves putting coarse grounds in a container with cool or room temperature water. The steeping process takes anywhere from 14 to 20 hours.

The other way to make this coffee is with drip style cold brewing. This particular style is referred to by several different names, including Kyoto and–you guessed it– Dutch Coffee. Unlike with immersion brewing, this method involves ice cold water slowly dripping through a bed of grounds.

While this style involves much more fiddling than immersion brewing, it is often more efficient. So if you can get a hang of it, it only takes 3-4 hours to get that nice, smooth cold brew concentrate.

Here are a few cold brew coffee makers that can give you Dutch Coffee in the comfort of your own home. The prices tend to be a little steep, but they aren’t as expensive as some of our favorite espresso machines. So if this is your go-to coffee, it will eventually pay for itself, especially if you have been frequenting that specialty coffee shop. 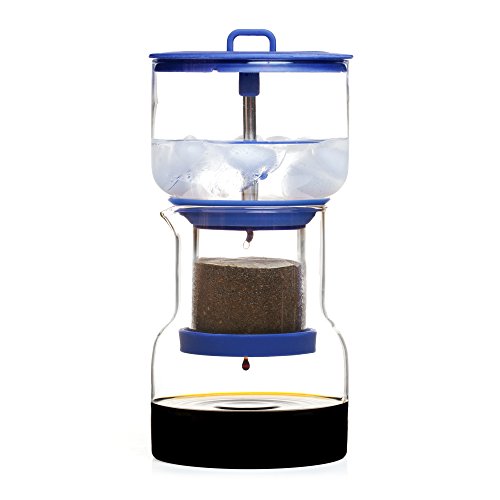 Cold Bruer Drip Coffee Maker B1,Blue
Check Price on Amazon If you click this link and make a purchase, we earn a commission at no additional cost to you. Last Update: 2023-01-26

First up, the Cold Bruer is technically our mid-range option, which should give you a pretty good idea of the price range we’re looking at for premade kit. This one can brew 20 fl oz in about 4 hours. It still  gives you control over the drip rate.

The Bruer is make with a glass pitcher and brew chamber alongside food-safe silicone and stainless steel components. The filter is stainless steel and reusable, but it can (and should) also be used with paper filters. 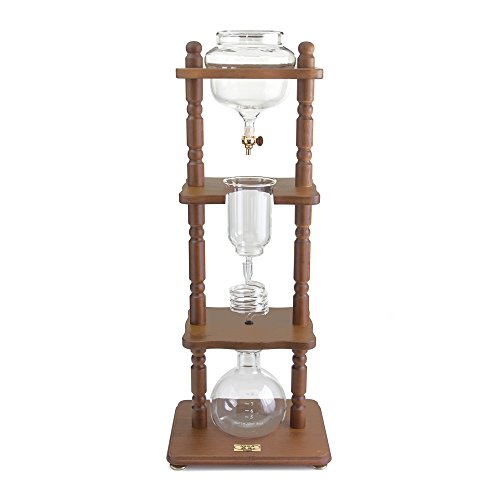 YAMA Glass YAMCDM8CBR, Brown Frame Cold Brew Drip Coffee Maker, 6-8 cup
Check Price on Amazon If you click this link and make a purchase, we earn a commission at no additional cost to you. Last Update: 2023-01-26

Our second Dutch brewer is the “bougie” option. This brewer takes from 3 to 4 hours to whip up your brew, with is as much as 20 hours less than an immersion brewer. The ice reservoir at the top is paired with a slow drip system, which makes for some seriously good coffee.

Because of the price point, you’ll spot this bad boy in more cafes than countertop. However, if you have the funds to splurge, the premium materials from borosilicate glass and real wood can add some serious quality and intrigue.

If you like the look but not the price, check out the Nispira coffee maker instead.

gosh! 10-Ounce Dripo Cold-Brew Coffee Maker, Clear
Check Price on Amazon If you click this link and make a purchase, we earn a commission at no additional cost to you. Last Update: 2023-01-26

Lastly, we have a more accessibly priced option for you. The gosh! dripo is pretty simple and easy to use. This one actually only takes between 1.5 and 2.5 hours, which is way faster than most other cold brewing devices.

The tool itself only weights about 1.2 pounds and makes 10 ounces. The plastic is BPA free, so you can rest easy both brewing and storing in this coffee maker.

Can you DIY it?

The short answer? Technically, yes. However, if you aren’t familiar with power tools or the product selection at your local hardware store, this project might be a little out of your depth. We’ve found a couple different DIY-er’s who have done it, so here they are in case you really want to try your hand at it.

Because the main reason people would try DIY-ing this tool is due to the price point, we’re going to start with a methods that seriously cuts costs. The trade off is that it looks pretty difficult and is definitely not your everyday weekender project.

The total cost of the project should run you at about $40 (more or less depending on what you have on hand and if you have to buy things in bulk). While that price might look appealing, if you don’t actually have the tools you need to do it, you could end up spending more than you would just buying the Yama.

The biggest pro of this option is that, assuming you have these tools, it does significantly cut costs. Plus, if you have the tools or access to them, either you or the person who owns them probably knows their way around them. So the project might be tedious but not impossible.

Additionally, we actually really like the look of the finished project as it has a different vibe from most other cold brew towers out there. However, if you don’t have the tools or a handy friend, you are probably going to want to pass on this one.

Next up, we’re coving the pricier but easier DIY. This one opts to use some Yama  and Hario glassware and simply build the tower around it. The result was a. roughly $150 project that mostly involves screwing together and cutting holes in pieces of wood, which is pretty manageable for most novice DIY-ers.

The original DIY-er used the Yama 8 Cup Bottom Beaker, Yama 8 Cup Top Beaker, Hario Middle Beaker, and Yama Brass Ball Valve. Though, you could attempt to cut costs by DIY-ing some or all of these parts like the first option we listed. In the end, with this DIY you will get something that looks pretty similar to your standard Yama cold drip tower.

Now, moving on from Dutch Coffee, we would like to introduce you to come Dutch Coffee culture because there is much more to it than cold dripper.

Before we jump into the reason we put quotation marks around the coffeeshops, let’s talk about how the Dutch are actually taking their coffee. To put it simply, they don’t care how you drink so long as you are. “Koffie” is prominent in the Netherlands, but they don’t have the same stick up theirs about when, how, and where to drink it as is the case in some other regions.

Overall, coffee culture tends to place a premium on the fast and easy options. Instant is on the rise, but there is also a specialty coffee scene for those who are interested. You may even be able to get your reap the benefits of a nice cold brew if you find the right shop.

But be careful, if you are looking for your specialty coffee fix, be wary of asking for a “coffee shop” because people might think you are asking for a different kind of fix. Marijuana law in the Netherlands are a bit different than they are in the state. It is illegal to sell but unpunishable by law.

In order to reap that benefit though, they can’t advertise their product, sell to anyone under 18, sell more than 5 grams. So they are set up as “coffeeshops” with vaguely but not overtly weed-related paraphernalia and imagery.

Dutch, Dutch, and Away

To keep things simple, what you’ve heard of as Dutch Coffee is an efficient cold brewing method that’s perfect for the warmer months if you can afford the kit (or just have a rad local coffee shop). However, if you are actually in the Netherlands asking for “Dutch Coffee” or a “coffeeshop” probably isn’t going to get you to the drink or location that you want.

Propane Espresso Machine: How To Choose The Right One

Coffee And Chest Pain: How Caffeine Is Affecting Your Body

Orange And Coffee: A Zesty And Caffeinated Combination