Cuban Coffee: A Rich Coffee with a Richer History

Tired of the coffee milkshakes? Want something that has the delightful bitterness of a rich espresso with just a hint of sweetness? Or maybe you just want something with a story behind it.

What if we told you that you could get all of those things with one kind of coffee? Believe it or not, you can. It’s called Cuban Coffee, and it might just be the drink you’re looking for. 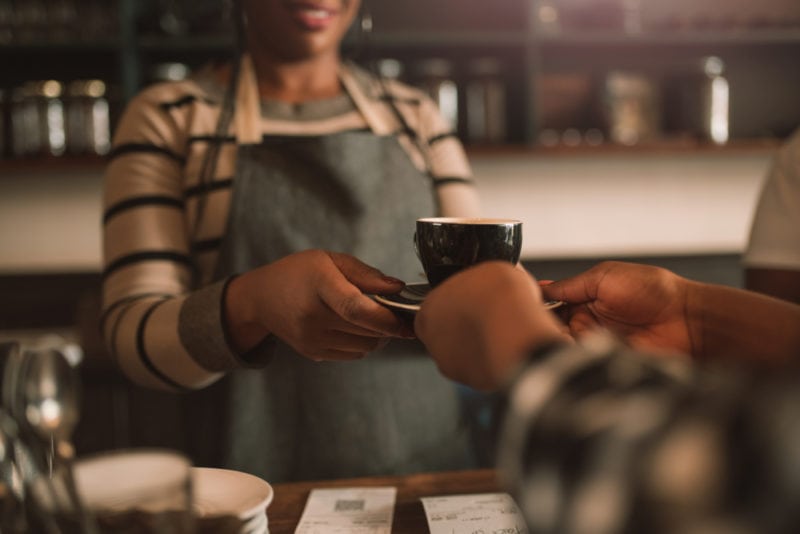 A Cup of History

Everything from the Cuban coffee‘s distinctly bitter taste to the iconic tacitas (demitasse cup) it is served in is linked to the country’s history. The small portions recall a long-fought battle with scarcity while the unique endurance of the drink touts the country’s tenacity and creativity.

After nationalizing the nation’s food supply in 1962, every Cuban was only allotted a meager four ounces of coffee each month. As a result, the citizens have preserved coffee culture by doing everything they can to stretch that allotment from throwing in some ground-up chickpeas to serving the coffee in tiny cups.

Thus, the iconic Cuban coffee has emerged as a symbol of that nation’s endurance.

With the arrival of French colonists at the end of the 18th century, Jose Antonio Gelabert brought with him–you guessed it–coffee. With these colonists came both the newfound coffee industry and brewing technology.

By the 19th and 20th century, the Cuban Coffee industry was booming, exporting more coffee to Spain than any other nation. As a result, coffee became integrated into every element of Cuban life, from the economy to their culture and even national identity. Even with the institution of the stingy allotments and several brutal hits to their coffee shop culture throughout history, the tradition of coffee has survived.

The Cuban Coffee industry plummeted in 2007; however, since then it has begun to recover and is showing signs of positive growth. Now, new independently owned coffee shops are popping up around the nation. With these new developments comes the reminiscent hope of a renewed prosperity Cuban coffee culture.

This site even as a list of some popular ventanitas that you can grab a cup from in Miami if you’re ever in town.

Also referred to as Cafecito or Cafe Cubano, Cuban Coffee is created by sweetening a shot of espresso with demerara sugar during the brewing process. However, there are several different variations of the brew that may still be called Cuban Coffee.

The variant that we are discussing is made by adding the sugar to the container that the. shot is pulled into. This allows the two ingredients to mix, creating a smooth brew.

The heated sugar, along with the unique grounds create a special taste that is dominantly bitter with a hint of sweetness. So if you’re looking for something stronger than the Americano you’re sipping on, this might be the brew for you.

Cuban Coffee doesn’t have a crema in the traditional sense. However, it does have what is referred to as espuma or espumita. This light-brown foam is created by whipping a small amount of sugar and espresso. This foamy cap sits atop the rest of the espresso shot, mimicking the crema of traditional espresso.

Rather than having the slightly acidic aftertaste of regular crema, espuma has a sweeter taste, thanks to the sugar.

How to Make it

If you want to try out Cuban Coffee but won’t be traveling to Cuba or Florida anytime soon, here’s how to make it at home:

Add water to the moka pot (or your espresso maker of choice).

For a moka pot, you will need to fill the bottom chamber with water. There needs to be enough to reach the safety release valve.

Add Cuban Coffee to the filter.

We recommend using Cafe Bustelo if you want to go the pre-ground route or Pilon Gourmet Whole Beans if you prefer to grind them yourself.

Either way, you’ll need to fill the filter to the top using a scoop or spoon. Then end out the top with your finger, but DO NOT pack in the grounds.

You’ll need to place your filled filter into the bottom chamber of the. pot and attach the co election chamber, ensure that it is securely screwed on.

Put the moka pot on the stove over medium heat. If you put it on hight, you run the risk of ruining your brew and making it bland.

While your coffee is brewing, get out the demitasse cups and spoon about 1 tsp of sugar into each one. This is the sugar you will use to create the espuma.

After the brewing process has finished, pour about 1 tsp of coffee into a cup with sugar in it. Stir quickly until it. creates a thick, slightly frothy foam. Repeat this process for however many cups you intend to serve.

After you’ve finished with your espuma, fill the rest of the cup with more coffee and serve it up while it’s hot.

Like we mentioned before, there are a few other drinks that may also be referred to as “Cuban Coffee.” Here are a few of them and what separates them from the drink we’ve been describing.

If you’re wanting to enjoy your cafecito with company, this is the choice for you. It’s simply a larger serving of the drink that comes with a few small cups for sharing.

You have probably come across this name one if you’ve been traipsing through your local coffee shops. However, some places this is the name used to describe Cafe Cubano that is served with a separate cup of steamed milk on the side. You simply pour in the milk and enjoy the beverage.

This one is made almost exactly the same way as cafecito, except it has several tablespoons of steamed milk mixed into it. So if the traditional Cuban drink sounds a bit too intense for you, this creamier alternative might suit you. It is similar to a cortado, just smaller.

So whether you’re in the mood for a culturally significant cup of Joe or just want to add something new to your at-home coffee routine, Cuban Coffee might be the right brew for you!

What’s the Difference Between Espresso vs. Coffee?

18 Best Iced Drinks at Dunkin’ Donuts That You Must Try Now!