You decided to check out that new coffee shop that opened up in your neighborhood and saw some never-before-seen items on their menu. What the heck is a Gibraltar, besides a British territory on the south coast of Spain?

Since you didn’t want to look like an inexperienced coffee noob to the barista, you decided to go home and do a Google search for the answers. Now that you’re here, let’s talk about the differences between a Gibraltar and a Cortado.

What Is a Gibraltar? 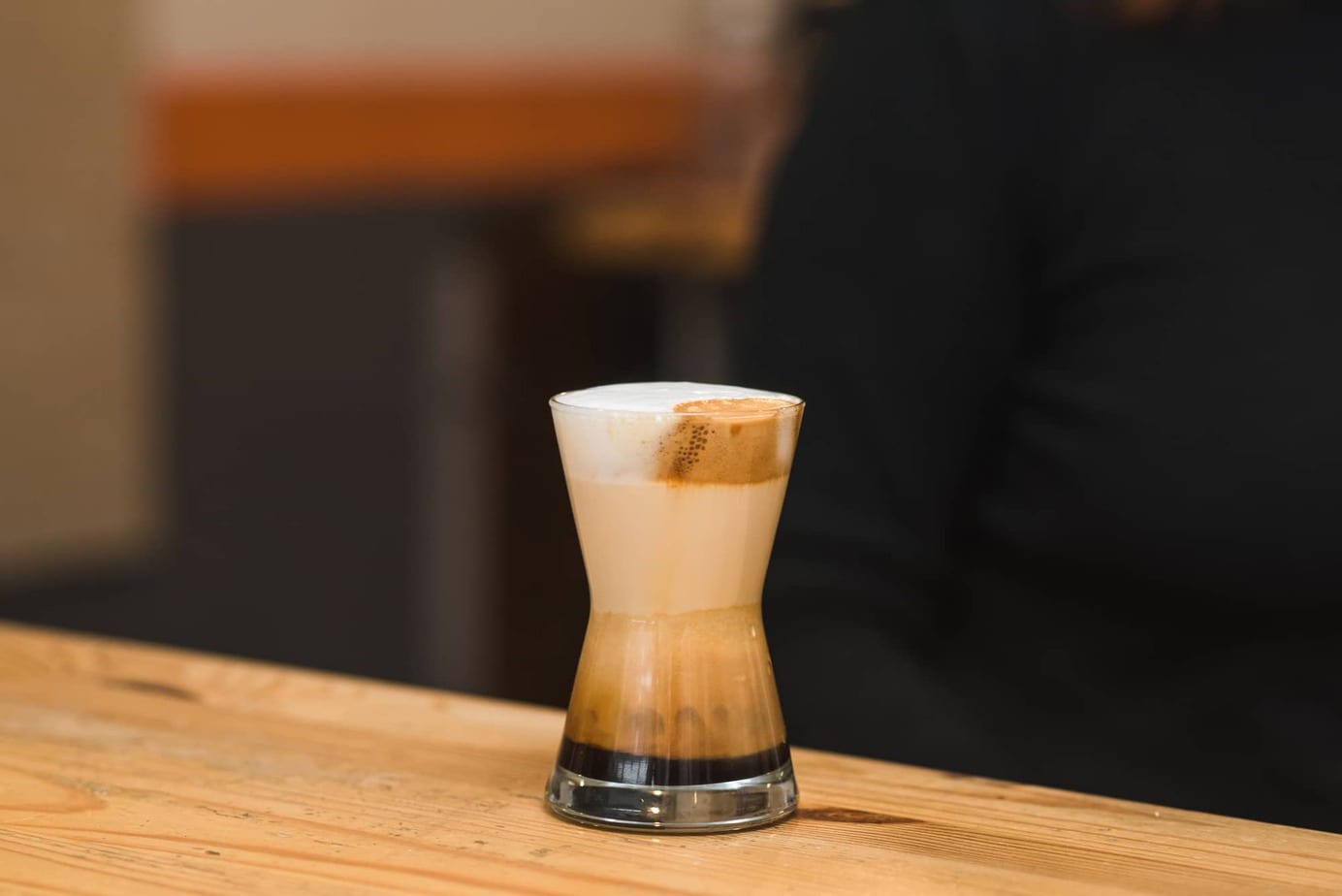 The  Gibraltar coffee drink is a double shot of espresso with steamed milk. The drink gets its name from the glass it’s served in; a Libbey Gibraltar rock glass. The Gibraltar glass holds 4.5 ounces of liquid. For comparison, a traditional coffee mug has a 4.75-ounce capacity.

The owner of the Blue Bottle Coffee Company created the Gibraltar in 2005. The owner discovered the drink due to experiments with the different ways of making his robust coffee and serving it.

The Gibraltar drink made big waves with coffee junkies in San Francisco, and it wasn’t long before other coffee shops in different states started serving it.

What Is a Cortado? 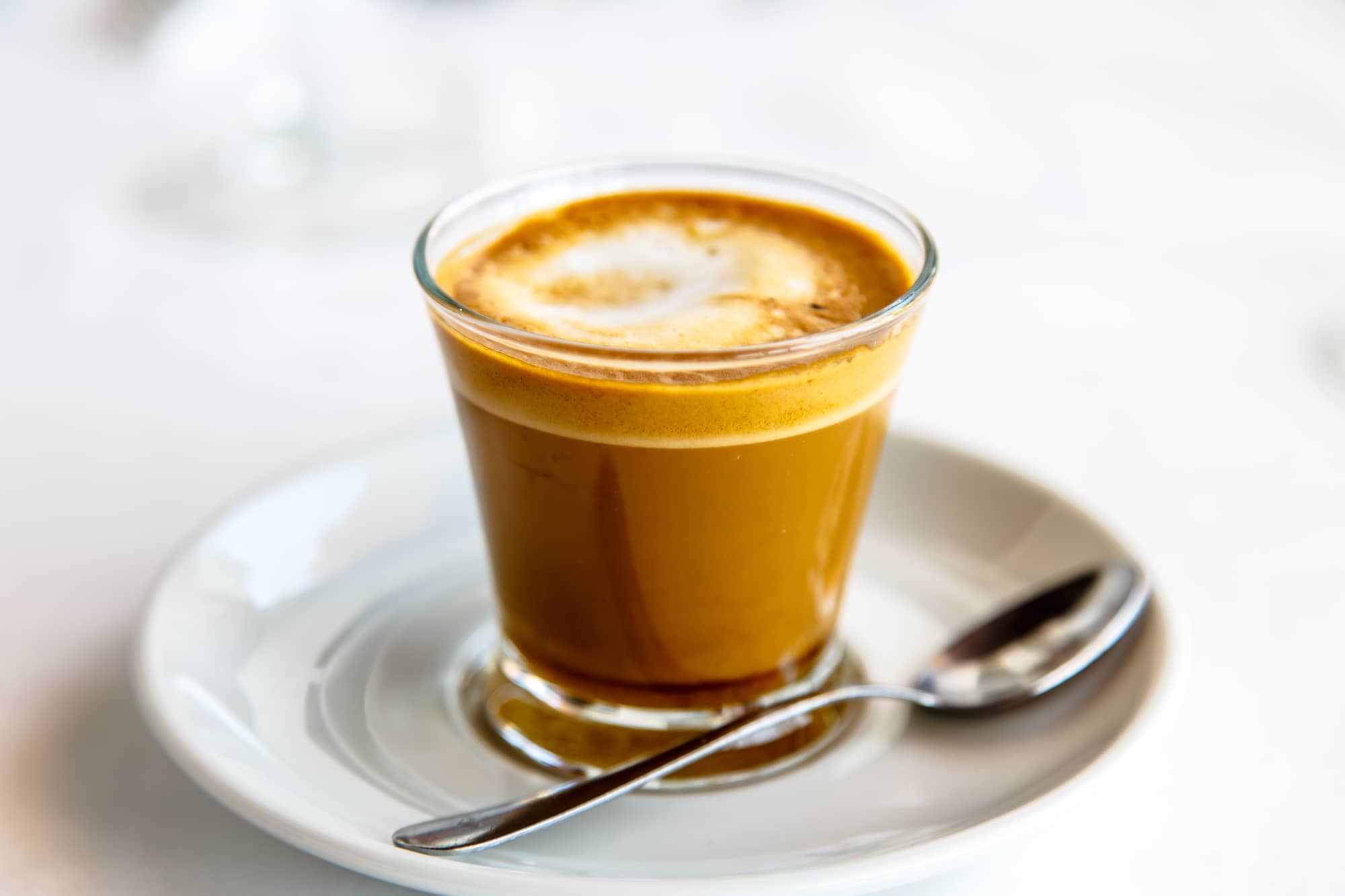 A  Cortado is a small hot coffee drink. This drink is made using equal parts espresso and milk. Cortado comes from the word cortar in Spanish, which means “to cut.” The milk used in this drink reduces the acidity of the espresso – hence the name.

Similar to the Gibraltar, the glassware for a Cortado is specific to the drink. When you try Cortados at different coffee shops, one of the things that you’ll notice is that most will only serve a Cortado in a predetermined cup size of 4.5 ounces.

Since the Cortado is a Spanish coffee drink (from Spain), one of its distinctive characteristics is the lack of foam. Lack of foam is a feature common to most Spanish drinks, allowing the milk to cut through the espresso to blend as smoothly as possible.

There is one big difference between the Gibraltar and the Cortado, and that is the glass style the barista serves you the drink in. Mainstream coffee houses serve the Cortado in a 4.5-ounce glass cup, and they serve the Gibraltar in a 4.5 rock glass.

Another subtle difference between these two beverages is the different amounts of coffee and milk used in each coffee recipe. When making a Cortado, you use a ratio of 1:1, meaning equal parts warm milk to espresso. The Gibraltar is made using a double shot of espresso and adding one to two ounces of steamed milk.

Both the Cortado and the Gibraltar are similar espresso drinks. Neither of these drinks comes with milk foam, so you won’t be getting any impressive artwork designs when you order these at a coffee shop. If you’re not a foam lover, you’ll love either of these coffee drinks, and you won’t have to worry about getting a foam mustache!

Another similarity is that coffee shops serve both beverages in cups made from glass. Traditional cappuccino mugs are made from materials that will keep your drink from cooling down too quickly. When you’re served a hot drink in a glass cup, your drink will cool down a lot faster. The upside to this is that the drinks are smaller, so you’re probably not going to sip on it as long as you would a cappuccino.

The Cortado and the Gibraltar are similar espresso-based drinks. Which one you choose will depend on your personal coffee preferences.

If you prefer your drink with more espresso and less milk content, you should select a Gibraltar. If you are looking for a drink where the milk and espresso are balanced, you’re probably going to go for a Cortado.

If the amount of milk isn’t a big deal for you, then your decision to choose whether to order a Cortado or a Gibraltar may come down to your preference for glassware. If you see one, but not the other on the menu at a coffee shop, don’t worry, you’ll get what you’re looking for; you’ll just get it in the cup the shop has chosen to provide it in.

Since the main ingredients are the same, coffee shops use “Cortado” and “Gibraltar” to refer to the same drink. If you have a particular preference for equal parts milk and espresso, then you may want to ask how the coffee bar makes it when you order, just to be on the safe side. Enjoy your cup of coffee, whichever style you choose!

Can You Use Evaporated Milk In Coffee?

Coffee Aroma – Why Is It Such a Delicious Experience?