The Irish cream cold brew has held a spot on the Starbucks winter menu since 2019, and though ordering it from your barista is simple, making it at home isn’t difficult, either. All you need is a fresh batch of cold brew, Irish cream syrup, powdered sugar, and a bottle of your favorite creamer; in minutes, you’ll have created your own version of the drink.

Even though the winter is traditionally hot coffee season, plenty of people want to have iced coffee year-round. For those folks, we recommend something that can meet their chilled coffee needs while boasting a cozy and comforting flavor, like the Irish cream cold brew.

Inspiration for our Irish cream cold brew recipe came from the Starbucks beverage of the same name, and it’s the perfect drink for anyone who wants to enjoy smooth coffee and the sweet flavors of vanilla and chocolate. 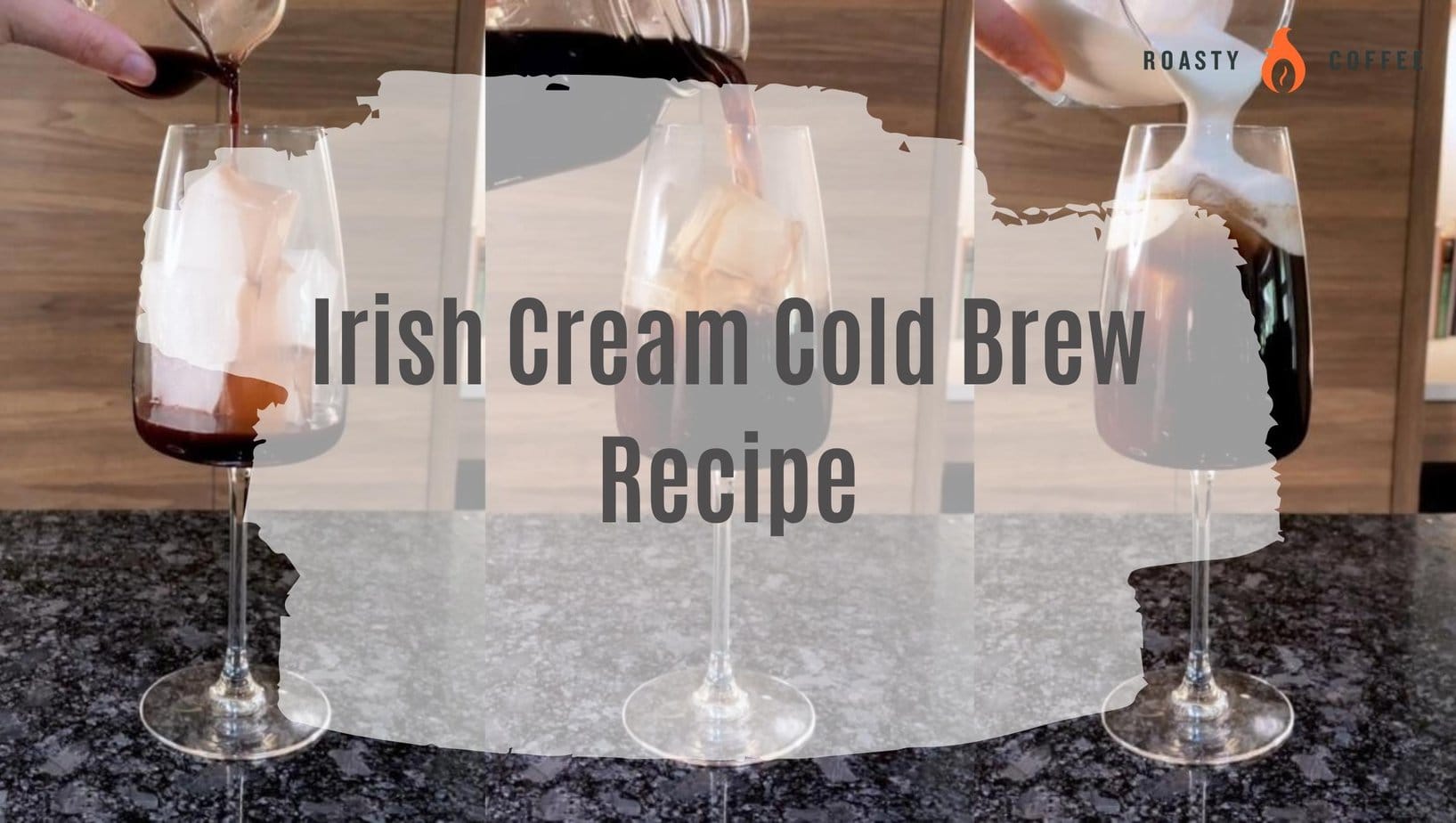 What is Irish cream, and what does it taste like?

Irish cream is a blend of Irish whiskey, cream, and flavors like cocoa and vanilla. It can serve as a base for dozens of cocktails (it makes some pretty mean holiday drinks if you’re looking for ways to make the season a little merrier), but it’s not uncommon for people to sip it straight. It has a distinct flavor, thanks to the hint of chocolate and vanilla that make it sweet and the Irish whiskey that provides subtle fruitiness.

Even though whiskey is one of Irish cream’s key ingredients, Irish cream-flavored drinks aren’t always alcoholic. Take Starbucks Coffee’s Irish cream cold brew, for instance. The cold coffee drink has all the creamy sweetness traditionally associated with Irish cream but none of the alcohol. Besides, the tasty drink contains plenty of cold-brew coffee; if you ask us, anything with java is automatically worth trying.

And speaking of Starbucks’s Irish cream cold brew, it’s time for us to teach you how to make a homemade version!

But First, A Little About the Coffee Beans

Besides Irish cream syrup, cream, and powdered sugar, you’ll need cold brew concentrate — you can’t have a cold brew recipe without it, can you? Having the right beans is the first step to satisfying cold brew, and fortunately for you, we compiled a list of what we’ve deemed the best coffee beans for cold brew.

We used coarse coffee grounds from our friends at Atlas Coffee Club to make the joe for our rendition of this iced coffee drink. Atlas is a coffee subscription service best suited for more adventurous coffee drinkers, as it sends you a batch of new beans to try every month. There’s even a subscription option geared toward making cold brew, so if you’re a fan of trying out different beans and frequently brew batches of the typically chilled coffee, Atlas might be worth considering. 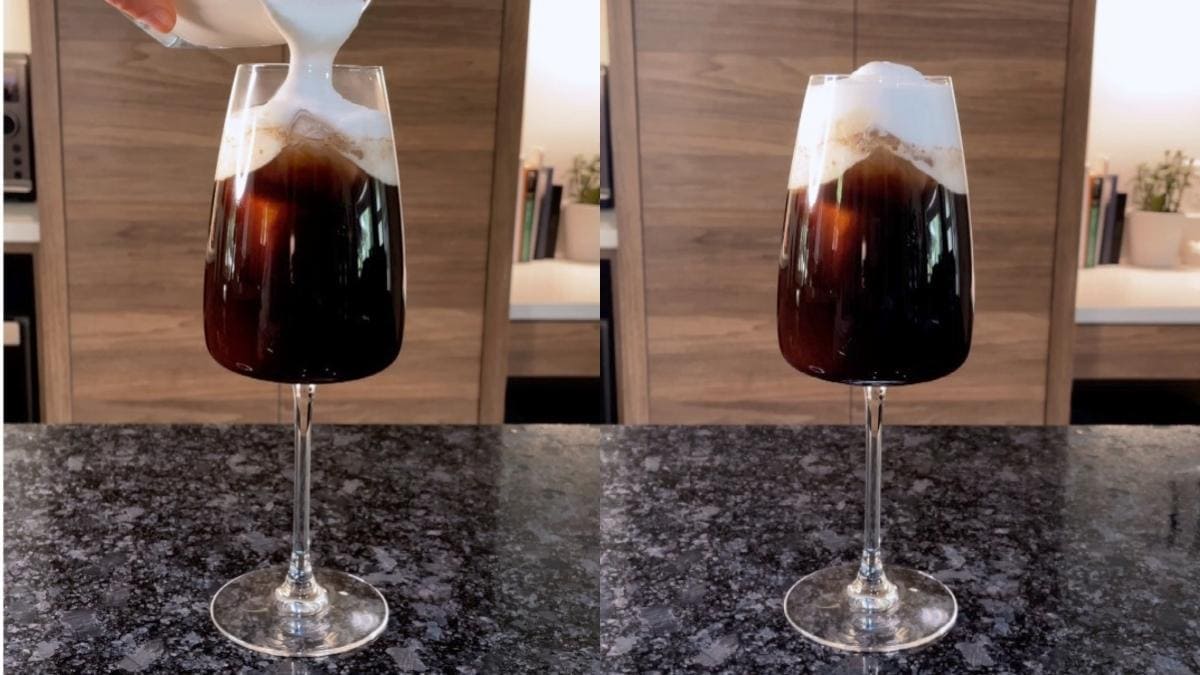 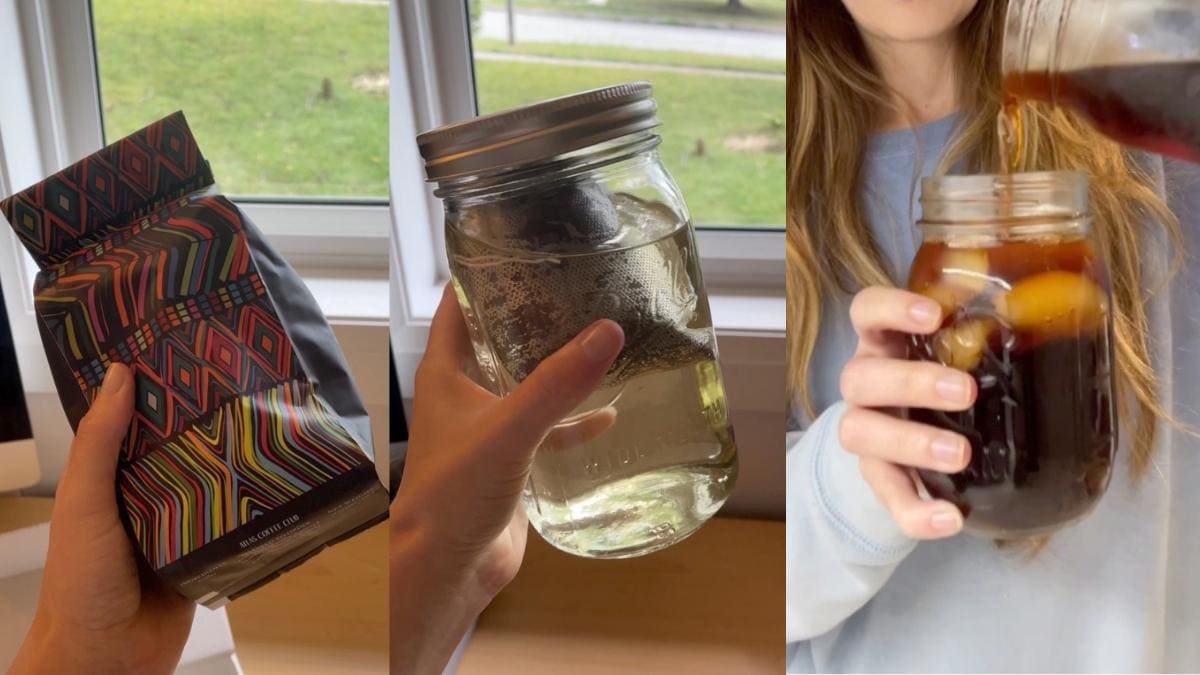 As with any cold brew coffee drink recipe, the first step here is to brew some of the chilled joe. You’ll need to pull out your cold brew maker the night before you plan to make this copycat Starbucks drink so the coarse coffee grounds can steep in room temperature or cold water for at least 12 hours. 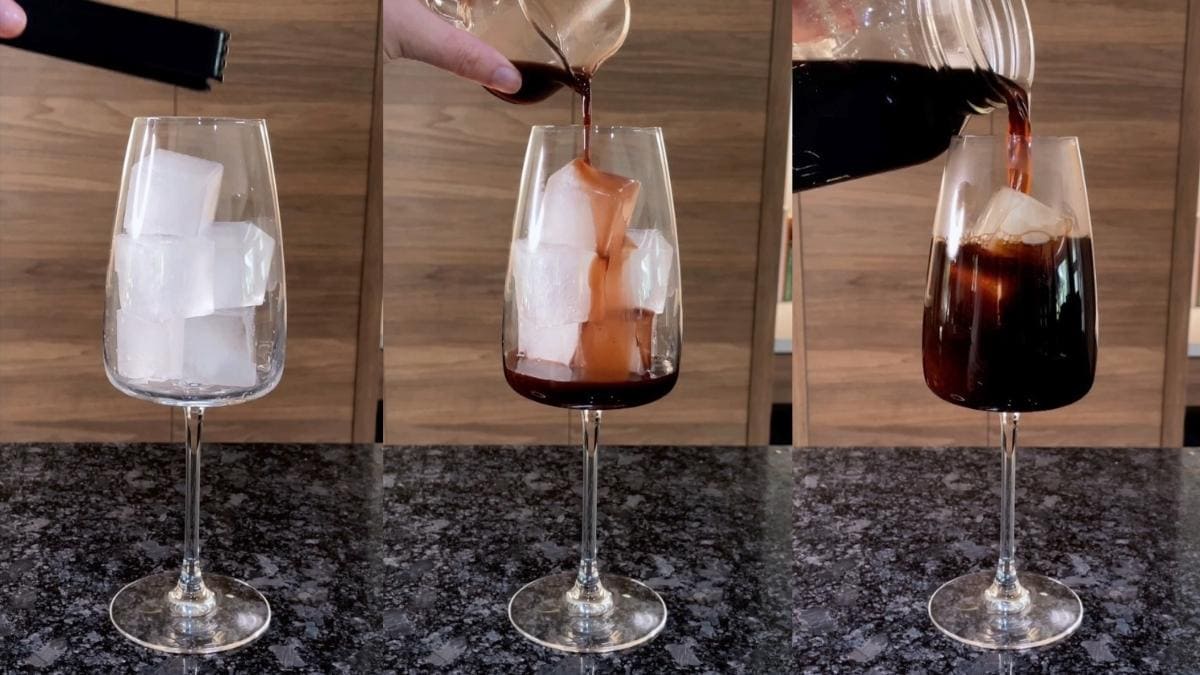 After the joe has steeped for a few hours, the coarsely-ground coffee is filtered out, and you have diluted the cold brew coffee concentrate with water (this step is optional but recommended), pour some of it into a glass with ice cubes. Then, add Irish cream syrup and stir until the two are well mixed.

Set the cold-brewed coffee aside and grab your handheld milk frother; it’s time to make the cold foam. In a frothing pitcher or small cup, combine whipping cream (or thick coffee creamer) with powdered sugar and froth until the mixture is fluffy. 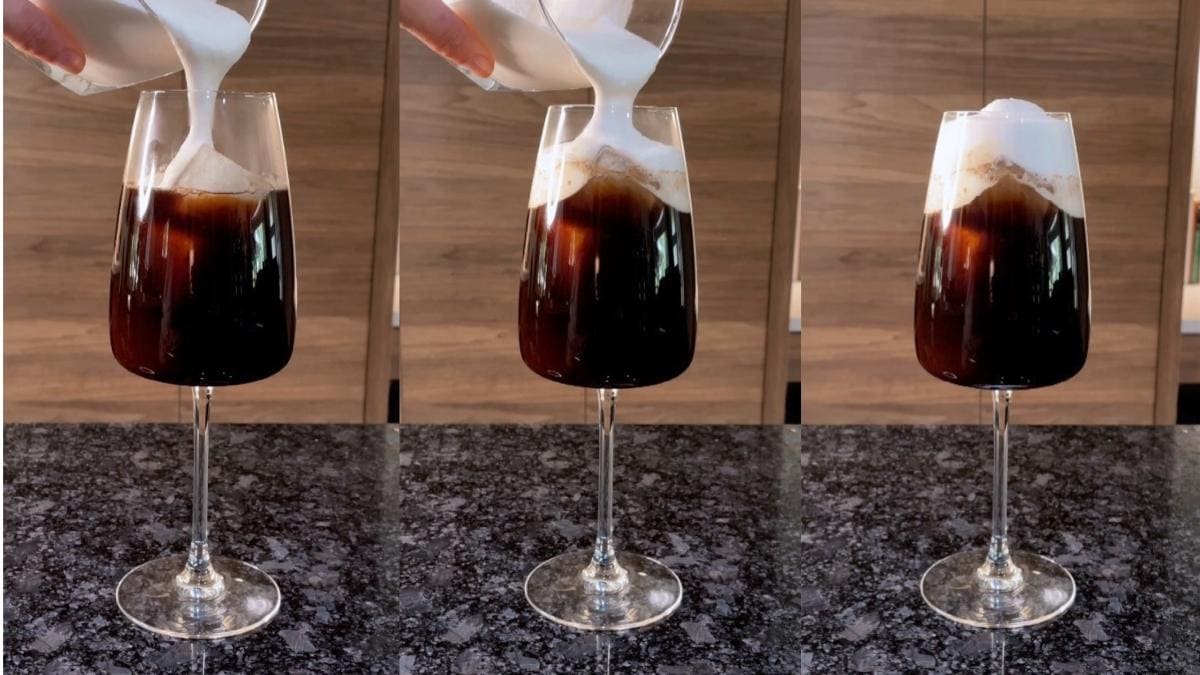 Top the flavor-infused cold brew with the sugary cream, and ta-da! — you’re all done. Garnish with a dusting of cocoa powder if you think the drink needs a little something extra.

What is Irish cream syrup made of?

You might struggle to find Irish cream syrup in stores, but don’t take that as a sign to forego making the copycat Starbucks drink at home. Try making your own instead! It’s super-easy to do.

The first step of making Irish cream-flavored simple syrup is pouring equal parts of water and sugar into a saucepan and letting the mixture warm on medium heat, stirring it occasionally until the sugar dissolves.

When the sugar water starts boiling, remove the pot from heat. Then, add almond and vanilla extracts and a dash of cocoa powder (half a tablespoon, to be exact). Stir until all the ingredients are well combined, being careful not to let any of the hot, sticky syrup splash on you.

Let your homemade Irish cream coffee syrup cool for a few minutes before pouring it into a lidded glass container, like a mason jar or bottle, and let it cool before using it.

How much caffeine is in Irish cream cold brew?

A grande (16-ounce) serving of this cold brew drink from Starbucks contains 185 milligrams of caffeine. That’s almost half of the daily recommended caffeine intake* for a healthy adult!

The Irish cream cold brew you order from Starbucks contains no alcohol. However, whether or not your homemade version gets a grown-up twist is up to you.

If you want to transform the regular coffee drink into a cocktail, try adding a splash of Irish whiskey or Baileys Irish cream liqueur into your cup.

You might have noticed that, in March 2022, your beloved Irish cream cold brew was no longer available at Starbucks. Was it discontinued? What gives?

Don’t panic yet. The Irish cream cold brew is a seasonal favorite, so if you’re determined to enjoy Starbucks’s version of this cup of coffee, make a trip to one of the franchise’s locations during the winter months, usually from December to February.

Whether or not this beverage will return to the coffee shop this year is still unknown; as of the time of writing, Starbucks has yet to announce its winter holiday menu. But our fingers are crossed that Starbucks Irish cream cold brew fans get to enjoy it for at least one more year.

Take a Crack at This Cold Brew Coffee Recipe

If the international coffee franchise’s wintertime treat is one of your favorite drinks, we’re sure you’ll be just as pleased with the DIY Starbucks Irish cream cold brew. Even better is that making this dose of flavorful coffee at home means you can enjoy it whenever you want, not just during the winter. So, what are you waiting for? Pull out the cold brew, Irish cream syrup, powdered sugar, and heavy whipping cream, and get to it!