Coffee is the second largest commodity in the world today. Topped only by oil and followed by natural gas and gold. Also, 400 billion cups of coffee are consumed every year. From these facts, it is clear how much we value this magical bean.

The coffee plant has a long history and it went through a real journey around the world until it made its way into your morning cup.

What were the thoughts of people who encountered it first? How did it make its way to America? And was it ever banned?

Make yourself a cup of coffee and embark on a trip around the world to discover its history.

Origin Of the Magic Bean

The coffee origin has an interesting back story. The first mention of coffee plants dates as far as 850AD, so more than 1000 years ago. The most famous legend says that it was discovered in Ethiopia by a goat herder Kaldi. This is where the history of coffee starts.

One day, Kaldi noticed that his goats were acting unusually energized. He noticed that this behavior occurred after they’ve eaten a certain type of red cherries. Some versions of the legend say that the goats were dancing, but we are not sure we believe that.

The goat herder decided to try them and found the effect very stimulating too. The red berries in question were, of course, a coffee cherry plant. Kaldi brought the cherries to the local monastery to seek advice.

According to the story, the monk got angry, called the coffee cherry “Devil’s work!” and threw it into the fire. Soon the aroma of the first roasted coffee spread and the intrigued monks tried to preserve the beans in hot water.

This is how the first brewed coffee was created. As with the majority of other important discoveries, by an accident. Monks quickly became fans of this beverage since it allowed them to stay awake and pray for longer. 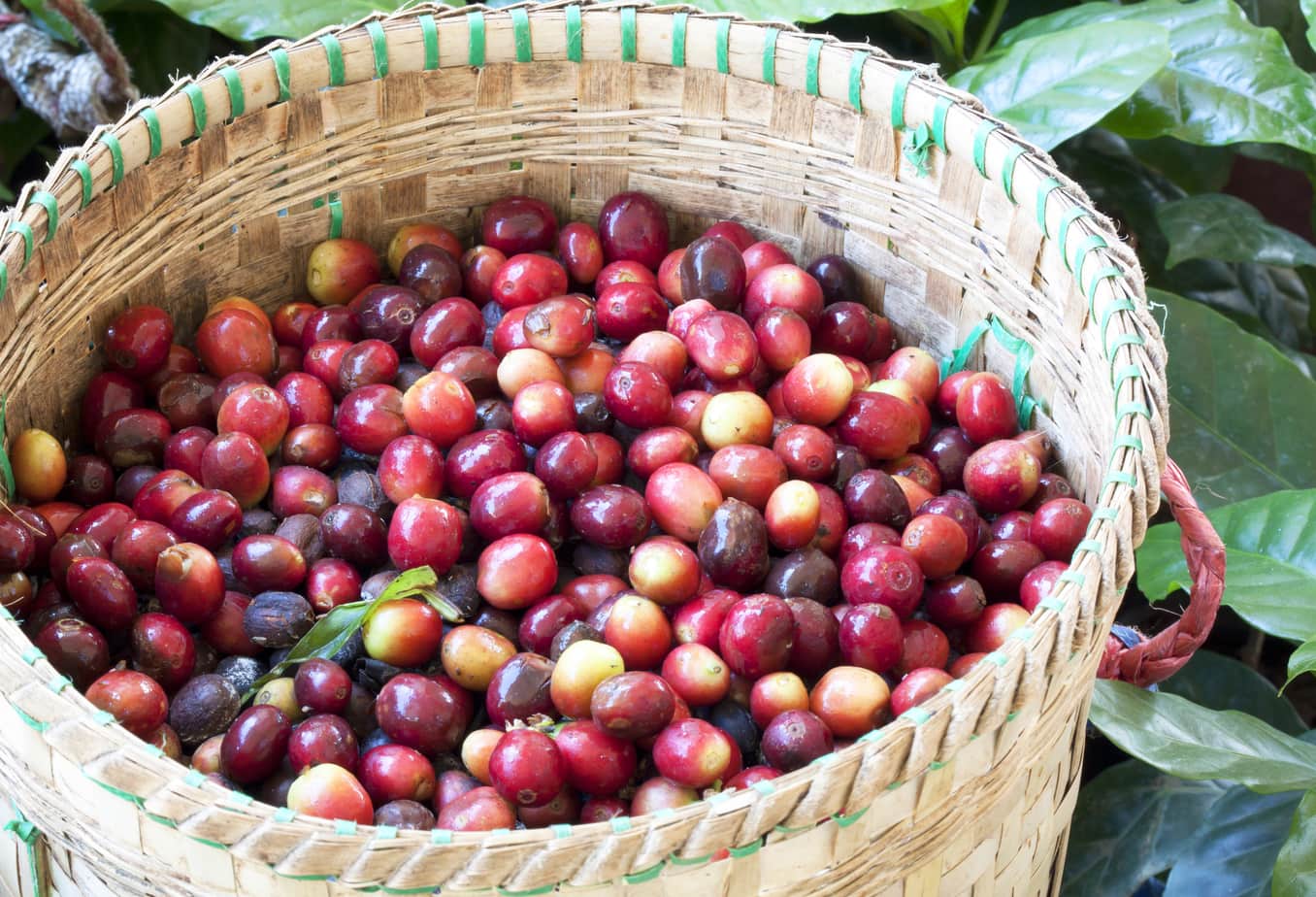 Spread Into the Middle East

The Ethiopian tale varies from version to version but then they all agree on continuing the spread across the Red Sea into Yemen and the Middle East in the 15th century. The first point where the coffee was spread was Mocha, which is where the association with the name and this coffee beverage originated.

From Yemen, coffee spread throughout the Arabian Peninsula into Egypt, Persia, and Turkey and was gradually rising in popularity together with establishing the first coffee houses known as “Schools of the Wise” which were the epicenter of social activity at the time.

Coffee soon became known as the “wine of Araby” and in the early 1500s the court in Mecca ended up forbidding it altogether. This was followed by strikes against this decision and the bean ban was soon lifted.

Another famous coffee legend tells of the Sufi saint Baba Budan on pilgrimage to Mecca in 1670 who smuggled the coffee beans to India. From there, the large scale coffee farming started in the South of India. Baba Budan’s story or a name is still used by cafes around the world as a symbol for the rebellious spirit and the devotion to coffee, so much that he smuggled it from Yemen.

It wasn’t until the next century that European countries started catching up and became interested in coffee too. In the late 1600s, Dutch smuggled the coffee beans from Yemen and tried to grow them back in the Netherlands. This was, of course, a failed attempt since the conditions for the coffee plant here were far too cold. However, in the 17th century, Dutch still tried to preserve some in greenhouses.

The coffee was first brought to Venice in 1570 and because of its stimulating effects, it was first thought that the drink must be satanic. The Italians even called for papal help. Pope Clement VIII inspected the beverage in 1615 and since he became a fan himself, he gave the new drink his blessing of approval.

In the 17th century, coffee was gradually spreading into France, Germany as well as Austria. In Austria, the coffee came in after the Battle of Vienna in 1683 when the country was invaded by the Ottoman Empire, and after, they left their Turkish coffee supplies behind. The drink was discovered and the idea of adding milk and sugar got popularized here.

As the coffee spread in England, similarly to what happened in the Middle East earlier, the first coffee houses opened and became the centers of social life. These were famously called “Penny Universities” where, for a penny, you could purchase a coffee and engage in an intellectual conversation.

These were so popular that women complained that their men only spend time either drinking alcohol or coffee. The situation went so far that in 1674, there was a “Women’s Petition Against Coffee” to bring men home.

While coffee popularity was rising in Europe, the effort to grow and harvest it was proving unsuccessful. Finally, in 1704 there was a success in Indonesia as the ideal coffee growing conditions were discovered there. This is when the Java coffee was established and then it spread further into Sumatra and Celebres and started coffee cultivation in this part of the world.

Coffee In America As a Symbol of Patriotism

As the obsession with coffee grew in Europe, it was time to bring it across the Atlantic too. The deed was done by the captain of the French Navy Gabriel Mathieu de Clieu who, according to the legend, stole the beans from king Louis’s XIV private garden and set sail for the Caribbean in the early 18th century.

At the time, he didn’t know that he is bringing the coffee to the area where it would be met with the greatest success, to Central America. In 1730 coffee made its way to Jamaica and started being grown and harvested in the Blue Mountains.

The coffee was popularized by the event called “Boston Tea Party” in the 18th century where Americans threw the English tea into the sea to protest against the English taxes. From then on, tea became very unpatriotic and was therefore replaced by coffee.

Coffee houses played an important part in the 18th century New York and the Tontine Coffee House was the first home of the New York Stock Exchange. The coffee house was filled with merchants of every kind, politicians, and brokers bidding, purchasing and insuring absorbed in commerce.

Thomas Jefferson called coffee “the favorite drink of the civilized world” and America never looked back since. Now, the United States is the leading importer of coffee in the world.

Coffee production in Brazil is huge and today, there is more coffee grown in this South American country than anywhere else in the world. It was brought and planted here first by Colonel Francisco de Melo Palheta and caused a coffee boom in 1822. Indeed from 1852, Brazil became the largest producer of coffee in the world and remains on the top until today.

In 1893 the new coffee plantations were spread beyond South and Central America to Kenya and Tanzania. From then on, most of the main coffee regions were established and started harvesting their coffee plants. By the end of the 19th century, coffee became a global phenomenon.

The Age of Coffee Inventions

As the coffee’s popularity kept rising, various inventions started popping up to explore and improve the brewing. At the end of the 19th century, the first percolator and the first coffee roaster were introduced. Then, in 1901, the first espresso machine was discovered in Italy by Luigi Bezzera.

This wasn’t enough. The coffee from the first espresso machine was very bitter until the innovation by Achille Gaggia who used piston extract and even higher pressure.

In 1908, the drip coffee was being experimented with and first brewed by German Melitta Bentz who used the first paper filter from her son’s school papers.

Further, because of the surplus and waste coming from massive production of beans in Brazil, in the 1900s Nestle came with an idea of making instant coffee.

In the US, when the prohibition was declared in the 1920s, and the alcohol was banned, the coffee consumption went through the roof. Finally, in 1929, the coffee was declared beneficial by Science Newsletter and with the knowledge that the beverage was not only delicious but also healthy, the caffeine obsession around the world was sealed. 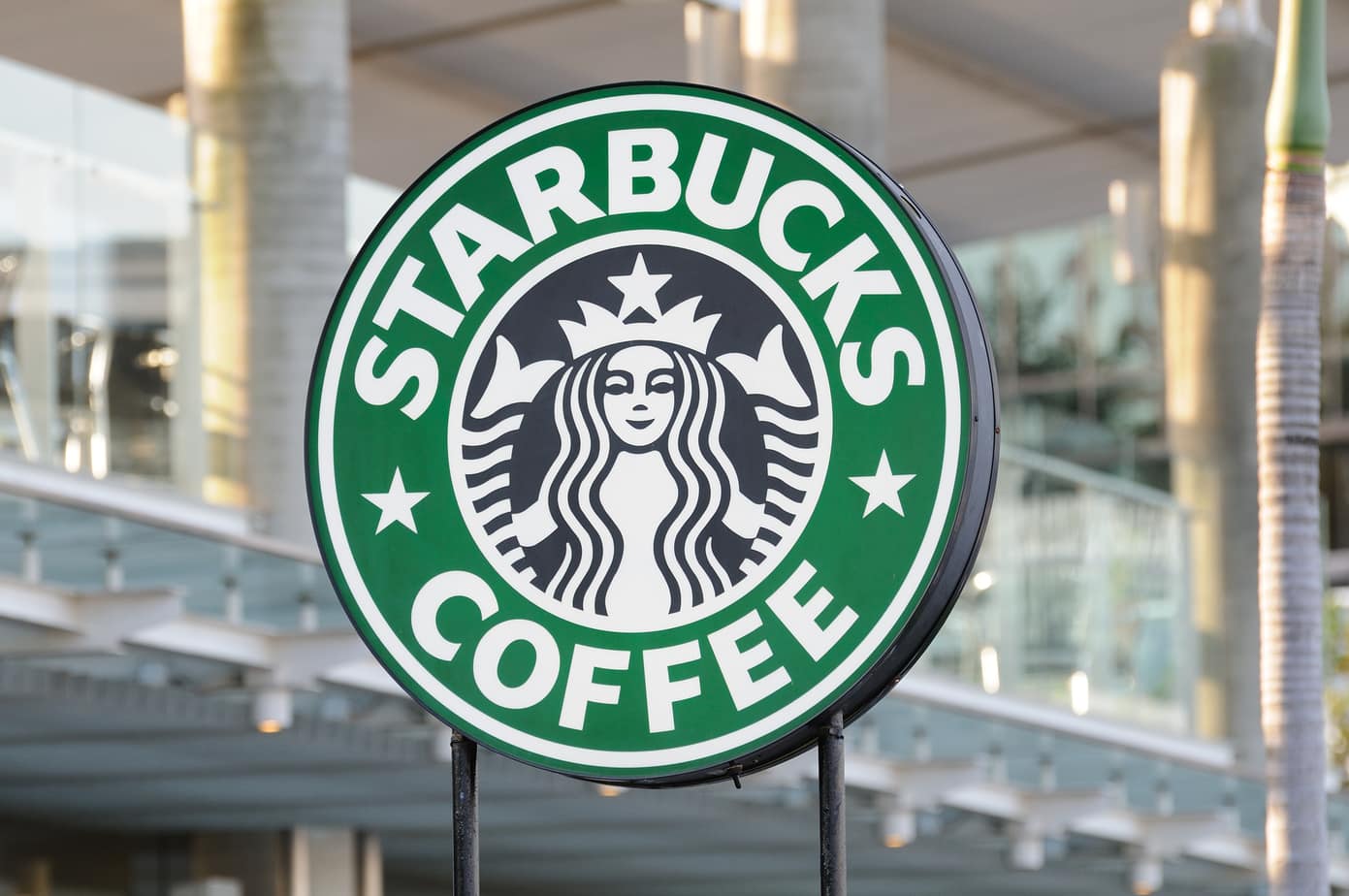 In the 20th century, the interest in the coffee beans was still on the rise. This period makes another important point in the history of coffee and is often referred to as the Second Wave coffee. Notably, Alfred Peet was fascinated with the beans and in 1971, in Seattle, and established a shop selling roasted beans. This was, in fact, the first Starbucks.

In 1982, the seller of drip coffee makers Howard Schultz joined the crew and inspired by Milan coffee culture wanted to sell beverages as well. The other guys refused and in the 1970s, you could only buy beans from Starbucks.

After their refusal, Howard decided to set up his own coffee company Il Giornale and after his big success purchased Starbucks in 1987 for 3.8 million dollars.

Whether you are a fan of Starbucks or not, it doesn’t matter. But there is no doubt that it started something huge, a movement that transformed the whole coffee industry.

After the successful Second Wave, the coffee enthusiasts didn’t intend on stopping the movement. Coffee history entered a new era named Third Wave coffee. The difference is marked by the interest in appreciating quality products.

During the Third Wave, it wasn’t enough to drink any coffee, and there was massive importance placed on every stage of the process and all the aspects contributing to the resulting cup such as the producer, the importer, roaster, barista and the consumer all became equally important.

There was a growing interest in the roast profiles, innovative brewing methods as well as direct trade and sustainability. Notably, the Third Wave coffee doesn’t accept the traditional ways of growing and making coffee and started establishing the coffee as we know it today.

What Is Specialty Coffee?

People often wonder about the difference between the Third Wave and specialty coffee. These terms are used a lot but do you know what they mean? Are they interchangeable? And if not, what’s the difference?

The term specialty coffee grew from the Specialty Coffee Associaton who rate the flavor profiles of coffees on a scale from 0 to 100. According to this scale, coffees above 60 are classified as commercial grade and coffees rated above 80 as specialty coffee.

The fascination with the coffee bean began more than a thousand years ago and it continues even today. People are still searching for new brewing methods and perfecting their daily cup. Inventions such as Aeropress or Chemex keep transforming the coffee history.

Since the first caffeinated goats and people discovering coffee houses the beverage truly penetrated every corner of the world. And since monks threw the coffee plant in the fire, marking the origin of coffee roasting, then things got a little bit more technical.

Today, there is massive importance placed on every detail and stage of the process. Will there be a Fourth Wave coffee? Are we in it now? We don’t know but it’s evident that the fascination with this magical energy is still on the rise.

Let’s watch how will the coffee transform over the next few years.

Folgers vs. Starbucks: Which Brand Will You Brew?

What’s the Difference Between Espresso vs. Coffee?