Why Does Coffee Make Me Poop?

For many people, coffee is their most reliable morning companion. But for about 30% of people (possibly 50% of women), their coffee drinking habit has them asking “Why does coffee make me poop?” So if you’re one of the unlucky ones, we’re here to help you fix it. 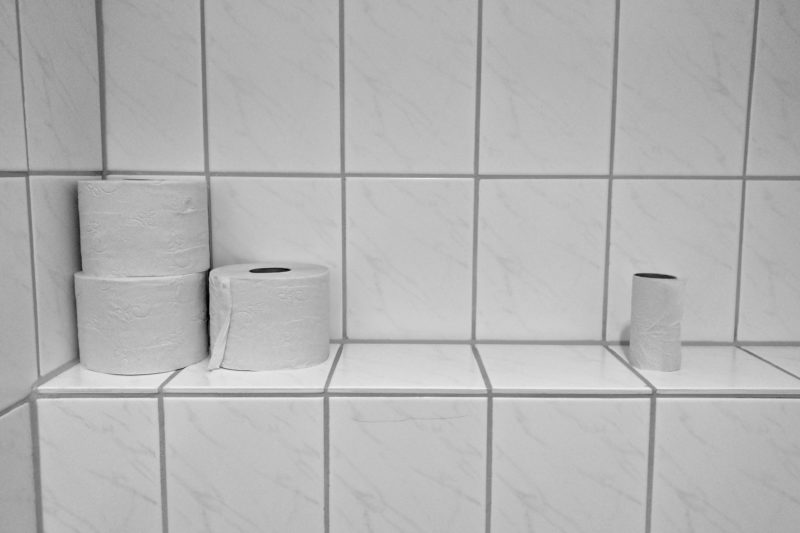 Read on for the truth about why coffee has you visiting the John more than you’d like to. From what’s happening and possible causes to a bunch of potential solutions tailored to you, we’ve got this one covered.

Is Coffee A Laxative?

Even though this issue affects 30-40% of the population, there has been little investigation into what exactly is making it happen. Many people attribute it to caffeine, claiming the stimulant makes your bowels more active. However, others point out that more people experience poop problem with decaf than soda, which would suggest there is another source. So what exactly is causing it?

On this side of the discussion, fingers are pointing at the acidity of coffee as the culprit. And, honestly, because these substances have varying effects on different people, your issue could be with either or both of these. The best way to figure it out is to pay attention to what other things are sending you scuttling to the bathroom.

Are spaghetti sauce and fresh fruits getting to you, or are dark chocolate and Excedrin the ones sending you to the loo? If it’s the former, try our tips to combat the acid in coffee. If it’s the latter, try to axe the caffeine.

If that wasn’t enough confusion for you, just wait. If this is an issue that’s occurring every morning, it may not really be the coffee at all. There is a chance that you’re just triggering your gastrocolic reflex but pouring the drink into an empty stomach.

It’s basically caused by a hormonal signal to your colon that says “Clear out, we’re getting more foodstuffs!” So you’re basically just making room to digest more things. Plus, this reaction is more prominent in some people than others.

Additionally, because all adults are at least a little lactose intolerant, it could just be the milk you put into the coffee–especially if you’re putting a lot.

What Exactly is Happening in There?

Regardless of what exactly is triggering the reaction, we do actually have an idea as to what’s happening to you. Studies have shown that coffee can stimulate the distal colon. This is the part of your digestive system that helps push out waste more quickly.

In turn, this can trigger or at least encourage peristalsis. That is the the coordinated contraction and relaxation of intestinal muscles, which is what ultimately causes bowel movements.

Whether its the acid, caffeine, or one of the hundred of other chemicals in coffee that’s causing this, science doesn’t really have the answer. But, at the end of the day, it’s the stimulation of these muscles that’s making you need to use the restroom.

If It’s an Acid Problem…

You actually have a shocking number of options when it comes to lowering the acidity of your morning cup! If you just want to skip to some low-acid coffee recommendations, go here.

On this front you can go with treated or inadvertent low acid coffee. Treated ones have some special processing techniques either before or during roasting that reduce their acid content.

How to Brew to Reduce Acidity

Honestly, if you’re looking to cut the acid, cold brews are your new best friend. A slow-steeped cold-brew will be about 70% less acidic than your typical, hot drip coffee, even if you’re using the exact same beans.

If you absolutely must have your coffee hot, don’t worry. You still have options. When brewing hot coffee and trying to avoid high-acid coffee, try to skip the fine grind and go for something coarser. Basically, a French press needs to be in your house. You can make hot or cold brews with it AND it requires a coarse grind.

Calcium also works as an antacid. So if you’re not sensitive to dairy, you can use milk to help neutralize the acid in your cup. Also, fortified almond milk is a good source of calcium and you can also find flavorless calcium powder if you’re just not into milk at all.

Lastly, if none of these solutions worked for you, try adding an eggshell to your coffee. Their alkaline nature can also neutralize the acid in your coffee. Drinking Swedish egg coffee works for the same reason.

If It’s a Caffeine Problem…

Many people who argue against caffeine being the culprit due to the studies conducted using decaf, don’t realize that decaf also has caffeine in it. While it is much less than your typical cup, decaf coffee still contains about 7mg of caffeine per cup, which means about 3% of the caffeine is left behind.

So, assuming there’s really no way to get your java fix without caffeine to some degree, you have a couple of options for reducing it. Firstly,  you should go for darker roasts, which have less caffeine per scoop because the grounds are less dense. You can also opt for a half-caff if you don’t want to cut all the way down to a decaf.

Additionally, it’s possible that a meal alongside your morning cup can be helpful in diminishing the effects of caffeine (assuming the meal doesn’t have any by itself). Also, drinking coffee more regularly helps you build a resistance to the side effects of caffeine. So if you’ve been looking for an excuse to get yourself a machine for the home, here it is.

If It’s a Milk Problem…

This one is easy. Stop adding milk to your coffee. Most places offer some milk alternatives, whether its coconut or almond or some other non-dairy variety.  Just ask them to sub the dairy stuff for the stuff that won’t put you in the oval office within the next hour.

If you’re making coffee at home and you are seriously addicted to the flavor of your creamer, try non-dairy milk and a syrup. There are so many options out there for extra flavoring that you should definitely be able to find a suitable replacement to your go-to.

We can all agree that giving up our favorite morning drink or having to rush to the bathroom an hour after drinking it are not great options to face. Luckily there are some potential solutions to your coffee-poops-problem.

So whether it’s the acid, caffeine, dairy, or empty stomach that’s getting to you, there are some pretty painless ways to address the issue without having to call it quits on your coffee.

Indonesian Coffee: Welcome To the Dark And Dense Side