Warm up on a cold day with this cinnamon spice latte recipe. The steamed milk and cinnamon will warm you from the inside out, while the maple syrup adds sweetness. Don’t forget your favorite coffee or espresso blend!

When the air is cold and you need something warm and sweet, a flavored latte from your favorite coffee shop can really hit the spot.

However, for those days that are just too chilly to venture out, you can enjoy a cinnamon spice latte without ever leaving home.

Bring together the flavor profile of your favorite coffee or espresso blend and the spicy sweetness of ground cinnamon with this Starbucks copycat drink! 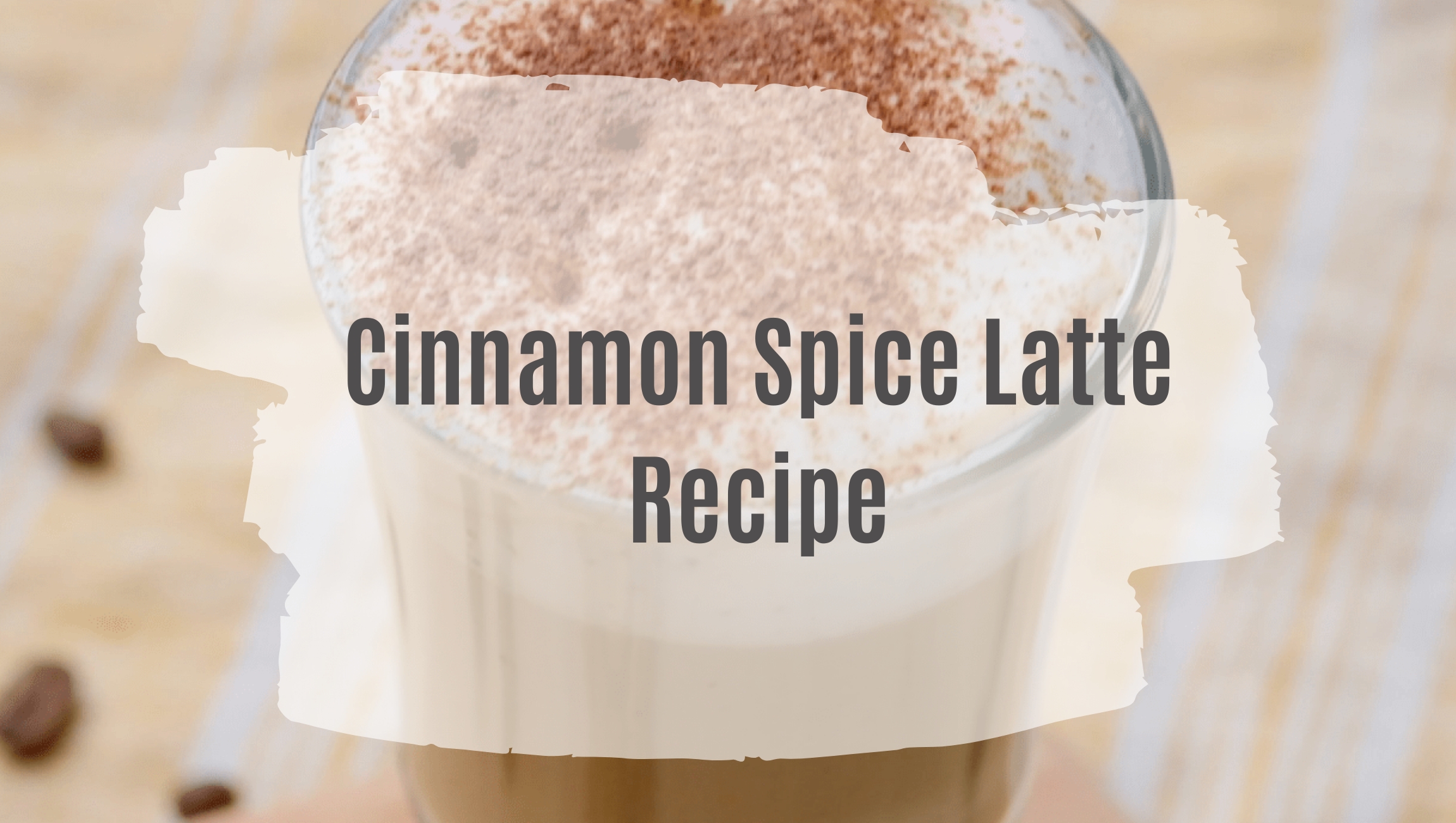 What Is Cinnamon Dolce Syrup?

While Starbucks boasts its own special recipe, cinnamon dolce syrup is easy to make at home. It typically takes about 5 minutes to whip up and uses very simple ingredients.

Combine brown sugar, white sugar, water, and of course, cinnamon, and simmer in a saucepan on medium heat until all the sugar dissolves. Now you’ve got a syrup you can use in any coffee recipe!

However, if you don’t have the time or ingredients to prepare homemade cinnamon syrup, don’t fret. Our recipe uses ground cinnamon and maple syrup for a quicker and easier imitation. We think it tastes delicious, too!

How to Make a Homemade Cinnamon Spice Latte 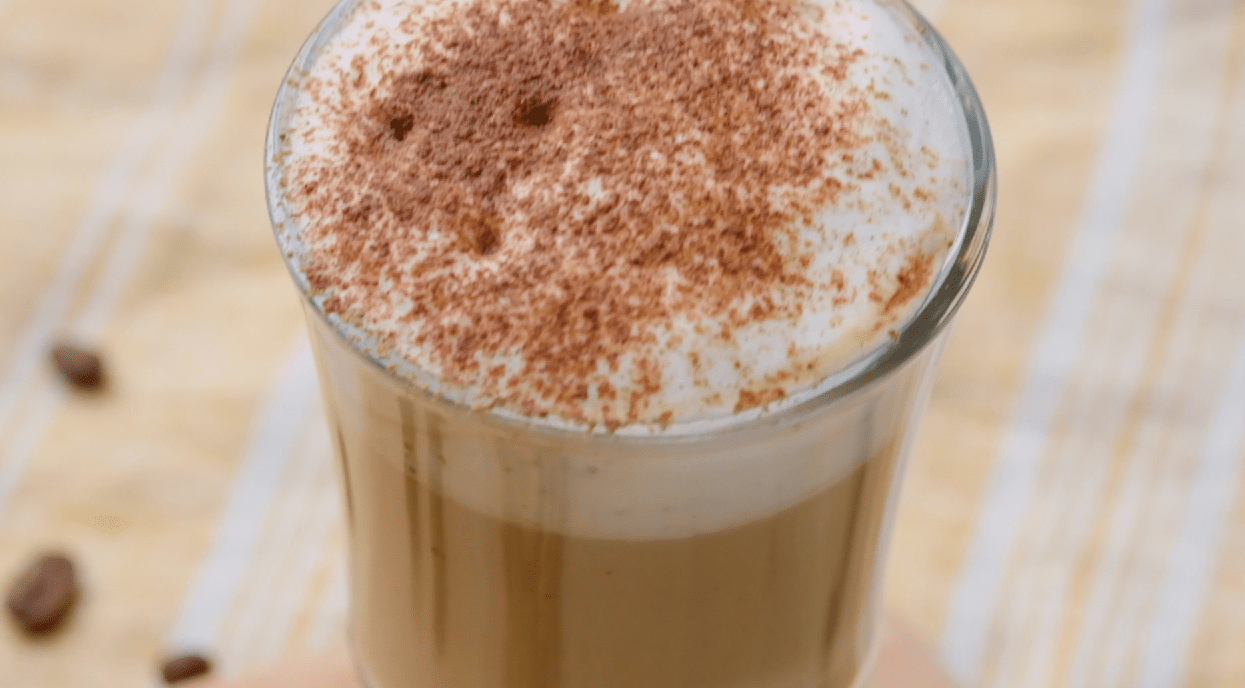 Start by brewing your favorite strong coffee or espresso.

It doesn’t matter what kind of coffee you use, but make sure it’s strong enough to accommodate your taste preferences and caffeine needs for the day. 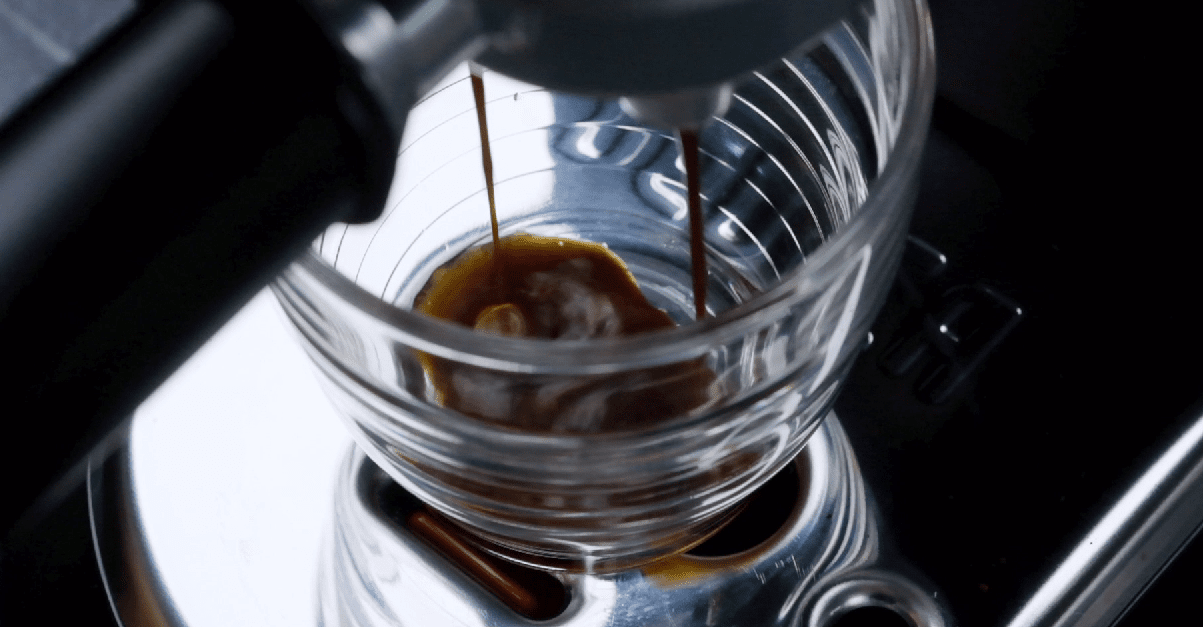 Add your vanilla extract, maple syrup, and cinnamon to the cup of coffee and stir until the mixture is smooth. 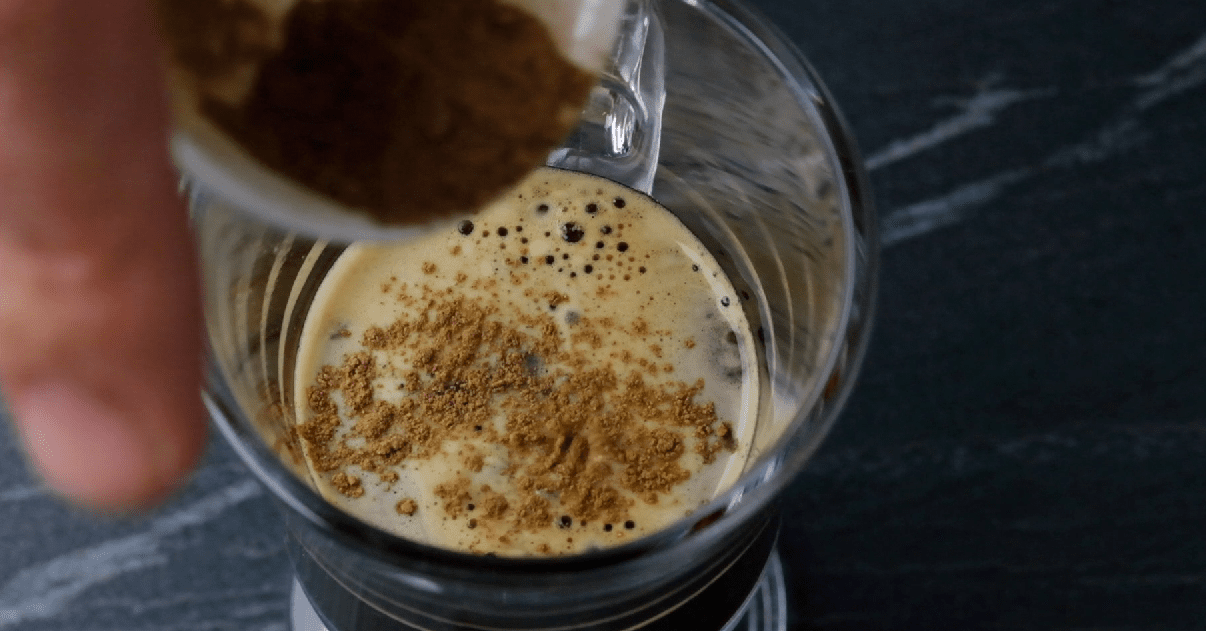 Froth your milk until it’s foamy and bubbly, then use a spoon to scoop the foamy top layer into a separate container. Just don’t forget about it; you’ll need it to top off your latte later! 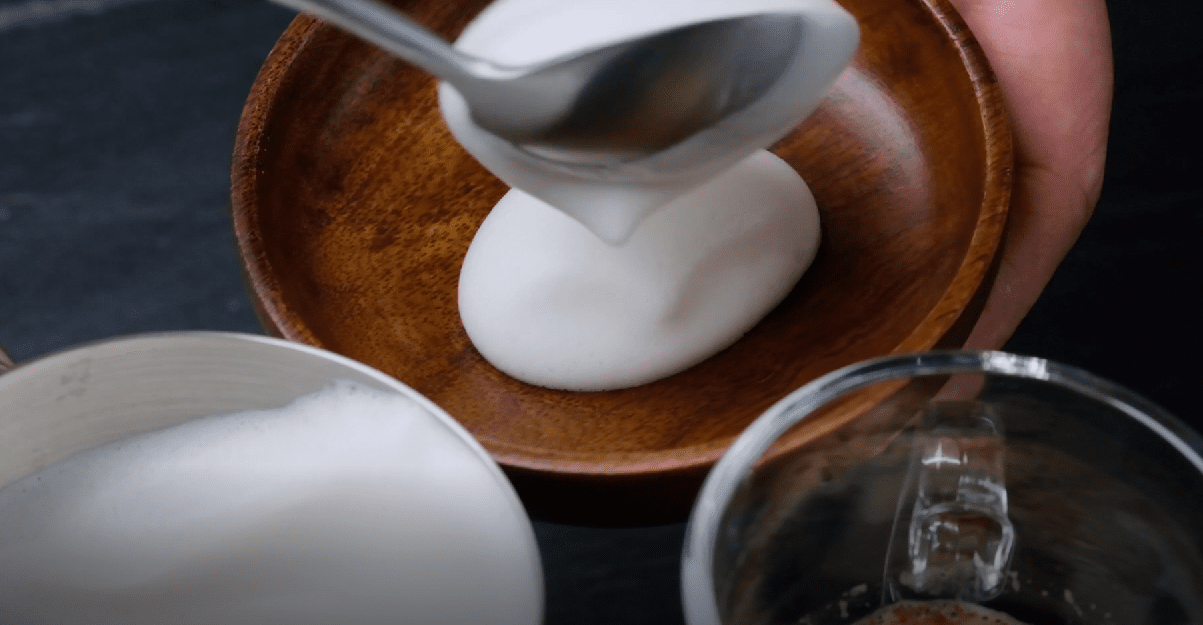 Carefully pour the rest of your milk into the cinnamon-coffee mixture. 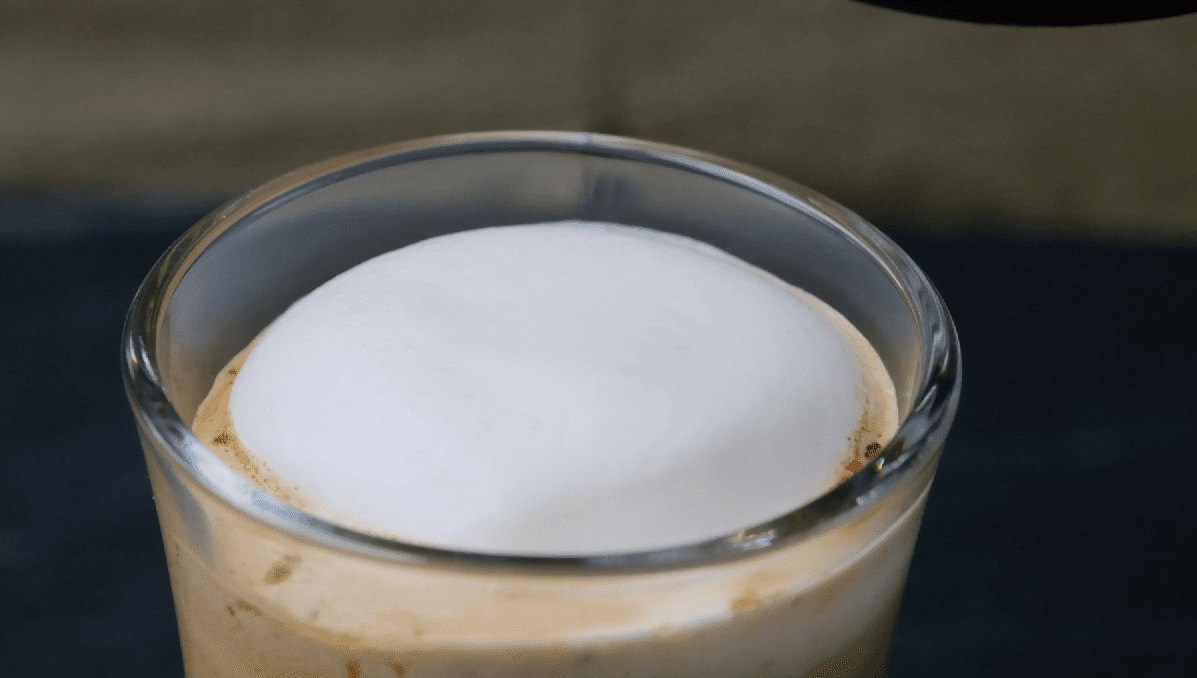 Last but not least, top your drink with the remainder of your milk foam. (If you have a major sweet tooth and crave an extra dose of sugar, you can use whipped cream to top your latte instead.)

For an extra bit of flair and flavor, dust a sprinkle of cinnamon over the foam and enjoy! 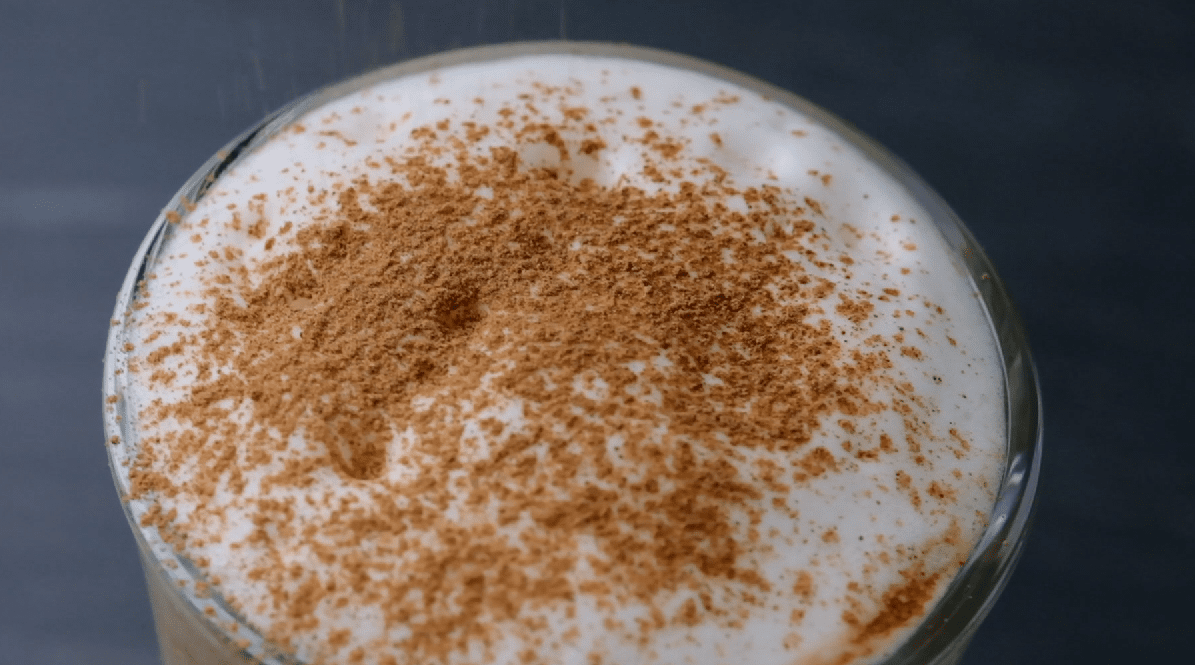 Is a Cinnamon Dolce Latte Healthy?

A grande Cinnamon Dolce Latte at Starbucks is 340 calories and contains 40g of sugar and 14g of fat. That’s 18% of your daily recommended fat intake and a whopping 80% of your recommended sugar, so it’s not the healthiest treat!

Our cinnamon spice latte recipe above contains 194 calories, 31g of sugar, and under 5g of fat, so making your latte at home is a healthier choice.

You can also adjust your recipe to meet your nutritional needs by adding less sweetener or using low-fat milk if you so desire.

Is the Cinnamon Dolce Latte Seasonal?

The Cinnamon Dolce Latte is available year-round at Starbucks, and you can of course make our version at home any time as well.

Can You Make This Drink Non-Dairy?

You can make this drink non-dairy by swapping the cup of milk for the milk substitute of your choice.

However, keep in mind that non-dairy types of milk can be harder to foam and don’t maintain their frothy structure for as long.

Can You Make a Big Batch of This Latte?

You can certainly multiply this recipe to serve up cinnamon spice lattes to all of your friends!

Just remember that milk foam is best served immediately, so don’t make more than you plan to use right away.

I Don’t Have Cinnamon Sticks. Can I Just Use Ground Cinnamon?

Sure! In fact, this recipe is designed to use ground cinnamon. If you want to use a cinnamon stick instead, let the cinnamon stick sit in your drink for several minutes, then remove it before drinking.

If you loved this flavor in your latte, then you’ll love it in a frappuccino, too! You can make this cool and delicious treat by blending coffee, ice, maple syrup, cinnamon, and milk. We recommend topping the whole thing with whipped cream.

How To Make A White Chocolate Mocha In Ninja Coffee Maker

How to Grind Coffee Beans

How to Clean a Coffee Maker