While the idea of cutting the caffeine out of your coffee routine may seem out of the question for some, it’s a necessity for others. We’ve all heard of decaf coffee, but did you know that decaf espresso exists too? So you can have your favorite espresso-based beverages without getting the. jitters. 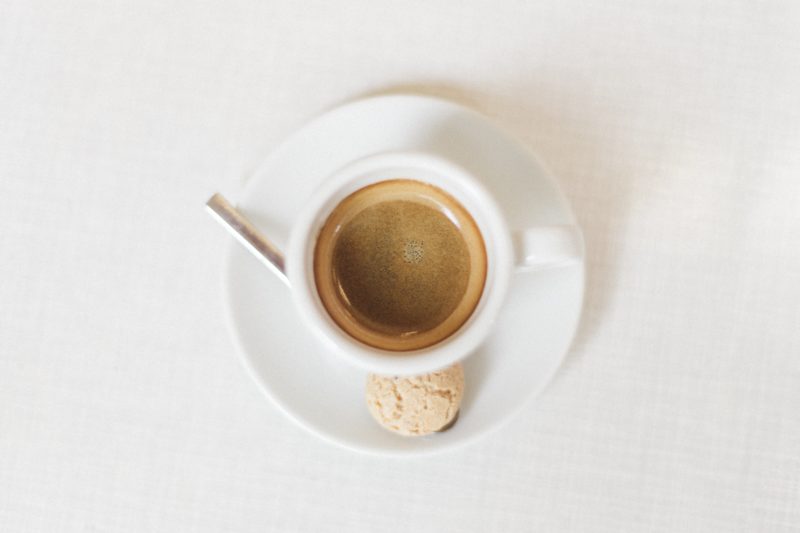 If that sounds like a dream to you, stick around so we can give you the full low-down on decaf espresso and salvage your coffee habits.

Decaf Espresso? Isn’t that a bit oxymoronic? While the concept might initially sound a bit silly, decaf espresso is actually a thing, and the two things don’t cancel themselves out. Still confused? Allow us to explain.

Let’s start with the part of this equation that you are likely more familiar with: the espresso. There are a lot of misconceptions floating around about what exactly “espresso” is. Many people mistakenly believe that it is a specific type of bean, but you can actually use a variety of different beans to brew this drink.

Additionally, some people believe that espresso is just coffee with extra caffeine, which is probably where confusion surrounding “decaf espresso” comes in. While espresso tends to have more caffeine per ounce than a regular cup of coffee, the caffeine isn’t actually what makes it espresso.

Espresso actually refers to a specific style of brewing. While other brewing methods require time to steep or slowly filter water through coffee grounds, espresso machines use pressure to pump hot water through a highly packed puck of finely ground beans.

The result is a concentrated, complex brew that is done in about 30 seconds. And that “concentration” isn’t just caffeine, it is also taste. So by removing the caffeine, you aren’t actually sacrificing the flavor punch you normally expect form espresso.

Moving onto the “decaf” part of this mystery. The process of decaffeination usually removes about 97% of the caffeine in coffee. Put simply, to achieve decaffeinated coffee, the beans are first moistened and then washed in a solvent that is usually made up of water, organic solvents or carbon dioxide. Over time, that solvent removes the caffeine from the beans.

Because the decaffeination process takes place during the crashing portion of coffee processing, it is actually the same regardless of what coffee you are using. So, in theory, it is possible to use the same beans for a decaf espresso as you would for your standard, auto-drip decaf.

The main reason people opt for decaf simply enough because they aren’t too keen on consuming a lot of caffeine. While one shot of espresso has less caffeine than a typical cup of coffee, most people opt for a Doppio (double shot), which evens ups the amounts a bit.

We’ve covered the in’s and out of regular decaf coffee here. The caffeination of decaf espresso works the same way, so if you want more information on that front, you can head there.

So what are some of the reason’s you would want to cut the caff?

Caffeine sensitivity can mean a number of things. High amounts of caffeine can irritate stomach and heart problems. Additionally, it may exacerbate the symptoms of anxiety. But a caffeine sensitivity shouldn’t stop you from enjoying an incredible latte or cappuccino. So that’s where decaf espresso comes in handy.

Another leading motivation for choosing decaf instead of full-caff espresso is timing. While some of you may hardly notice the caffeine hit of a shot, it’ll keep others buzzing for hours.

For those who love the experience of sipping a nice espresso drink in the evening but aren’t looking to stay up until 3am, this is the perfect solution. No one wants a caffeine crash a few hours before waking up for work.

Consuming high amounts of caffeine when pregnant can increase the risk of a number of complications. So if you have a bun in the oven, being a multi-cup coffee drinker can be a serious problem. And cutting out coffee entirely can throw more of a wrench into your routine than the baby itself.

One solution is using decaf espresso to stay under the recommended 200mg/day limit. That way, you can maintain some semblance of your normal routine without putting your pregnancy at risk.

The main concern when looking at decaffeinated products is considering exactly how much caffeine you are cutting out. Many people don’t realize that even though they are called “decaffeinated,” these coffees rarely have absolutely no caffeine.

By “negligible” we mean that the nutritional facts would probably read “0mg caffeine,” though in reality it is actually just a rather small fraction contained within a small serving. However, there are some beans that will produce a brew with the same amount as a decaf coffee.

That difference usually comes down to the type of bean you are brewing with.

Generally, 100% Arabica bean options will have lower caffeine levels than their Robusta counterparts. While it may be more difficult to find an espresso blend without Robusta, if you are looking to cut caffeine as low as possible, it’s probably worth the extended search.

…and try decaffeinating. Whether it’s for health reasons or simply a lifestyle choice, you can rest assured that cutting the caffeine from your espresso routine doesn’t mean certain doom in the flavor department.

Is The Ninja Coffee Bar Discontinued?

All the Buttons on Keurig Machines – Our Ultimate Guide

Do Keurig Cups Expire? When To Let Your Old K-Cups Go