Yemen Coffee: The Original Worldly Site Of A ‘Mocha’

Tackling Yemen’s coffee history can be a daunting task as it is a multi-century old story whose truth can seem to differ depending on where you are finding your information. It is nonetheless an incredibly intriguing story that deserves to be told.

In this article, we will discuss the ancient history of the coffee bean, Yemen’s coffee history as it pertains to recent hardships within Yemen’s borders, and a man who has helped keep the coffee dream alive in Yemen.

Looking at the main coffee regions, challenges of coffee production, and Yemeni coffee flavor profiles, finally introducing you to some of the best coffees to try from this region.

Ready to explore the region where the coffee history started more than 500 years ago?

We know we are.

At a Glance: Best Yemen Coffee

When you begin to consider Yemen’s coffee history, you come across an age-old debate about the exact origin of the coffee plant. An exact record of the origin of coffee is hard to determine, but we know that its time frame is any time within the first centuries with its setting boiled down to two possibilities: Ethiopia and Yemen.

What is known as fact is that the two countries traded between each other. Coffee plants arrived in Yemen from Ethiopia and the arid land caused them to adapt to a plant suitable for life in the new country.

Sometime after the discovery or movement of coffee plants in/to Yemen, Sufi monasteries began cultivating and brewing the coffee beans. These monks were the first to do so.

Where “Mocha” Came From

Yemen also traded with Indonesia regularly. They traded coffee beans out of Yemen’s Port of Mokha, and somewhere along the way, a blend of the Indonesian Java coffee and Yemen’s Mocha beans was created and became a hot commodity all over the world.

Yemen’s coffee history is closely fused with its civil history. A civil war composed of a web of complex issues that began in 2015 is still ongoing and is tearing apart the country’s infrastructure.

A part of this infrastructure is Yemen’s coffee industry. Coffee has been taken off the market and it has been very difficult for farmers to produce and sell their beans, as many of their lands have been devastated by war. 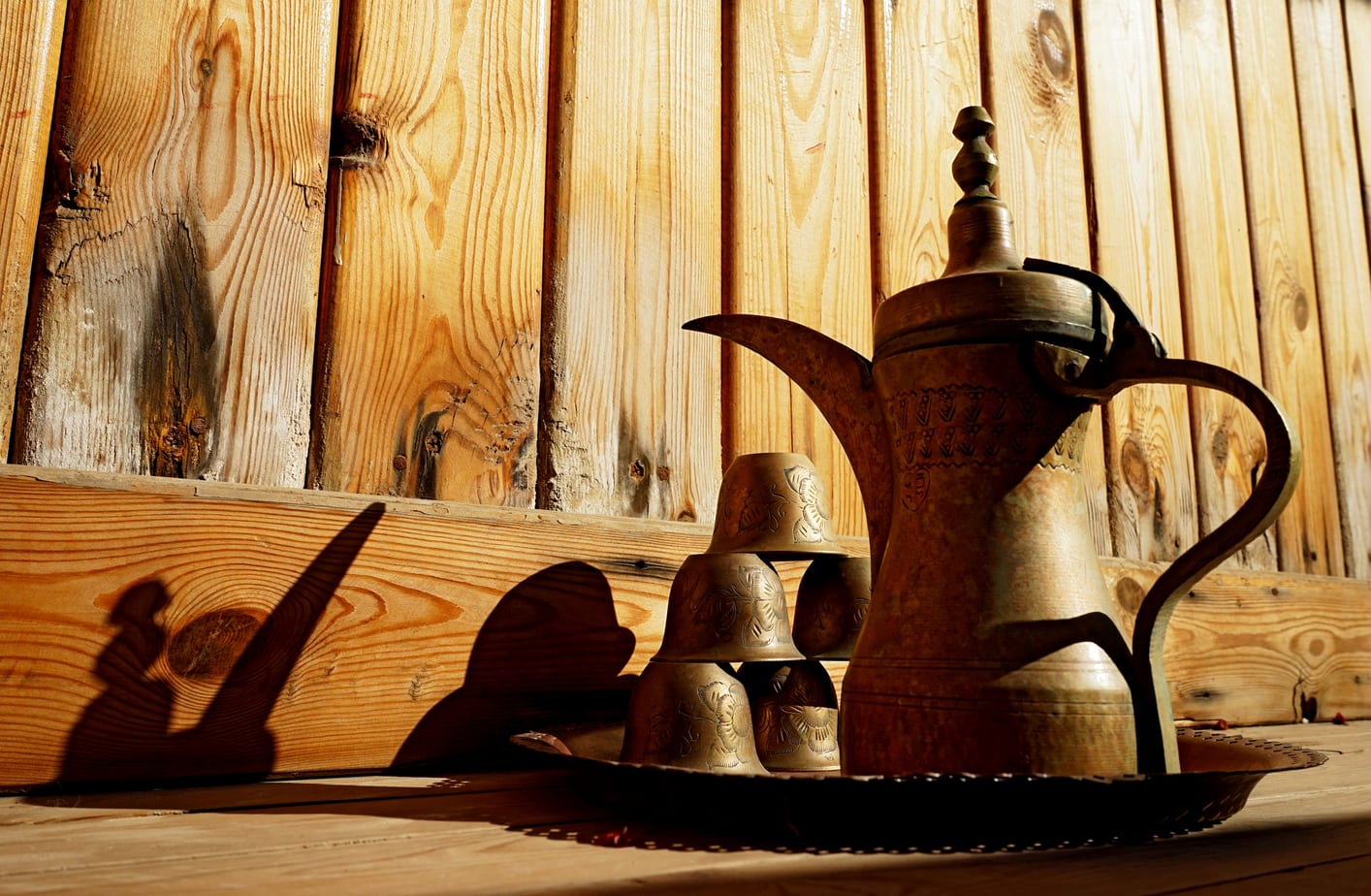 The Current Status of Yemen Coffee

Since the beginning of the unrest in Yemen, disruptions halted the markets. Coffee has not been an easy product to obtain, especially internationally from Yemen. In 2015, however, there was a lot of attention on and interest in Yemen coffee at a Specialty Coffee Association of America event.

This was a pivotal moment for the Yemen coffee industry as it brought attention to their wonderful coffees, the intriguing stories behind them, and the recognition of the people surrounding it.

A Man With A Cause

A man named Mokhtar Alkhanshali is one of the strongest forces behind bringing Yemen coffees to back into the light. He is a Yemeni-American who had dreamed of bridging the gap between western culture and Yemen culture through coffee.

Desiring to connect his people back to their roots of producing coffee, Alkhanshali created sustainable farmingpractices in Yemen and trained the farmers. This resulted in much success for the farms.

Alkhanshali brought his Yemen coffee beans to that SCAA Event in 2015, and this was a huge turning point for Yemeni coffees. Event attendees had only good things to say about the Yemeni coffees. His journey of getting those beans there is an almost-unbelievable one. Let’s just say that he deeply cares about getting these coffees known.

Currently, Mokhtar Alkhanshali owns a successful company that only sells Yemen coffee. It is called Port of Mokha, a direct reference to the port in Yemen so famously known in the coffee trade world. You can read Alkhanshali’s full story on their website.

Sanani is a name for several regions surrounding Yemen’s capital city, Sanaa. These coffee cherries are grown at a lower altitude than other growing regions and are often considered to be of lower quality because of this. Sanani coffees are known to be fruity with lower acidity than most Yemeni coffees, have a medium body, and are well-balanced.

Matari coffees are recognized as one of the finest and most famous Yemeni coffees. With sharp notes of chocolate and wine, these beans are grown in Bani Mattar, a city west of Sanaa. These beans tend to be more acidic and pack a bigger punch than other Yemeni coffees.

Ismaili is both the name given to coffees grown in the central part of Yemen and also the name of a specific coffee plant varietal. These beans tend to be smaller in size and have chocolaty and malty flavors while also having a gentle feel compared to Yemeni coffees from other regions. 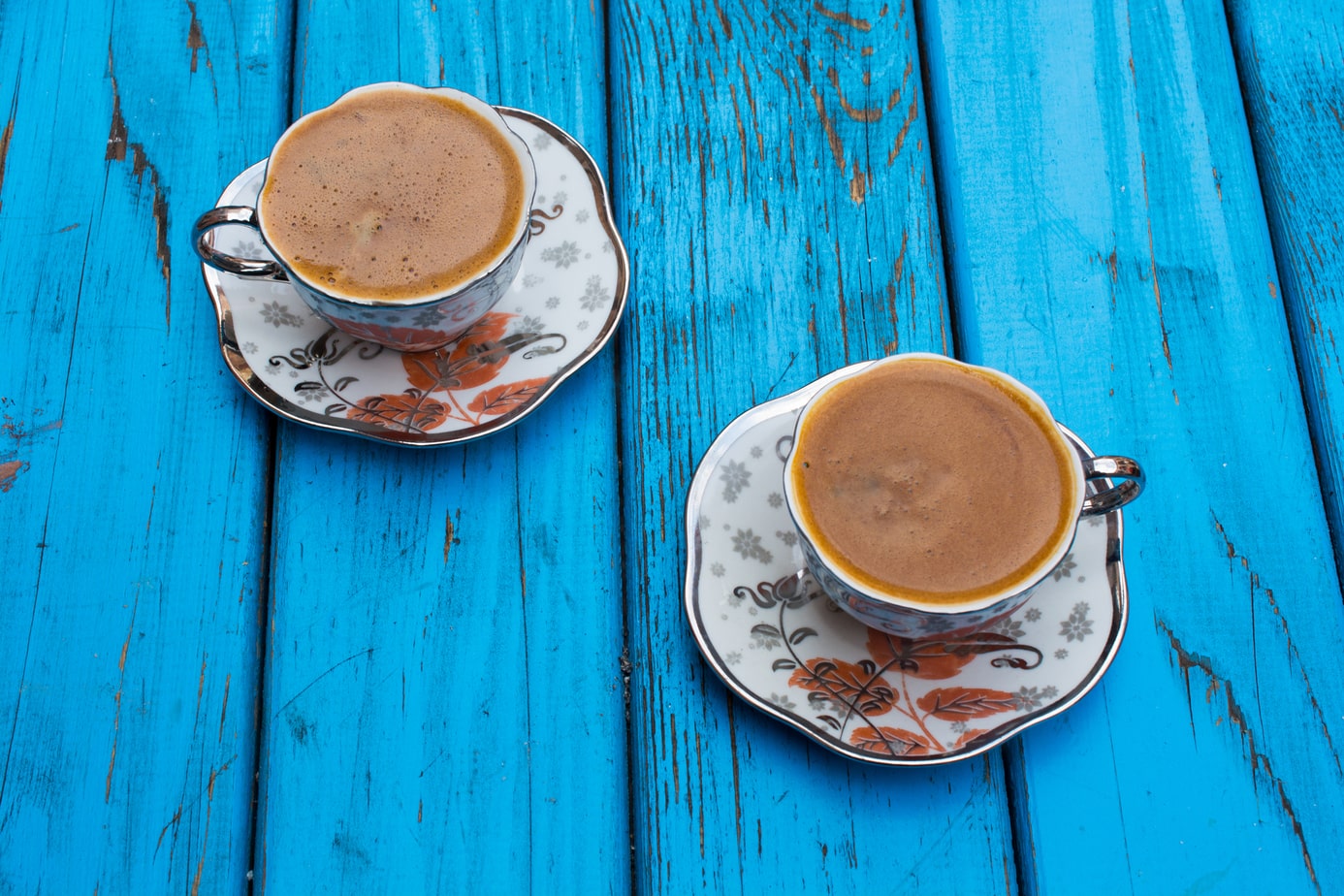 Much of the challenges that arise in Yemeni coffee production is in relation to the civil unrest in the country. A war that still envelops the country effects their coffee production, as mentioned previously. Along with strife, disease, specifically, Cholera, has played a large part in Yemen’s production challenges. The New York Times deemed the issues in Yemen as the “World’s Worst Humanitarian Crisis.”

As mentioned previously, a lot of the coffee plants in Yemen had to adapt to its arid environment. Yemen’s microclimate caused imported coffee plants to adapt, becoming drought-resistant.

The struggle the plants have to go through creates a complex and unique tasting experience in Yemeni coffee beans. Yemeni coffee’s distinct chocolate flavor is often part of its unique flavor.

While adversity certainly continues to exist for Yemen coffee farmers, they have trudged through it as independent farmers and have found ways to stay afloat.

Entrepreneurs and people in the coffee world, such as Mokhtar Alkhanshali, have aided in the improved production of and interest in Yemen coffee. After all, who doesn’t want to taste the rarest coffee in the world?

The original process of making coffee in Yemen is the dry processing method. Most Yemeni coffees are made using this method today.

If you look at a photo of Yemen’s coffee terraces, you will see how high up the plants are grown and the beans are dried. Due to it being a bit closer to the sun at a higher altitude, Yemeni coffee is set up well for the dry processing method.

After harvest, coffee cherries are typically laid out on farmers’ rooftops where the beans dry and soak up all the cherry juices, imparting many fruity and even sweet notes.

As with any coffee-producing country with multiple growing regions, the flavor notes in Yemeni coffees can range from very fruity to very chocolatey, to anything in-between. Some Yemeni coffee flavors can be low in acidity and bright while others have a hint of chocolate and nutty flavors. Some might even have a booze flavor to them.

One of the most well known, if not the most well-known, Yemen coffees is their mocha coffee. You might be thinking of your favorite latte in all of its rich and sweet chocolate glory from your favorite coffee shop down the street right now.

Interestingly enough, that drink is not the origin of what “mocha” is but is, rather, a name derived from the chocolatey flavors of Yemen mocha coffee.

Grown in Mocha, Yemen, mocha coffee beans are the original chocolate-flavored coffee bean. These coffees tend to be rich, complex, and mouth-filling with hints of spices and, of course, chocolate flavors. It sounds like a delicious homemade chocolate cake if you ask us.

Is your mouth watering yet? Are you ready to quit reading about it and actually taste this magic Yemen bean juice? We are too!

Here are a few recommendations of Yemen coffees to try: 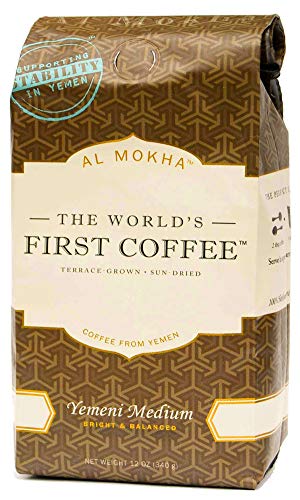 Al Mokha: The World's First Coffee. Yemen Medium Roast (whole bean)
Check Price on Amazon If you click this link and make a purchase, we earn a commission at no additional cost to you. Last Update: 2023-01-26

With the option of having ground or whole bean coffee, Al Mokha offers a very unique, true-to-its-roots Yemeni Arabica coffee in a medium roast. Al Mokha is a Yemeni coffee company dedicated to bringing the world a taste of the sun-dried chocolatey goodness of Yemen’s mocha coffees. They also encourage sustainable growing practices on coffee farms.

This Sanani coffee from Sea Island Coffee offers a more calm cup of coffee than other Yemeni beans. It is low in acidity and complexity and is well-balanced. This is a very unique Yemeni coffee that showcases the Sanani regions well. 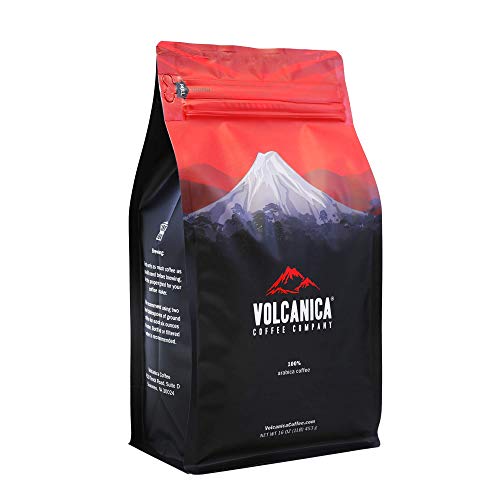 Yemen Coffee Beans - Haraaz AA, Ground, Fresh Roasted, 16-ounce
Check Price on Amazon If you click this link and make a purchase, we earn a commission at no additional cost to you. Last Update: 2023-01-26

The third wave specialty coffee importer, Volcanica, specializes in providing the most exotic beans grown in the volcanic soils in unique origins all around the world. One of them is this 100% Yemen coffee coming from the mountains of the Haraaz region.

The coffee is medium roasted which allows for the sweet and tart fruit acidity. The remarkable taste is accompanied by a smooth mouthfeel and strawberry and coriander tasting notes.

As we’re sure you have gathered, Yemen is an incredibly unique country with many possibilities in the coffee world. Although war, disease, famine, and a tough landscape make the process difficult for Yemeni coffee farmers, the country has been on the up-and-up in the coffee scene.

People from all over the world desire to see the unique Yemeni coffees on the market and in stores and have implemented creative companies and sustainable farming systems to keep the industry alive.

These efforts do not only speak to the importance of keeping coffee in circulation but also emphasizes the call to taking care of one another. If it weren’t for many of those people helping the cause, many Yemeni people would be out of jobs and the ancient practices of making coffee in Yemen would be gone.

We hope that this article gives you some perspective into the Yemeni coffee world and that it will urge you to try some of their coffees. Enjoy the rich coffee and rich history.