Smeg Coffee Maker Review: Does The Taste Match The Style?

Smeg is a reputable brand for electronic devices known mostly for its chic retro style design. They offer a range of household appliances such as fridges, dishwashers, and ovens but the brand is loved mostly for the stylish small devices that add a beautiful touch to any kitchen such as toasters, kettles, and blenders.

Recently, they’ve also expanded into the coffee machine territory offering a drip coffee maker as well as an entry-level espresso machine. But as expected from proper coffee enthusiasts, as much as we applaud a good design, we want to know whether coffee meets the standards in terms of taste. 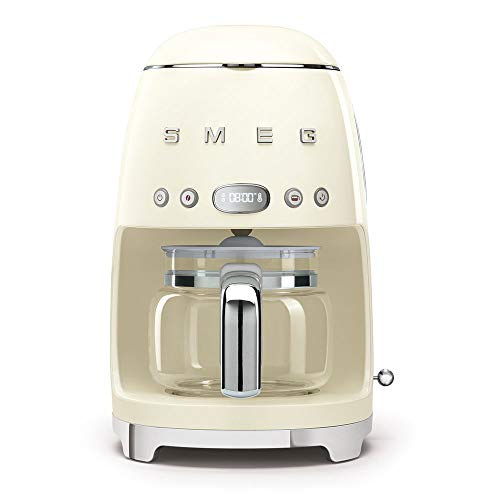 If you’re thinking of investing in a Smeg coffee maker but you’re not sure whether the caffeine hit will satisfy your needs, we’ll tell you everything we like and don’t like about this stylish machine, and review its performance, functionality as well as the taste of the coffee it brews.

Smeg is a well known high-end domestic appliance manufacturer from Italy set up by the Bertazzoni family in 1948. Their diverse range includes fridges, dishwashers, washing machines, ovens as well as smaller devices such as toasters and kettles. And now they produce coffee machines too.

How does the Smeg drip coffee maker perform when put to the test?

While the Smeg machines only have the functionality of a basic entry-level coffee maker, they don’t come with an entry-level price. Let’s have a look at whether investing in a Smeg drip coffee maker is worth it and explore its performance as well as the limitations.

The Smeg coffee machine has basic but satisfactory functionality. When making your coffee, the machine offers a choice in “aroma intensity” offering a “standard” or an “intense” brew, depending on how hard your particular morning is.

The Smeg is easy to use and the LED display provides information about water levels, water hardness quality, as well as featuring a digital clock.

The 1.4-liter capacity water tank is not the biggest on the market and only holds around 4 cups. But we don’t see that as a negative since we would rather brew another fresh batch than drink the coffee that’s been sitting in the pot for hours.

The biggest selling point of this coffee machine is its beautiful design. The retro style and pastel colors are made to be a central piece in your kitchen. They are available in four colors, cream, mint green, light blue, or black which you can match with other Smeg appliances such as kettles or toasters.

We don’t want to only talk about the looks though. The machine is also heavy and sturdy, made out of quality materials as well as slightly bigger than expected. Because of its unusual shape, you will need more available kitchen space. And if you feel like it might be a tight fit, it’s a good idea to measure your space before buying.

Let’s get to bottom of what real coffee enthusiasts want to know, what does the coffee taste like? For us, and probably for you too, it doesn’t matter how good the coffee maker looks if it makes below-average coffee.

A lot of the taste depends on the coffee beans you use, that’s why it’s important to put effort into sourcing the best beans and grinding them fresh in a correct grind. But when you tick all the basics with your beans, the caffeine hit made with the Smeg coffee maker tastes consistently good and smooth.

One of our favorite features is the automatic turn on function that allows you to start brewing at a specific time, which means you can have your freshly-brewed cup ready as soon as you hit your alarm clock in the morning.

Some details tend to cause inconvenience, most common of which is the loud operation with loud beeps during the turn on and turn off as well as a hard-to-open water reservoir.

Some people don’t like that the keep warm function can only keep the coffee hot for 20 minutes before it tuns off but this is a clever feature from Smeg that prevents the coffee from burning and tasting bitter. And come on, with the easy operation of this coffee maker, there is no reason why not to make a fresh batch when you need more.

The Smeg drip coffee maker is not the easiest to maintain since it often requires to make small adjustments and frequent descaling, both of which you get notified of on the LED display.

The coffee maker is also very sensitive to water quality and tells you when the water is too hard for brewing, as well as when the machine requires descaling, which is a little too often for our taste. All of which can become annoying in the long run.

If you’re confused about the slight inconsistencies in specs among different reviews and websites, this is because there are two versions of this coffee machine.

When making the new upgraded model, DCF02, the Smeg has focused on issues raised by customers. The new version extends the time of the “keep warm” function, maintaining your coffee hot for 60 minutes rather than the original 20.

Other upgrades include the option to turn the sound on and off since many customers found the operation and beeping too loud. The upgraded version features a lid that is easier to open and has an added option to select 12 or 24-hour clock.

Smeg Coffee Machine Might Not Be For You If…

While the Smeg coffee machine handles all the basic tasks well, it doesn’t offer any beyond-standard functions or options that would enable you to further customize your brew.

The best drip coffee makers on the market today have advanced functionality including filtering water, grinding beans, generating coffee bloom, and controlling the water temperature that ensures the best-tasting brew.

The stylish retro design of the Smeg coffee makers comes with a higher price tag and if the look of your coffee maker is your priority, the Smeg will be a great choice. But there are many, not-so-stylish, drip coffee makers on the market that have similar functionality at a much lower price.

The KitchenAid Coffee Maker, for example, comes at almost half of the price and includes advanced features such as roast selector to maximize compatibility or the pre-infusion blooming for a fuller flavor.

Is The Stylish Smeg Worth The Money? 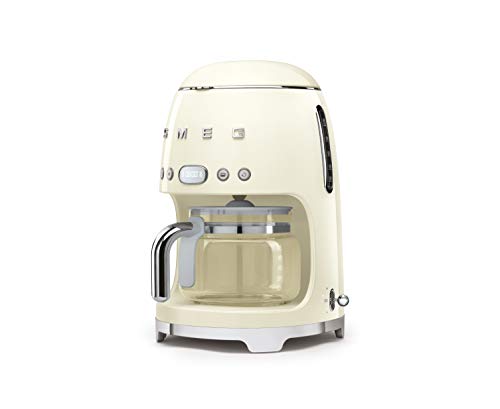 There is no question about the Smeg machine meeting your expectations in terms of design and providing a beautiful addition to your household. But we wanted to review its functionality and look closely at what the coffee will taste like too.

We are pleased to say that the drip coffee maker meets the taste expectations and produces a consistently smooth and delicious brew. The easy operation, the flavor intensity option and the keep warm function make it a solid choice.

But for anyone looking for more advanced functionality when making their drip coffee such as filtering the water, customizing the brew temperature, or pre-blooming the coffee, the Smeg might not be sufficient. So it’s a good idea to consider your preferences before making a final decision. 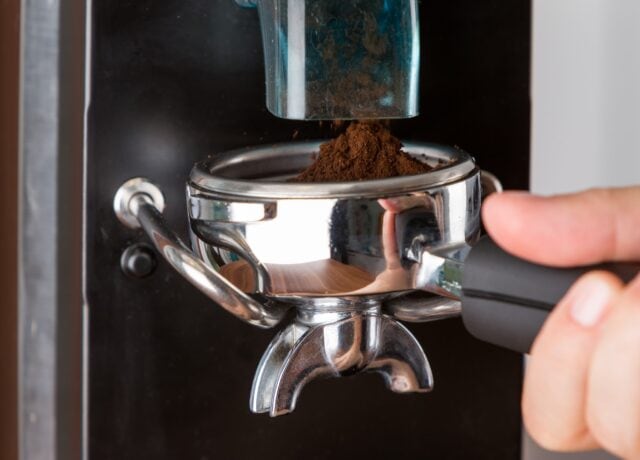 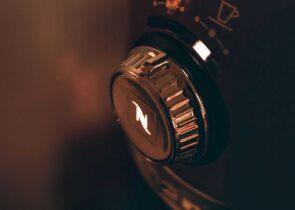 Best Nespresso Machine: Get Your Espresso with Nespresso 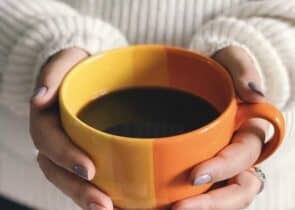 Craft Coffee Review: Crafted for Coffee Lovers On A Budget 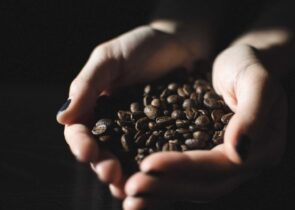