If you visit your local coffee shop or Starbucks on occasion, you may have seen various types of caffeinated drinks on the menu at a cafe and wondered what the heck they are.

For example, caffe misto vs latte. They both have coffee and hot milk, and outwardly they look similar–what sets them apart from each other?

Here are some things you should know about the differences between a caffe misto and a latte. So, the next time you visit a cafe with your friends, you can show off your knowledge of these two commonly mixed-up caffeinated drinks.

Caffe misto is also known as a “café au lait,” so this article could have been called Cafe Au Lait vs Latte. A caffe misto is a popular drink made with a one-to-one ratio of brewed coffee and steamed milk. Directly translated from French, it means “coffee with milk,” which is exactly what it is.

Unlike a latte, the coffee that goes into a caffe misto is either from a French press or drip-brewed. There is no particular way to mix the coffee and milk, making it a simple beverage to make at home.

Some coffee shops steam the milk for a frothier texture, while others simply heat it. How the milk is warmed does not matter for a caffe misto as long as it is hot and does not include foam. It should not be confused with flat white coffee, which uses cold milk instead of hot.

How Is A Latte Made? 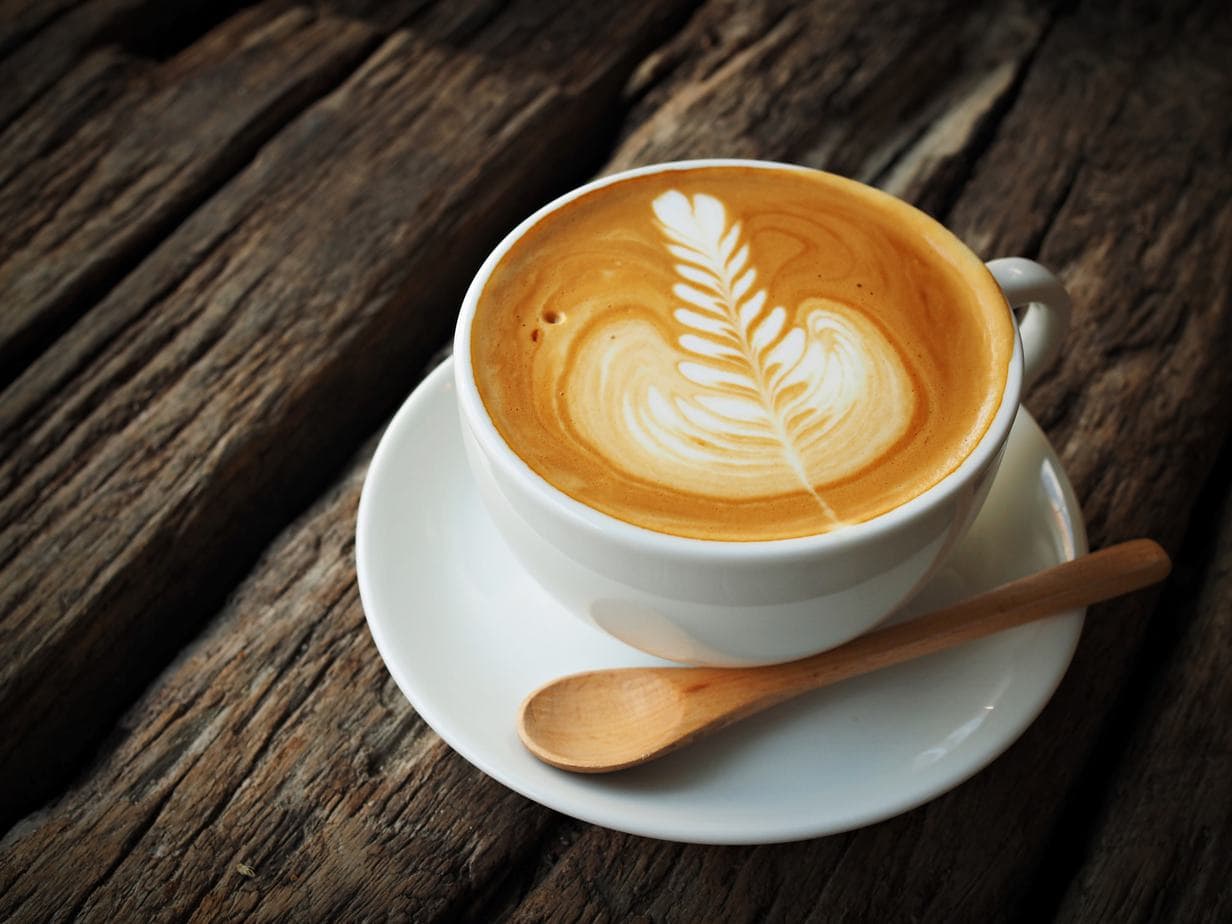 Latte and caffe misto are often confused because they look alike, and both translate to “coffee with milk” in different languages. The main difference is the quantity of milk in the cup. A latte is a beverage made with a single shot of espresso rather than brewed coffee and has a layer of foam on top. An iced latte is made the same way, just with cold coffee and milk.

The mixture of a latte is about one ounce of espresso, four ounces of milk, and one ounce of milk foam. The high milk content gives it a creamy and smoother texture for those who don’t want to feel the full force of an espresso-based drink. But be careful, getting carried away with your “dash of milk” may result in warm coffee-flavored milk if you overdo it.

You don’t need a latte machine to make a latte. You simply add a single or double shot of espresso to your coffee, then five or six ounces of steamed milk in an eight-ounce cup. Then you top it off with a layer of milk foam. You can usually ask for syrups to make flavored lattes, creating popular drinks like vanilla, hazelnut, or matcha lattes.

One of the fun additions to this drink is latte art. Baristas can become creative and create beautiful artwork with foam.

How Is The Milk Heated?

A café latte requires steamed milk for its mixture. Steaming milk requires a frothing steam wand, which is often attached to an espresso machine. You can also create foamed milk using a cheaper frothing device explicitly designed to integrate air bubbles into the warm milk by producing steam.

If you purchase a caffe misto at a coffee shop, they may most likely use steamed milk as well. However, this type of beverage does not require foam like a latte but only heated milk.

You can easily heat milk at home either on the stovetop or by sticking it in the microwave to add to your brewed coffee. Then your homemade caffe misto will be ready to drink!

But be warned, some people want to use non-dairy milk in everything, However, many nut milk varieties, like almond milk or warm soy milk, will curdle in hot coffee and your latte will become a “not-te”.

How Much Caffeine Is In Both?

The amount of caffeine in a caffe misto depends on the type of coffee beans you use to brew your coffee. A lighter roast will contain more caffeine, while a darker roast may taste more bitter but have less of a kick. The way it is brewed can also increase its caffeine content. A drip-brewed coffee will hold more caffeine than a French press or pour-over.

Since a latte uses espresso instead of coffee, the amount of caffeine will typically remain the same depending on how many double espresso shots your drink has. Though lattes may have less caffeine than caffe misto, espresso-based drinks are often more expensive at coffee shops due to the more concentrated shot.

How Many Calories Are There?

Below is the calorie chart provided by Starbucks showing the nutritional differences between a caffe misto and a latte. This is for a 16 oz Starbucks cup size. The difference in calories is most likely due to the milk quantity in a latte vs a caffe misto.

How To Make A Caffe Misto 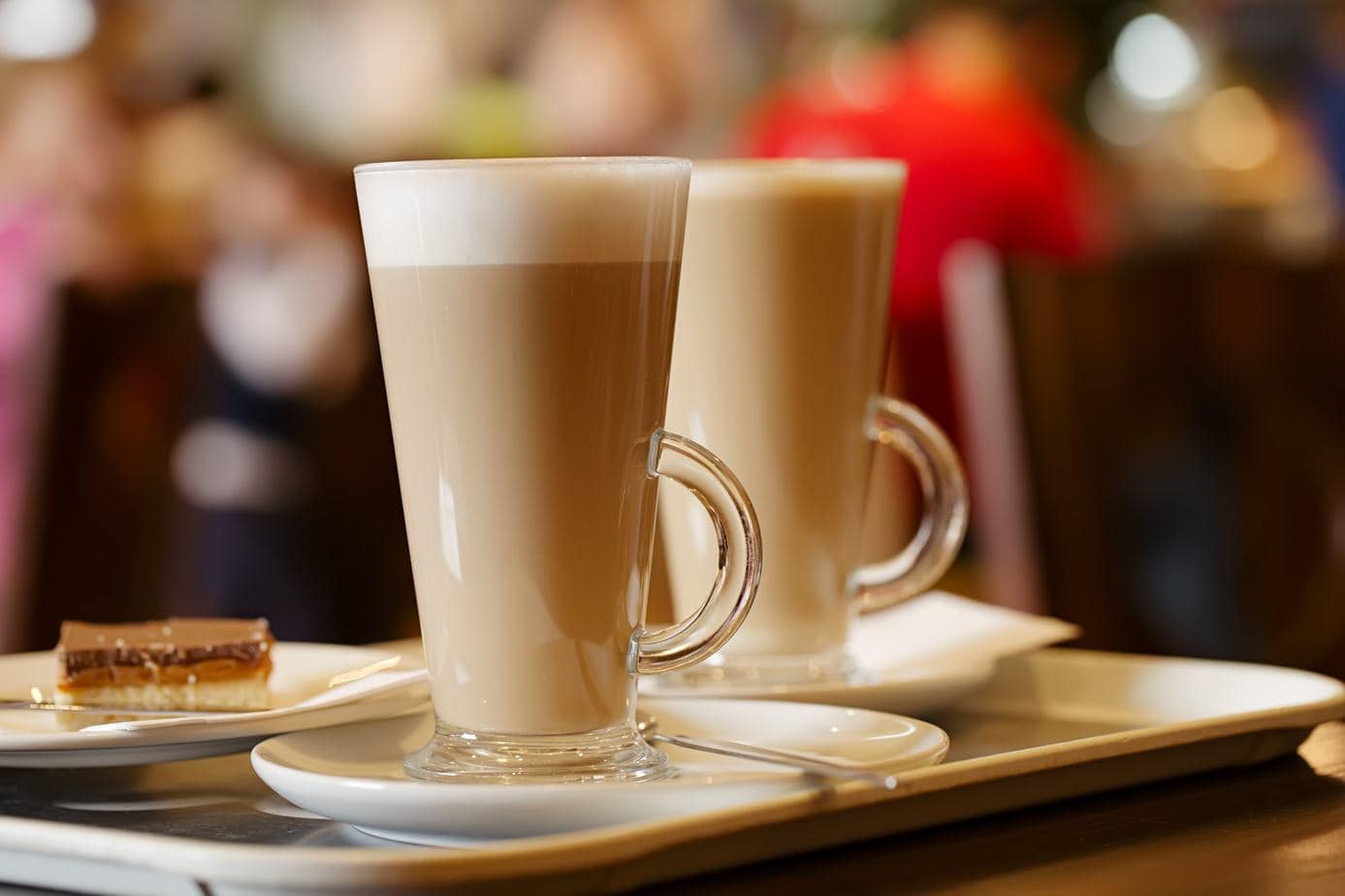 A caffe misto is easy to make at home and doesn’t require a fancy machine or steam wand. The first step is to brew your coffee any way you like. You can use a French press, pour-over, or drip coffee using your favorite coffee beans.

As the coffee brews, heat your milk. You can heat it on the stove and stir it with a whisk to that textured milk feel. It does not have to be boiling, just hot enough to add to your coffee.

After your coffee finishes brewing, fill up your cup halfway and fill up the rest with hot milk. Then your caffe misto is ready to drink! If you like numbers, the step-by-step instructions are repeated below.

Can I Add More Ingredients To My Caffe Misto?

The short answer is yes! The basics of a caffe misto are coffee and milk, but you can add flavored syrups, like pumpkin spice, vanilla, or hazelnut for some sweetness. A dollop of whipped cream on top can give your caffe misto a fuller texture as well.

The same can be done for a latte, though you will need a steam wand to froth the milk properly at home.  Experiment with different flavorings to create the perfect cup of joe for you. 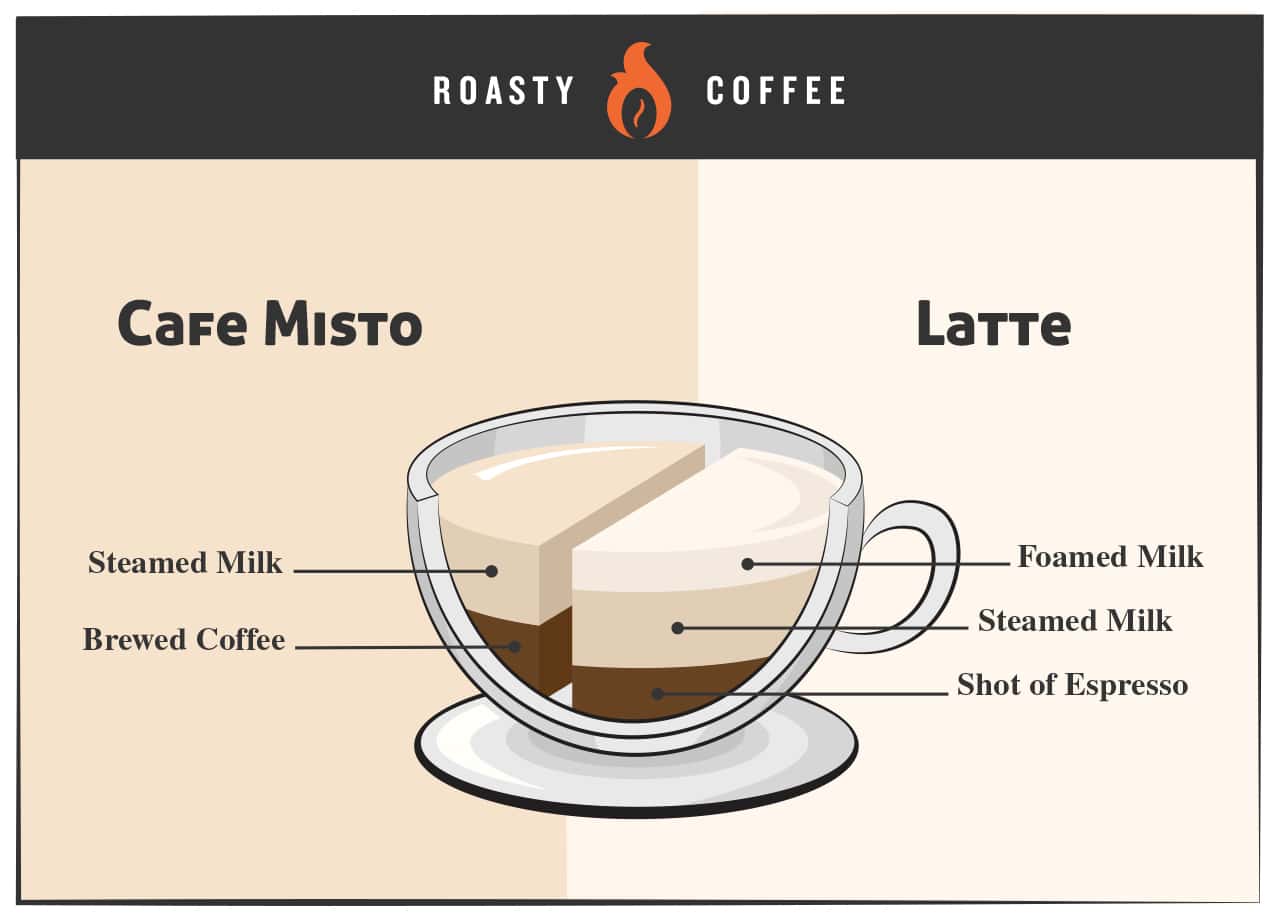 There you have it. Now you know the difference between a caffe misto, otherwise known as a café au lait, and a latte. It’s the coffee vs milk ratio!

Though they both seem to look the same, a latte is an espresso drink while a caffe misto uses brewed coffee. A caffe misto usually has a slightly darker coffee flavor than a latte and is easier to make at home. If you’re looking for a smoother, creamier drink, the steamed milk and foam in a latte may be a better fit for your palate.

Try out both the next time you go to a coffee shop and see which one you prefer. In fact, you can take the Cafe Au Lait vs Latte vs Flat White challenge for a real comparison of the taste of milk in coffee.

Moka Pot vs. Espresso Machine: Which Is Right for You?

Folgers vs. Starbucks: Which Brand Will You Brew?