Officially the Republic of Trinidad and Tobago, this island country is the most southernmost in the Caribbean, consisting of its namesake islands as well as many smaller ones too. The country shares its borders with Barbados, Grenada, Guyana, and Venezuela.

The various coffees of the islands have a long history, one with some ups and some downs. We at Roasty are here to delve into that deep history and give you all a lowdown on it all. Sounds good? Let’s go!

First, the backstory: the islands were inhabited by native Amerindian people before it became a Spanish colony on the arrival of Christopher Columbus and his fleet in 1498. Before the islands changed hands again – this time to the British in 1797 – the Spaniards planted cocoa and coffee.

Just like cocoa, coffee grew particularly well in the Northern Range – a range of tall hills on the country’s biggest island – because of its ideal climate and altitude. At first, this coffee wasn’t exported in any substantial amounts and instead was just consumed by the (very pleased) locals.

Not long after in 1838, a quantity of approximately 20,000 pounds of coffee was exported to the United Kingdom. This was because of a craze that nobody had expected: the coffeehouse. Here, talk of business, creative ideas, and opinions took center-stage, and the fuel for these discussions was the coffees of these Caribbean islands.

Large land reforms in 1870 led to a huge boost in coffee production on the islands due to the increase in world market prices. In 1883, exports of the crop reached 40,000 pounds… business was booming.

But not for long, since the amount of coffee exported declined almost as fast as it rose. In only five years, it dropped from a huge amount in 1883 to only 4,438 pounds in 1888. This was because of a lot of the island’s land used for coffee production was turned into land for cocoa production. Coffee was seen as a less lucrative crop.

While the cocoa production here is thriving and enjoying some kind of a renaissance, the coffee industry is in decline and battling with the odds. Some of the factors contributing to its unfavorable position are high labor costs, farm inefficiency, aging farmers, and the inability of the sector to attract young people.

Farmers on the island attempted to give coffee another lease of life, and in 1892 production rose to 20,000 pounds – but it never again reached the heights of the previous years. Products like cucumber, eggplant, cassava, pumpkin, coconut, sugar, and fish are what the country now predominantly exports.

In this region, there has been rising popularity in coffee shops. The global coffee chain Starbucks has established four outlets over the last year in Trinidad. So it would be easy to assume that coffee drinking is taking over the nation. However, the coffee giants are rarely serving the best locally produced coffee and the best Caribbean coffee is not widely sold in this region. 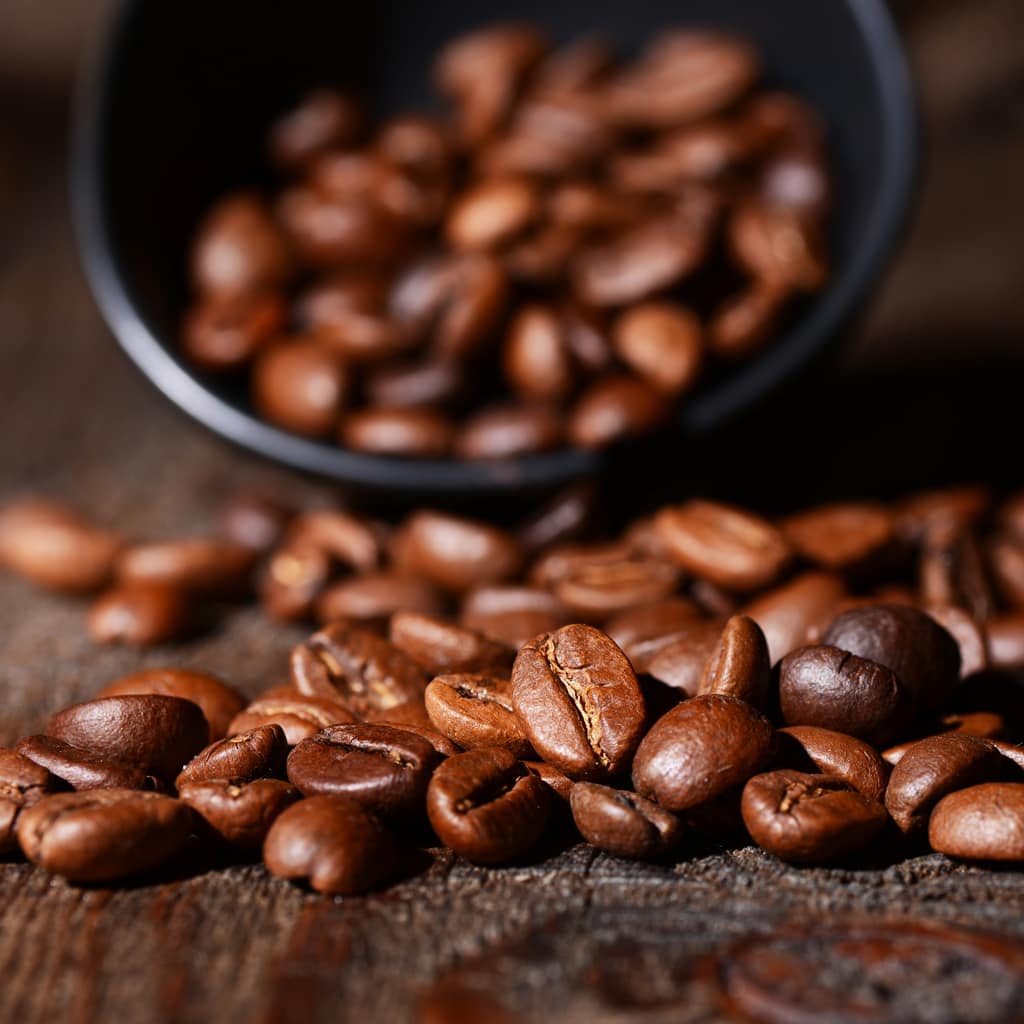 The islands primarily produce Robusta coffee: there are approximately 21 types of it growing there. Unfortunately, due to the small overseas interest in Trinidad coffee, not enough work has been done to identify the precise flavor profiles of all of these coffees.

Even in recent years, there has been more of a reliance on other countries and their coffee production, rather than production on their own soil. Much of the coffee sold as Trinidad coffee is from countries such as Brazil and the USA; in 2012, 215 tons of unroasted coffee beans were purchased from these sources.

There is a chance for the islands to make the most of their coffee, but this would require significant work on promoting their products. It is arguably easier to buy the beans from other sources and to roast them locally. This cuts out the middle-man and is a way to keep the quality of the Trinidad coffee consistent.

Nevertheless, there are companies on these beautiful Caribbean islands that are working hard to make their coffee stand out from the crowd.

In 2013, Cafe Vega began selling its first limited batch of roasted, ground coffee beans that were sourced from the East and South of the main island. Their products currently consist of medium, dark, and premium roasts.

Cafe Vega is a business that is incredibly proud of the coffee they produce, particularly the Robusta. While it’s true that Robusta coffee beans generally fare a little worse than Arabica, Cafe Vega believe there’s untapped potential for Trinidad’s beans. Make way for the Robusta.

Typically, Robusta coffee contains more caffeine and less sugar than Arabica coffee, which makes the drinking experience a little bit harsher. But the crop is much easier to tend on the farm and has a higher yield.

Cafe Vega knows that almost twice as much Arabica coffee is sold compared to Robusta coffee on the world market and that most Europeans are accustomed to standalone Arabica or maybe a blend of the two. The Ivory Coast alone boasts over 700 (!) wild variations of Robusta coffee beans.

Indeed, Trinidad Robusta coffee is not as palatable as some of its close neighbors. For example, one of the most famous coffees from the region, the Jamaican Blue Mountain coffee, is Arabica. Flavor profile to which most people are more accustomed to.

Cafe Vega wants to get the islands’ Robusta on the map – they’re proud to be supporting the farmers of the islands with a selection of their superior Robusta coffee beans.

Not only that, but they’ve secured relationships between selected coffee shops throughout Ireland and the United Kingdom in the hopes that it will bring awareness to and create demand for the various products that make up Trinidad coffee. Converting the land of tea drinkers into the true coffee connoisseurs is truly an admirable cause and we wish them the best of luck because we know that mustn’t be an easy task.

And They’re Not Alone

Roastel Coffee is a family-run business that grows, roasts and distributes fresh, premium coffee from the islands. Roastel Coffee is focused on creating excellent products with their local Robusta coffees.

This business aims to create a new wave of coffee culture, first locally and then, if things go to plan, maybe even further across the world. They want to rival local and international coffee chains and show just how great the coffee Trinidad is.

One of the most popular award-winning companies utilizing artisan roasting to produce hand-selected premium coffees, estate-grown as well as using Arabica beans that rate well alongside other specialty coffee beans is Trinidad Coffee Company.

They pay exceptional attention to the roasting process that has been shaped by decades of experience. It is linked to the scientific side of coffee production. They use their expertise in the chemical processes that happen during the roasting such as rapid-fire endothermic processes, pyrolytic reactions, exothermic processes, and caramelization of sugars, enable them to create a unique harmony between the science and taste.

They use this high level of expertise by creating tailor-made coffee recipes to reflect the different flavor preferences of clients. Committed to going to great lengths to produce the best coffee money can buy, Trinidad Coffee Company is an excellent example of the coffee potential of this country.

Their expert approach and attention to detail have been rewarded with the “Golden Cup Award” recognition received by the Specialty Coffee Association of America.

They also show the connection of specialty coffee to the world and are Fair Trade certified, supporting the communities that grow the coffee and ensuring that they are earning a living wage. The sustainability goes hand in hand with certification by The Rainforest Alliance that is dedicated to conserving biodiversity and ensuring sustainable livelihoods. 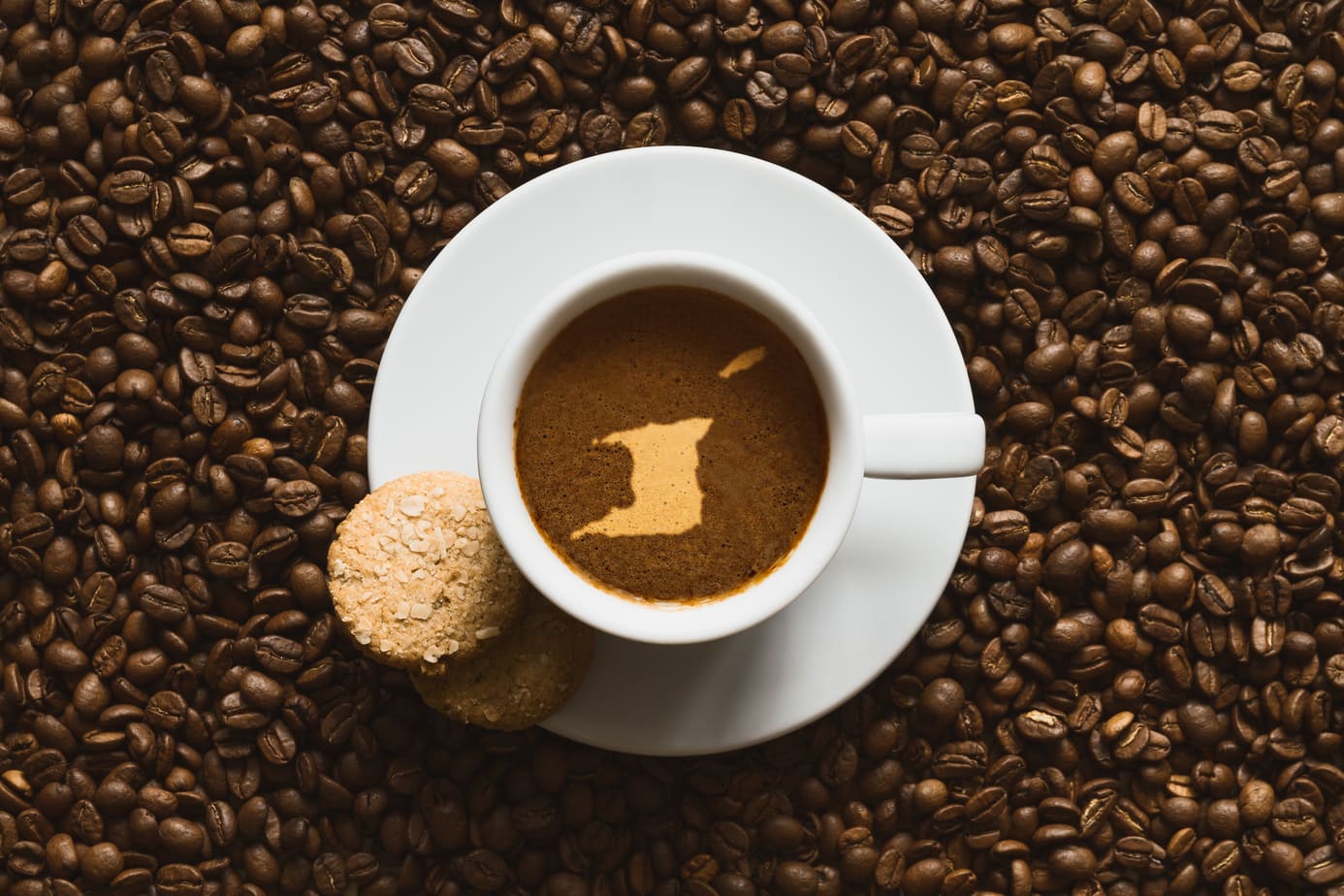 This organization is working to assist the coffee and cocoa farmers of the islands. In collaboration with the Ministry of Labour and Small Enterprise Development, they are aiming to establish small Co-operatives in areas where coffee is grown.

This will provide a much stronger infrastructure for the local farmers and a way in which a more sustainable income is guaranteed for them. Another aim of the organization is to assist these producers in providing their coffee products to local hotels and guest houses.

Here’s To Being Hopeful

The coffee from these beautiful Caribbean islands is making slow but steady progress. The local farmers and businesses are developing coffees that will bring them attention from overseas. Parts of Europe are already big fans of the coffee, and we don’t think it will be long before more of the world gets on board.

Although they have a long way to go, this steadily growing coffee business is taking off in a way that spells sure success. They are the underdogs now, but maybe not for much longer.

The coffee from Trinidad is difficult to source right now, and even though there are companies trying to grow their brand and make coffee from this Caribbean island widely accessible, this is not the case yet. And hopefully, this will change in the future.

How to Clean a Cuisinart DBM-8 Coffee Grinder: 2 Easy Ways